Women and men united to end violence against women and girls 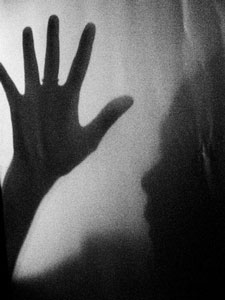 9 March 2009 - Violence against women is a global phenomenon and Viet Nam is no exception. In fact there is evidence that domestic violence is a serious problem in Viet Nam. It occurs in all social classes, in both rural and urban areas, though precise data are lacking. According to a Ministry of Public Security report, in 2005 almost 14 per cent of murders in Viet Nam were related to domestic violence. In the first quarter of year 2006, the rate exceeded 30 per cent. In 2005, in over 60 per cent of divorce cases domestic violence was cited as the reason for divorce.

The good news is that the issue is not buried in the dark any more. Stronger voices have begun to be raised, by women in particular. Also, Viet Nam has recently taken a significant step towards tackling domestic violence by adopting the Law on Domestic Violence Prevention and Control.

Of course, the existence of the law itself does not guarantee that victims receive responsive criminal justice services and cases of domestic violence are effectively brought to court. The roles and responsibilities of the relevant authorities need to be clearly defined and the authorities must have the capacity to fulfill their roles accordingly. The public also needs to be aware of the new law and the criminal justice services that they can expect to receive.

This is what the UNODC assistance aims at achieving. By working together with the Ministry of Public Security and the Ministry of Justice in Viet Nam, the UNODC project aims to contribute to effective prevention of domestic violence through more responsive law enforcement and justice services.