Food for Thought session: UN Security Council Resolution 1325 on Women, Peace, and Security and its link to UNODC mandates 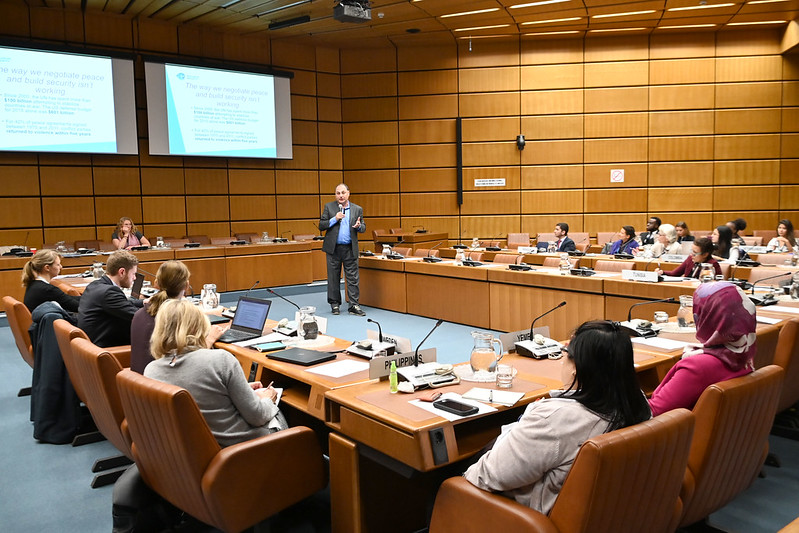 Vienna, 22 November 2019 -To better inform UNODC Member States and staff on the relevance of  UNODC's mandate for United Nations Security Council Resolution (UNSCR) 1325 (2000) and the Women, Peace and Security (WPS) agenda, UNODC's Gender Team invited Miki Jacevic, Vice Chair of Inclusive Security and Senior Fellow at Our Secure Future, to speak on said link. Mr. Jacevic is a seasoned peacebuilding practitioner with over 25 years of work on issues of conflict prevention and resolution, Women, Peace and Security and transitional justice. Over the last decade, he has worked with 50 countries to support the design, implementation and monitoring of UNSCR 1325 National Action Plans.

Having lived through conflict in his native Bosnia and Herzegovina, Mr. Jacevic saw first-hand how women were the ones picking up the pieces of a shattered society and ensuring that their families had what they needed to survive throughout the war. This experience resonates within the work he has now dedicated his life to-the implementation of Security Council Resolution 1325. This resolution was the first of its kind as it acknowledges the disproportionate and unique impact of armed conflict on women and girls. In implementation today, it's primary focuses are on women's agency and the varied contributions women can provide in preventing violence, ending conflicts, and rebuilding societies.

In his presentation Mr. Jacevic brought to light the importance of gender equality and women's empowerment to create peaceful and sustainable societies. He noted that "ample research has proved that including women in decision-making structures both in times of peace and in times of conflict create a better probability for a state to be more prosperous and peaceful.  Women are a resource in any society that simply cannot be overlooked." He also pointed out the importance of raising awareness around the gendered aspects of conflict, as these aspects may be overlooked by the public and policy makers. 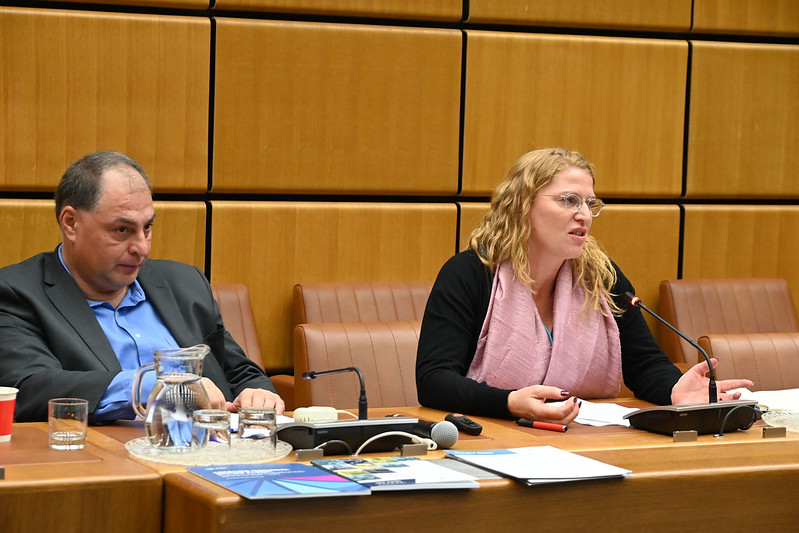 Mr. Jacevic outlined how UNODC's mandate on organized crime, countering terrorism, strengthening crime prevention and building effective criminal justice systems including countering trafficking in human beings, drugs and weapons ties into the Women, Peace and Security agenda with its focus on women's access to justice, creating safe environments for women and girls and terrorism prevention. For instance, an area which has been identified and has become increasingly important in some parts of the world is the fight against organized crime. There is a growing recognition that organized crime has a profound impact on women's safety and as such they need to be included in efforts to combat it. The same goes for terrorism prevention efforts where women need to be included to get a comprehensive understanding of threats and challenges.

Mr. Jacevic urged Member States to support the implementation of the Women, Peace and Security agenda both at home and in the international arena by following up with policy makers on the inclusion of WPS commitments, funding civil society organizations, demanding accountability, and giving recognition to those who deserve it. Mr. Jacevic emphasized that National Action Plans on UNSCR 1325 and the policy makers of these Plans need continued support from the UN to further these processes and push them through on the ground.