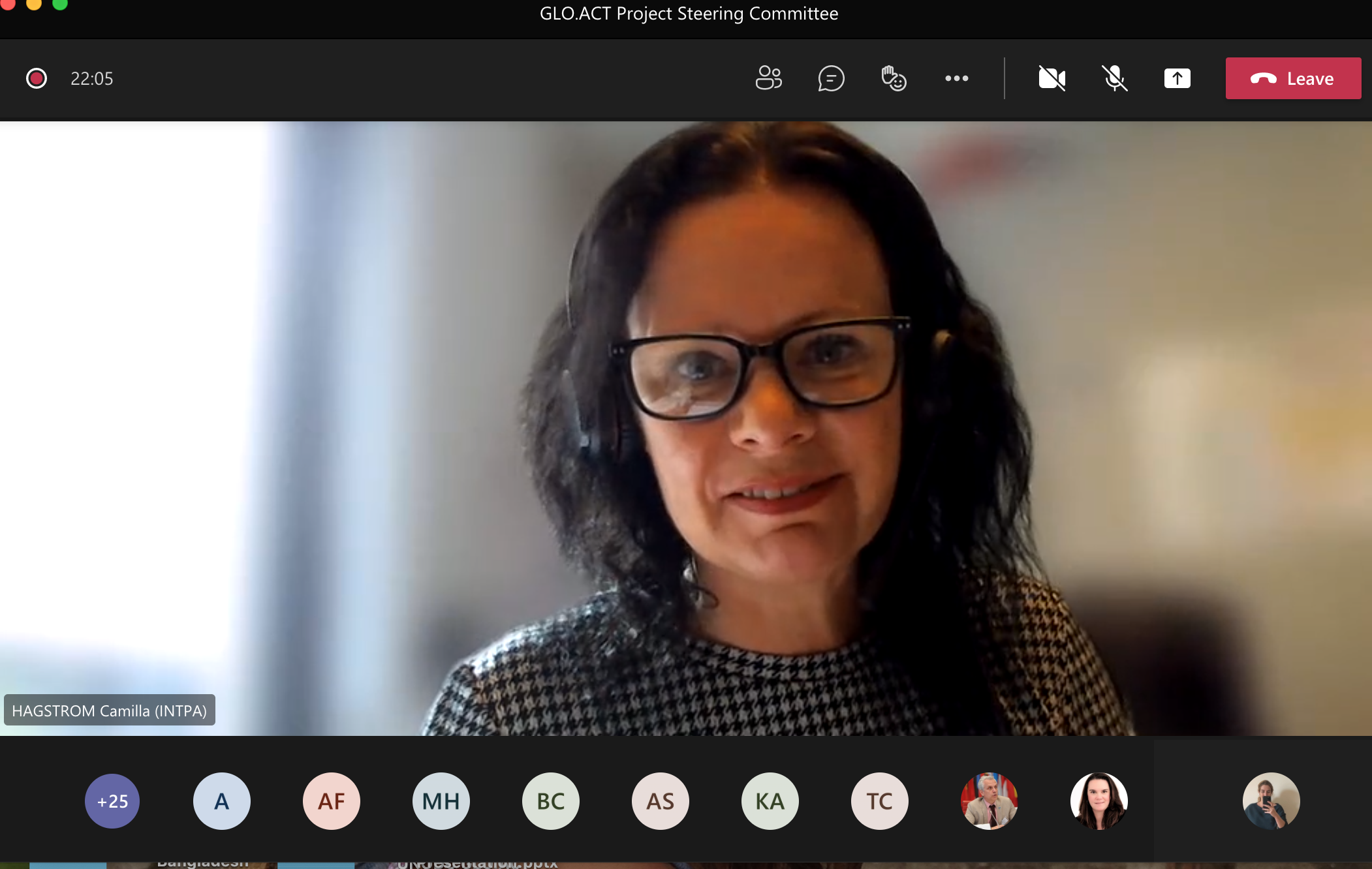 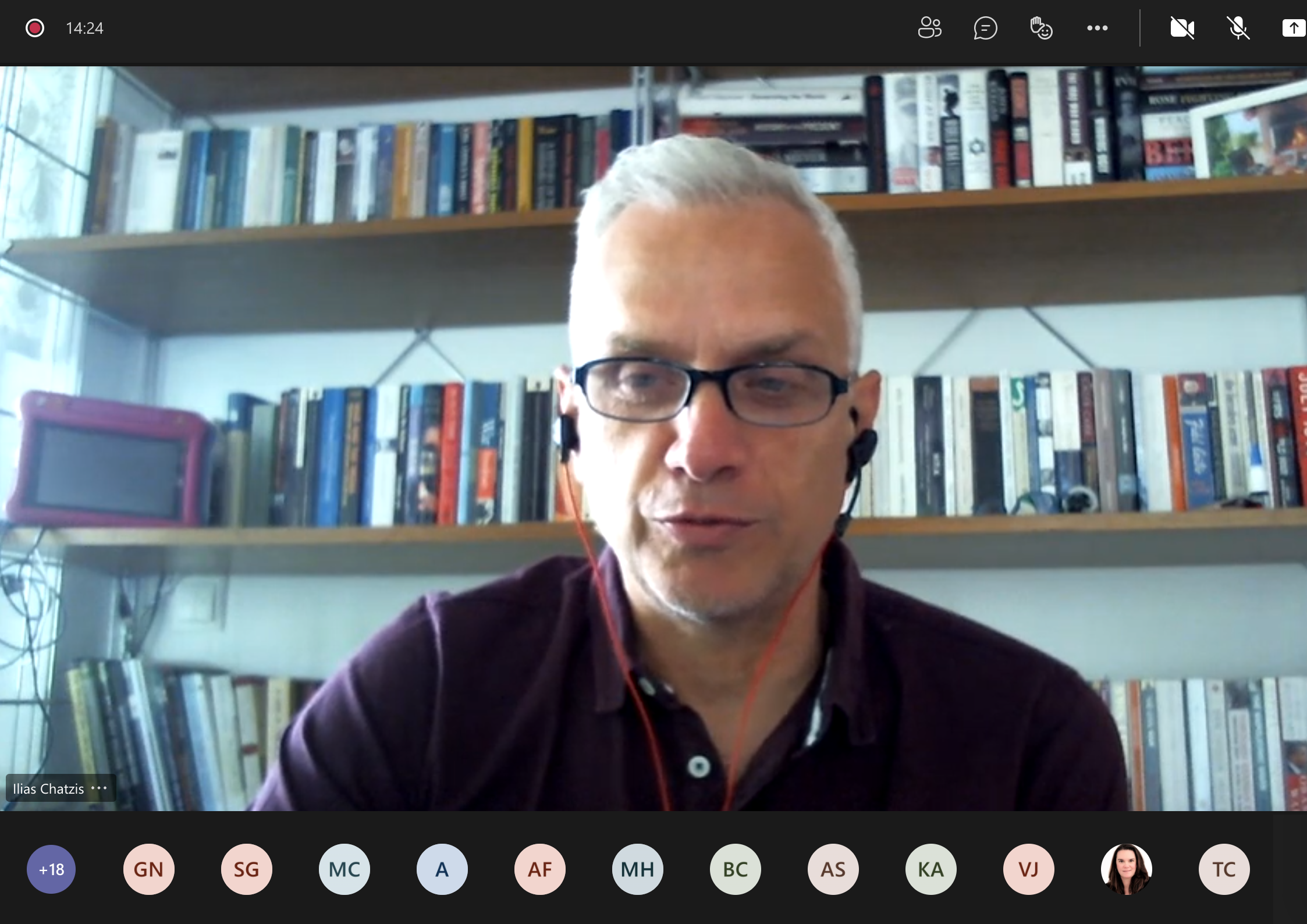 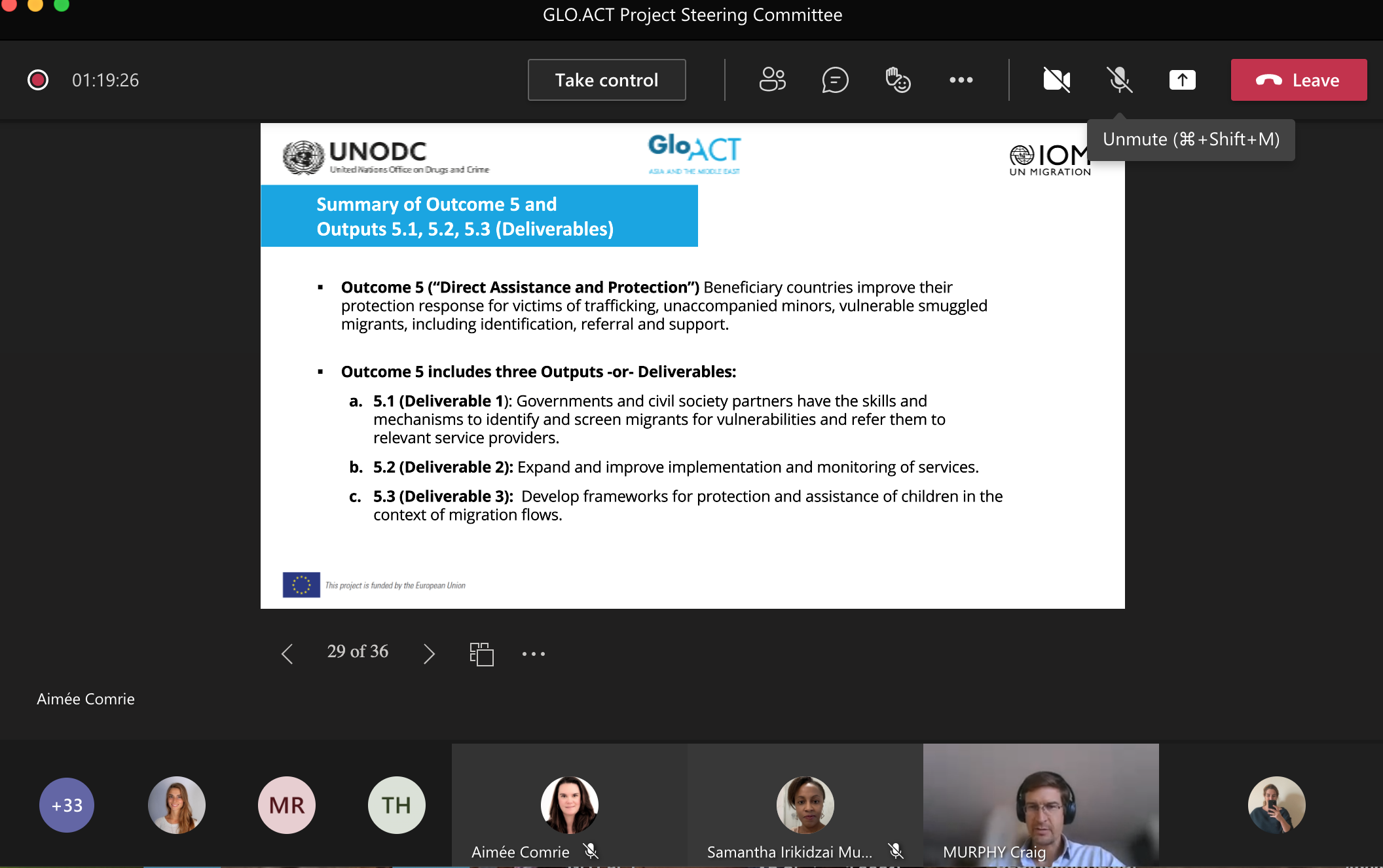 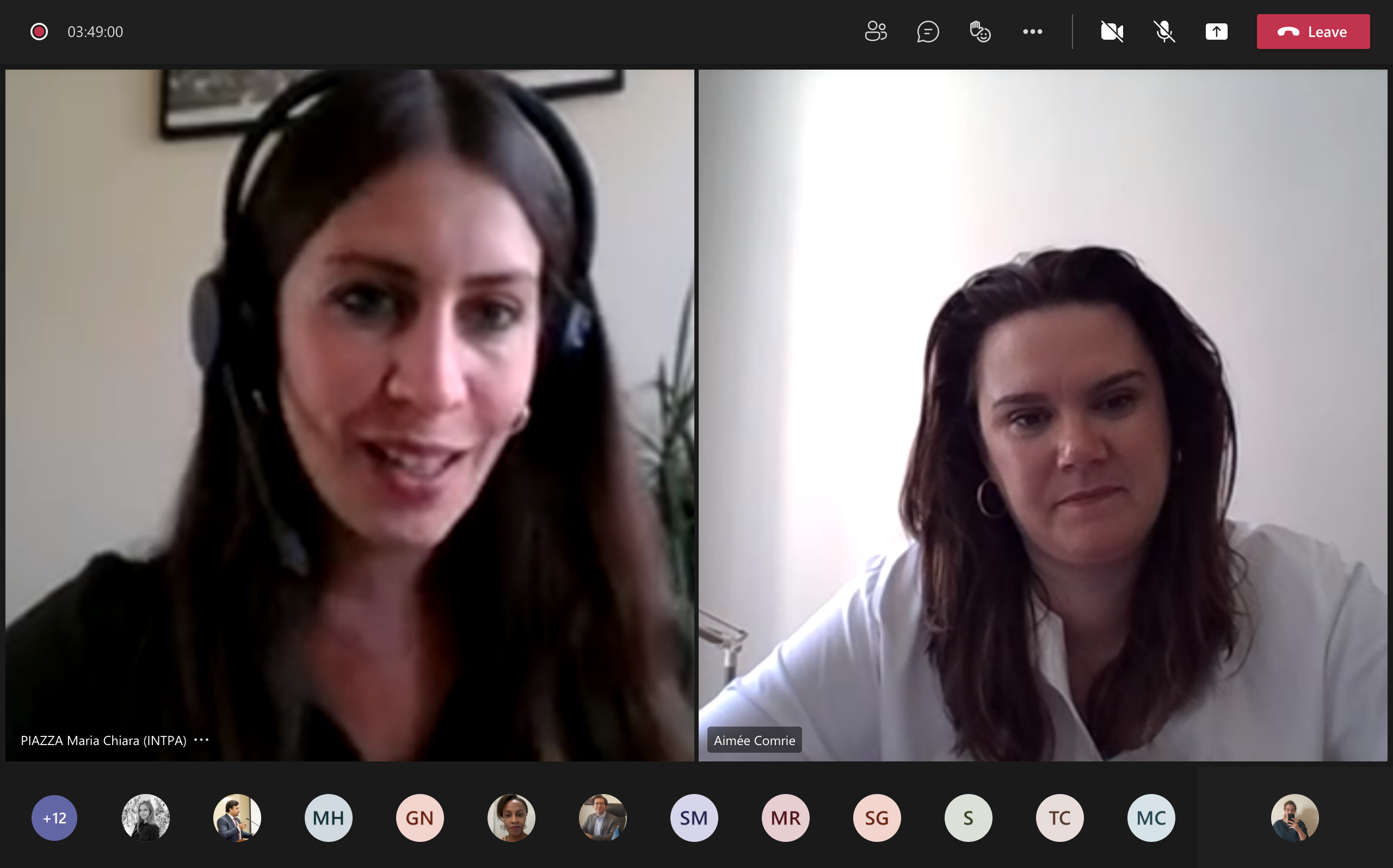 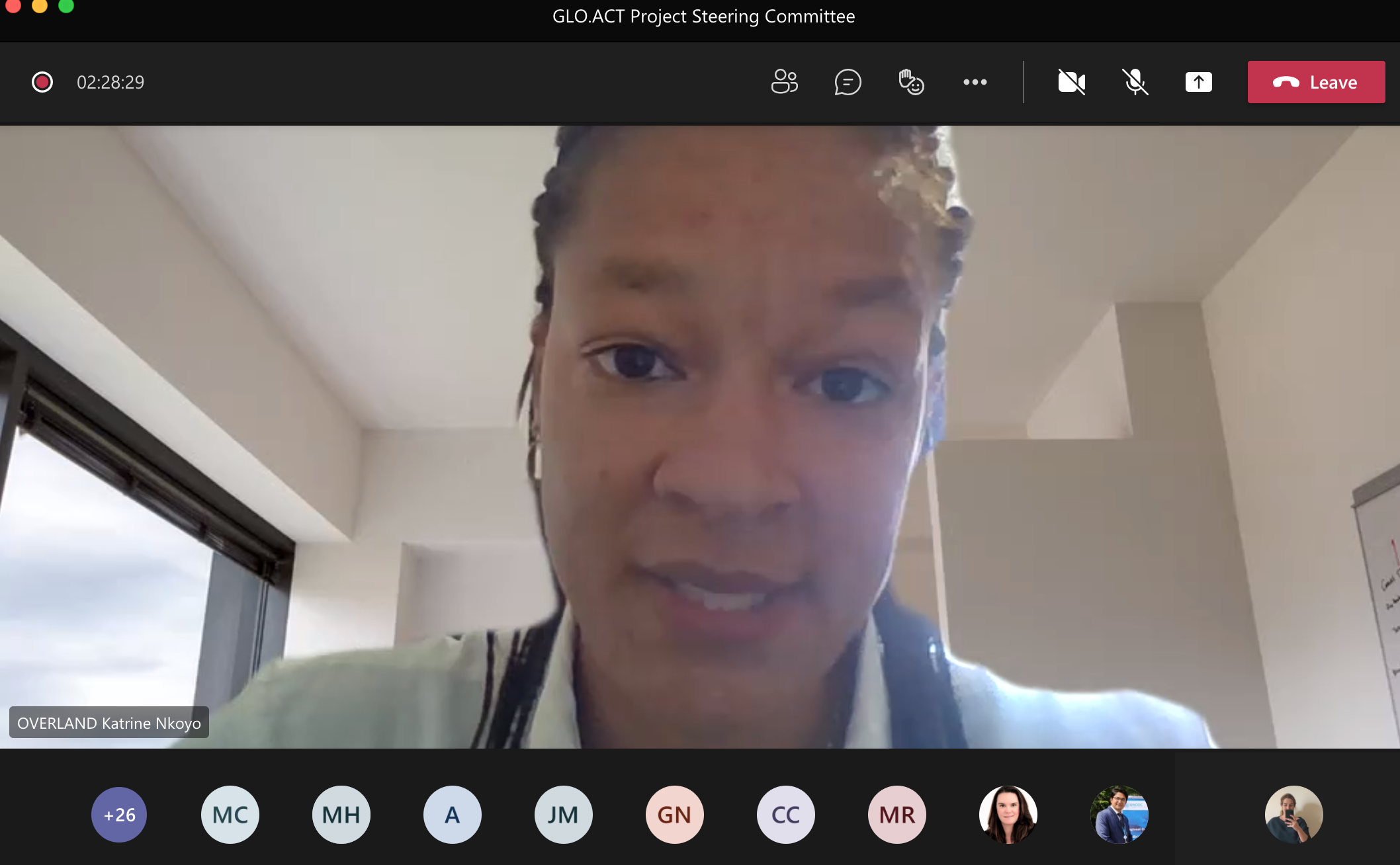 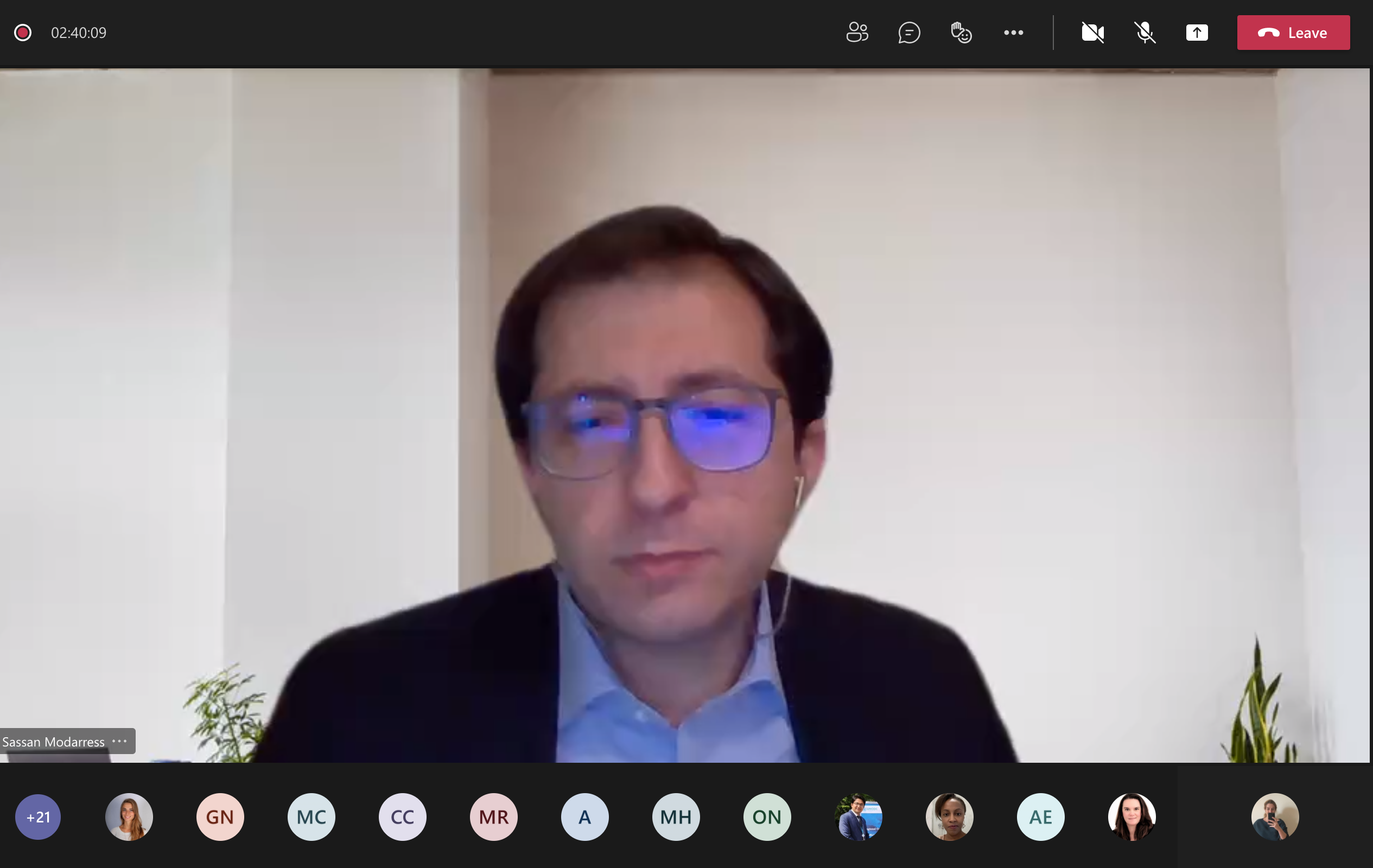 Vienna, Austria - 10 June 2021 – The bi-annual GLO.ACT Project Steering Committee Meetings (PSC) are an opportunity for all partners to discuss the implementation of the project, partnership coordination, decision-making processes, policy consideration, and synergies with other programmes and projects.

The 4th PSC was held online due to COVID-19 imposed travel restrictions around the world and representatives from European Commission (EC), from the Directorate-General for International Partnerships (DG INTPA) and the Directorate-General Migration, EU Home Affairs (DG Home), EU Country Delegations and UNODC and IOM HQ and field staff joined the meeting.

Addressing the participants of the PSC, Ilias Chatzis, Chief, Human Trafficking and Migrant Smuggling Section, said, "For us, GLO.ACT is a flagship project. We are halfway through its implementation, and a significant bulk of the work has already been done." Speaking about the highly volatile and complex political environments GLO.ACT operates in, Mr Chatzis said "The region continues to remain challenging. The departure of the US forces and their allies from Afghanistan will be a landmark moment for peace, stability, and security in the region but also for all the allied issues, including crime rates, flows from the region and of course human trafficking". He concluded by reiterating that "The EU remains a key partner to the United Nations as a whole, and we are proud to join forces with you through GLO.ACT."

Camilla Hagstrom, Deputy Head of Migration and Forced Displacement, European Commission – DG INTPA, echoed Mr Chatzis points on the value of the partnership between the EU and UNODC and GLO.ACT. She said, "I would like to reiterate that also for us, GLO.ACT is a flagship programme, not just in Asia and the Middle East but we see this as something that can be expanded and replicated in other regions." Concluding, Ms Hagstrom mentioned the project's pioneering work on gender, acknowledging that the gender dimension in Trafficking in Persons and Smuggling of Migrants is not a new issue but that the work GLO.ACT undertakes highlights the critical importance of the issue as does the newly adopted EU Strategy on Combatting Trafficking in Human Beings (2021-2025).

The PSC provided UNODC and IOM with the opportunity to update EU colleagues on the progress made regarding the project's implementation across all five partner countries, discuss challenges, point out lessons learnt, and propose solutions.

Maria Chiara Piazza, Project Manager, EU DG-INTPA, concluded the meeting by saying, "It is great to see how the project is implementing on the ground but also how it is really actively contributing policy developments."

The next PSC is scheduled to take place in November 2021.