GLO.ACT convenes 5th meeting of its Women’s Network Advisory Board 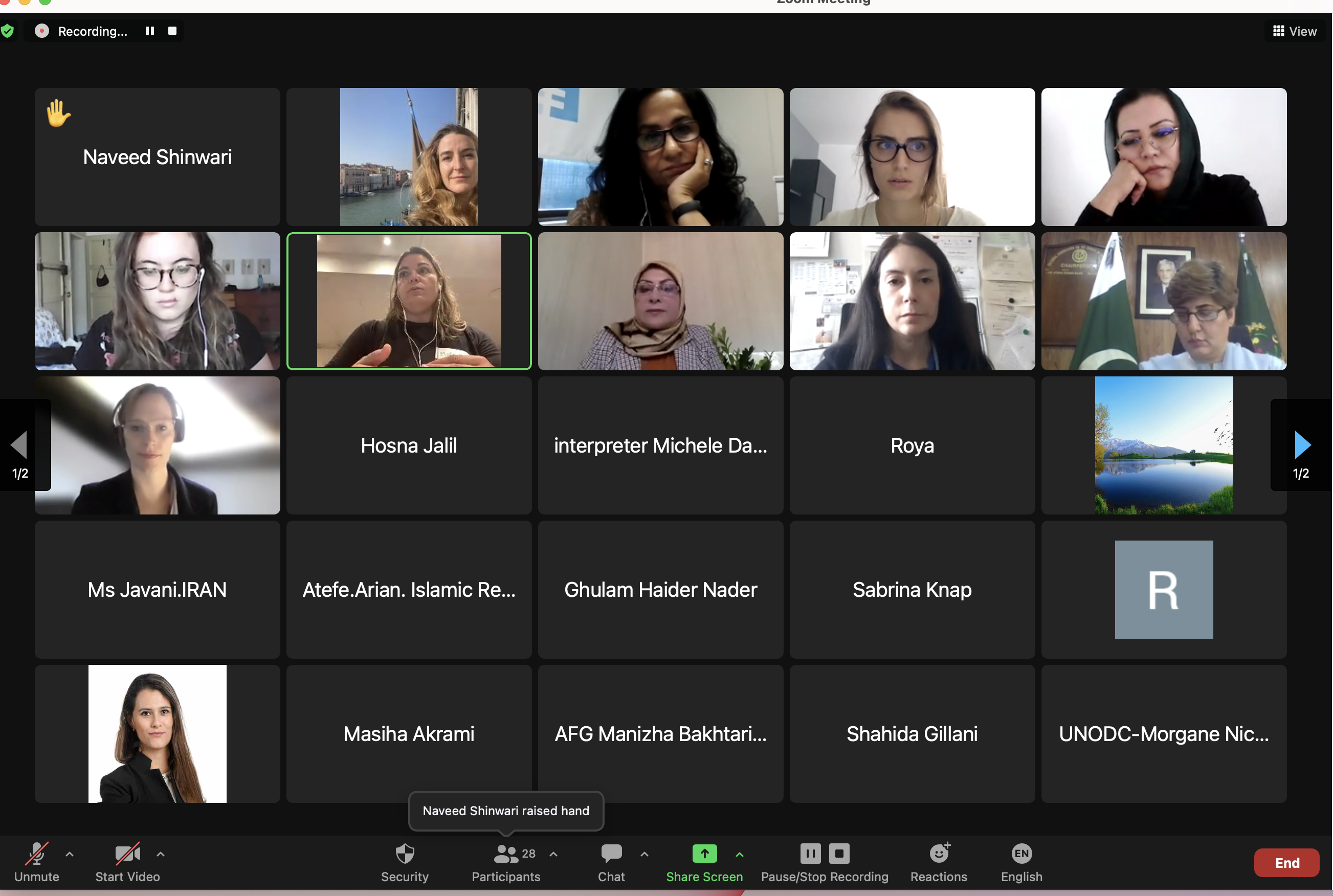 Vienna, Austria – 01 July 2022 – Constituted to help address the gendered nature of human trafficking and migrant smuggling and serious underrepresentation of women in institutions responding to Trafficking in Persons (TIP) and Smuggling of Migrants (SOM), the GLO.ACT Women's Network has grown into an active community of female officials and male champions of women's rights working in policy making, the justice sector, law enforcement, civil society and other relevant local entities.

The Network's Advisory Board, reappointed during the Network's first Annual General Meeting in November 2021, provides advice and guidance on the implementation of the Network's roadmap to action, facilitates cooperation and coordination with relevant national government counterparts, advocates within their sphere of influence towards institutional reform in favour of the empowerment of women and, ultimately, monitors the progress made by the Network.

On 30 June 2022, GLO.ACT facilitated the Network's 5th Advisory Board and in her capacity as Chairperson, Ibtisam Aziz welcomed fellow board members and introduced Maria Bashir, newly appointment board member for Afghanistan.

The meeting provided an opportunity for Advisory Board members to discuss regular board matters and to take stock. UNODC GLO.ACT Team members also took the opportunity to present the outcomes of the 2022 Board Advisory survey and on progress made implementing the Roadmap to Action 2022.

With a clear focus on ensuring the substantiality of the Network, the meeting also provided an opportunity for Morgane Nicote, UNODC/HTMSS Knowledge Development and Innovation Team Leader to introduce KNOWTS. KNOWTS is a specialized virtual knowledge hub that aims to communicate, connect, engage, and collaborate effectively with ones own branded network of groups working on counter TIP and SOM.

The next Advisory Board meeting is set take place in December 2022, with Network activities continuing to be implemented throughout 2022.

13 Advisory Board members (11 female; 2 male) participated in the meeting.

To find out more about the Women’s Network and GLO.ACT, please check: