GLO.ACT facilitates a workshop on legislation and possible solutions to counter migrant smuggling 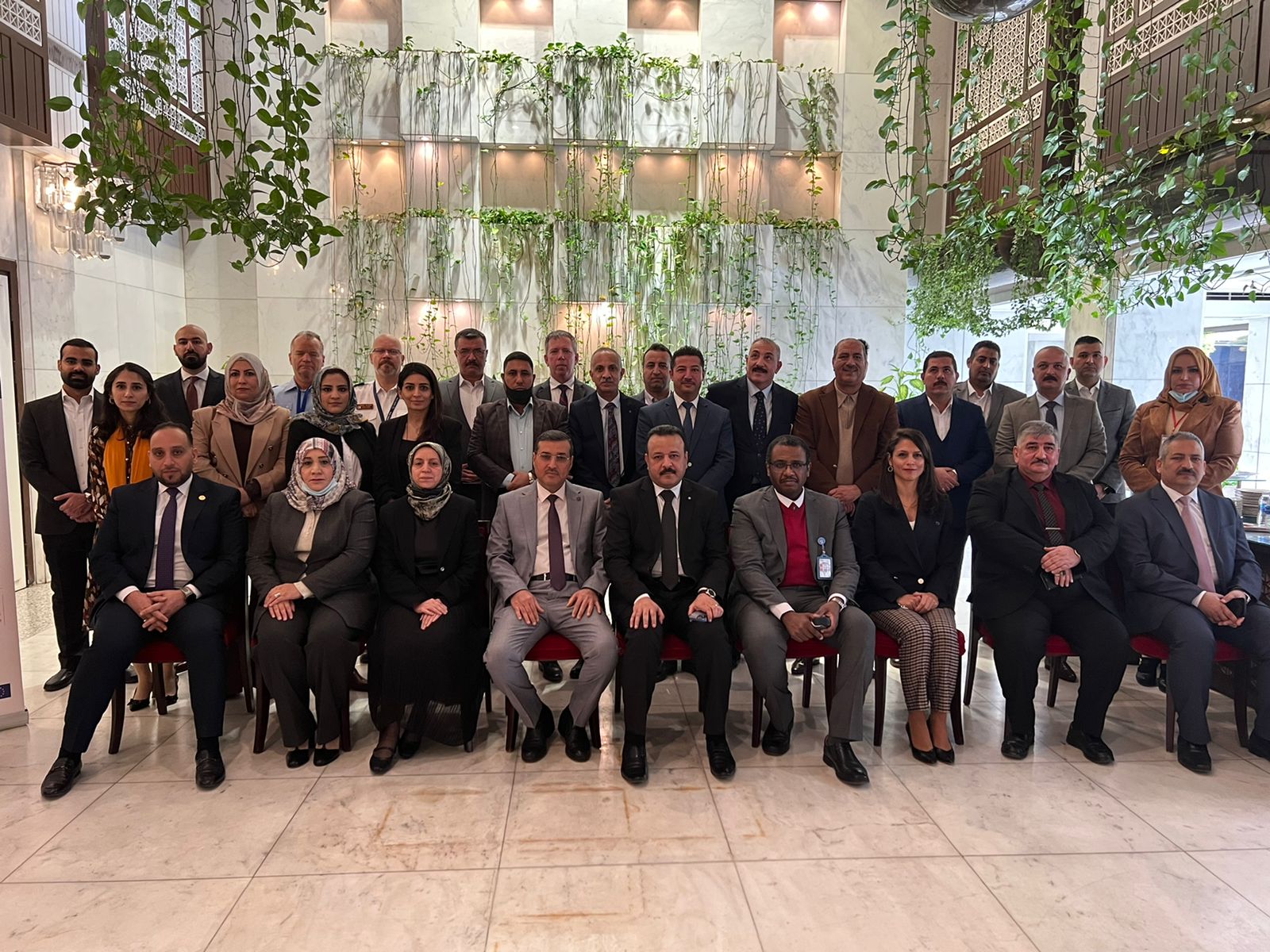 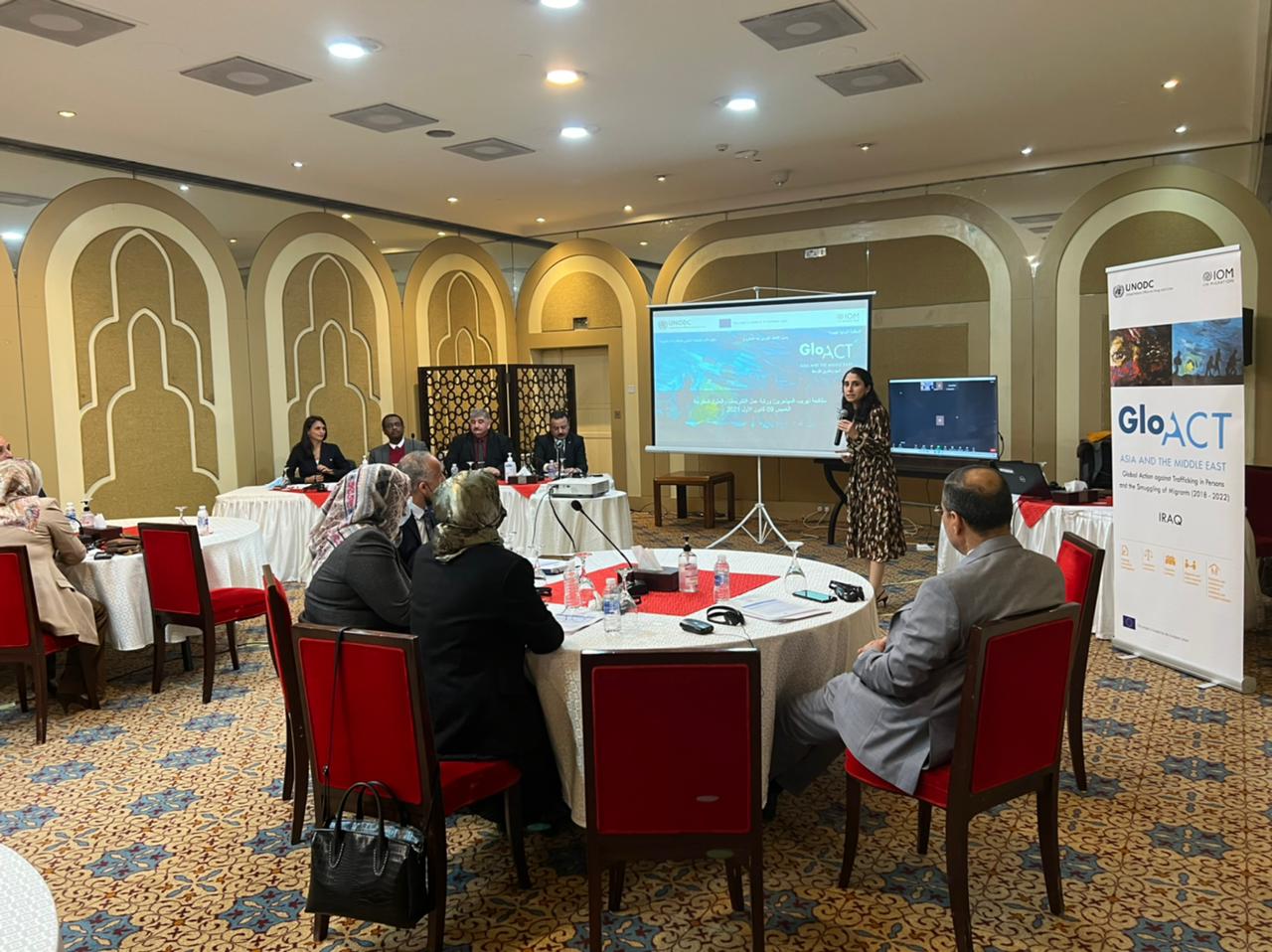 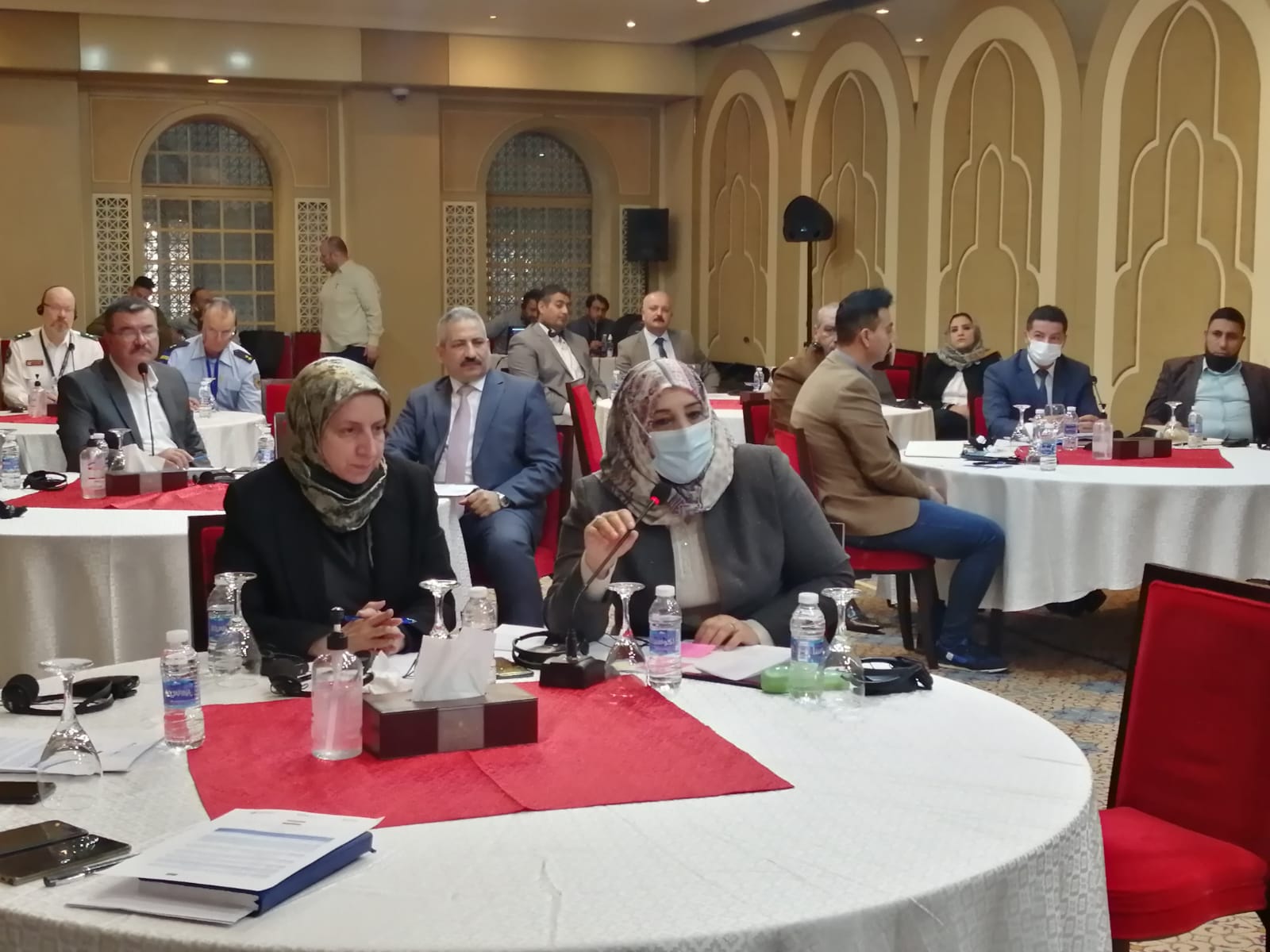 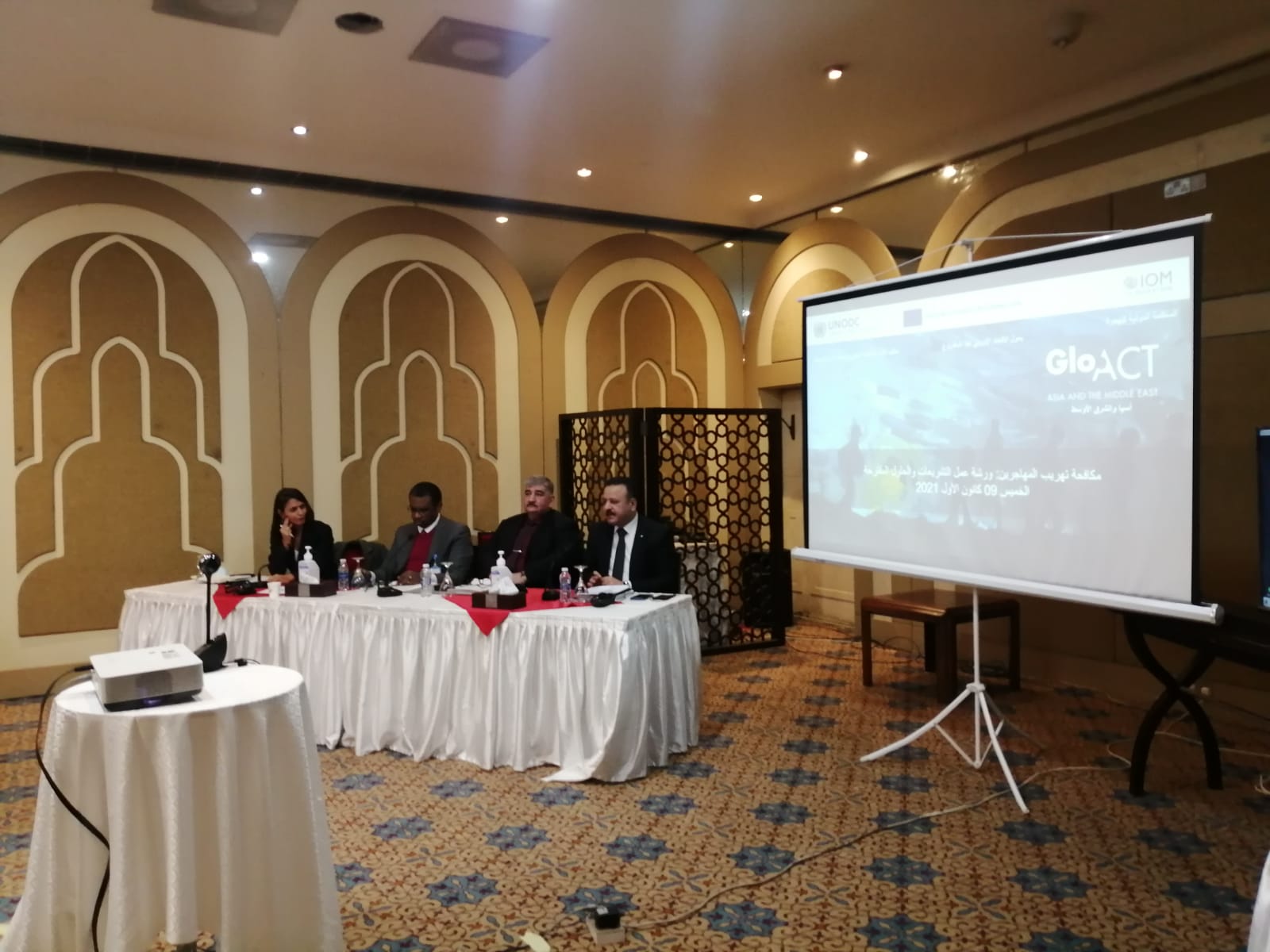 Baghdad, Iraq - 20 December 2021 – The issue of migrant smuggling and how best to address this crime has gained momentum in Iraq. To support Iraqi counterparts UNODC, under the framework of the GLO.ACT Action against Trafficking in Persons and Smuggling of Migrants (GLO.ACT-Asia and the Middle East), organized on 9 December 2021 a workshop bringing together a diverse group of governmental stakeholders to identify pathways likely to facilitate the drafting of national legislation on the Smuggling of Migrants (SOM).

During the workshop, representatives from the State Council, the Higher Judicial Council, various departments of the Ministry of Interior, including the Anti-Trafficking in Persons (TIP) unit and its sub-offices, the Ministry of Migration and Displacement, which has SOM as its mandate, discussed the importance to draft legislation that is contextualized and addresses the needs of returning vulnerable migrants.

The workshop also allowed participants to hear about what steps other Member States have undertaken to meet their international obligations under the Protocol against the Smuggling of Migrants by Land, Sea and Air, supplementing the United Nationals Convention against Transnational Organized Crime.

Taking the opportunity to emphasize the importance of having legislation and procedural guidance that is relevant to the Iraqi context, Dr Mazin Lilo from the Iraqi State Council also explained that this needs to be adapted to the needs of Iraqi people to ensure that the work to combat migrant smuggling is comprehensive and inclusive, adding “the proposed law needs to be consistent with international standards. Iraq needs to harmonize its legislation with international conventions”.

Ali Elbereir, UNODC Senior Program Coordinator/Iraq Head of Office, addressed the workshop, emphasizing the importance of collaboration with and between governmental stakeholders. He said, “UNODC role is not to teach, but to learn from the different expertise stakeholders have in this workshop and support the process of Iraq fulfilling its obligation under the Protocol.”

Meanwhile, Iba Abdo, Representative of the Delegation of the European Union (EU), Iraq, said: “This is an especially timely workshop given recent events, and the EU welcomes the determination of the Iraqi authorities to develop an effective response to SOM. We highly encourage a discussion on what Iraqi institutions can do to combat smuggling while waiting for the development of a dedicated law.”

IOM, UNHCR, and EUAM also presented their work in Iraq and, in particular, their work regarding SOM. UNHCR addressed the issue of mixed migration flows and the subject of international protection. While EUAM team spoke of their work on supporting Iraq with border control. At the same time, IOM addressed terminology regarding migration as well as an overview on the Global Compact for Migration. IOM also explained the Displacement Tracking Matrix (DTM), IOM’s information management system to track and monitor population displacement during crises. There was also a brief on migration figures and migrant profiles.

Samantha Munodawafa, GLO.ACT Policy Lead presented the international protocol, and provided a review of the Egyptian law on migrant smuggling. Ms Munodawafa explained that developing legislation on SOM is a critical step towards dismantling organized criminal groups that profit from this crime.

The workshop also included sessions on smuggling and investigation techniques facilitated by Martin Reeve, GLO.ACT Regional Advisor. Mr Reeve explained why it is essential to understand the difference between SOM and Trafficking in Persons (TIP). He talked participants through some of the key considerations for national security and why developing national legislation on migrant smuggling should be a priority to help better address the crime. Concluding his interventions, Mr Reeve also flagged cross-cutting human rights issues and considerations. He emphasized that international cooperation is essential to ensure successful SOM investigations.

On the issue of mainstreaming gender and human rights considerations into combatting migrant smuggling Zubaida Shakir, GLO.ACT Nation Project Officer, Iraq, referred to the 16 Days of Activism, adding that gender is a crucial dimension, and a greater understanding of migration as a gendered phenomenon is vital as it allows States to better protect migrant women and girls from gender-based discrimination, abuse, and exploitation along their migration journey. Ms Shakir further explained that "we need to move beyond binary thinking about gender. Our work needs to be inclusive of persons with different sexual orientations and gender identities.”

One of the positive outcomes of this workshop was the discussion between different government departments bridging a wide range of expertise and views, including high-rank official and operational staff (14 male; 8 female). The meeting allowed participants to agree on the importance and urgency of initiating the legislative process and pathway. Following the workshop, the GLO.ACT team began further coordination with State Council to support the drafting of the law and is following up on forming a drafting Committee. GLO.ACT will also hold another workshop on combatting SOM in the Kurdistan region to ensure an aligned approach. Following the initial part of the drafting process, GLO.ACT plans to hold additional joint legislative workshops with representatives from federal Iraq and the Kurdistan region authorities.