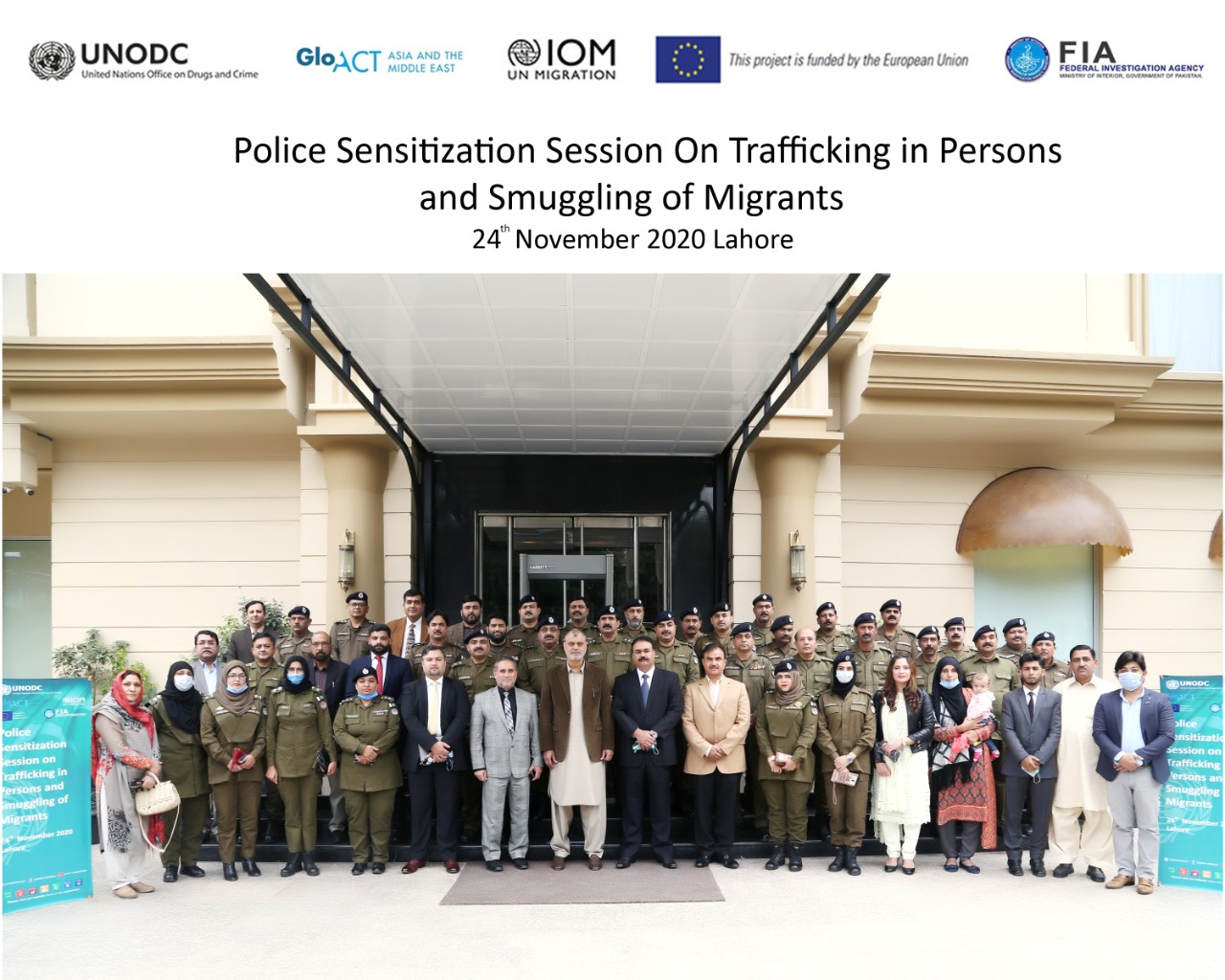 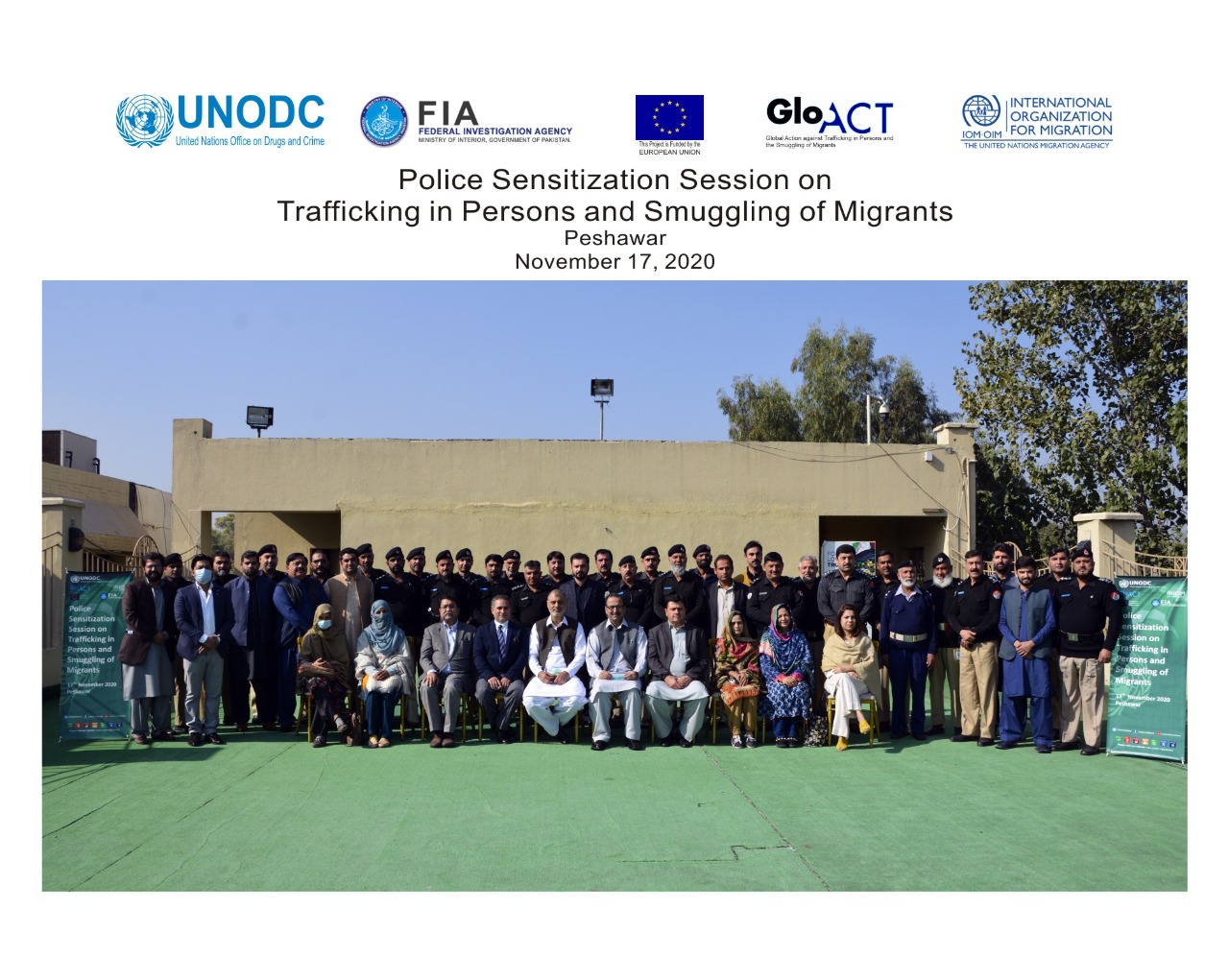 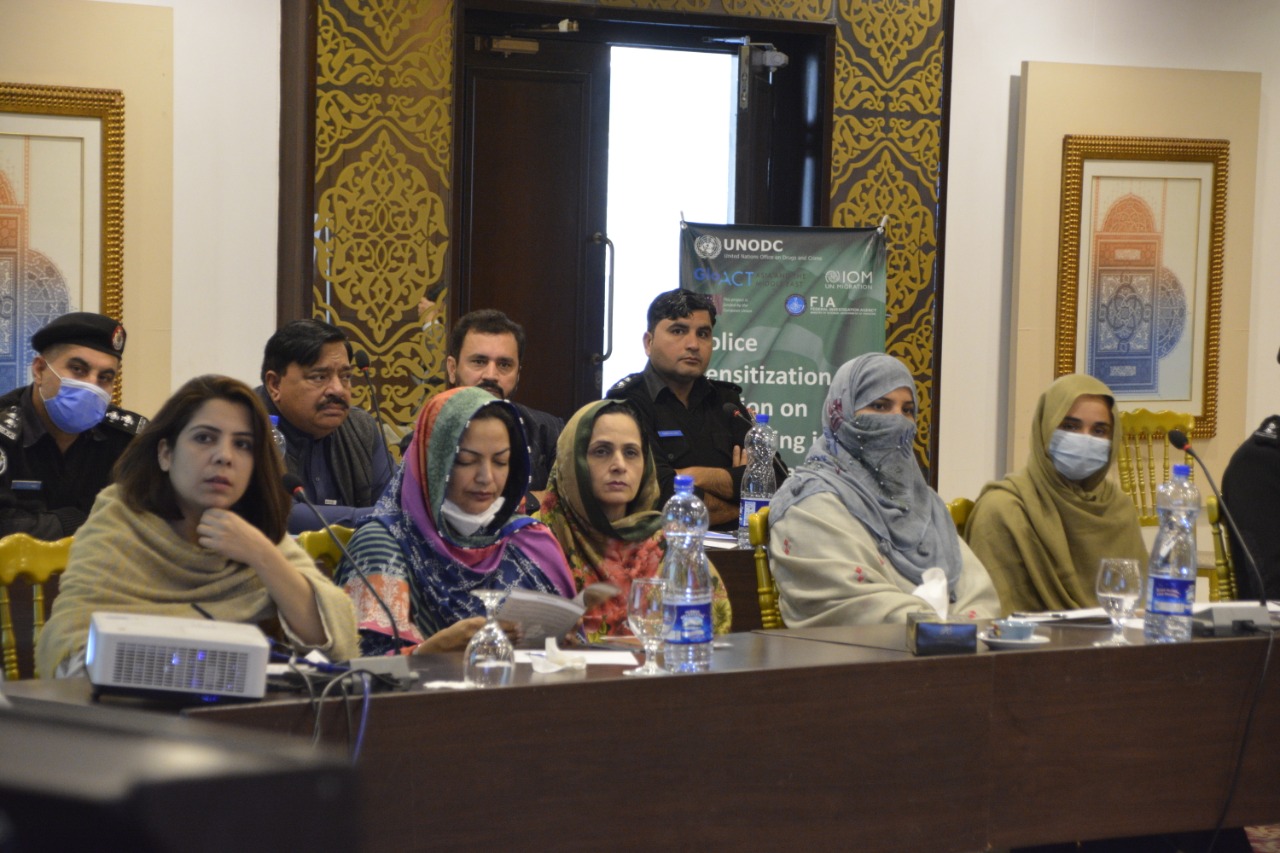 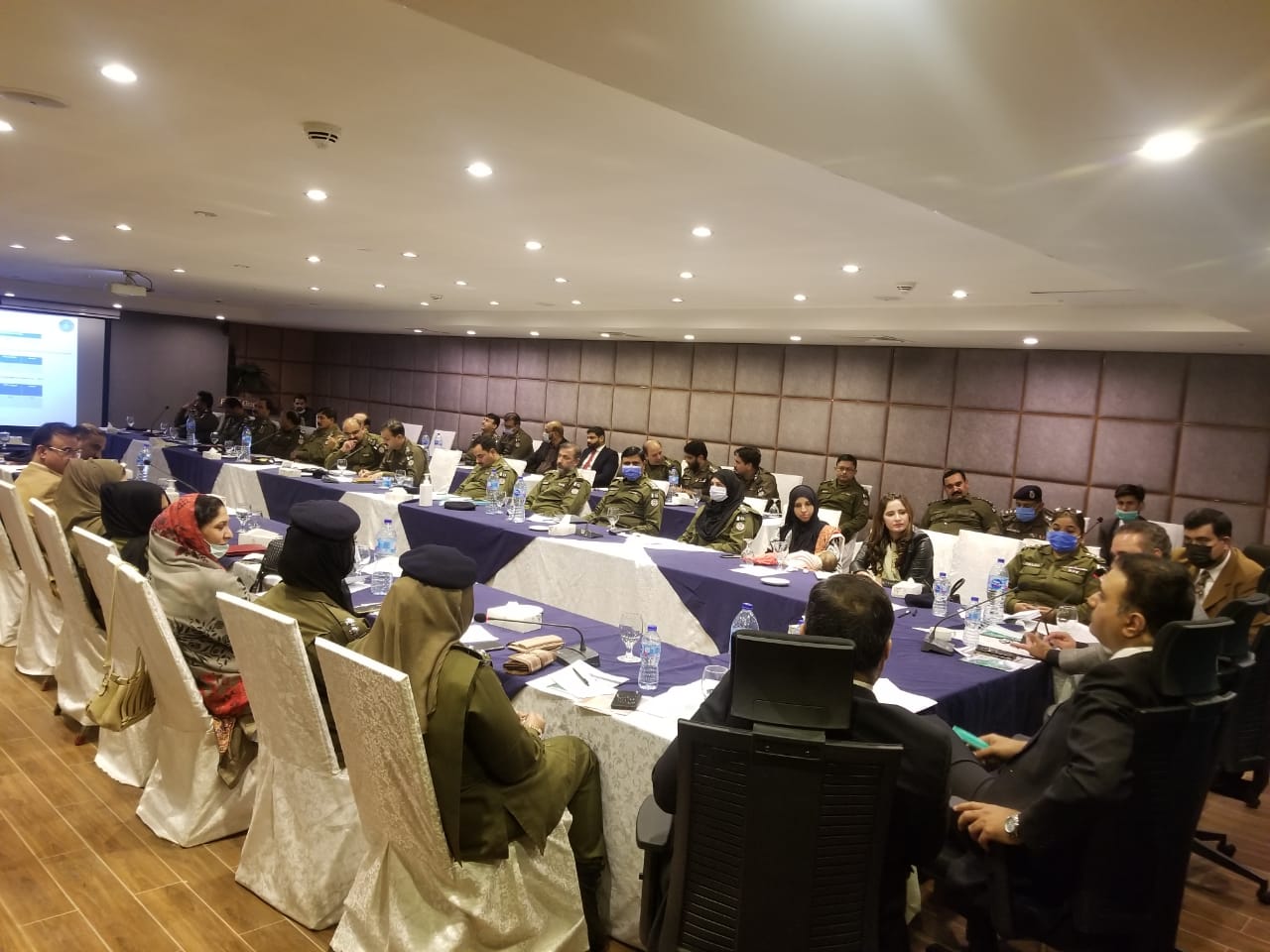 Peshawar and Lahore, Pakistan - 26 November 2020 – UNODC, under the EU funded Global Action to Address Trafficking in Persons and the Smuggling of Migrants (GLO.ACT – Asia and the Middle East), conducted two sensitization sessions on “The Prevention of Trafficking in Persons Acts, 2018” and "The Prevention of Smuggling of Migrants Acts, 2018" with 78 (15 female, 63 male) representatives from the police, the Federal Investigation Agency  (FIA) and provincial social welfare and labour departments of Khyber Pakhtunkhwa and Punjab province. The sessions took place in Peshawar, KP on 17 November 2020 and on 24 November 2020 in Lahore, Punjab. The purpose of these sessions was two-fold: to raise the awareness of relevant stakeholders on how to prevent and respond to Trafficking in Persons (TIP) and Smuggling of Migrants (SOM) and to provide better insights into victim protection and assistance frameworks.

The main objectives of the sessions were to:

Sardar Zaheer Ahmed, Director Ant Human Smuggling (AHS) branch of FIA, welcomed the participants on behalf of the FIA and expressed his gratitude to UNODC for providing technical assistance in organizing such important events. He further explained to the participants that, “with the promulgation of the new laws on TIP role of the police is clearly defined and enhanced in internal trafficking cases”.

Basharat Mehmood Shehzad, Additional Director General of the Federal Investigation Agency, in his presentations emphasised on the importance of new laws and said, “These laws define the acts of TIP and SOM in a way that separates the two crimes, thereby paving the way for the police to assist in the swift and speedy delivery of justice to those who seek it and those who earned it”. He further added that “before the enactment of these laws, these crimes were broad and non-specific, thus, the actors of the justice system faced challenges that barred them to play role in victim’s protection, assistance, and compensation”.

In the end participants pointed out the lack of awareness and lack of coordination among relevant law enforcement agencies as a key challenge. Lack of trust in law enforcement agencies was also flagged as a concern. Victims of these crimes also do not come forward often to report perpetrators which, in turn, negatively impacts the cases. One of the participants said, “New enactments, related to Trafficking in Persons and Smuggling of Migrants, are new to us and we had no prior knowledge of this important legislation”. Another participant said “We are now much cleared about our roles and responsibilities regarding trafficking cases – previously we were of the view that trafficking cases are the FIA’s responsibility”

The Global Action against Trafficking in Persons and the Smuggling of Migrants – Asia and the Middle East (GLO.ACT-Asia and the Middle East) is a four-year (2018-2022), €12 million joint initiative by the European Union (EU) and the United Nations Office on Drugs and Crime (UNODC) being implemented in partnership with the International Organization for Migration (IOM) in up to five countries: Islamic Republic of Afghanistan (Afghanistan), Islamic Republic of Iran (I.R. of Iran), Republic of Iraq (Iraq), Islamic Republic of Pakistan (Pakistan). The project builds on a global community of practice set in motion in GLO.ACT 2015-2019 and assists governmental authorities and civil society organizations in targeted, innovative and demand-driven interventions: sustaining effective strategy and policy development, legislative review and harmonization, capability development, and regional and trans-regional cooperation. The project also provides direct assistance to victims of human trafficking and vulnerable migrants through the strengthening of identification, referral, and protection mechanisms.