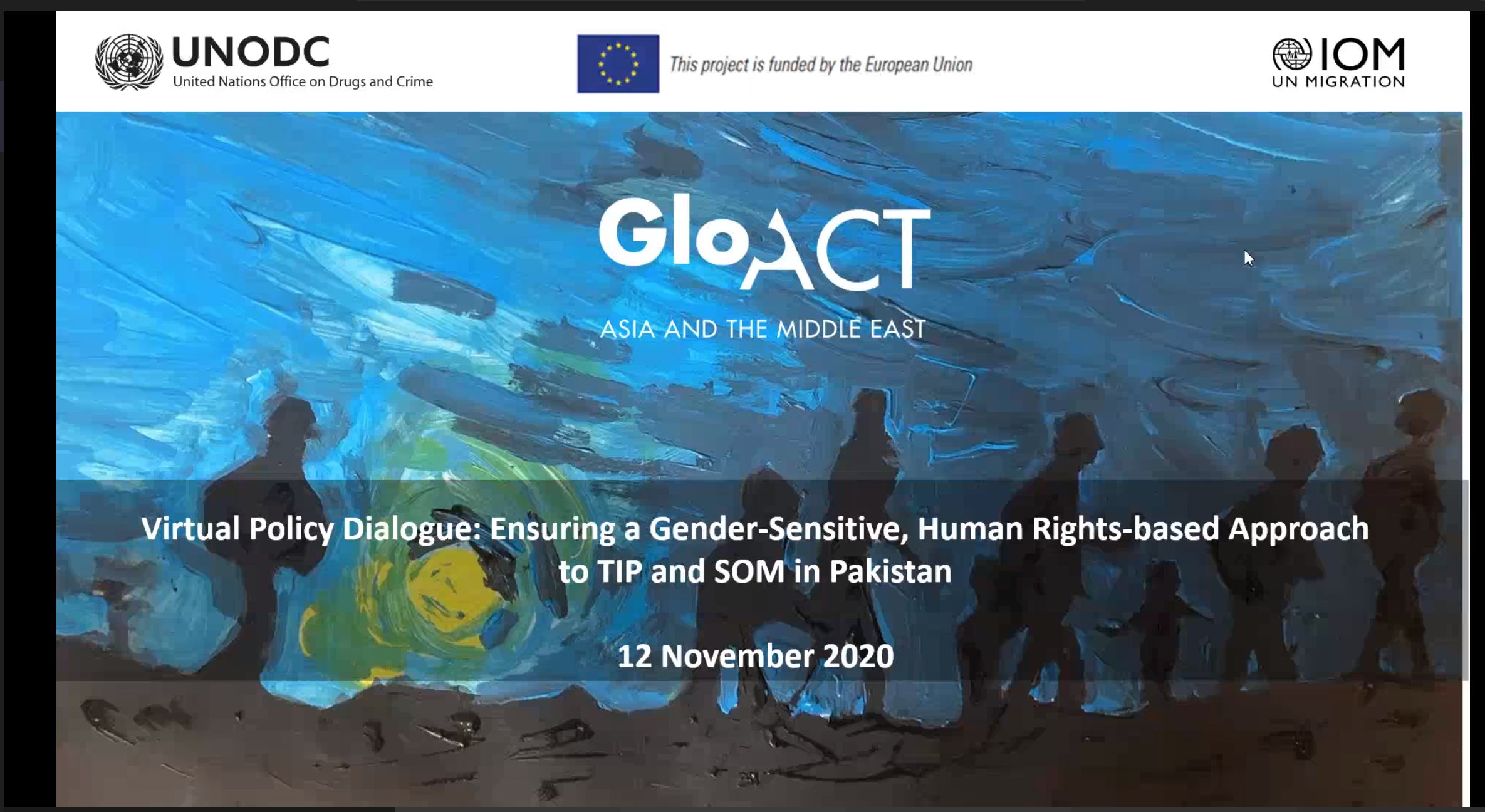 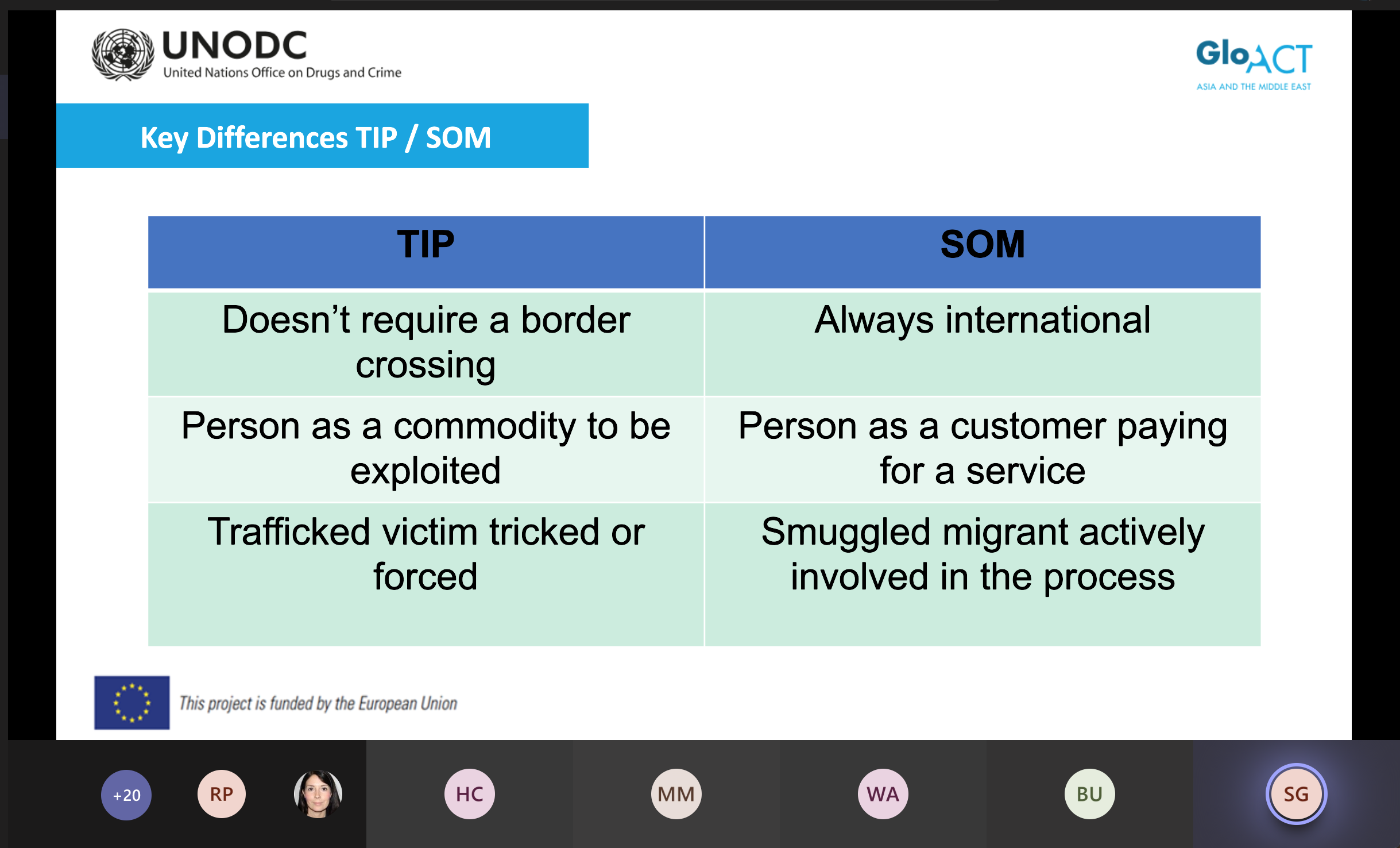 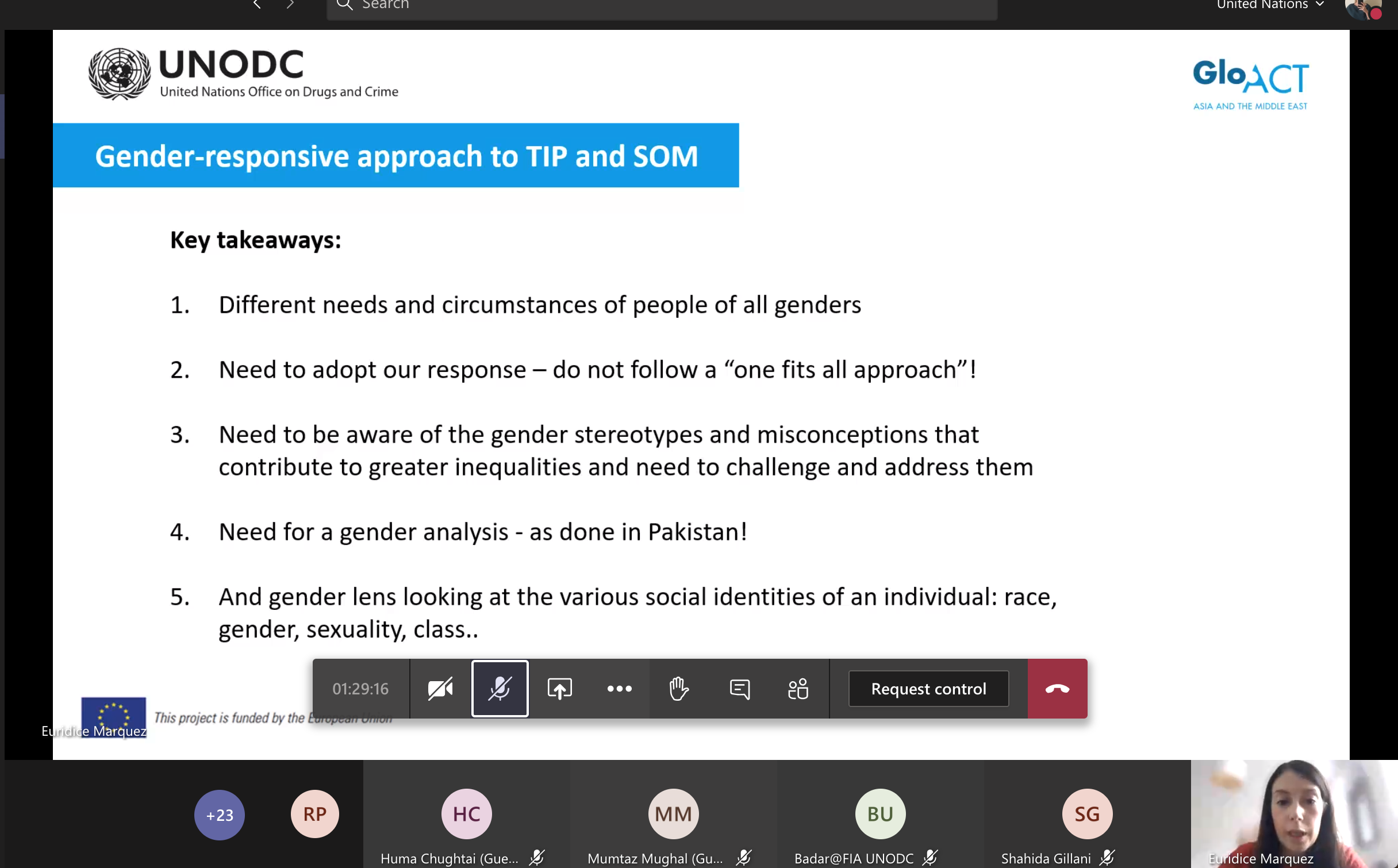 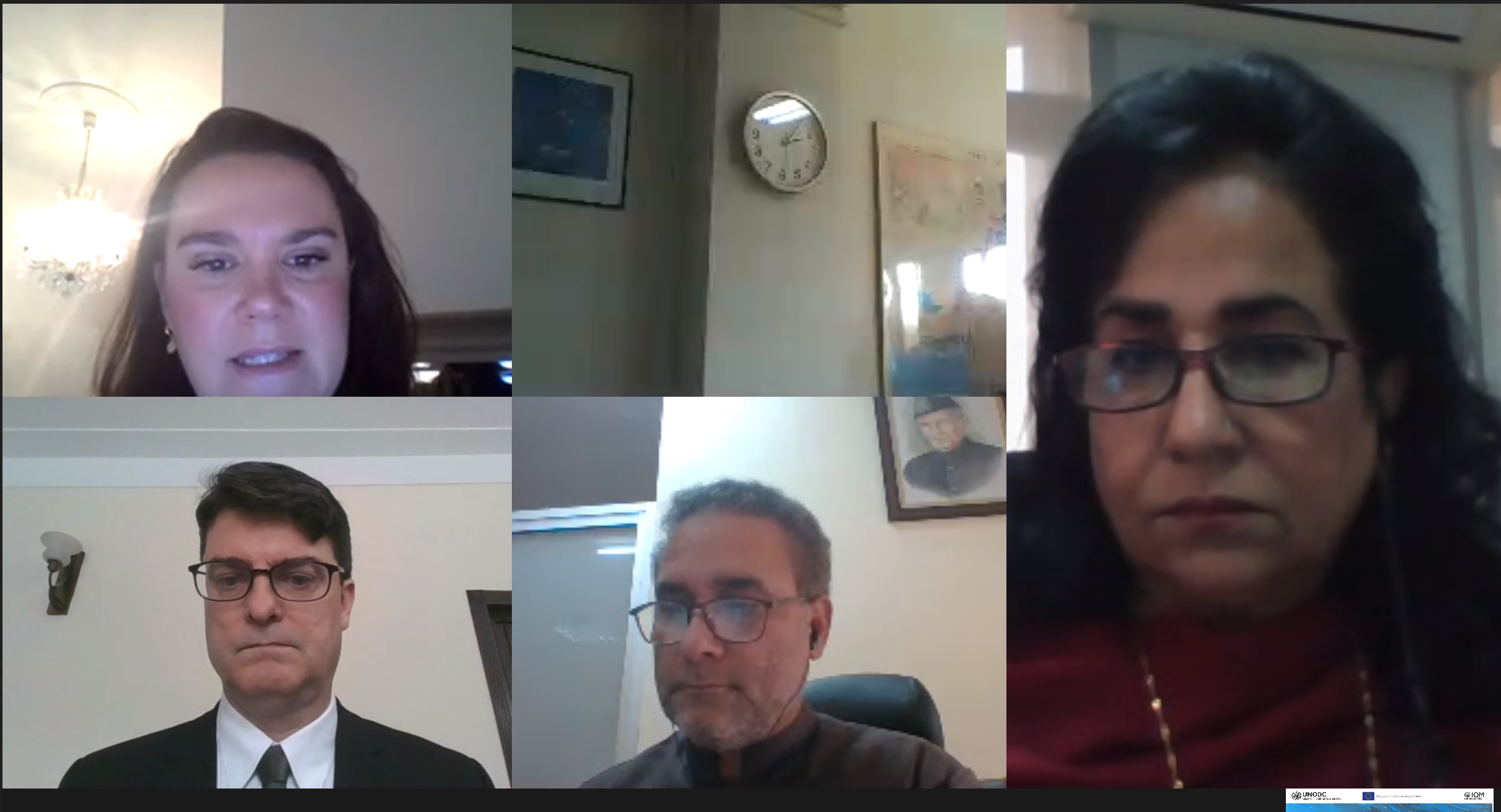 The purpose of this policy dialogue was to present and deliberate the main findings of the national research study on gender and human rights in Trafficking Persons (TIP) and Smuggling of Migrants (SOM) and discuss policy proposals that will inform advocacy for a gender-sensitive and human rights-based approach to TIP and SOM in the country.

Aimee Comrie, UNODC GLO.ACT Project Coordinator in her welcoming remarks said, “Learning from the first phase of the project, GLO.ACT Pakistan seeks to ensure that in rendering support to the government to implement the national response to trafficking in persons and smuggling of migrants, gender and human rights issues have a baseline from which to measure impact by the end of the project, as well as policy directions to ensure deliberate factoring in of measures to address gender and human rights gaps in implementation.” Meanwhile Jeremy Milsom, Country Representative UNODC Pakistan, explained during his opening remarks that, “All recent instruments, including Pakistan’s national laws on trafficking refer to the gender and human rights dimension of the issue.” He identified two main advantages in applying a gender and human rights framework to trafficking and smuggling. He explained, “First, it promotes better understanding of the problems experienced by trafficked or smuggled persons. Second, it has the potential to promote a holistic approach which seeks not only legal, but also political, economic and social solutions.”

In his keynote speech, Sardar Zaheer Ahmed, Director Anti Human Smuggling, Federal Investigation Agency, said, “The Prevention of Trafficking in Persons Act of 2018 complies with international frameworks on gender and human rights and has enhanced punishments in case of women and children. Similar is the case with “The Prevention of Smuggling of Migrants Act in which vulnerable smuggled migrants are non-criminalized.” He further stressed the need to ensure that gender and human rights-based approaches are fully integrated into Pakistan’s polices and framework.

Upon conclusion of the opening segment of the seminar, Shahida Gilani, UNODC Programme Officer Human Trafficking and Migrant Smuggling spoke about the concept of consent in trafficking cases and explained that consent is legally irrelevant in trafficking in persons cases. She outlined, that the consent or agreement of a victim, either to the intended exploitation or to committing a crime should never be used as basis for declining to apply the non-punishment principle.

Eurídice Márquez, GLO.ACT Programme Management Officer, UNODC HQ, during her intervention shared some good practices of how to integrate a gender-sensitive and human rights-based approach to addressing TIP and SOM. Ms. Márquez highlighted a few important points such as having to respect different needs and circumstances of people of all genders. She explained that there is need to tailor ones response and not to follow a “one fits all approach”. She also spoke about gender stereotypes and misconceptions that contribute to greater inequalities and need to challenge and address them.

Naveed Shinwari, the national expert working with UNODC on the research analysis, shared the key findings of the research and moderated a group discussion, giving participants the opportunity to deliberate some of the policy propositions.

Some of the discussion outcomes and recommendations included:

Concluding the virtual dialogue Ms. Márquez thanked all the presenters and participants for their lively contributions and insights.