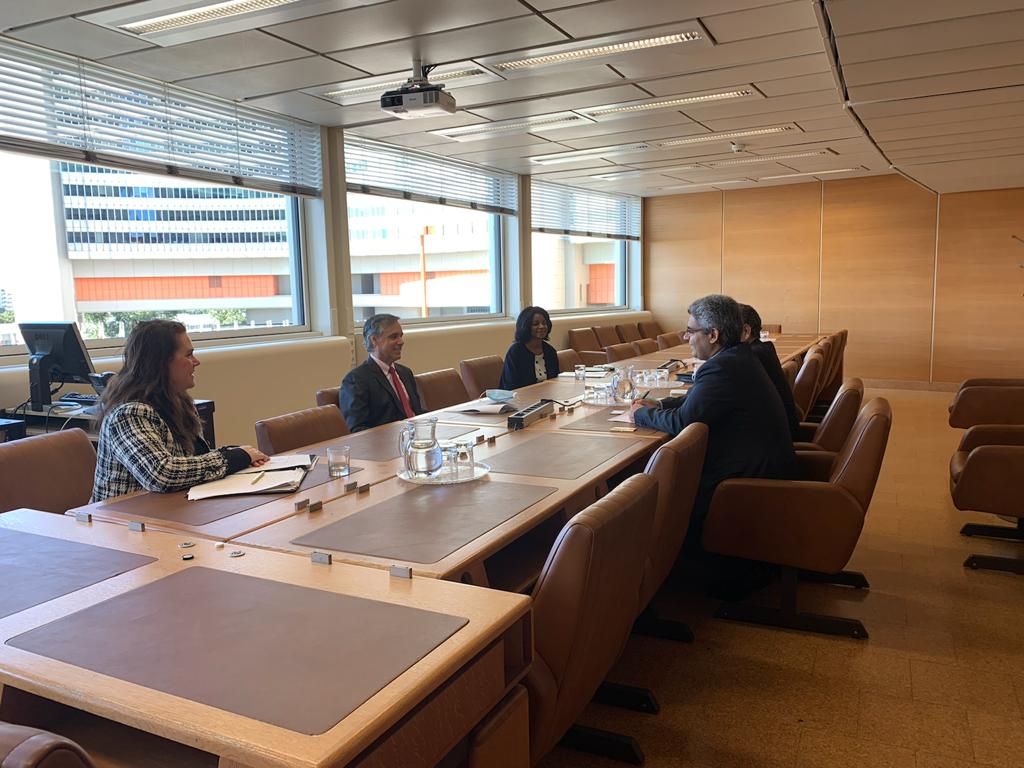 UNODC and the Islamic Republic of Iran reached an initial agreement in June 2020 to launch the Global Action against Trafficking in Persons and the Smuggling of Migrants (GLO.ACT- Asia and the Middle East) in the country. Although covering a full range of activities to ensure a “prevention, prosecution, protection and partnership” approach, GLO.ACT will primarily support the Iranian Government’s efforts through capacity building programmes and promotion of bilateral and regional cooperation. GLO.ACT has also been discussing with the Ministry of Foreign Affairs of the Islamic Republic of Iran on how best to support bilateral cooperation with neighboring countries with respect to joint responses to trafficking and smuggling.

During the meeting, Mr. Brandolino referenced earlier high-level discussions between the parties and highlighted some of GLO.ACT’s concrete achievement in other partner countries, including support to the passing of new legislations, drafting standard operating procedures for law enforcement and prosecution, facilitating international cooperation and exchanges in the creation of a community of practice. Mr. Brandolino expressed that UNODC looks forward to starting implementation in the country and would welcome the opportunity to expand this partnership based on the mutual success across GLO.ACT’s pillars of intervention.

Iranian Director General for International Legal Affairs, Saberi Ansari confirmed again the Iranian Government’s decision to partner with UNODC under GLO.ACT Asia and the Middle East and highlighted that the country can benefit from further international support against trafficking in persons and the smuggling of migrants. Mr. Ansari noted the high number of irregular border crossing towards I.R. of Iran and posited that many of the irregular migrants fall prey to crime and exploitation. Mr. Ansari highlighted that I.R. of Iran has tried to ease and facilitate the legal migration and travel to the country, as an effort to lower the demand for smugglers’ services.