GLO.ACT-Bangladesh holds Expert Workshop for the roll-out of UNODC Education for Justice' modules at the secondary education level 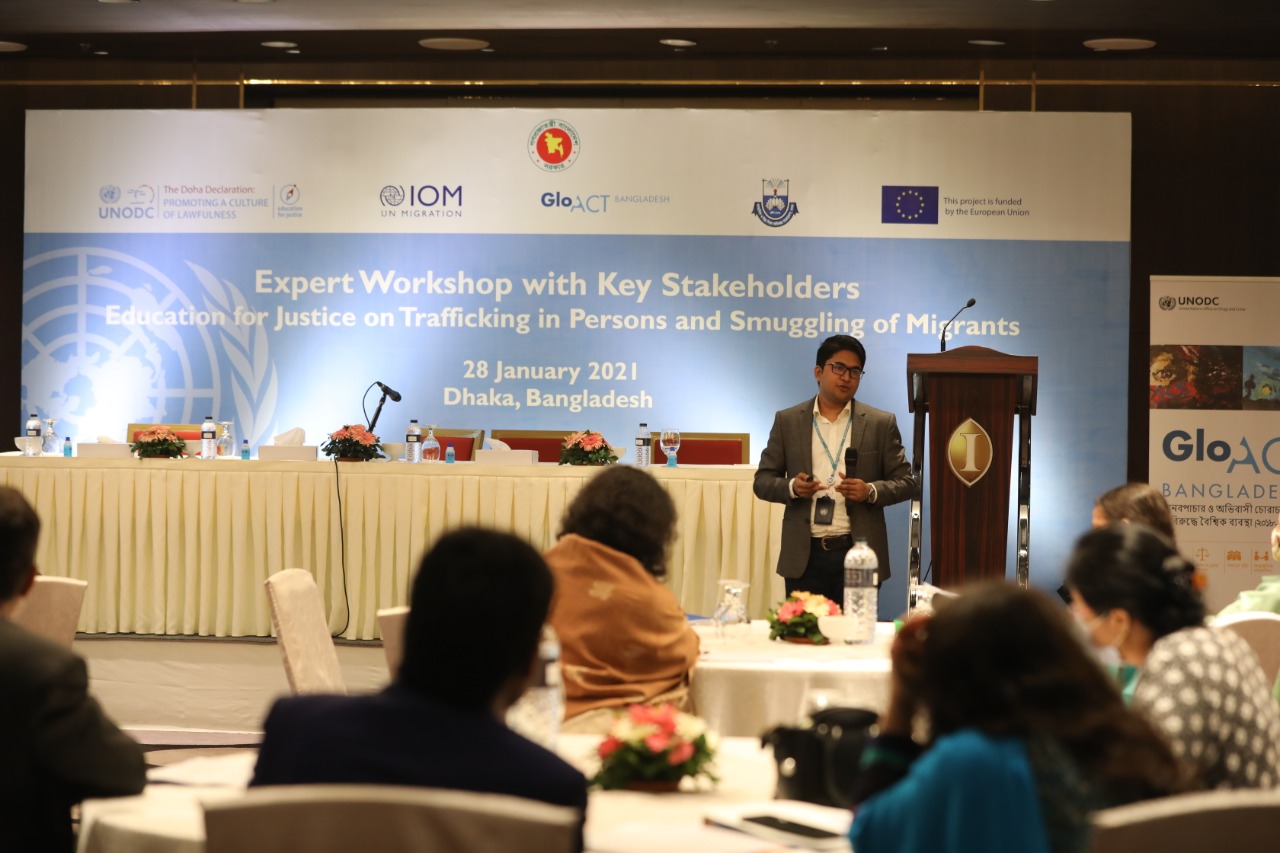 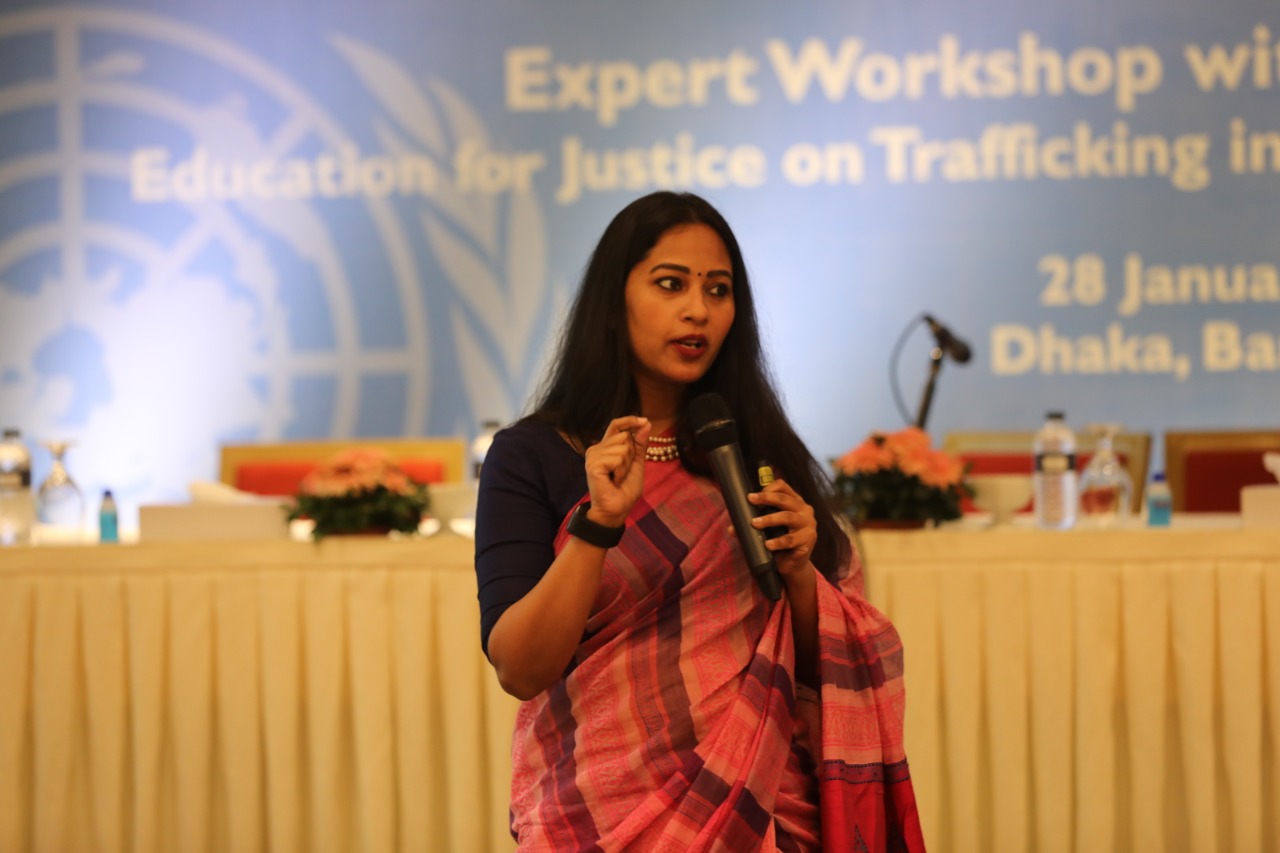 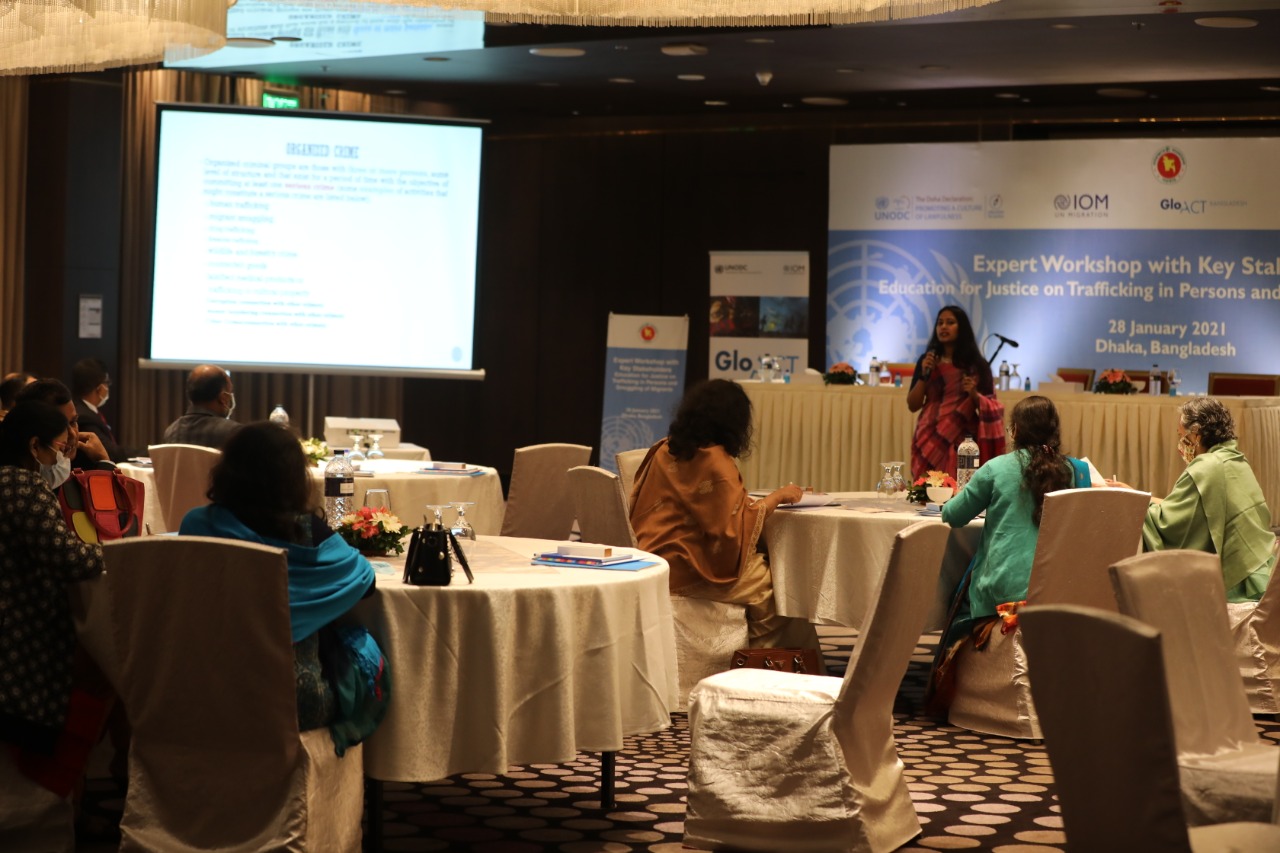 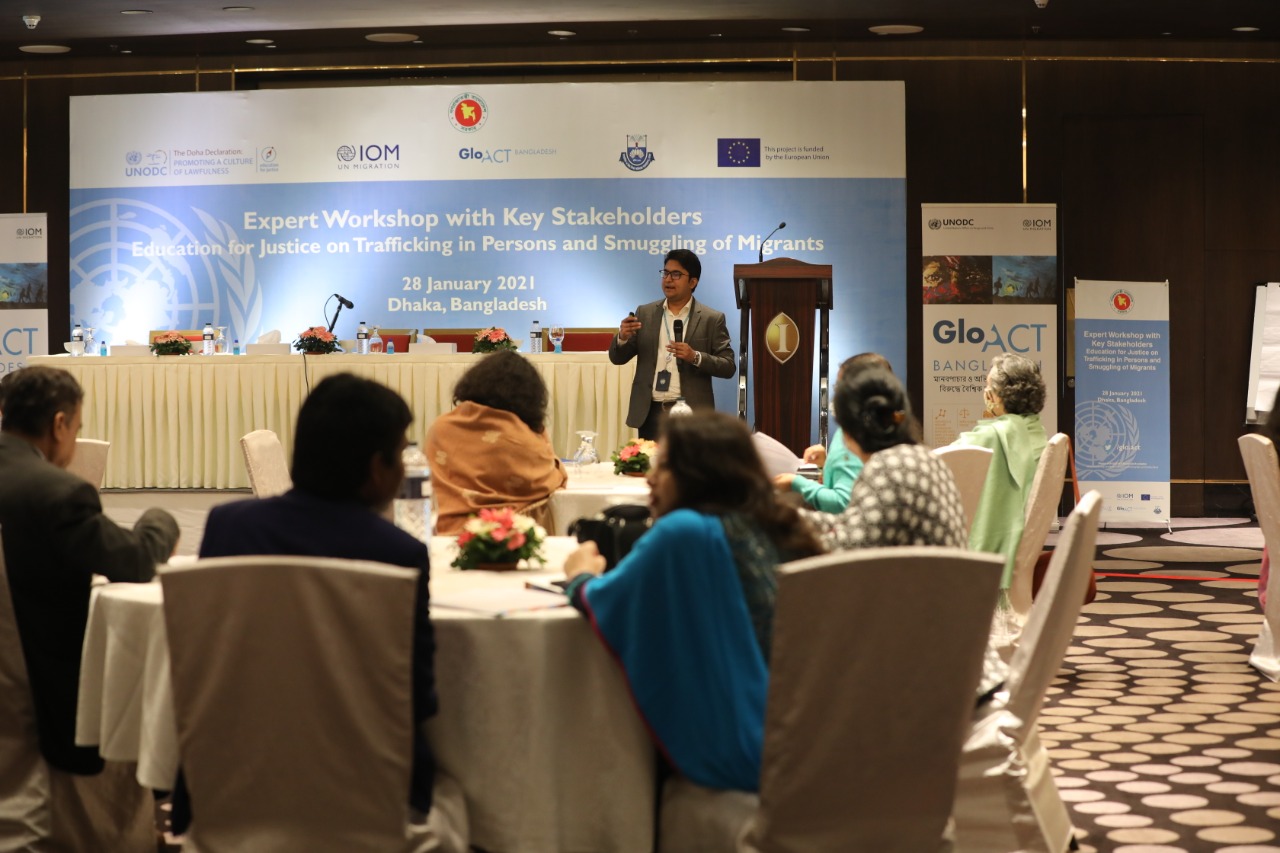 Dhaka, Bangladesh – 22 February 2021 GLO.ACT-Bangladesh in collaboration with the Directorate of Secondary and Higher Education of the Ministry of Education organized an Expert Workshop with Key Stakeholders on education for justice in the area of Trafficking in Persons and Smuggling of Migrants on 28 January 2021. The workshop was attended by 39 participants (29 males and 10 females) from the Directorate of Secondary and Higher Education, National Curriculum and Text Board, Dhaka, and the various institutes.

The workshop was opened by Mahdy Hassan , GLO.ACT-Bangladesh National Project Coordinator, who introduced the work of GLO.ACT in the country and highlighted the link between the project and the E4J initiative. During the opening remarks, Professor Dr. AQM Shafiul Azam, Director (Planning & Development), Directorate of Secondary and Higher Education said that "We are lucky that during this pandemic situation we are organizing this workshop with the support of UNODC GLO.ACT-Bangladesh Project."

Umme Wara, Assistant Professor, Department of Criminology, University of Dhaka, who also participated in the previous expert workshop for the tertiary level presented basic concepts of Trafficking in Persons (TIP) and Smuggling of Migrants (SOM) and stated that "Migrant smuggling affects almost every country in the world. It undermines the integrity of countries and communities and costs thousands of people their lives every year."

During the second part of the workshop, Mahdy Hassan introduced the Doha Declaration and explained that it is the first UN Document where youth engagement in the area of the rule of law is embodied. He noted that UNODC has a global program - Strengthening the Rule of Law through Education - which is used to implement the declaration. E4J forms part of the activities under the GLO.ACT-Bangladesh project and aligns with the SDGs 4 and 16.

Professor Ishrat Shamim, President of the Centre for Women and Children Studies (CWCS), gave an overview of CWCS’ experience in implementing the E4J initiative in Bangladesh, focusing on the project “Creative Educational Solutions to Crime Prevention and Criminal Practice of TIP and Online Sexual Exploitation”, initiated with the financial support of the UNODC E4J Programme from March-August 2018. The aim of the project was to develop an interactive playing card game with messages on organized crime such as TIP and online abuse and exploitation for secondary students of 13-18 years age group. The project has been implemented in 10 schools of Dhaka and 5 schools of Satkhira district. About 30 students and 15 teachers participated in the interview sessions to develop verifiable baseline indicators on TIP and online sexual exploitation from the 15 selected schools.

After the presentations, the participants were divided into six groups for identification of strategies to implement the E4J initiative in Bangladesh at the secondary level. Each group has then presented the outcome of their discussion with the rest of the participants.

Gilberto Antonio Duarte Santos, UNODC Crime Prevention and Criminal Justice Officer presented the work and the scope of E4J TIP and SOM Modules in Bangladesh "We need to understand that secondary students are teenagers. They are in a stage where they no longer want to be treated as children, nor they want to be treated as adults." He discussed the learning outcomes of the secondary students which are based on a vision of learning that covers three domains to create a well-rounded learning experience: cognitive, socio-emotional and behavioral. These learning domains can provide an umbrella that can be used to develop secondary students' materials and tools.

As the Chief Guest of the closing ceremony of the workshop, Professor Dr. Syed Md. Golam Faruk, Director General, Directorate of Secondary and Higher Education, Ministry of Education, expressed his insights on the importance of knowledge sharing with the students in the area of TIP and SOM. He welcomed the E4J initiative of UNODC in Bangladesh.