GLO.ACT engages criminal justice actors in the development of a capacity building strategy to prevent and address human trafficking and migrant smuggling 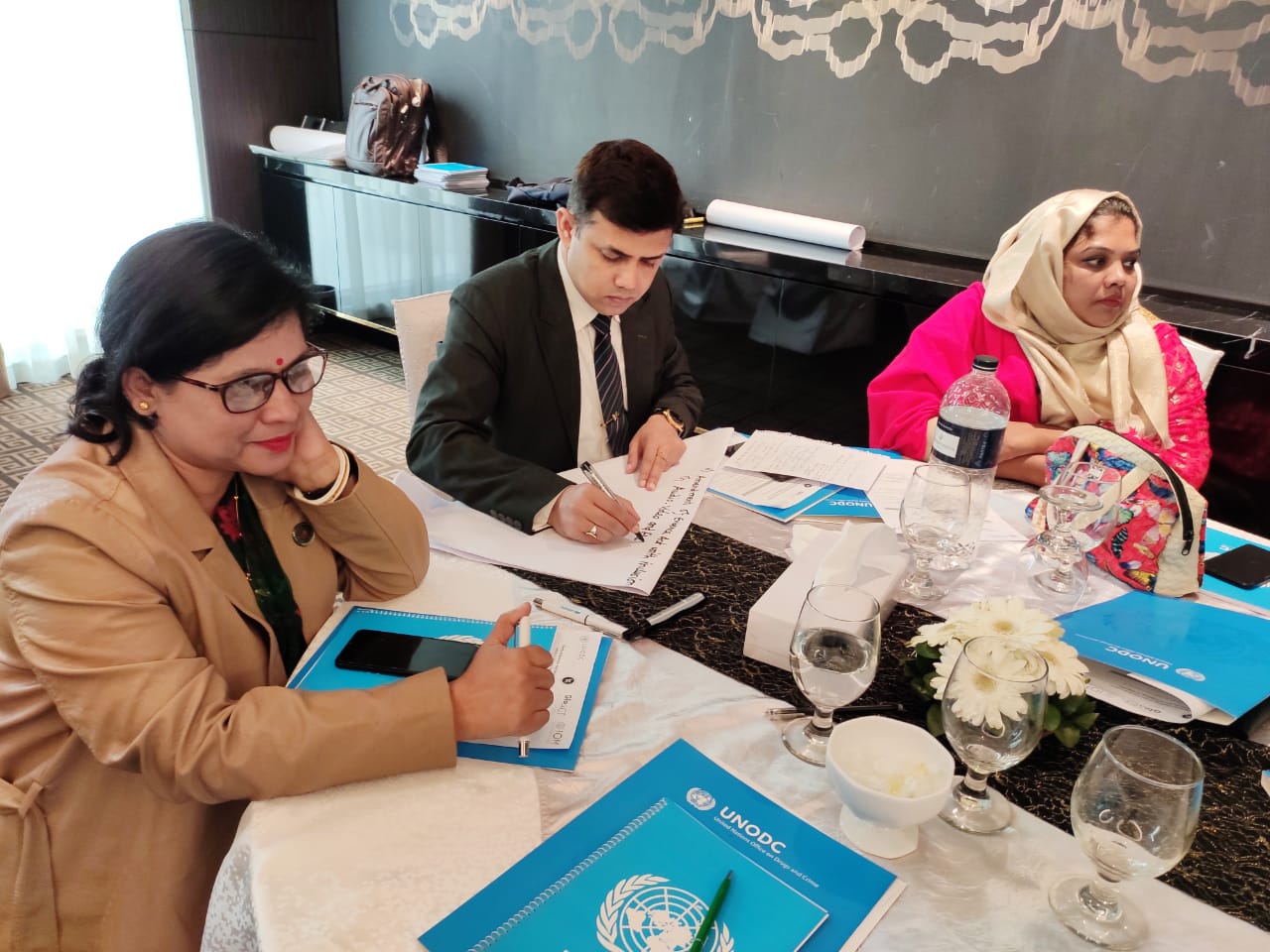 Dhaka, Bangladesh - 17 February 2020 - UNODC, under the Global Action against Trafficking in Persons and the Smuggling of Migrants ( GLO.ACT-Bangladesh) and in collaboration with the Government of Bangladesh, organized two needs assessment workshops on 20 and 23 January 2020. 48 criminal justice actors (35 male and 13 female) tasked with countering Trafficking in Persons (TIP) and Smuggling of Migrants (SOM) participated in the workshops. The main objective of the two workshops was to assess the current capacity-building needs and gaps and to develop a tailor-made capacity-building strategy for criminal justice actors, including judges and prosecutors and all branches of the relevant law enforcement agencies who are responsible to address TIP and SOM.

The first workshop, held in collaboration with the Ministry of Home Affairs, was highly interactive and concluded with an open discussion to gather feedback from the participants, who expressed the need for dedicated lessons on TIP and SOM during their training. They also outlined the current challenges they face, such as limited understanding of the dynamics of transnational organized crime such as TIP and SOM and gaps in application of the provisions of the existing anti-trafficking law (2012 Act and 3 Rules).

During the second workshop with judges and prosecutors, held in collaboration with the Law and Justice Division of the Ministry of Law, Justice and Parliamentary Affairs, M. Golam Kibria, Director (Training) of JATI, highlighted their need for support to be provided by UNODC to deliver targeted capacity-building for their judges and prosecutors. Meanwhile Ummey Kulsum, Joint Secretary, Law and Justice Division, Ministry of Law, Justice and Parliamentary Affairs confirmed the importance of different types of training for the many different judicial actors and went on to say that "institutional capacity-building is necessary for the smooth functioning of the specialized anti-trafficking tribunal". 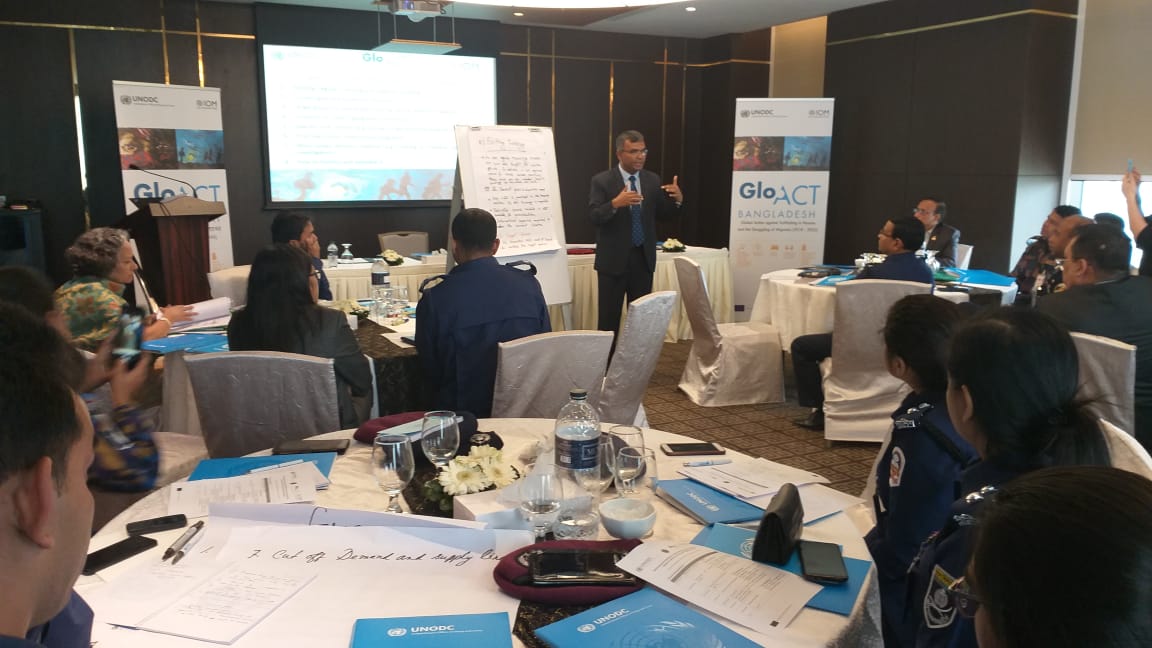 Throughout both workshops, Eurídice Márquez, GLO.ACT Project Management Officer outlined the work UNODC undertakes globally to prevent and address TIP and SOM. Sharing key findings of UNODC's Global Report on Trafficking in Persons 2018, she explained that many countries do not maintain proper legislation and data on TIP and SOM. Among other things, Ms. Márquez presented UNODC's work with partner countries to improve the quality of trafficking investigations and prosecutions following a human right- and victim-centred approach.

Lieutenant Commander Hasanujjaman from Bangladesh Coast Guard mentioned that "the existing capacity building programs of Bangladesh Government requires special training packages on the Trafficking in Persons and Smuggling of Migrants and regarding this, Bangladesh needs support from UNODC to provide specialized training to law enforcement agencies on the subject matter in home and abroad". As the results of the two workshops, GLO.ACT-Bangladesh is now ready to finalize the capacity‑building strategy based on the recommendations and suggestions provided by workshop participants. Once the preliminary findings of the workshops are collated, GLO.ACT-Bangladesh will organize a final validation workshop broad range of stakeholders. The validated strategy will form the basis for the implementation of the capacity-building component of the GLO.ACT-Bangladesh project.

Representatives from law enforcement agencies such as Criminal Investigation Department, Trafficking in Persons Cell of Bangladesh Police, National Central Bureau - INTERPOL, Bangladesh Border Guard, Bangladesh Coast Guard, Special Branch, Detective Branch of Bangladesh Police, Ansar-VDP and other relevant agencies participated in the first workshop. Meanwhile, representatives from the Law and Justice Division of the Ministry of Law, Justice and Parliamentary Affairs, the Judicial Administrative Training Institute (JATI), the Attorney General's Office, prosecutors and judges of the Women and Children Repression Prevention Tribunal, and Judicial and Metropolitan Magistrates from Dhaka District and Session Judges Court attended the workshop. The Women and Children Repression Prevention Tribunal acts as an Anti-trafficking Tribunal in the absence of a full-fledged Anti-trafficking Tribunal which is prescribed under the Prevention and Suppression of Human Trafficking Act, 2012. 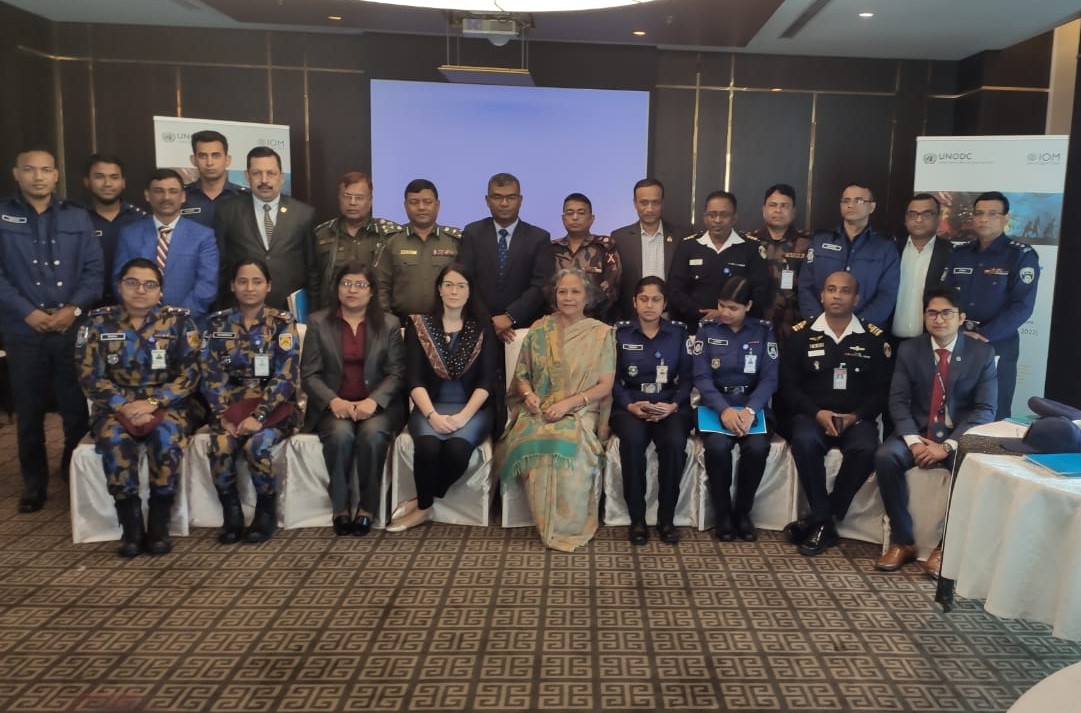 Click below to read about the event from local news media