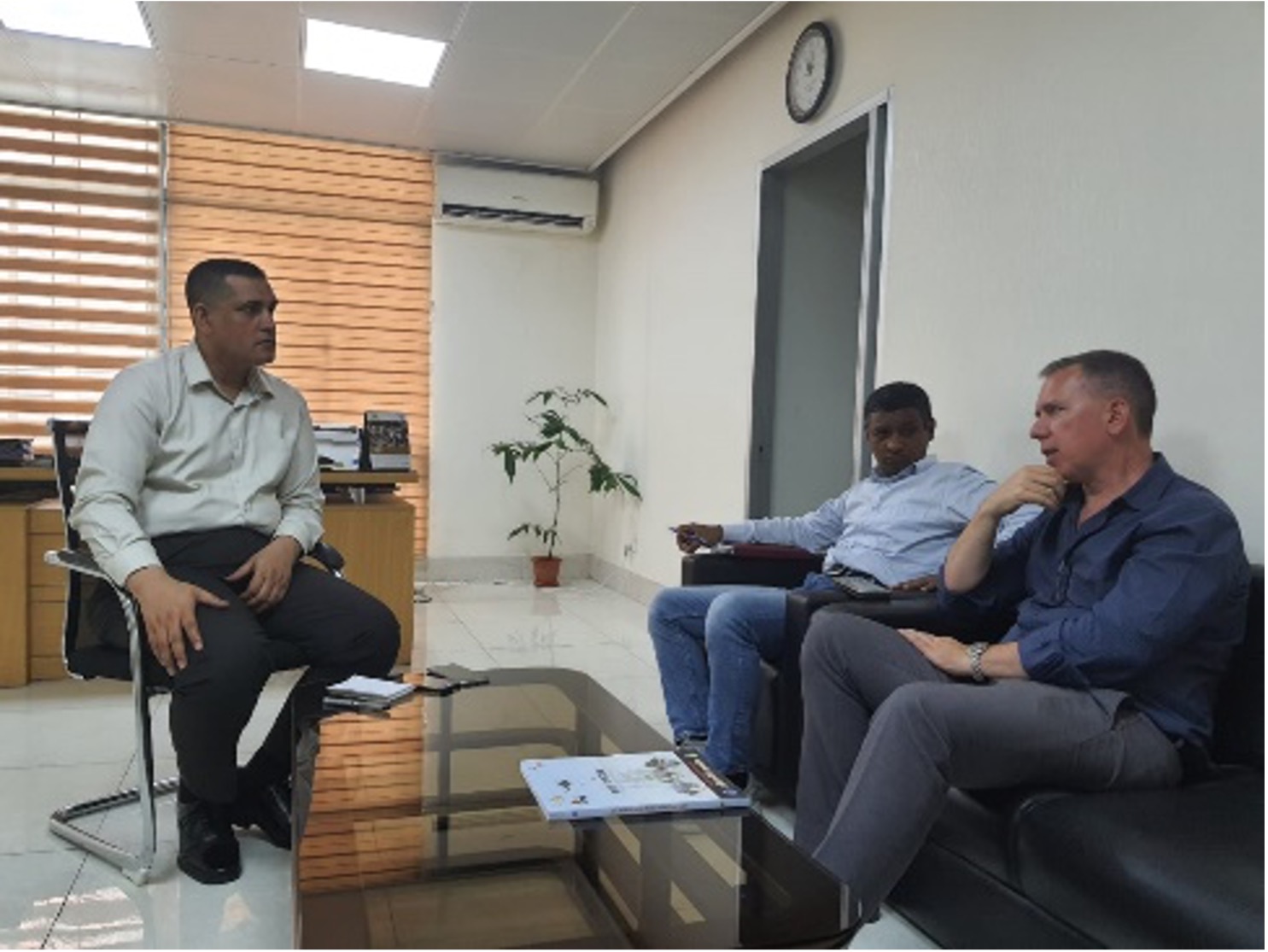 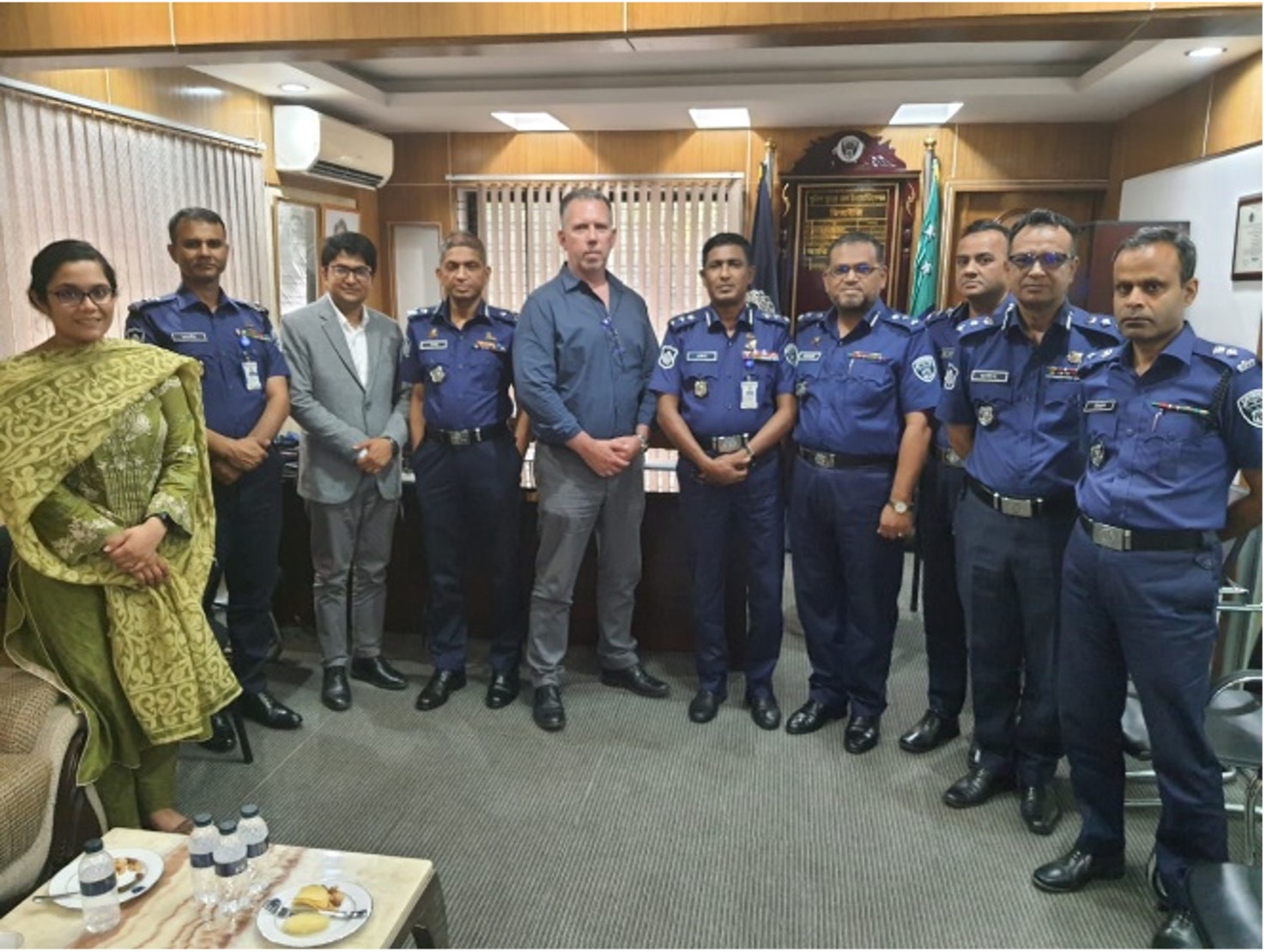 Dhaka, Bangladesh 20 June 2022 – Trafficking in persons (TIP) and smuggling of migrants (SOM) are complex organized crimes. In every country, law enforcement officials are at the frontline of efforts to counter human trafficking and migrant smuggling. The building and strengthening of criminal investigative and other law enforcement capacity is a core component of the Global Action against Trafficking in Persons and the Smuggling of Migrants - Bangladesh (GLO.ACT-Bangladesh).

During a workshop with investigating officers held in November 2021 on intelligence collection and understanding human trafficking and migrant smuggling, coaching was identified as the follow-up to consolidate learning and develop specialist expertise. Coaching allows officers to gain extensive exposure to international “good practice” approaches to managing and leading TIP/SOM investigations and become national experts in investigating these crimes.

It is in this context that GLO.ACT-Bangladesh engaged with the Criminal Investigation Department (CID) and Police Bureau of Investigation (PBI) on 16 May 2022 for coaching and a consultation meeting. Martin Reeve, GLO.ACT Regional Advisor GLO.ACT, in his coaching session with Saidur Rahman Khan, Superintendent of Police, CID and AKM Akteruzzaman, Additional Superintendent of Police, CID discussed the areas where Bangladesh needs support, such as mutual legal assistance with relevant transit and destination countries, informal police to police cooperation and investigation techniques to address migrant smuggling.

During the consultation meeting with PBI, the GLO.ACT-Bangladesh team provided an overview of its activities regarding countering both crimes in the country. The team also explained the objectives of the meeting, i.e. understanding the mandate of PBI and assessing the scope of coordination with the agency. PBI described their organogram and shared that the organized crime unit of PBI handles human trafficking cases within their organization. Regarding the scope of coordination, PBI requested UNODC’s support to enhance its capacity to investigate cyber-enabled trafficking. As a way forward, GLO.ACT-Bangladesh team intends to organize training on open-source intelligence and engage PBI in police-to-police cooperation initiatives. The meeting included the head of PBI and other senior officials from the organization.

The Global Action against Trafficking in Persons and the Smuggling of Migrants - Bangladesh (GLO.ACT - Bangladesh) is a joint initiative by the European Union (EU) and the United Nations Office on Drugs and Crime (UNODC) being implemented in partnership with the International Organization for Migration (IOM), led by the Government of Bangladesh. GLO.ACT-Bangladesh builds on a global community of practice set in motion in GLO.ACT 2015-2019 in 13 partner countries across Africa, Asia, Eastern Europe and Latin America.