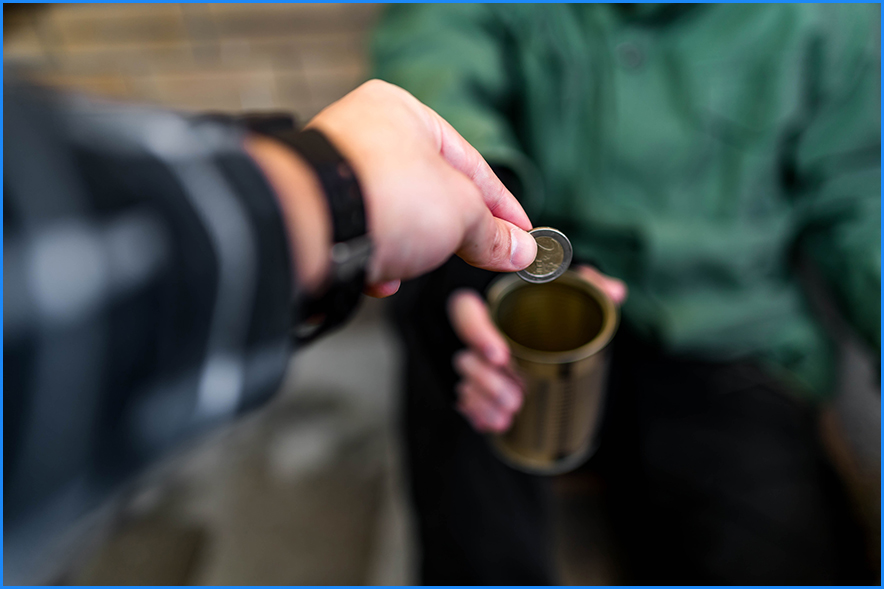 UNODC Unites Countries to Combat Labour Exploitation in South Eastern Europe
Children from countries in South Eastern Europe are being forced to beg and steal on the streets of Western European cities. Men and women from the region are being exploited domestically and internationally in agriculture, the textile, construction and entertainment industries. Others, including minors, are forced to work as prostitutes or in the illegal drug trade. more

Protection of Smuggled Migrants High on the Agenda at UN Forum

Migrant smuggling is a global and profitable crime with a high demand and a low risk of detection and punishment for the criminals involved. Smugglers conduct their activities with little or no regard for the safety and dignity of the people they illegally transport over national borders. more 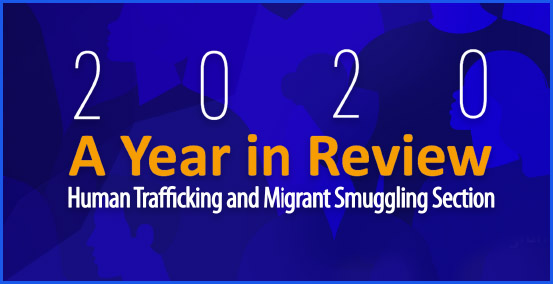 The Human Trafficking and Migrant Smuggling Section of the United Nations Office and Drugs and Crime (UNODC) has released its 2020 Annual Report, which highlights the main achievements of the Section during a year of challenges and anniversaries. more

UNODC and Canada to Host Anti-Human Trafficking Technology Competition
Human traffickers have integrated technology into their business model at every stage of the process, from the seeking, recruitment and the exploitation of their victims to the transfer and laundering of the illicit profits of this crime. more 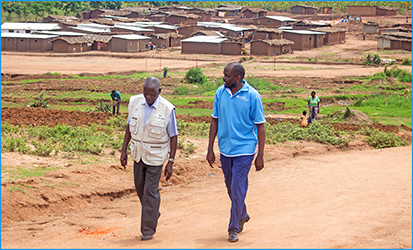 UNODC and Malawi launch new measures to combat human trafficking among refugees
Criminal networks are operating within the Dzaleka Refugee Camp in central Malawi where men, women and children are being exploited for profit or tricked and trafficked to other countries in Southern Africa for forced labour and prostitution. more 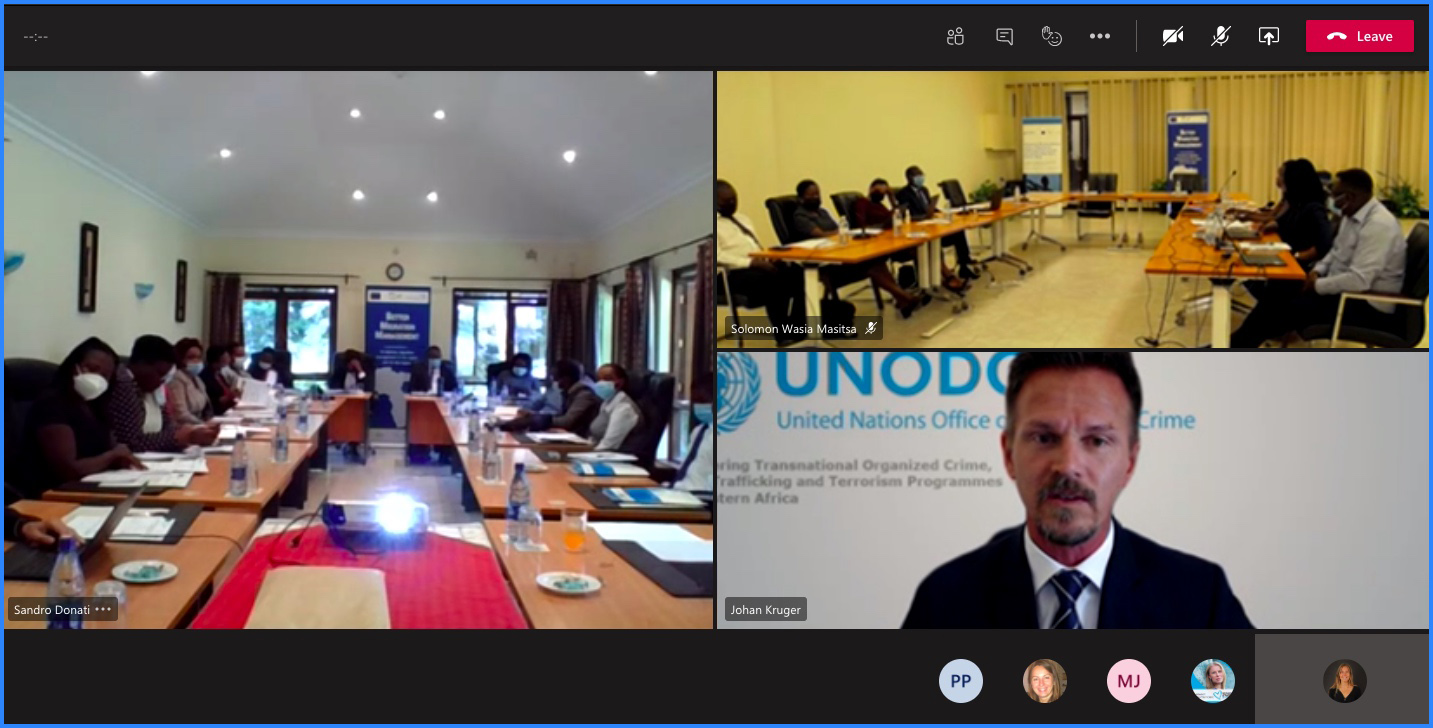 Kenya and Uganda work closer to counter organized crime in East Africa
Crimes that cross borders need a transnational response, and international cooperation is key to preventing these crimes, securing convictions and providing support to the people affected. To foster such collaboration, the United Nations Office on Drugs and Crime (UNODC) within the framework of the Better Migration Management (BMM) programme, brought together officials from Kenya and Uganda to enhance bilateral, legal cooperation in cases of human trafficking and migrant smuggling that involve both countries. more 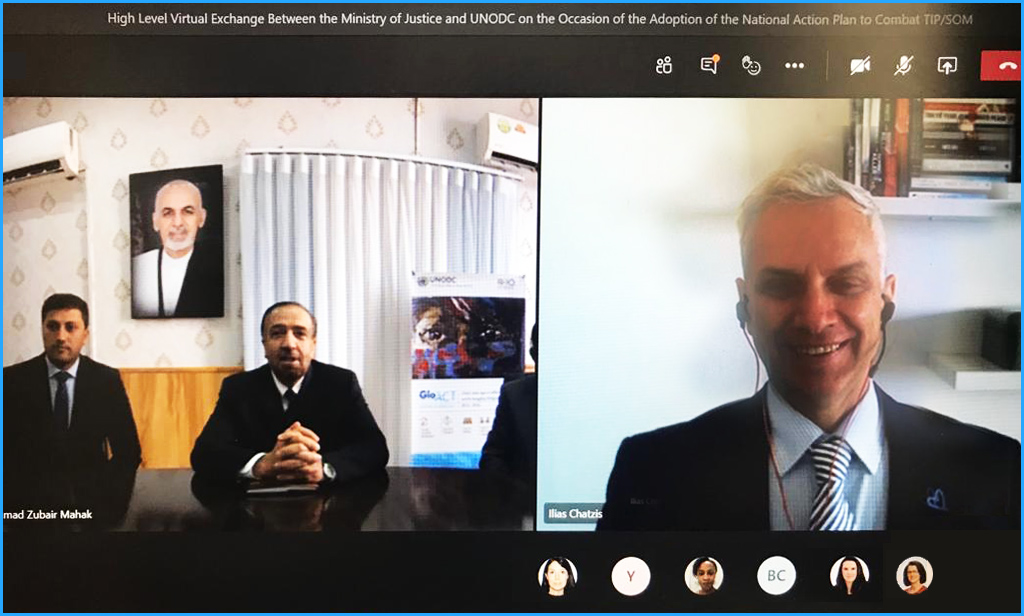 Afghanistan renews commitment to address human trafficking and migrant smuggling
The Government of Afghanistan has adopted a new National Action Plan, which paves the way for continued and enhanced efforts to tackle human trafficking and migrant smuggling for the next three years. UNODC, through its Global Action against Trafficking in Persons and the Smuggling of Migrants initiative (GLO.ACT), supported the development of the Plan, aligning it with international standards and norms. more 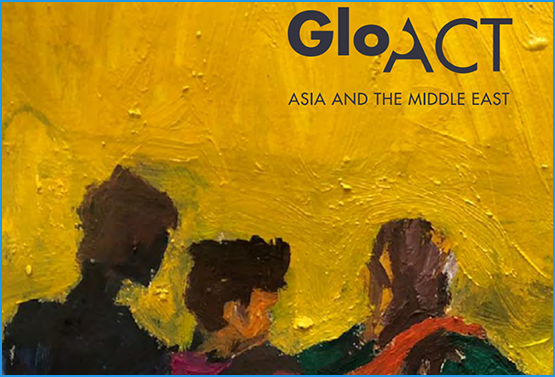 New UNODC Toolkit Puts Human Rights & Gender Equality at the Forefront
Measures to prevent and address human trafficking and migrant smuggling and support the people affected by these crimes must respect human rights and promote gender equality.
This was the clear message from all participants at the launch of a new Toolkit that provides guidance to criminal justice experts on how to adopt a human-rights and gender-equal response to these crimes. more 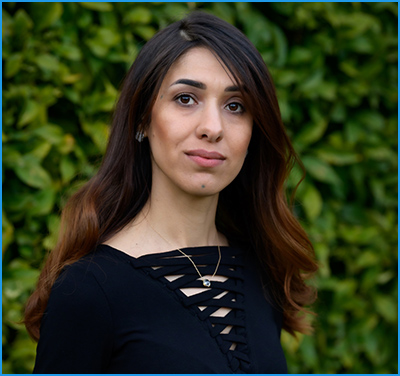 An Interview with UNODC Goodwill Ambassador Nadia Murad
The UNODC Goodwill Ambassador for the Dignity of Survivors of Human Trafficking and Nobel Peace Prize co-winner, Nadia Murad, talks to us about her plans for the year ahead. In 2014, ISIS attacked Nadia's homeland in Sinjar to ethnically cleanse Iraq of all Yazidis. The then 21-year-old was kidnapped by Islamic State fighters along with thousands of other Yazidi women and girls. Now, as President of Nadia's Initiative she advocates globally for survivors of sexual violence and for the rebuilding of communities in crisis. more 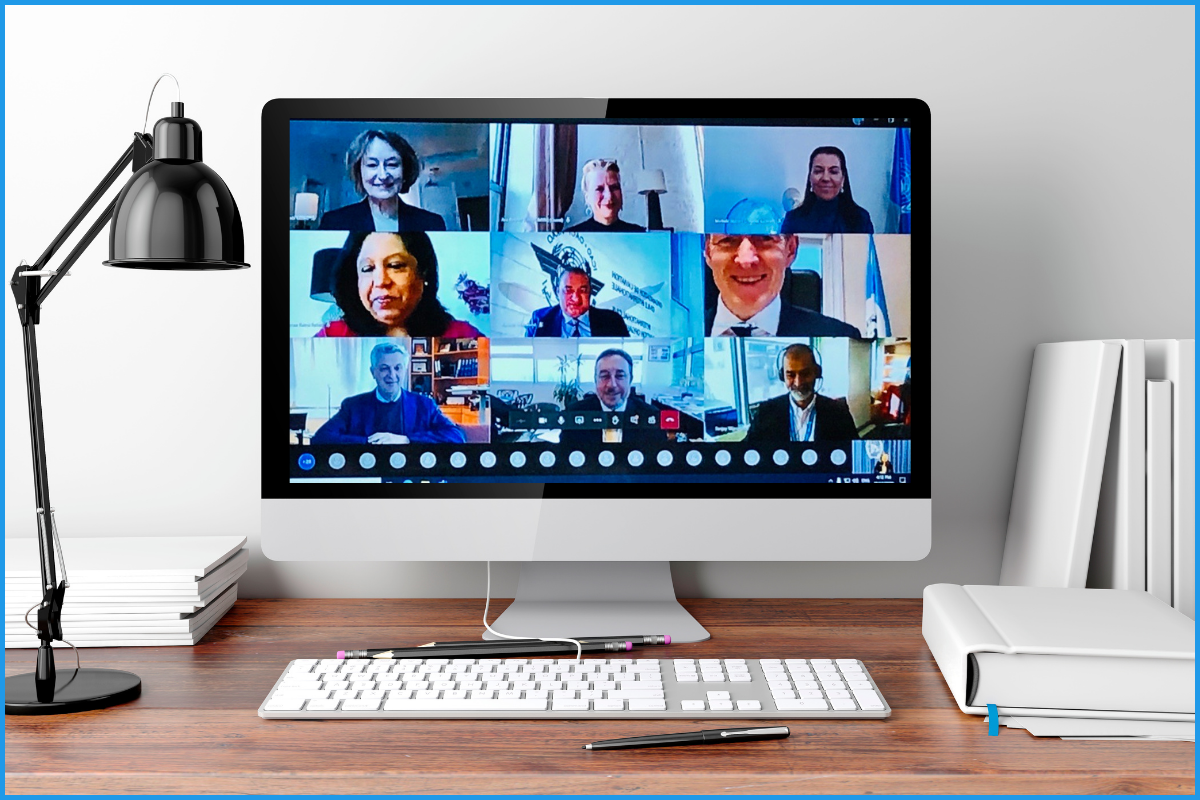 Leading UN Forum Renews Commitment to Countering Human Trafficking
The vital role of inter-agency partnership to tackle trafficking in persons was reinforced today, during a meeting of over 20 international organizations which agreed on a plan of action to combat this global crime.

Principals of the Inter-Agency Coordination Group Against Trafficking in Persons (ICAT) the UN's leading policy forum to address human trafficking which is coordinated by the United Nations Office on Drugs and Crime (UNODC), met for the second time since the platform was established in 2007. more 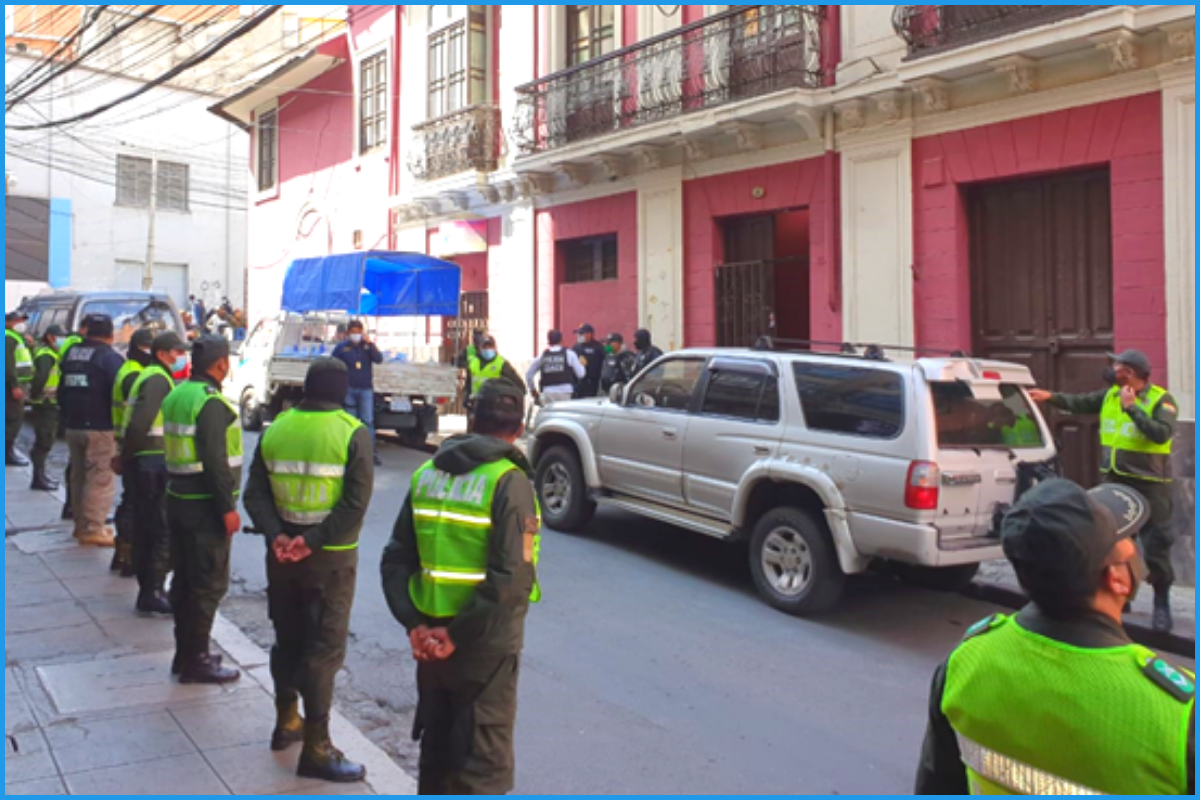 An INTERPOL-led operation against migrant smuggling has led to more than 200 arrests among criminal networks that were involved in the smuggling of around 3500 migrants throughout the Americas, Africa, Europe and Asia.

Up to 100 potential victims of human trafficking were also rescued during the operation, known as "Turquesa II", which brought together authorities in 32 countries across four continents, with Brazil serving as the coordination hub.more 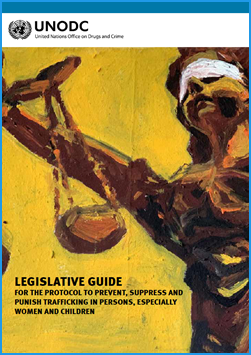 These publications are a revision of tools first launched sixteen years ago, and incorporate progress made since then to implement the UN Protocol to Prevent, Suppress and Punish Trafficking in Persons, the world's primary legal instrument to combat human trafficking. Developments include new approaches to key concepts of the Protocol such as addressing the rights and needs of victims and an improved understanding of how to practically apply the trafficking in persons definition. more 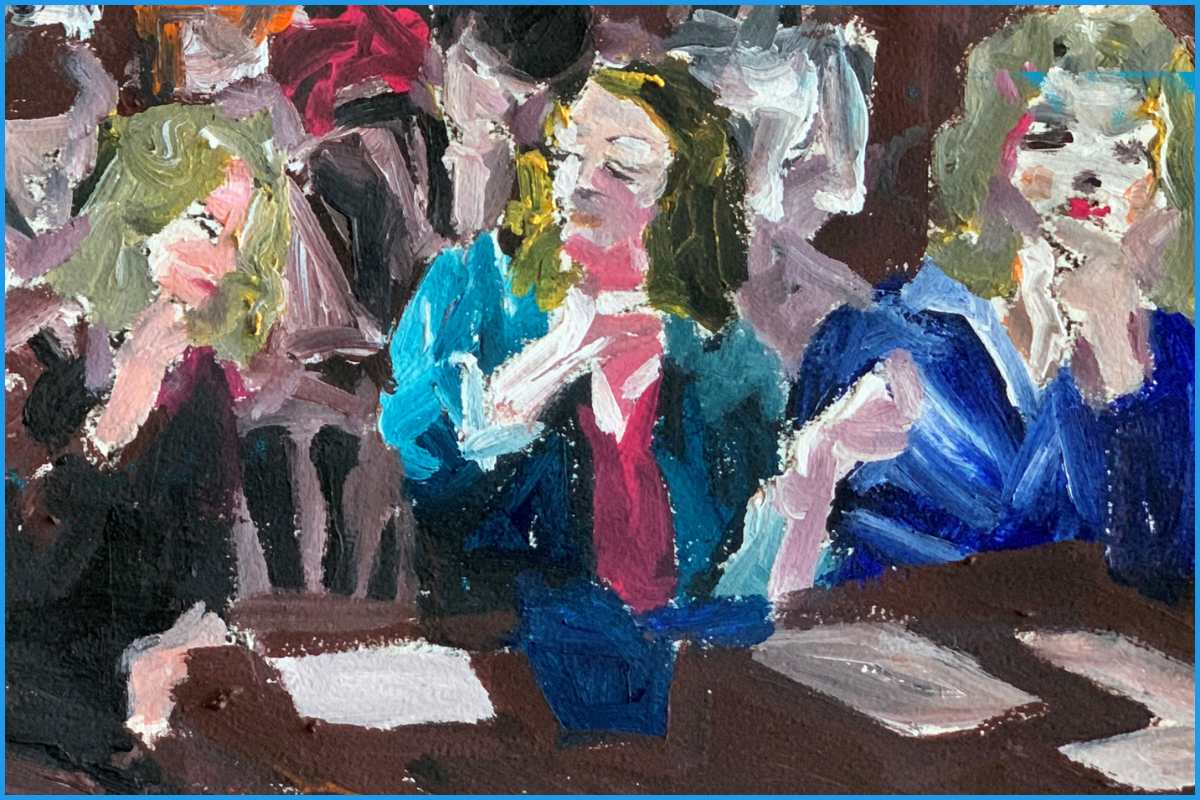 Exploited and Prosecuted: When Victims of Human Trafficking Commit Crimes
The vital role of inter-agency partnership to tackle trafficking in persons was reinforced today, during a meeting of over 20 international organizations which agreed on a plan of action to combat this global crime.

Principals of the Inter-Agency Coordination Group Against Trafficking in Persons (ICAT) the UN's leading policy forum to address human trafficking which is coordinated by the United Nations Office on Drugs and Crime (UNODC), met for the second time since the platform was established in 2007. more