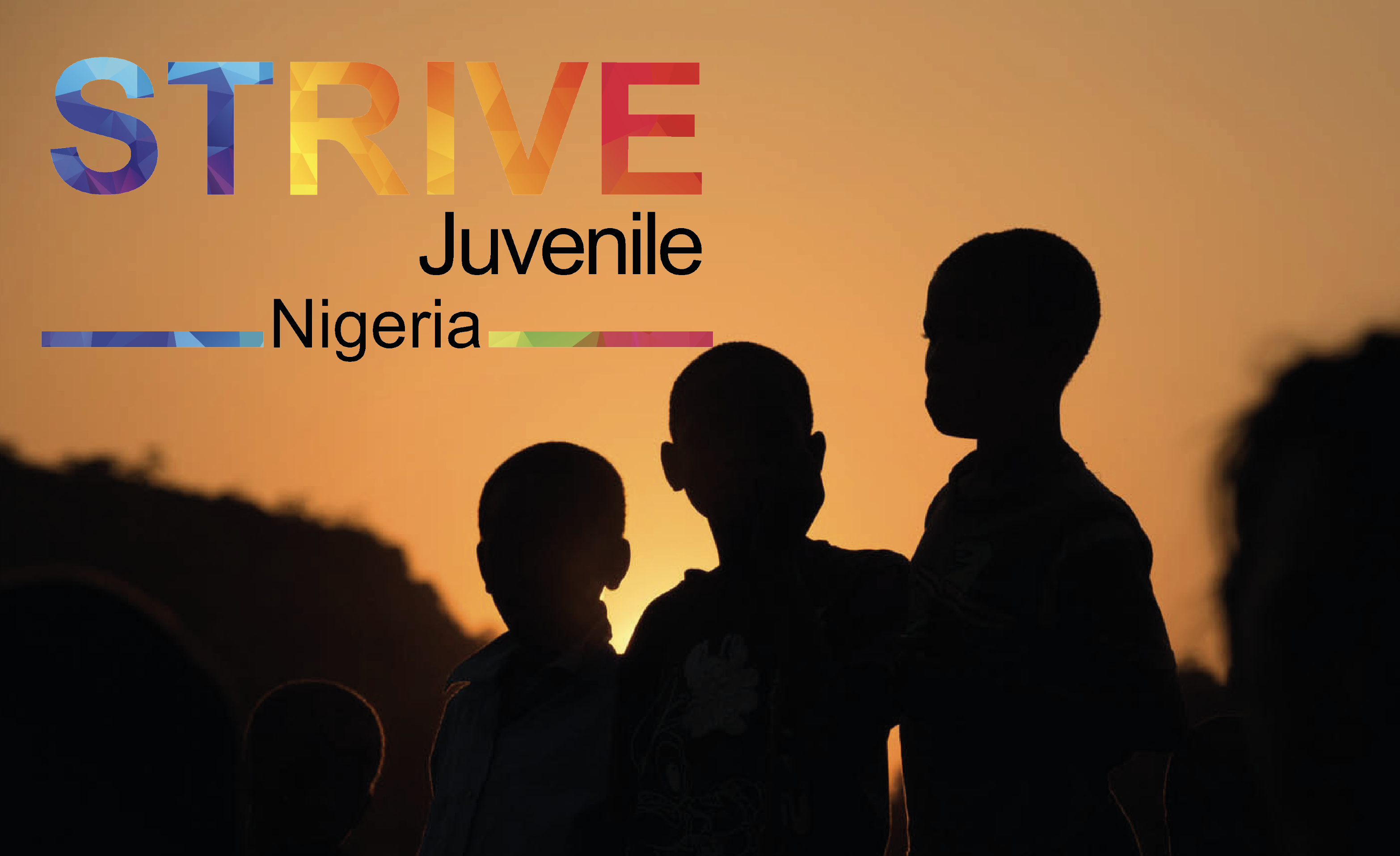 In Nigeria, there are currently two main groups that have evolved from the original Boko Haram organization: Jamā'atu Ahli is-Sunnah lid-Da'wati wal-Jihād (JAS) and Islamic State in West African Province (ISWAP). While these two groups are in competition, they share broadly similar goals and are still referred as Boko Haram by most observers, including the Nigerian authorities. Boko Haram is listed as a terrorist group by the UNSC Counter-Terrorism Committee. Since the group has begun to pose a threat to the Lake Chad Basin, it has kidnapped, recruited and exploited thousands of children. According to the 2019 Report ‘Global Terrorism Index 2019. Measuring the Impact of Terrorism’: “Boko Haram adopts a conscious strategy to recruit women and children as suicide bombers, sometimes forcibly. The group’s leaders realized the strategic benefits of including more women and children.”

During their association with the group, children are subjected to extreme levels of violence, including rape, forced marriage, physical and psychological abuse, forced labour, forced religious conversion, torture, cruel, inhuman and degrading treatment and sexual and gender-based violence. Child recruitment and exploitation violate the rights of children and cause long-lasting physical, developmental, emotional, spiritual, and mental harm. These children can be instrumentalized and forced to commit criminal offences, including acts of terrorism, war crimes, and crimes against humanity. Two-thirds of Boko Haram suicide attackers are female, of these, one in three are children.

Beyond direct exploitation, thousands of children have also become internally displaced or have been forced to cross national borders, harming their ability to access everyday essentials, including access to education. These constitute complex and pressing challenges for the national government, in particular for the Adamawa, Borno and Yobe States. The issues of preventing children recruitment by terrorist groups, promoting their rehabilitation and reintegration, as well as their appropriate treatment when they enter into contact with public authorities, should be addressed with urgency. 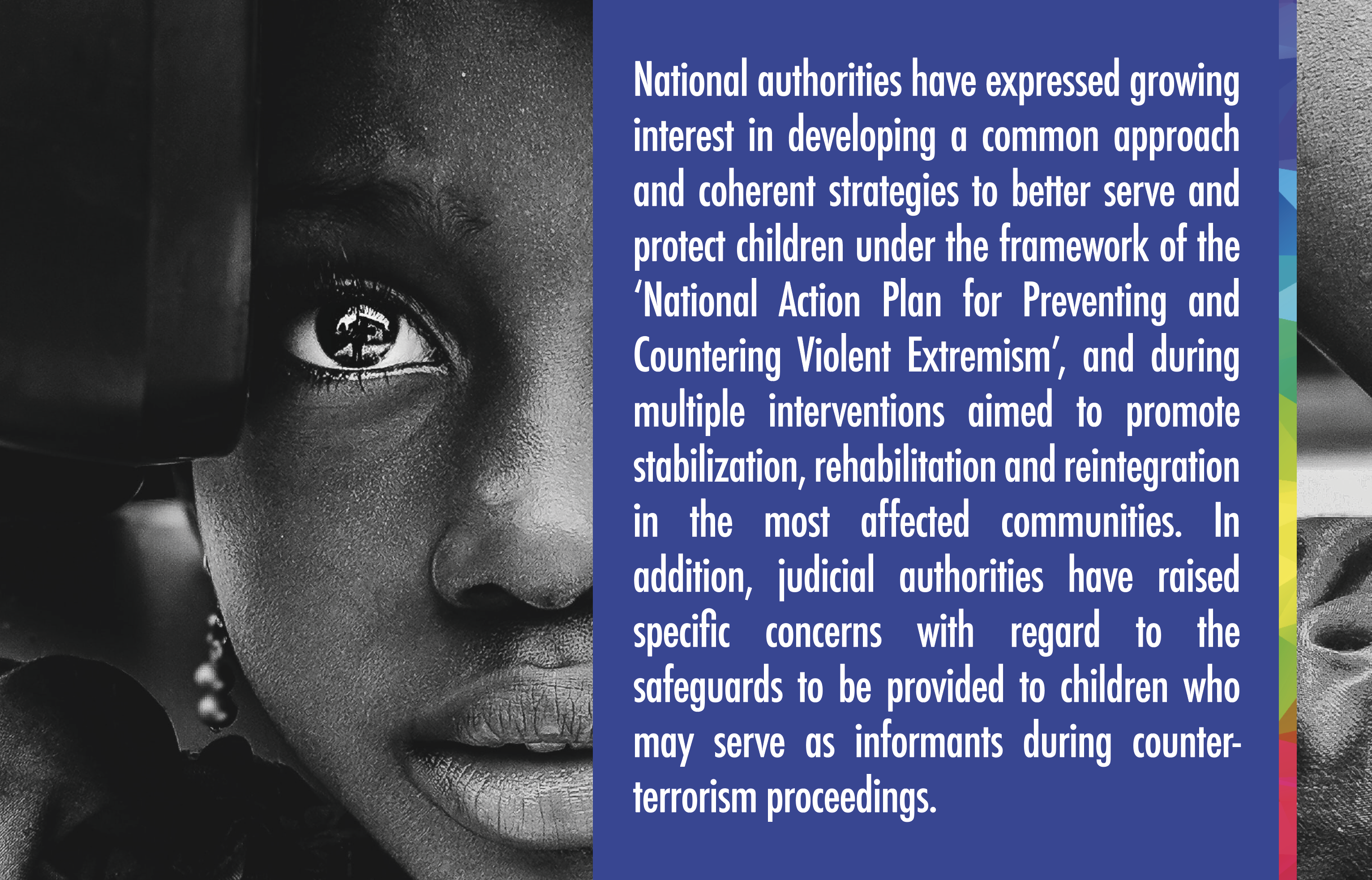 Nigeria has been gravely affected by child recruitment by terrorist and violent extremist groups. Through its presence on the ground with its Country Office, UNODC has had the opportunity to assess national counterparts’ willingness to engage on the issue of children affected by terrorism and violent extremism as a priority. Building on its ongoing work under the 'EU-Nigeria-UNODC-CTED Partnership Project III: Support for Criminal Justice Responses to Terrorism and Violent Extremism' (EU funding), UNODC is already cooperating with many of the key stakeholders relevant to the protection of children recruited and exploited by terrorist and violent extremist groups, including the Attorney General’s Office, the Office of the National Security Advisor (ONSA), the National Correctional Service, the Federal Ministry of Women Affairs, the Military, the State Governments of Adamawa, Borno and Yobe States, etc.

In June 2019, UNODC held a national Consultative Workshop on the Treatment of Children Recruited and Exploited by Terrorist Groups. In January 2020, UNODC also carried out a scoping mission, holding consultations with national and other bilateral counterparts in Abuja and Maiduguri, and delivered training to practitioners from the security sector, the justice and child protection systems, on the UNODC approach to preventing and responding to violence against children by terrorist and violent extremist groups.

As a result of these activities, national stakeholders stressed Nigeria’s urgent need to improve data collection on the phenomenon of recruitment and exploitation as it pertains to children, and to take action to ensure the adoption of a common approach on the treatment of children associated with these groups in the country.

The nature of these activities also demands that implementers can count on integrated expertise in research, normative, and operational work, with a view to better protect children from violence, whether during rehabilitation and reintegration intervention, or during contact with the justice system. Through its longstanding presence in Nigeria, UNODC can rely on a capital of trust with national counterparts.

This factor has already contributed to a preliminary endorsement of future assistance in this area by a variety of national stakeholders, including from the Office of the National Security Adviser, the Federal Ministry of Justice, the Department of State Services, the Federal Ministry of Women Affairs, the Federal High Court, the National Human Rights Commission, as well as from authorities and representatives of civil society organisations from Adamawa, Yobe and Borno States.

Due to growing regional initiatives for the Stabilisation of the Lake Chad Basin, and the cross-national nature of the Boko Haram crisis, it is very likely that good practices developed in Nigeria for the treatment of these children will have the potential to be replicated in neighbouring countries, which are also affected by this phenomenon. 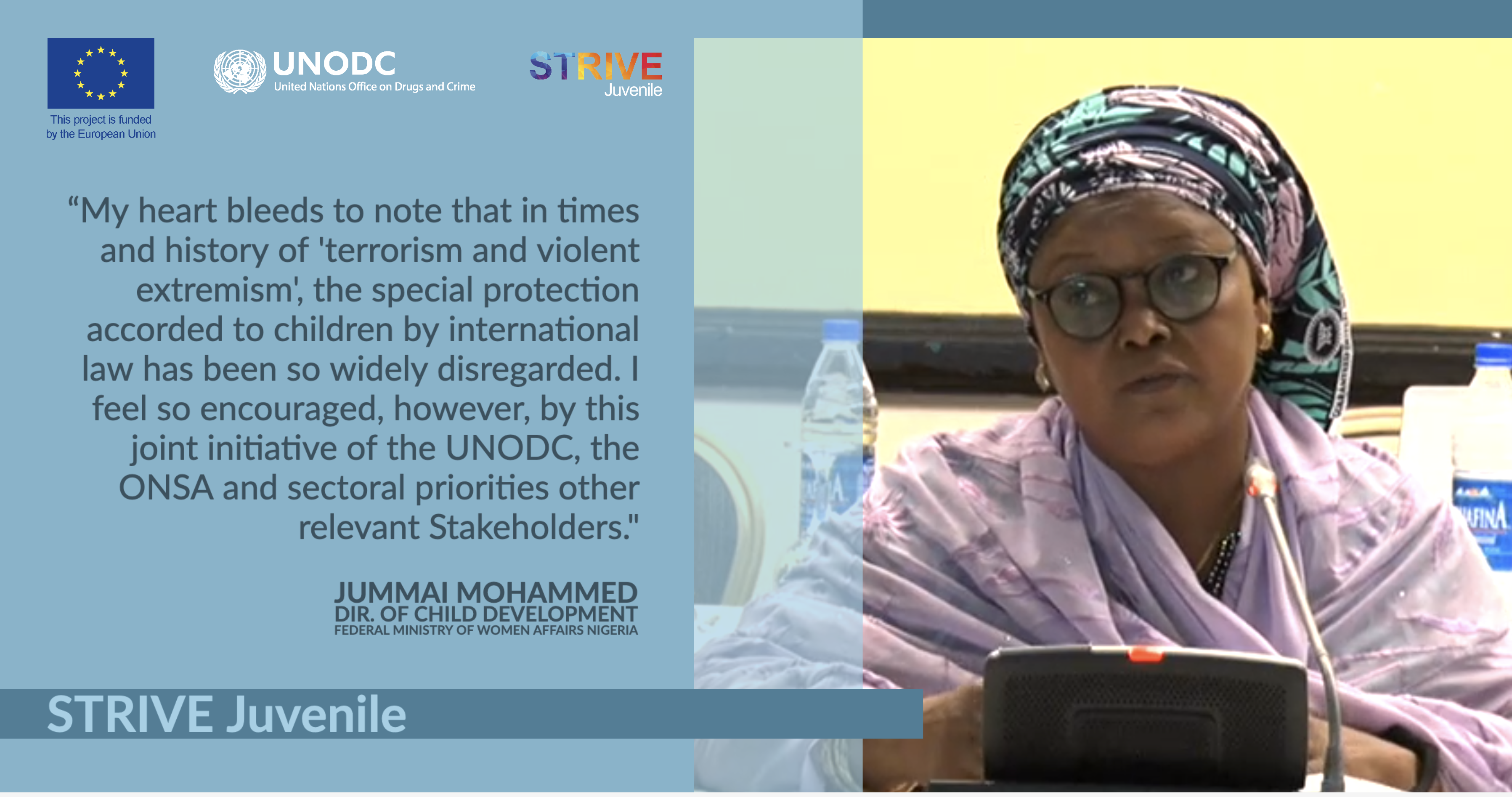 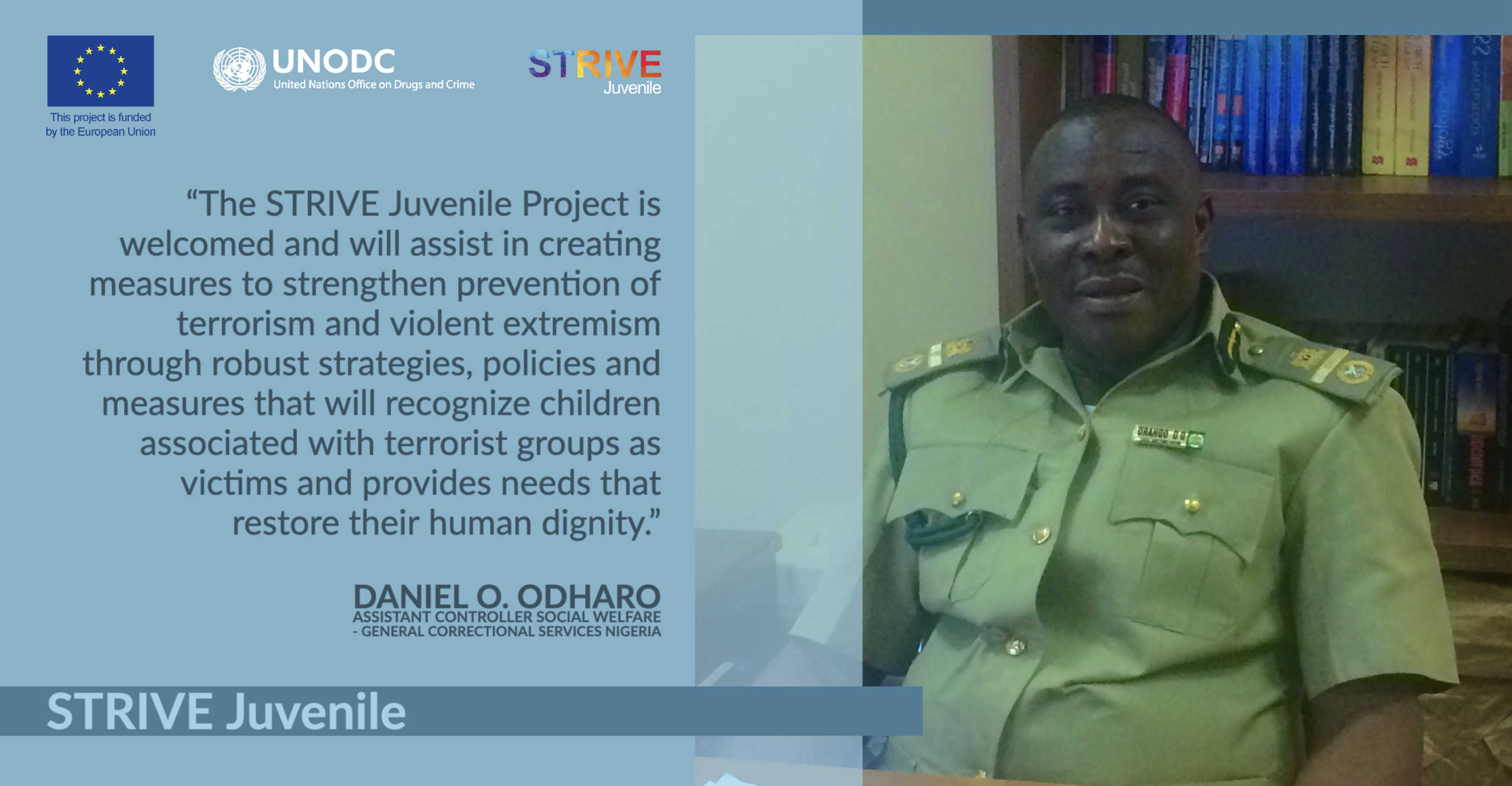 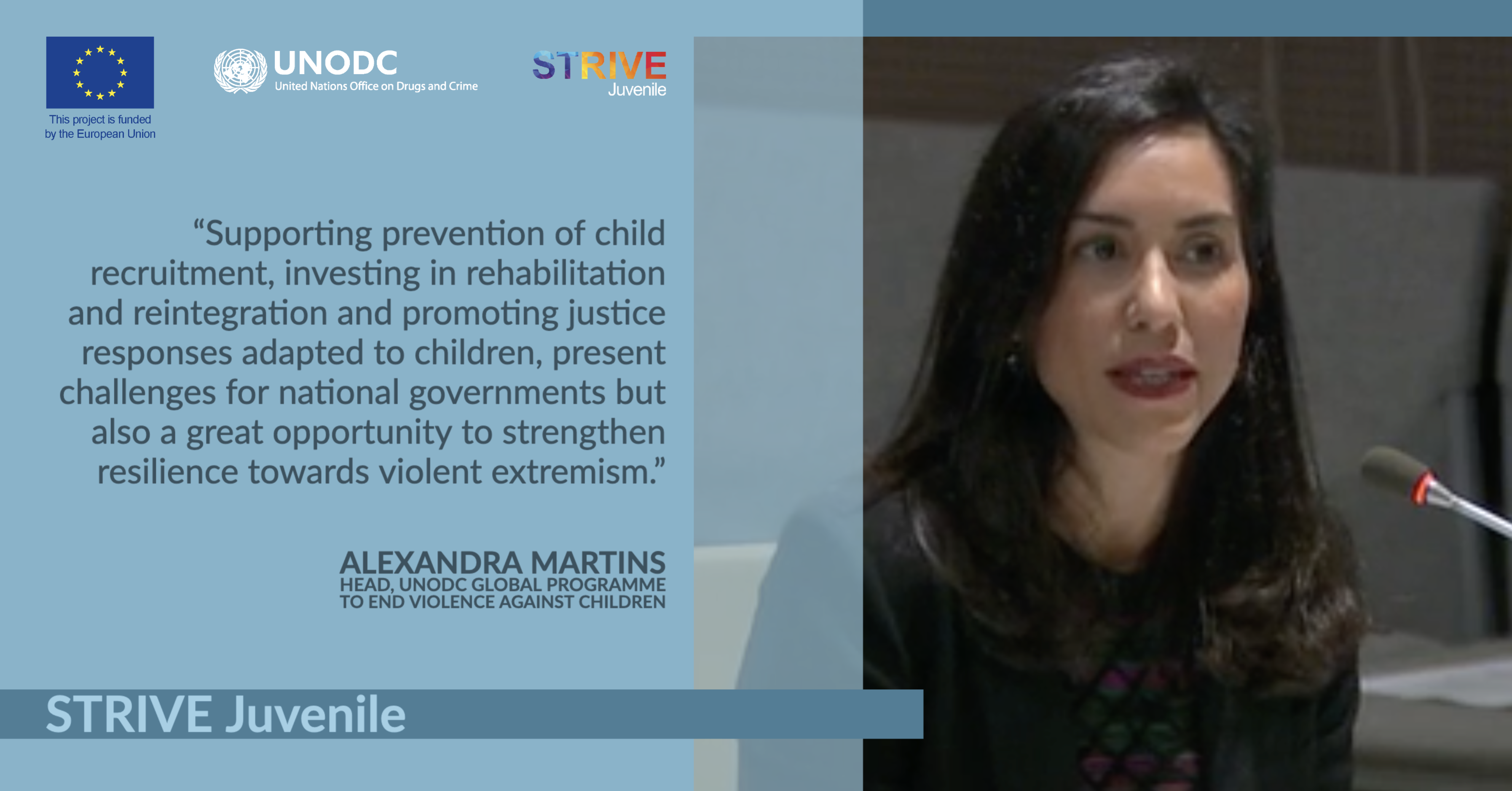 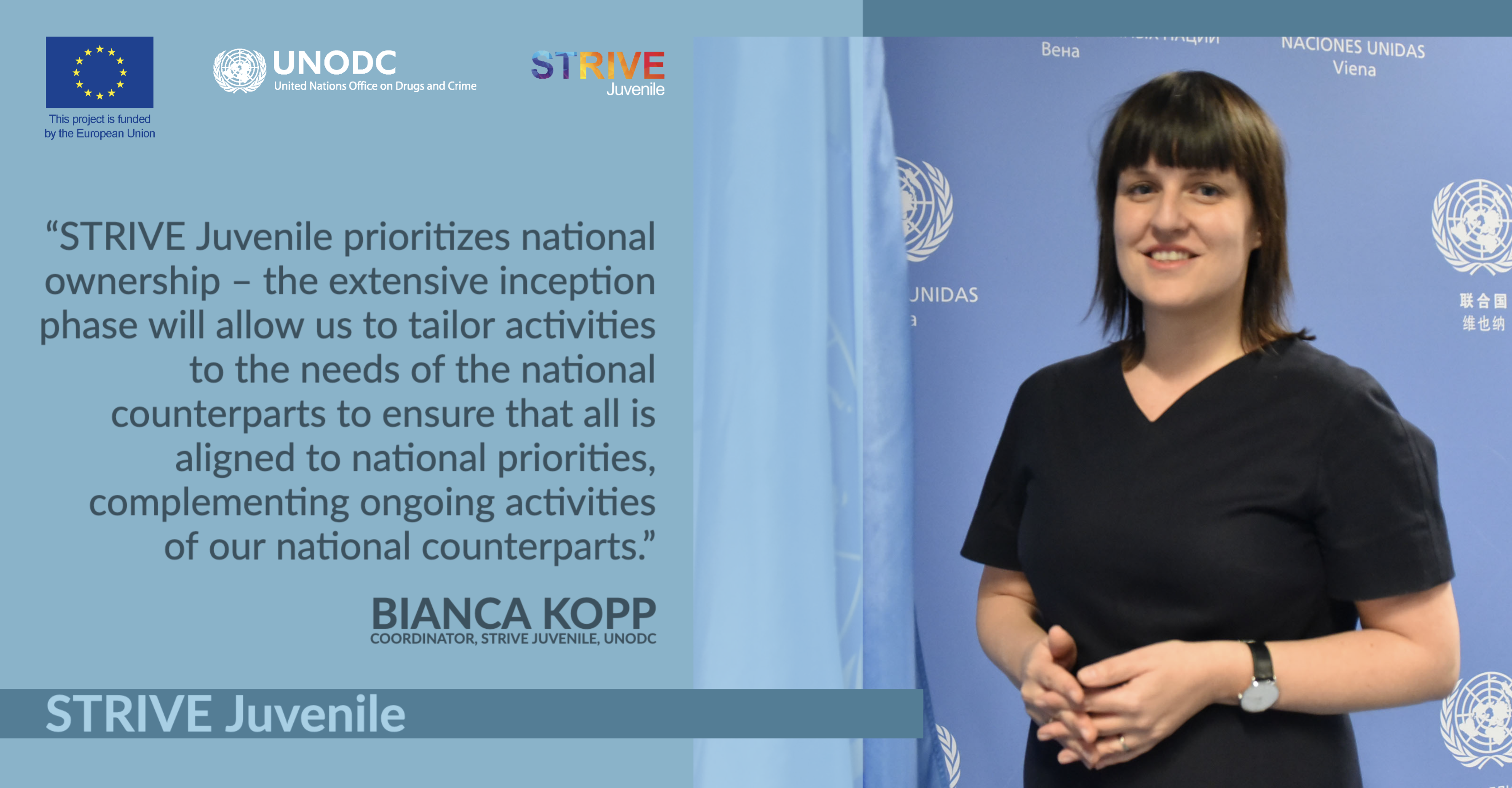 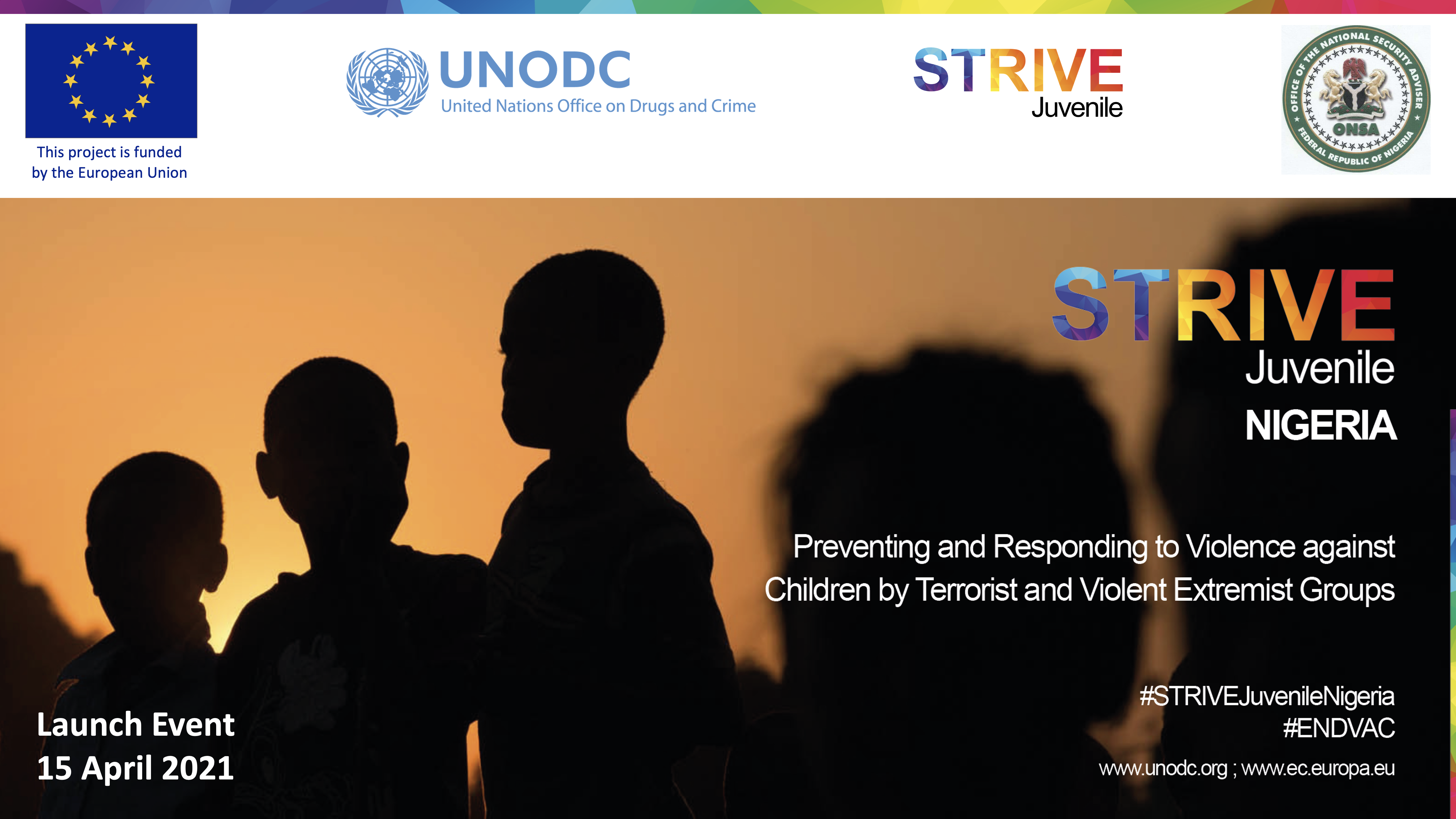 15 April 2021 Abuja, Nigeria – The Government of Nigeria and its Office of the National Security Advisor, together with the European Union and the United Nations Office on Drugs and Crime, launched the STRIVE Juvenile project in Nigeria aimed to prevent and respond to violence against children by terrorist and violent extremist groups.

Through this new STRIVE action, UNODC and the Government of Nigeria will take action to develop coherent strategies that better serve and protect children by enhancing safe and resilient communities, in which human rights and the rule of law guide the approach to combating violent extremism. The launch of the STRIVE Juvenile Partnership between the European Union, UNODC and the Government of Nigeria will help in taking the fight against terrorism further by preventing and countering violent extremism affecting children, in full respect of human rights, gender equality and international law. 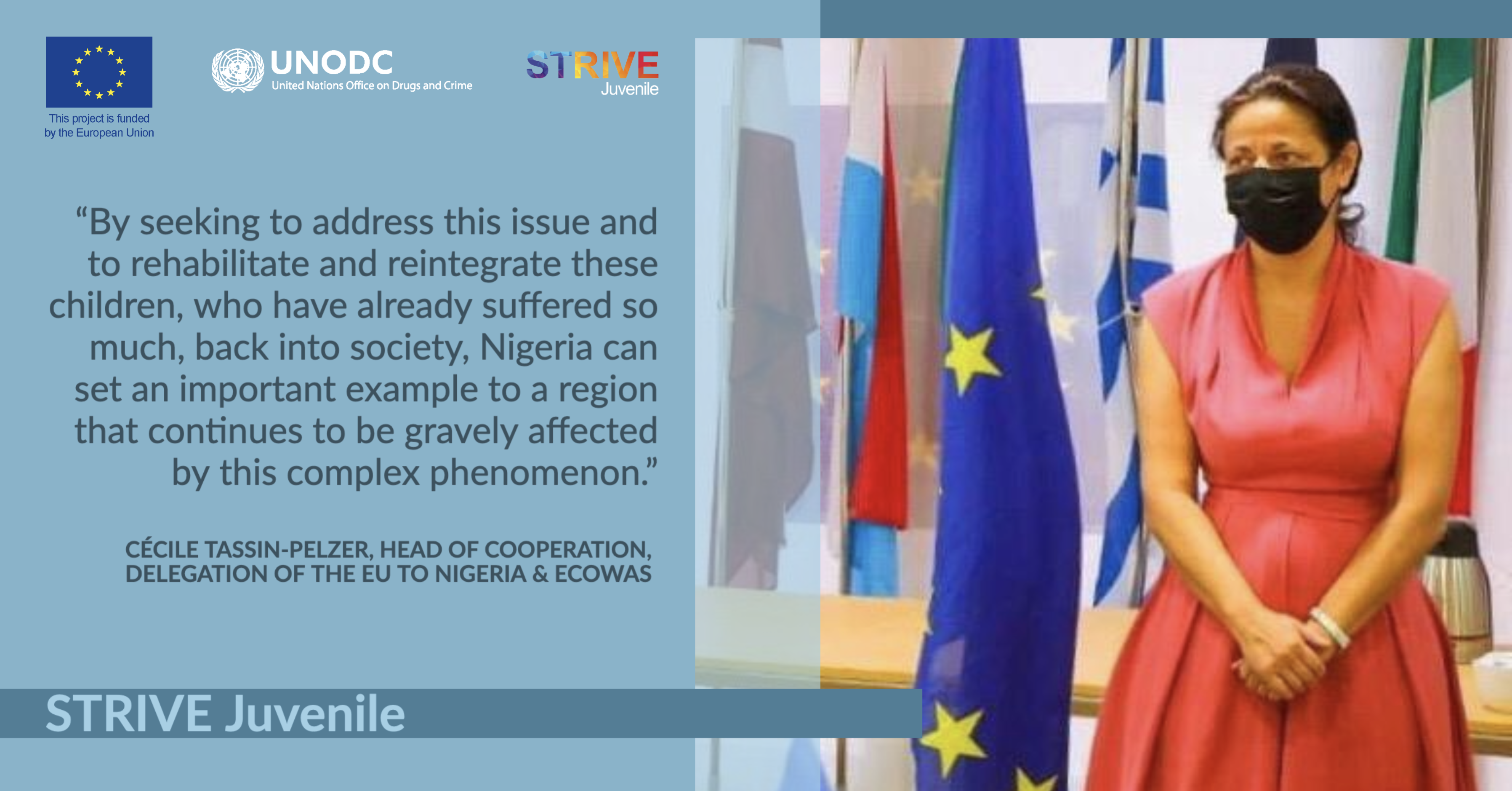 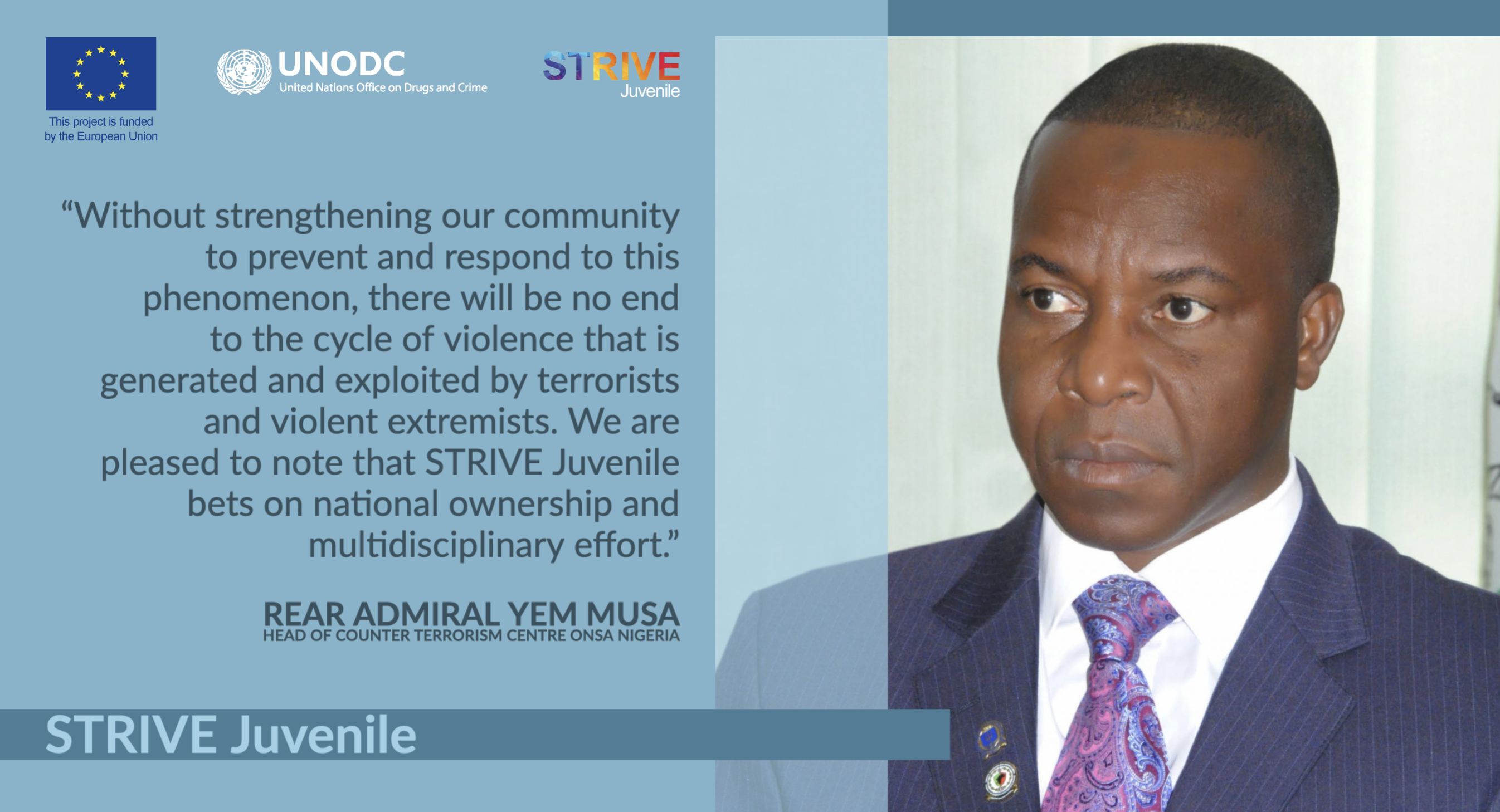 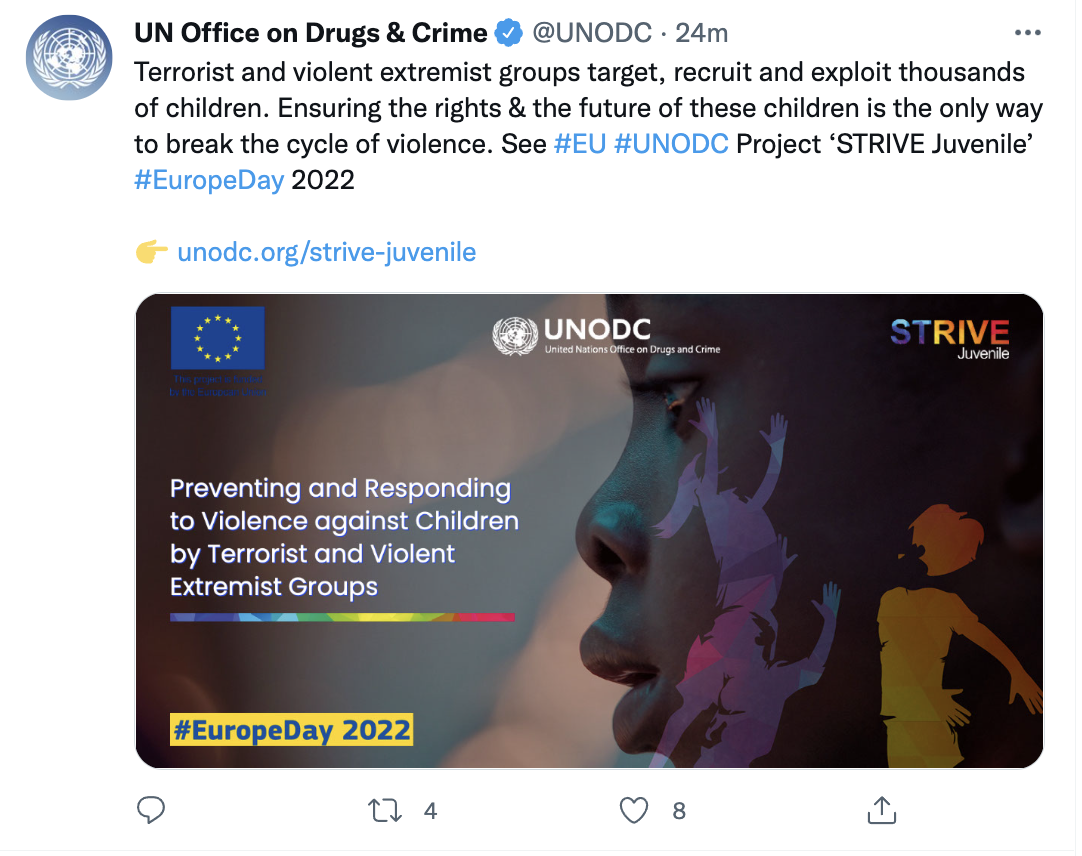 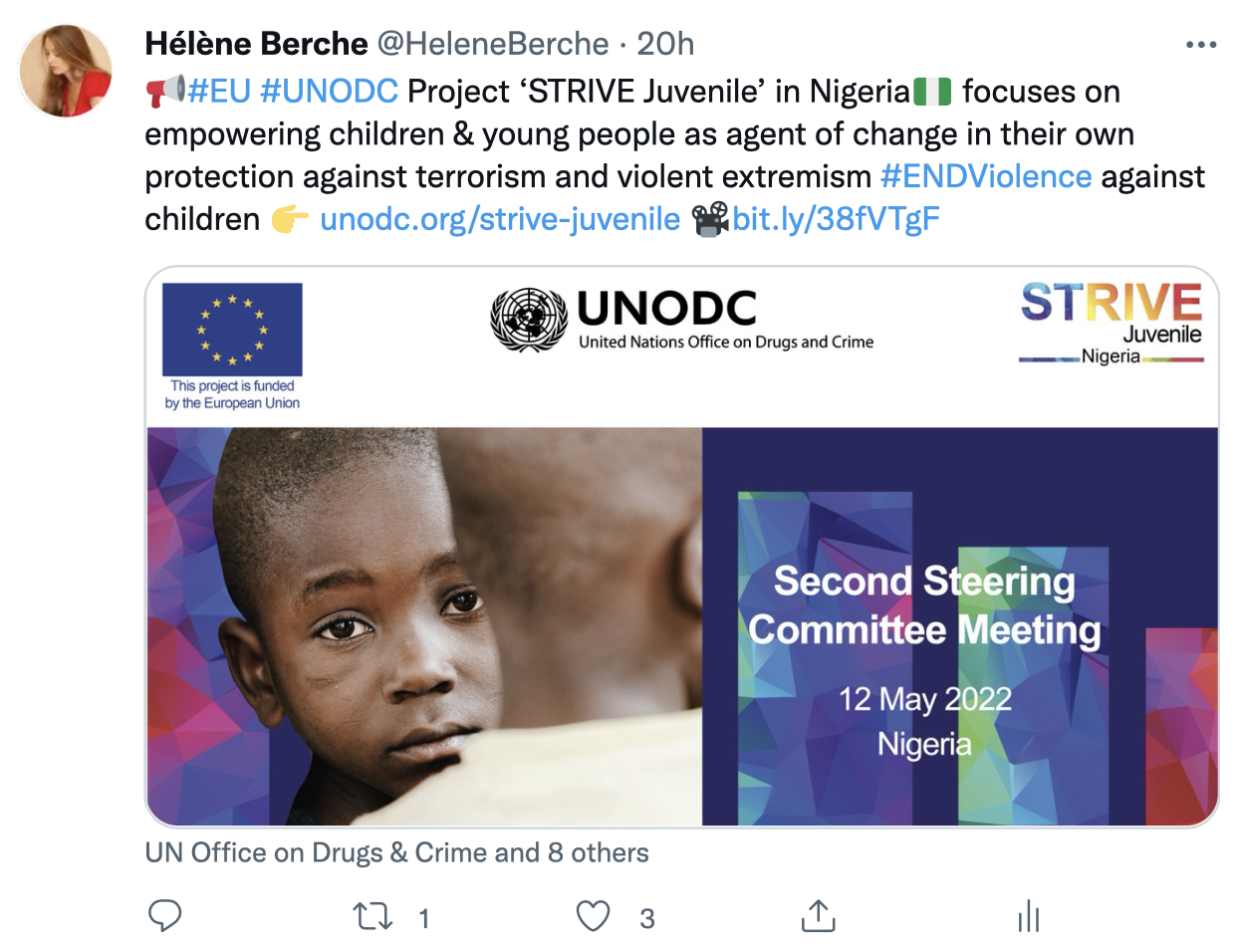 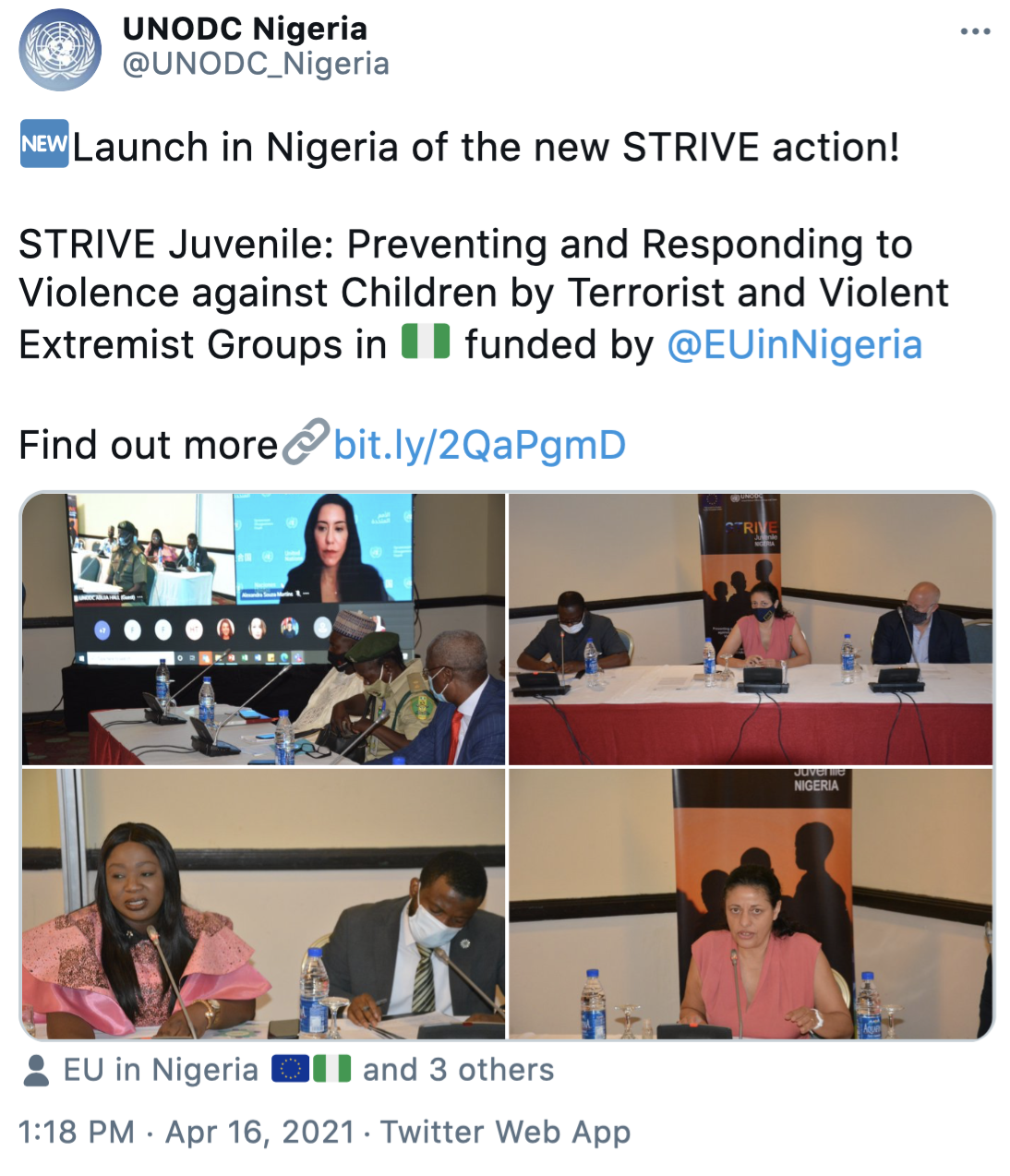 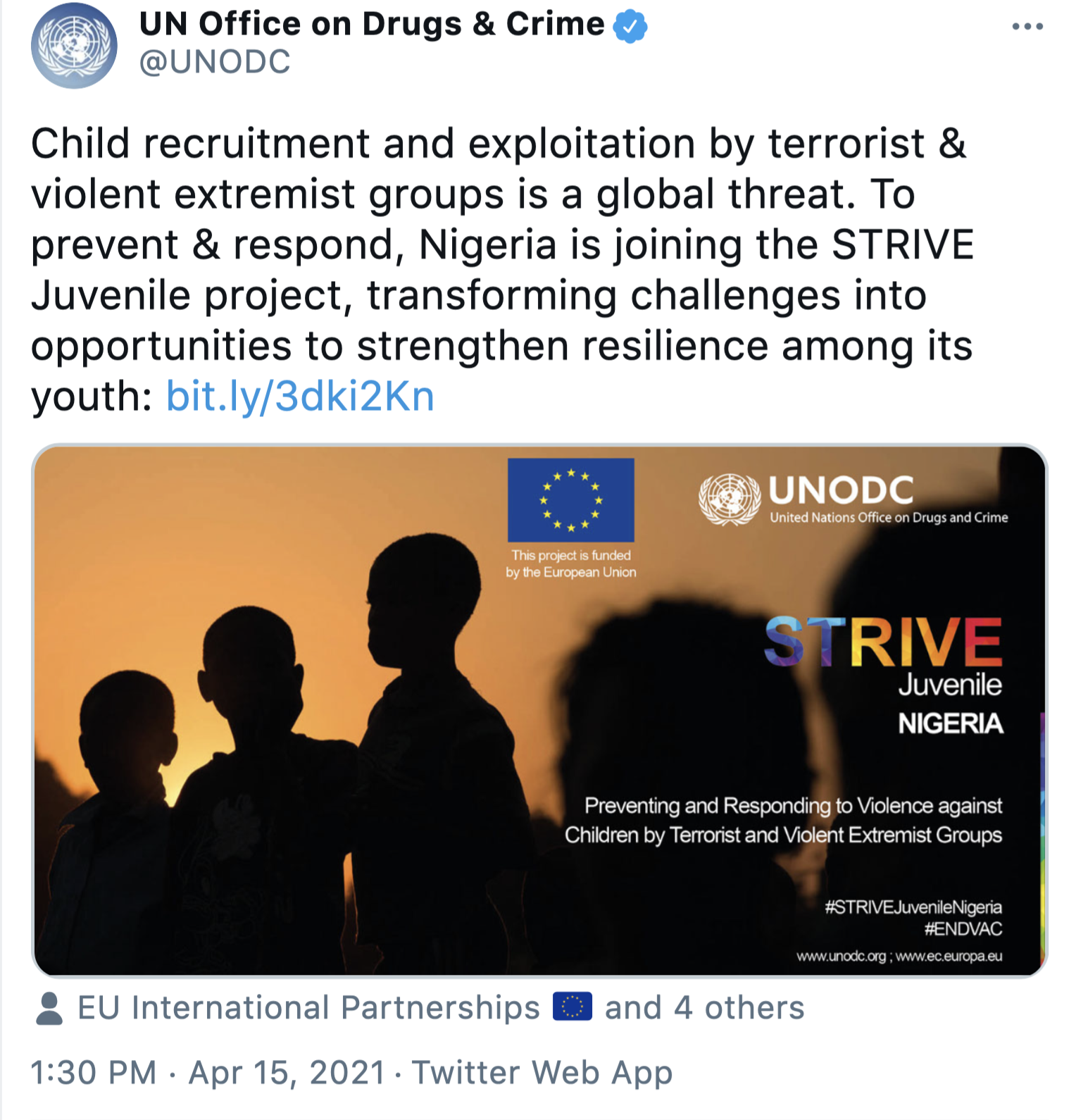 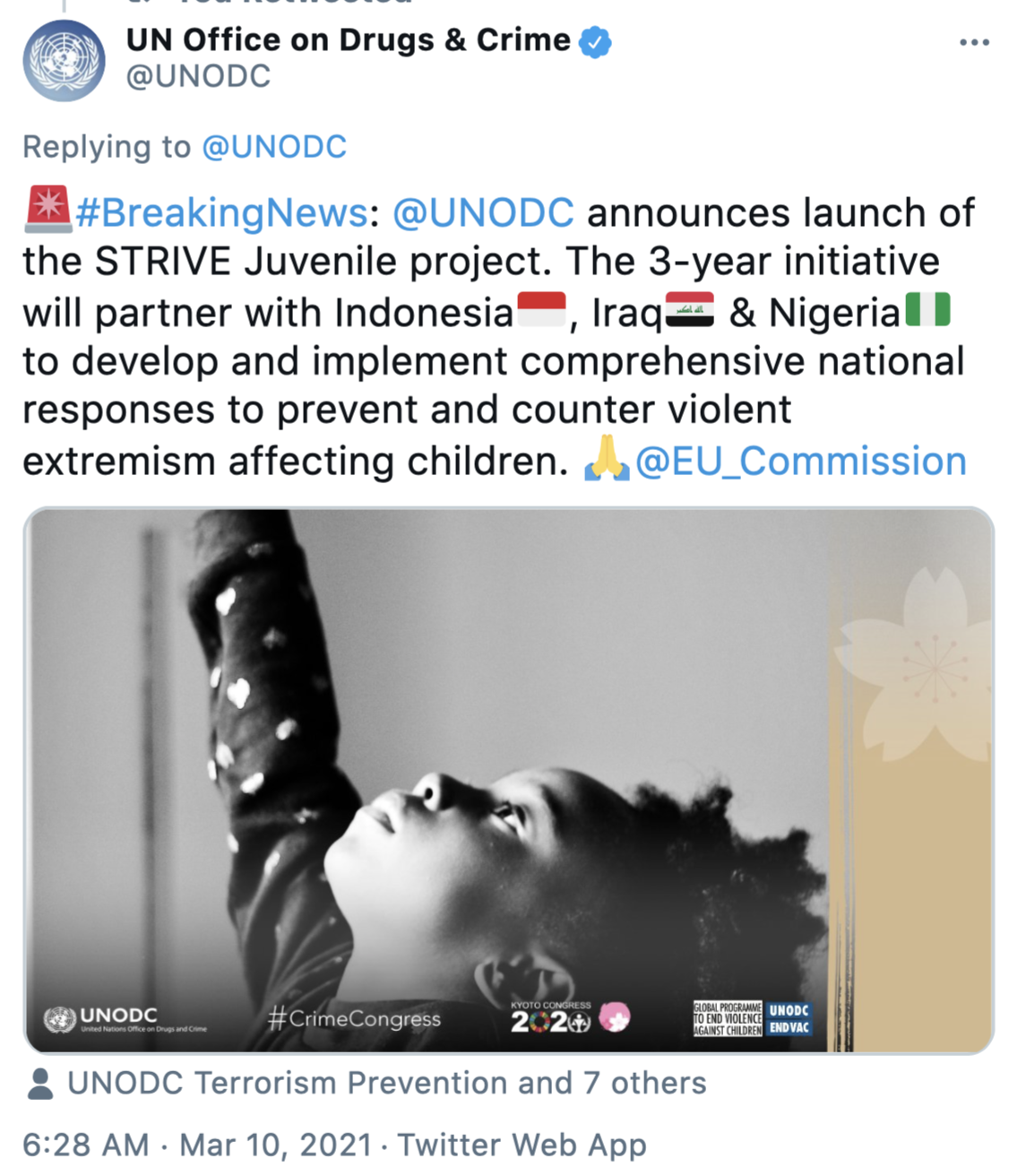 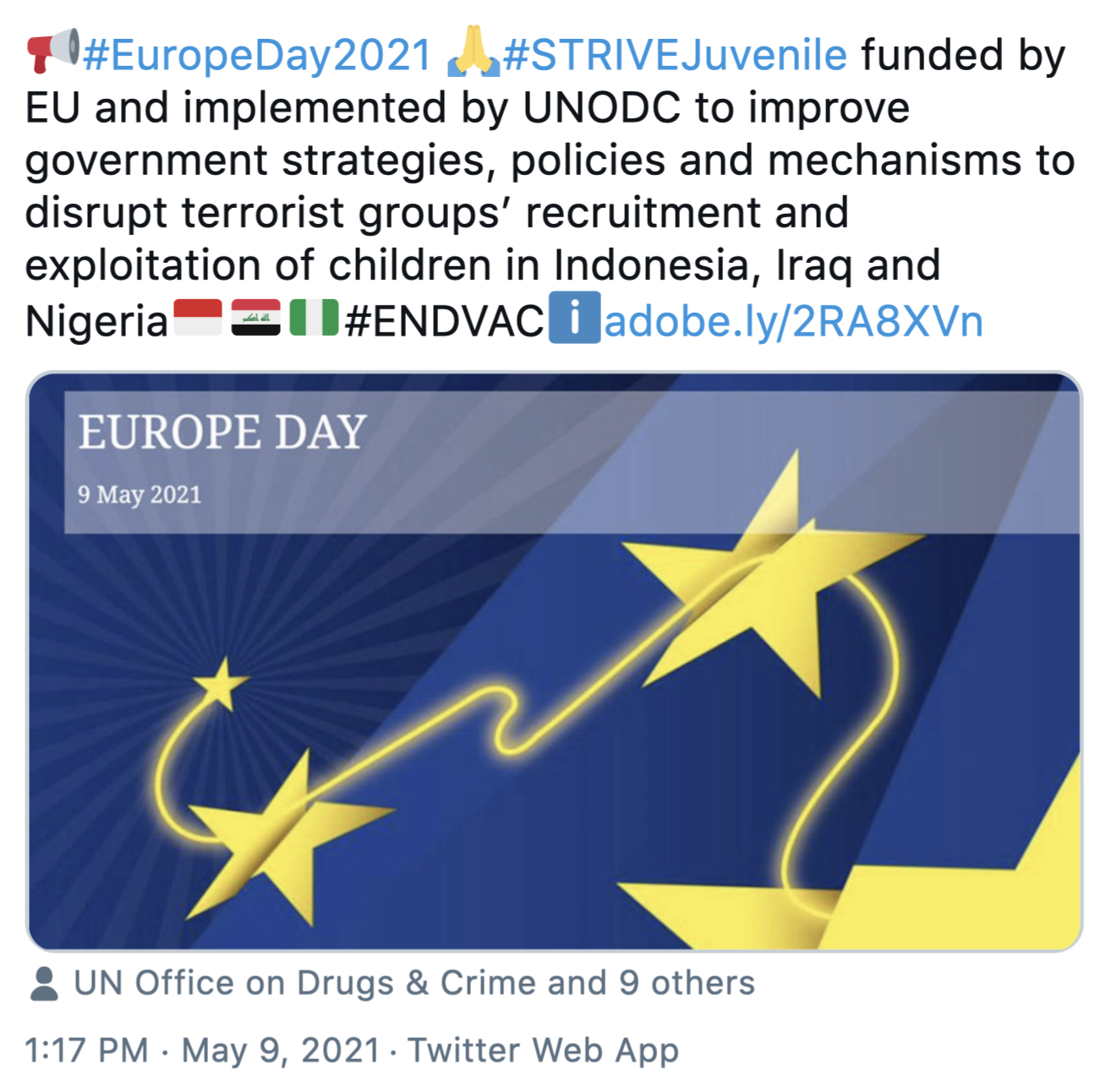