Sixty-three NGOs from all around the world participated to the 6 th session of the COP/CTOC last 15-19 October 2012. Working on different subjects and among others on the prevention of crime, the assistance to victims, the access to justice, the preservation of the environment, the promotion of Human Rights or the research on small arms, they united under the umbrella of the Alliance of NGOs on Crime Prevention and Criminal Justice to have a stronger voice on the debate.

The Conference was also the occasion for the civil society to organise side events as a way to share knowledge and experience, advocate for the rights of victims and compare best practices. In total, NGOs organised 7 side events.

Among other, the Global Alliance Against Trafficking in Women -  GAATW, the Academic Council on the United Nations System - ACUNS and the Austrian NGO EXIT organised a side event entitled "Learning from Victims of Crime for a Better Criminal Justice Response". The purpose of this event was to bring the voice of victims to the attention of policy makers. Two panellists, an Albanian lawyer and a young Afghan boy, were asylum seekers who expressed the enormous difficulties faced in their home countries and in their host countries and the hardship of the travel. 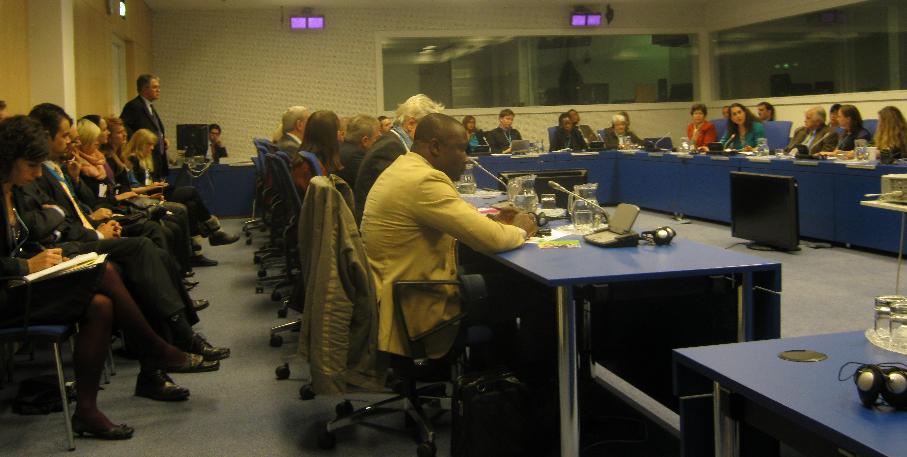 During the side event "the contribution of NGOs to counter trafficking operations", civil society panellists looked at some of the ways in which NGOs are partnering with goverments in the implementation of the UNTOC. They explain how NGOs facilitate the access to justice, contribute to research and build capacity of victims and other organizations. NGO participate also law enforcement actions such as by reporting trafficking cases, providing evidence and assisting victims.

Finally, NGOs met with UNODC Executive Director Yury Fedotov during an Informal Dialogue. NGO expressed their expectation on the conference's outcome and asked diverse questions on UNODC priorities and work with NGOs. Mr Fedotov reasserts UNODC willingness to partner with NGOs. The office is seeking for their feedback to its work but also put in place a small grant facility program and a trust fund to help victims of Human Trafficking to support the work of NGO and their beneficiaries. NGOs help UNODC reach out to victims and in so doing, bridge the gap between decisions taken at high levels and local communities, beneficiary of the assistance of UNODC.