On 1 February 2019, the UNODC Civil Society Team (CST) organized a follow-up meeting to draft on an outcome document which affirms the fundamental importance of active participation of individuals and groups outside the public sector in the prevention of and the fight against corruption and raising public awareness regarding the existence, causes and gravity of and the threat posed by corruption, as stipulated by Article 12 and 13 of the UNCAC. This event resulted from previous collaborations throughout the three multi-stakeholder workshops on the United Nations Convention against Corruption (UNCAC) and its Review Mechanism. 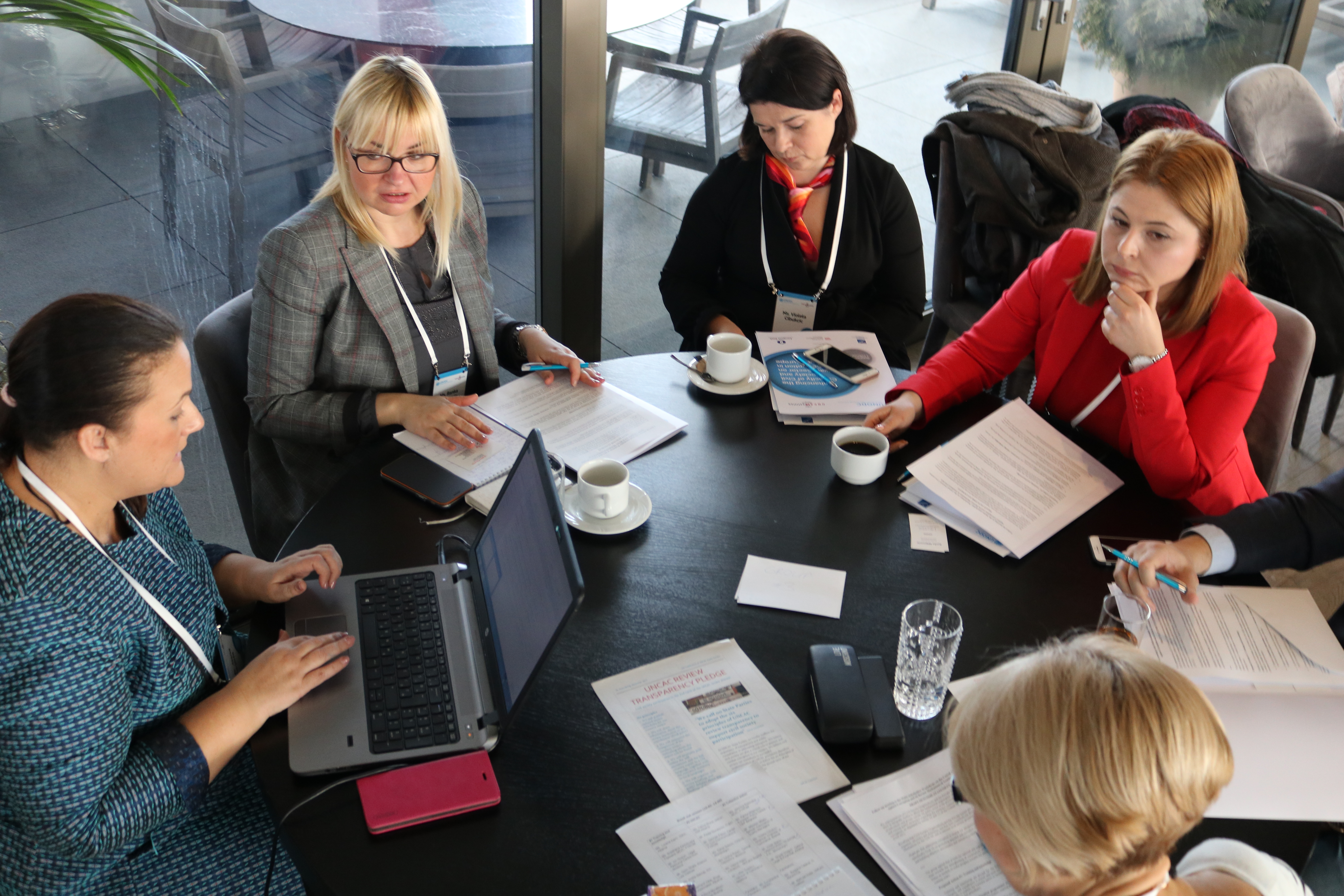 out concrete and practical steps towards a strengthened cooperation in the areas of training and knowledge, implementation of UNCAC and its Review Mechanism and collective action. This document has been endorsed by the contributors and remains open for additional endorsements. As for the next step, actions undertaken in this regard as well as the outcome statement will be presented at a side event during the upcoming eighth session of the Conference of the States Parties to the United Nations Convention against Corruption in Abu Dhabi, on 16-20 December 2019.

The meeting brought together ten civil society representatives and six private sector actors from the region, namely Albania, Bosnia and Herzegovina, Montenegro, North Macedonia, Serbia and Kosovo under UNSCR 1244 as well as partners from the Regional Anti-Corruption Initiative, the UNCAC Coalition and the Southeast Europe Leadership for Development and Integrity (SELDI) Network.

This event took place in the framework of the CST SEE programme that includes the "Southeast Europe Regional Programme on Strengthening the Capacity of Anti-corruption Authorities and Civil Society to Combat Corruption and Contribute to the UNCAC Review Process", funded by the Regional Anti-Corruption Initiative (RAI) and the project on "Enhancing the Capacity of Civil Society on Anti-Corruption and Good Governance in the Western Balkans", funded by the European Bank for Reconstruction and Development (EBRD), both of which place emphasis on multi-stakeholder initiatives in the fight against corruption.