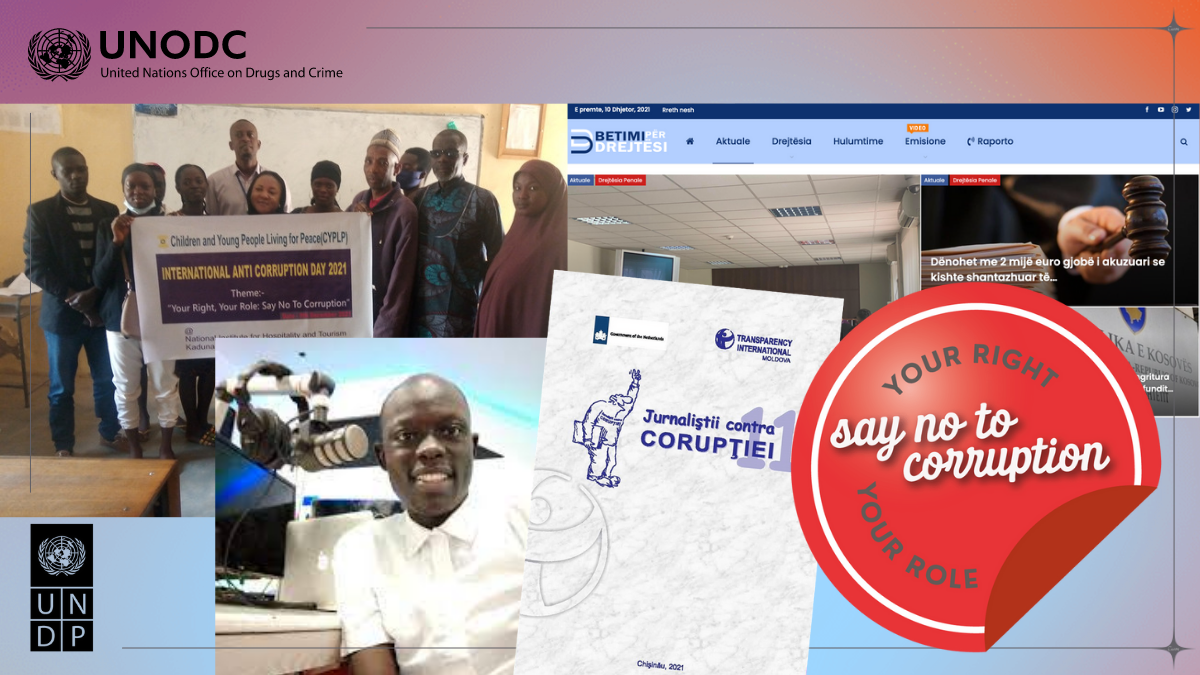 Vienna (Austria) - 10 December 2021 – On 9 December, civil society organisations (CSOs) around the world celebrated the annual International Anti-Corruption Day (IACD) 2021. This year's campaign, under the theme “Your right, your role: Say no to corruption,” emphasises the rights and responsibilities of everyone in tackling corruption, from the community level up to the international sphere. It reminds us of the need for policies, systems, and measures to be in place for people to be able to speak up and say no to this crime. IACD 2021 was marked by civil society with various activities and campaigns, a selection of which the UNODC Civil Society Unit share here:

CYPLP awareness-raising programme in Nigeria
Cybercrime is on the rise in Nigeria with both an increasing number of victims and perpetrators. To mark IACD 2021, Children and Young People Living for Peace (CYPLP) organized an event for students in the hospitality and tourism industry to talk about cybercrime and Internet fraud, particularly as it relates to young people. CYLP will take the results of the event to the National Institute for Hospitality and Tourism. Points were raised around Internet fraud, corruption in the hotel business, false data collection from customers and ways forward.

United together against corruption in Kosovo
The think tank NGO Kosovo Law Institute organised the following activities for IACD2021:

For further information on activities and resources on IACD 2021, please refer to the official webpage and Trello.