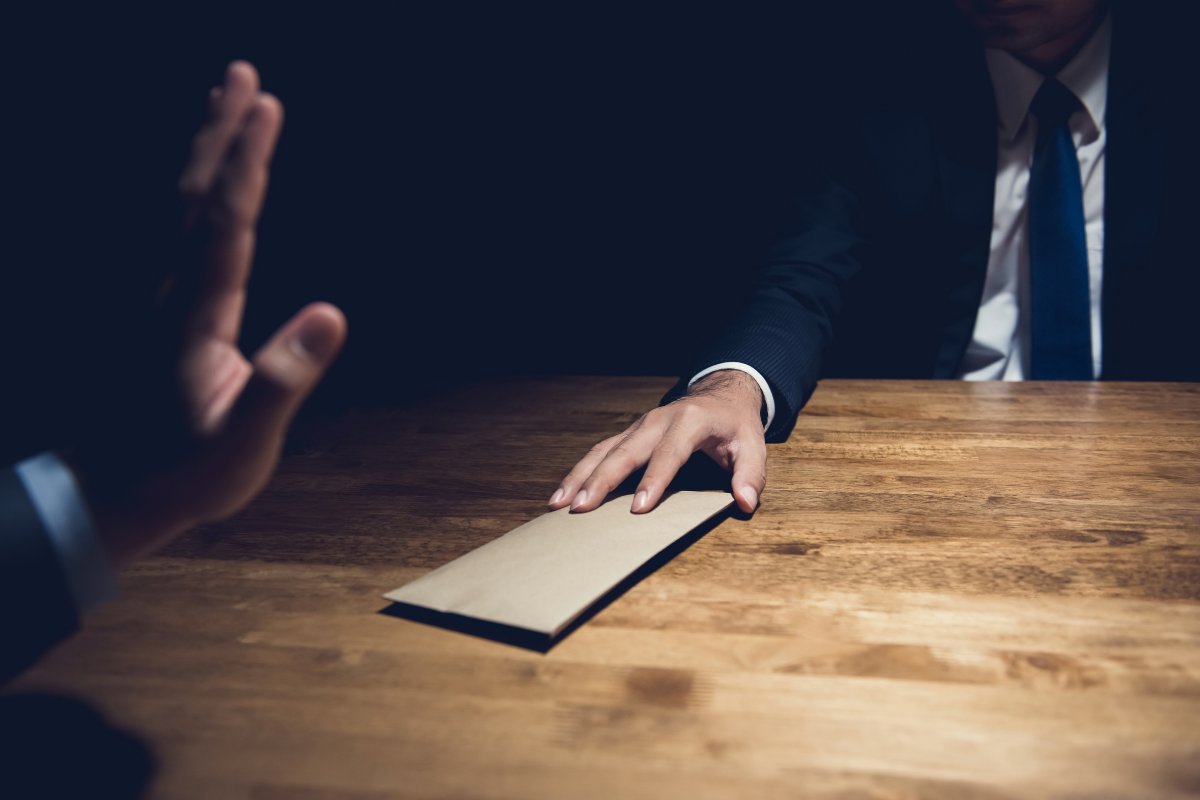 To assist Member States in the region, UNODC successfully launched and implemented a five-year programme in 2015, the Southeast Europe Regional Programme on Strengthening the Capacity of Anti-Corruption Authorities and Civil Society to Combat Corruption and Contribute to the United Nations Convention against Corruption (UNCAC) Review Process.

Following an external evaluation and capitalizing on the results achieved during the programme, UNODC’s Civil Society Unit together with the Regional Anti-Corruption Initiative (RAI) have designed a new programme: Southeast Europe – Together Against Corruption (SEE-TAC), funded by the Austrian Development Agency (ADA).

An online meeting introducing the new initiative gathered over 80 participants, to mark the launch of three years of activities towards strengthening the resilience of Southeast Europe and combating corruption. This will be achieved by enhancing the capacity of governments, civil society organizations, the private sector and the media; to prevent and fight corruption while effectively implementing the UNCAC.

At the opening of the event, Laura Stefan, RAI Chairperson, noted that the first phase of the programme will identify challenges and successes from the previous programme, which were integrated into the design of the new initiative. Ms. Stefan also extended her appreciation for the support of ADA and other donors.

From her part, Michaela Flenner, Programme Manager for South Eastern Europe with the ADA, pointed out that the current programme deals with much more than anti-corruption matters, delving deeply into the cross cutting issues of gender equality and social inclusion, while emphasising a human rights-based approach.

At the core of the SEE-TAC programme is the UNCAC: the only legally binding universal anti-corruption instrument, and one that recognises the important role of cooperation between the private sector and civil society in combating corruption.

During the virtual launch, Virginia de Abajo-Marqués, UNODC Regional Asset Recovery & Anti-Corruption Advisor for the Western Balkans, underlined that the experiences and technical expertise of non-governmental stakeholders make them essential partners in the prevention and fight against corruption. She further observed that the two UNCAC country reviews undertaken in the region thus far –namely in Bosnia and Herzegovina and North Macedonia– involved committed non-governmental actors. This result she proudly attributed to the success of UNODC’s multi-stakeholder workshops.

A private sector representative, Ardita Seknaj, Secretary General of the International Chamber of Commerce in Albania, mentioned that due to UNODC and RAI’s efforts, the private sector has joined forces with civil society organisations and built collective action initiatives in the country, which led to a notable improvement of national anti-corruption strategies and an alignment with the best international practises.

Under the auspices of the SEE-TAC Programme, 25 public institutions, 40 business representatives and 175 civil society representatives will be working together alongside the UNCAC Coalition and the WB6 Chamber Investment Forum, on the implementation of a wide range of activities throughout the upcoming years.

Enhancing the capacity and involvement of civil society in anti-corruption activities – notably in relation to UNCAC – is also part of the UNODC Regional Programme for South Eastern Europe, which provides the framework for UNODC initiatives throughout the region. 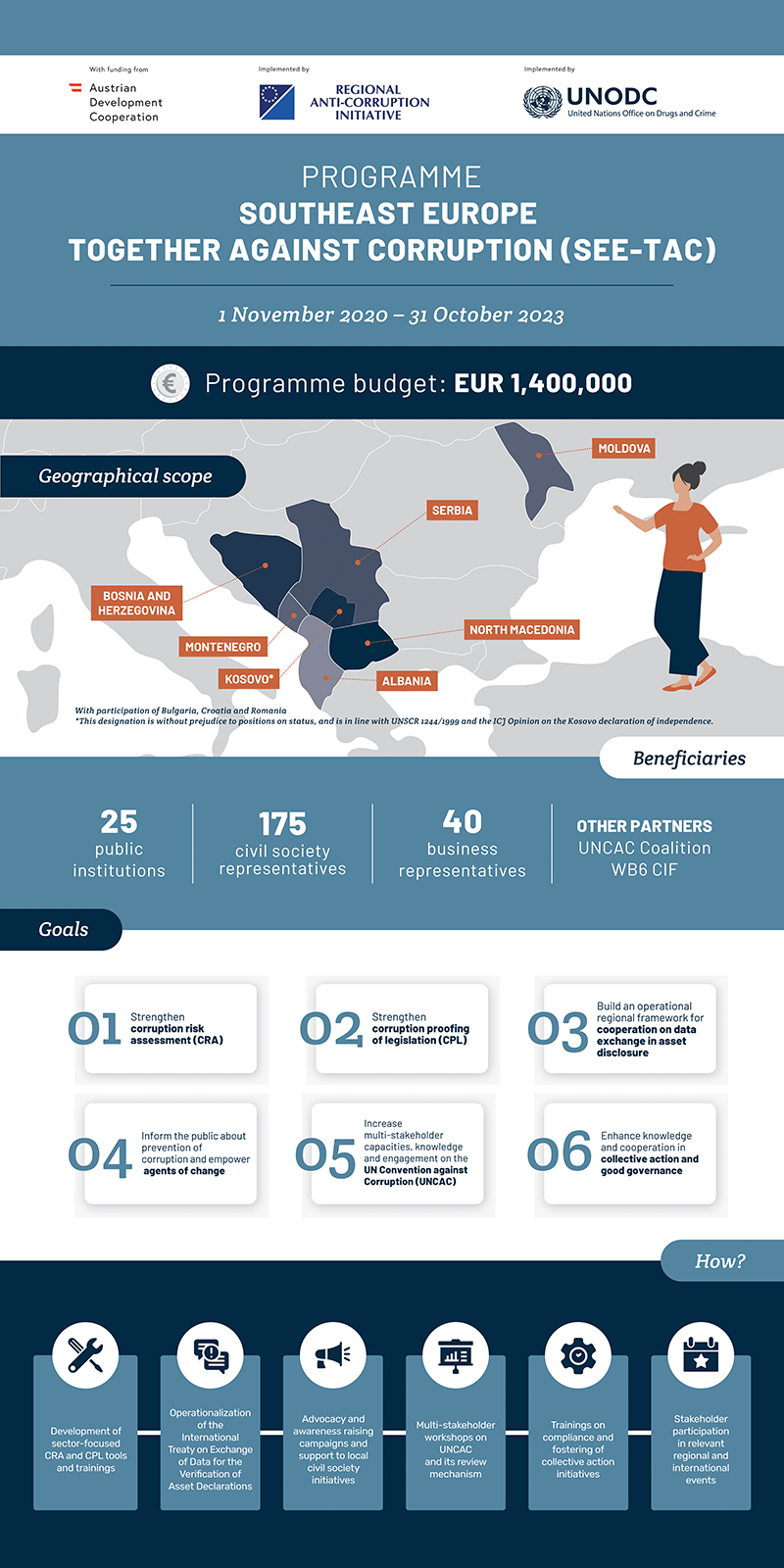