The AIRCOP task force of Punta Cana International Airport, Dominican Republic, detects and supports the disruption of a migrant smuggling network towards Europe 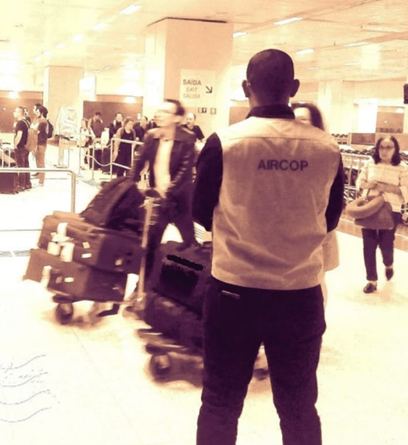 The detection of these high-risk passengers is the result of a long-term investigation carried out by Punta Cana AIRCOP task force, in collaboration with the National Police of Spain. This interception led to the disruption of an important migrant smuggling network which had been operating in the country for many years.

An initial alert was raised by airlines operating at Punta Cana International Airport, which identified that a large number of Dominican nationals were using air routes to reach European countries, such as Spain (Madrid and Barcelona) or the Netherlands (Amsterdam), by booking flights to destination for which they were not required to present a tourist visa, such as Israel or Turkey, with a stopover in Europe. While transiting through Europe, they were using fraudulent, altered or fake travel documents, and, if uncovered by law enforcement, would immediately apply for asylum.

In line with AIRCOP's recommendations and in coordination with the Dominican Immigration Department, the different airlines took preventive measures to try to put an end to this suspicious travel pattern. In particular, based on a report by the Spanish Police identifying the use of such route by criminals, the airline covering the Punta Cana- Barcelona route (LEVEL-IBERIA) had prohibited the issuance of tickets with final connections to Tel-Aviv, Israel.

AIRCOP task force in Punta Cana joined forces with LEVEL-Iberia, the Immigration Department and the Corporación Aeroportuaria del Este, S.A. (CAE) (the private corporation operating Punta Cana Airport) to take action against the organization that was responsible for planning these trips.

The coordinated action uncovered a network working hand in hand with employees who provided services to LEVEL-Iberia and resulted in the dismissal of 2 employees who were printing the boarding passes for the network.

Other airlines are increasingly being used as alternatives on the route Punta Cana - Madrid - Tel-Aviv, with several travellers using the same modus operandi and usurped or false documents of different nationalities. The Dominican Immigration Department, thanks to the meticulous job of the JAITF of Punta Cana, has uncovered evidence of such illegal activities and has taken measures to disrupt this network of migrant smugglers.