Bogotá: DIRAN Officers at the El Dorado International Airport, part of the AIRCOP Network, seize half a ton of cocaine

Along the "cocaine route", from Latin America to Europe through Africa, transportation by air remains an important means of trafficking. Due to the growing connectivity offered by airlines, airports are prone to exploitation by high-risk and suspicious passengers, such as illicit traffickers and terrorists (including potential foreign terrorist fighters), for the trafficking of all types of illicit goods and flows. So far, officers of the Anti-Narcotics Division (DIRAN), operating at the El Dorado International Airport in Bogotá, who form part of the AIRCOP project, have reported seizures of 19.40kg of cannabis, 929.19kg of cocaine, 5.84kg of heroin, and 122 arrests.

On 3 November 2018, AIRCOP officers of the DIRAN at El Dorado International Airport in Bogotá participated in the seizure of a record-breaking 531 kilos of cocaine. The drugs, which were concealed in industrial washing machines, were to be transported via air cargo to the San Andrés Islands archipelago. 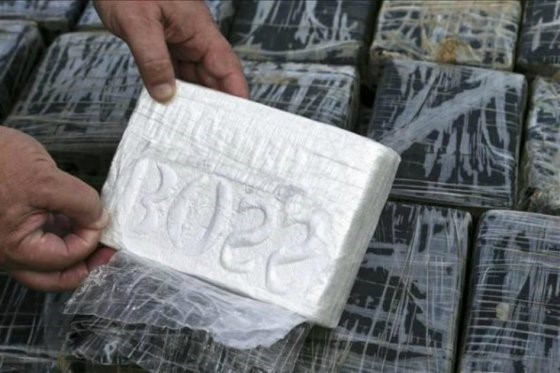 AIRCOP, implemented by UNODC in partnership with INTERPOL and WCO, aims at strengthening the capacities of international airports to detect and intercept drugs, other illicit goods and high-risk passengers. AIRCOP also promotes intelligence and information sharing between services at national and international level, as well as an intelligence-led approach to counter drug trafficking and other threatsAlthough there were no arrests made as a result of the seizure, authorities speculated that the illicit merchandise belonged to El Clan del Golfo (English 'the Gulf clan'), one of the largest drug-trafficking organizations in Colombia. In addition, they pointed out that this may be the largest cocaine seizure made inside a Colombian airport in recent years. The illicit merchandise, estimated to be worth about 4 million USD, is being held before being sent to the Office of the Prosecutor.

This project, funded by the European Union, Canada, France, Japan, the Netherlands, Norway and the United States of America, was initially designed in 2010 as part of the European Union's Cocaine Route Programme. Since then, it has expanded its scope to cover multiple threats targeting airports and is geographically covering over 30 countries, including 24 operational JAITFs in selected international airports and 5 associate countries in Africa, Latin America, the Caribbean and the Middle East.