The International Judicial Cooperation Network for Central Asia and Southern Caucasus (CASC) held a regional workshop on “Mutual Legal Assistance in Obtaining Electronic Evidence and Cybercrime Cross-Border Investigations” for law enforcement officials of Uzbekistan and Kyrgyzstan from 5 to 6 March 2020 at the Academy of the Prosecutor General’s Office of the Republic of Uzbekistan. Due to the Covid-19 outbreak, other member countries of the CASC network were unable to attend the event. This training was carried out in cooperation with the Academy of the Prosecutor General’s Office of Uzbekistan and was aimed at enhancing the capacities of the central authorities of Central Asian countries to provide swift, effective support to one another in an effort to effectively cooperate when investigating transnational cybercrime. Throughout the event, 24 law enforcement officers from Kyrgyzstan and Uzbekistan, as well as academic representatives from the Academy of the Prosecutor General’s Office, the Tashkent State Law University, and the Academy of the Ministry of Internal Affairs of Uzbekistan were trained on practical matters relating to obtaining e-evidence and investigating transnational cybercrime cases. In addition to that, numerous foreign experts from the Prosecutor General's Office of Portugal, the Directorate for Investigating Organized Crime and Terrorism of Romania, and a representative from the Trust and Safety for the South & Central Asia Office of Facebook were also in attendance.

Throughout a series of group work exercises attendees worked in small groups on a case exercise involving international cooperation and requesting/sending of electronic evidence focused to share knowledge of interventions on national laws and good practices in requesting and providing electronic evidence. Furthermore, the attendees were introduced to the methods of obtaining electronic evidence across borders through police-to-police cooperation, MLA, and direct communication with service providers. As a result, different challenges related to MLA and cybercrime investigations were discussed and participants brainstormed on the ways to efficiently overcome them. 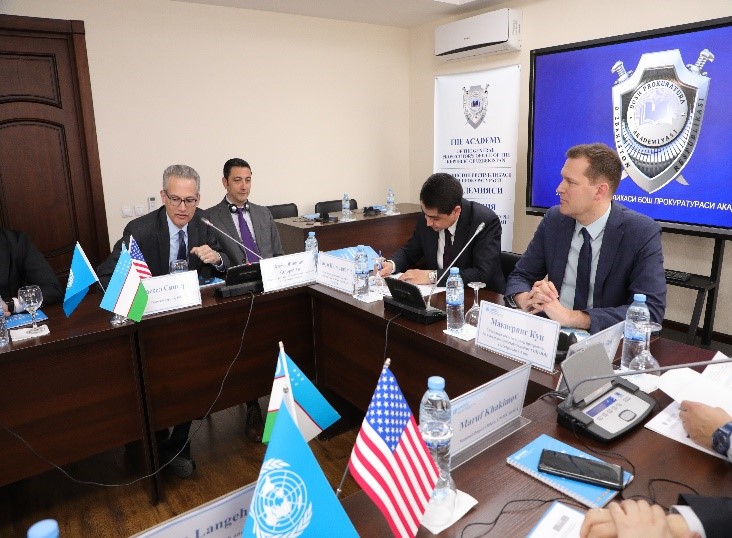 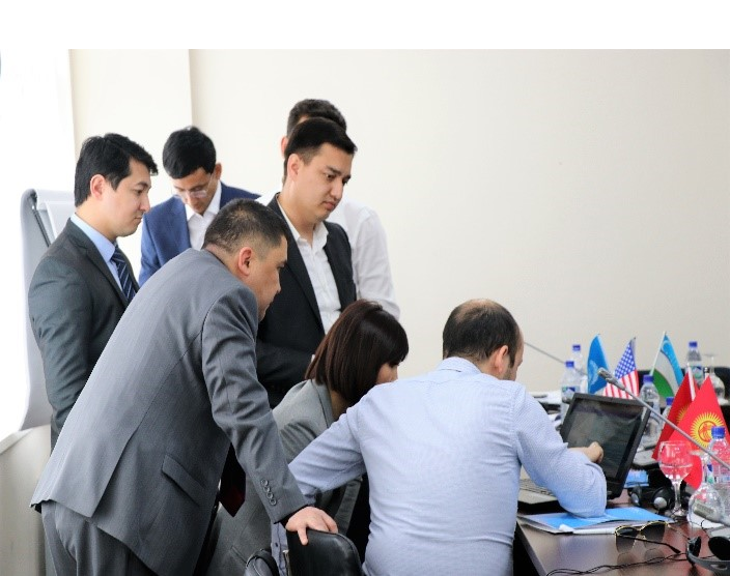 As an outcome of the workshop was the adoption of recommendations designed to further enhance cooperation within the CASC network. It was agreed by all workshop participants that there is a need to continue supporting the training initiatives related to international judicial cooperation within the CASC network as it ensures more effective investigations of transnational and transborder criminal cases. The participants agreed to elaborate on a step-by-step guide for investigators on how to obtain electronic evidence from service providers directly through the means of MLA in the Uzbek language and to disseminate new information and know-how to help strengthen the skills of other experts in the country.