UNODC launches a training module on The International Legal Framework against Chemical, Biological, Radiological and Nuclear Terrorism in the six official languages of the United Nations 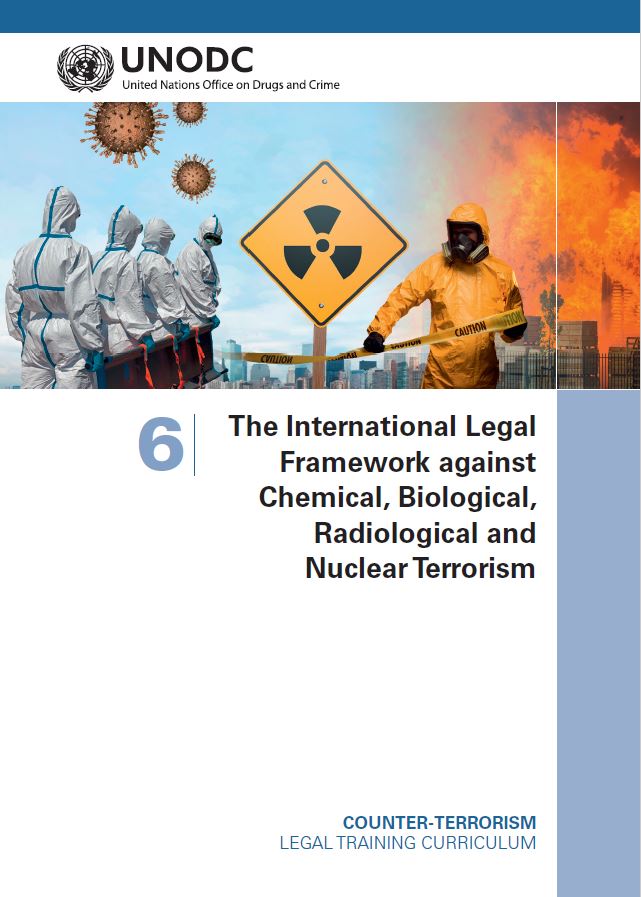 UNODC/TPB is pleased to announce the publication of a training module on The International Legal Framework against Chemical, Biological, Radiological and Nuclear (CBRN) Terrorism. The module is part of TPB's counter-terrorism legal training curriculum, which is one of the tools  developed for transferring the expertise needed to strengthen the capacity of national criminal justice officials in order to implement the international legal framework against terrorism.

The training module is the newest addition to the Curriculum and will be incorporated as appropriate in UNODC/TPB's training activities. It provides a thorough examination of the international legal instruments that the international community has developed to prevent and suppress acts of CBRN terrorism.

The Curriculum consists of several modules, each dealing with specific thematic areas of legal and criminal justice aspects of countering terrorism. Its first six modules are:

•           Module 1. Counter-Terrorism in the International Legal Context (under preparation)

Consistent with the mandates of the UNODC's work, the target audience of the Curriculum includes prosecutors and judges, investigators and other law enforcement officials, policymakers and Government officials from concerned key departments  (notably foreign affairs, justice and interior) who are involved in legislative drafting, international cooperation in criminal matters, investigation, prosecution and adjudication of terrorist crimes or have responsibilities in the ratification of international treaties.
The module has been developed in close coordination with several United Nation Member States including representatives from the International Atomic Energy Agency, the International Civil Aviation Organization, the International Maritime Organization, the 1540 Committee Group of Experts, the Centre for Science and Security Studies at King's College London, the Stockholm International Peace Research Institute and the Vienna Centre for Disarmament and Non-Proliferation that have also contributed to its development.