EU and UNODC, in cooperation with the UK, partner with Nigeria Police Force to help bring terrorists to justice

The EU, UNODC, and the United Kingdom are partnering with the Nigeria Police Force to give investigators new tools to bring terrorists to justice. Two groups of 30 Nigerian Police Force officers took part in an in-depth practical training course to strengthen their capacity to build strong case files to support successful prosecution of terrorist suspects while respecting human rights. The training series were led by UNODC in partnership with the British High Commission and were funded by the European Union.

These 60 trained officers are now armed with the skills to approach a terrorism crime scene, collect evidence while avoiding contamination, convert intelligence into evidence, interview witnesses and suspects, and manage a case file.  Despite the training series only concluding in early March, the officers already report that they are using this training in their daily work.

UNODC plans to follow on this training course with further specialized training as well as support for the Nigeria Police Force training schools.

UNODC organized these activities as part of the on-going EU-Nigeria-UNODC-CTED partnership project funded by the European Union.  The project seeks to support Nigeria to bring terrorists to justice and to prevent terrorism acts, through human rights-compliant criminal justice measures against terrorism.  It focuses on strengthening the capacity of Nigerian criminal justice officials to effectively investigate, prosecute, and adjudicate terrorism cases, in accordance with the rule of law and human rights.  This includes providing in-depth training courses for select groups of criminal justice officials and on-going advisory services for the trained officials, with the aim of supporting the transition from confession-based to evidence-based prosecution of terrorism cases.

Launched in May 2016, the project has already delivered 39 capacity building activities.  This included in-depth training courses for 40 legal advisors from the Nigerian investigative agencies and two select groups of 20 criminal justice officials on international cooperation and counter-financing of terrorism, and an intensive train-the-trainers course for 30 criminal justice officials on human rights and criminal justice responses to terrorism.  In December 2016, the project also organized a high level meeting at the request of the Office of the National Security Advisor on approaches to prosecuting, reintegrating and rehabilitating those persons associated with Boko Haram, followed by a working level meeting on the development of prosecution strategies in June 2017. 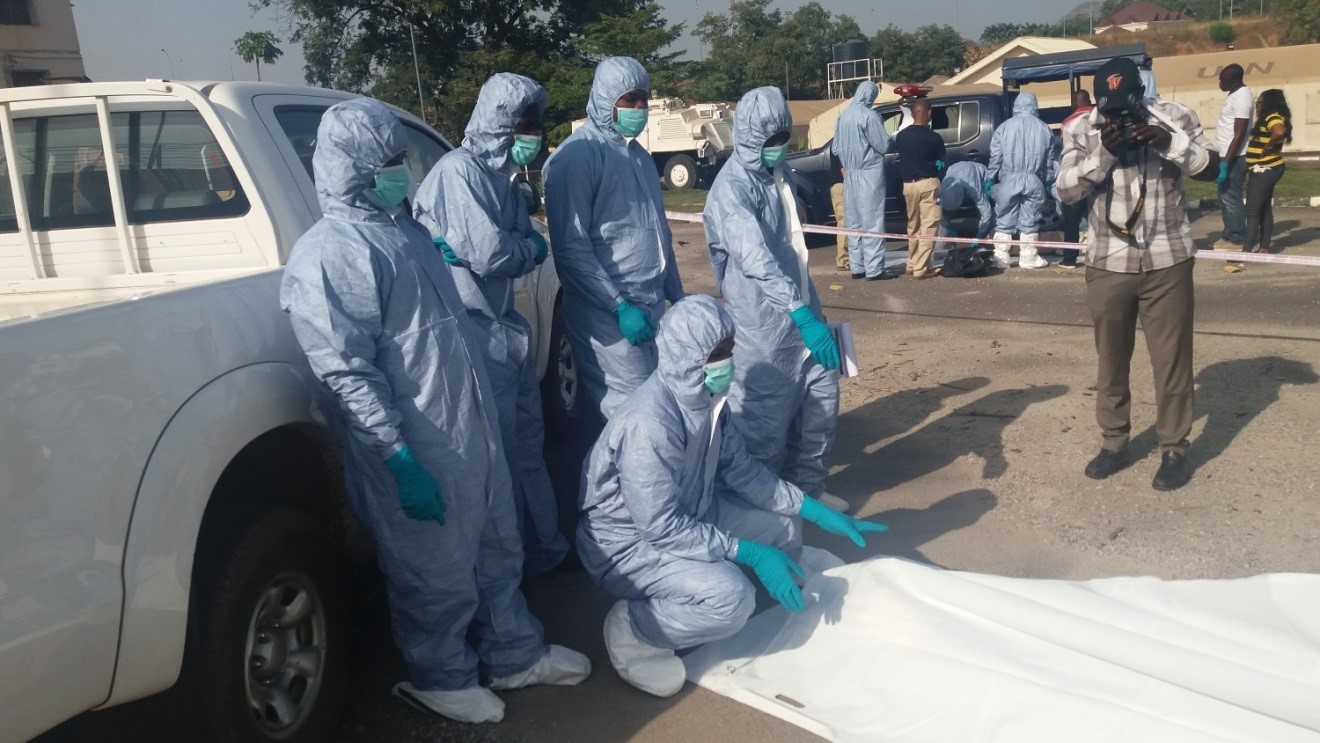