The international terrorism landscape has been evolving fast, becoming more complex and violent, and able to root itself into the minds and hearts of so many people. Accordingly, the international community is increasingly recognizing the need to prevent terrorists and violent extremist groups from effectively exploiting weak governance and loopholes in the legal regimes and criminal justice systems of states to attract more supporters, radicalize and recruit more people.

In order to address this issue more comprehensively, the Terrorism Prevention Branch of the United Nations Office on Drugs and Crime organized a special event on the role of the criminal justice system in preventing violent extremism (PVE) leading to terrorism, in the margins of the twenty-sixth session of the Commission on Crime Prevention and Criminal Justice, in Vienna on 23 May 2017. The distinguished delegates who participated as panelists in the event included Ms. Maysam Noueiri, Director General at the Ministry of Justice of Lebanon; Mr. Bart Somers, Mayor of Mechelen in Belgium; Dr. Ibrahim Aldabal, Director of the Khalifa Empowerment Programme for Students under the patronage of His Highness Sheikh Saif Ben Zayed AlNahayan in the United Arab Emirates; and Mr. Jean-Paul Laborde, Assistant Secretary-General and the Executive Director of the Counter-Terrorism Committee Executive Directorate (CTED). Mr. Mauro Miedico, Chief a.i of the branch, moderated the event where nearly 100 guests were in attendance.

Mr. Miedico highlighted the policy-level guidance provided by the Secretary-General's Plan of Action to PVE and emphasized that strong criminal justice systems and legislative frameworks play a central role in PVE conducive to terrorism.

The panelists discussed country specific good practices in PVE and how additional factors such as overcrowding in prisons lead to significant challenges at a national level. Furthermore, the development of inclusive citizenship was also elaborated on and identified as a key thematic in local efforts in PVE.
The speakers discussed the establishment of relevant programmes, which included but were not limited to, PVE in prisons aimed at 18-25 year olds in Lebanon and a national student empowerment programme aimed at PVE in the United Arab Emirates.

The event concluded that there was a need for comprehensive policy and more capacity building programmes, as well as for enhancing cooperation and coordination between government and non-government entities at the national and local level. The discussion was highly engaging and, through exploring important efforts in PVE, provided a unique opportunity to discuss ways for enhancing international, national and local efforts in preventing violent extremism. 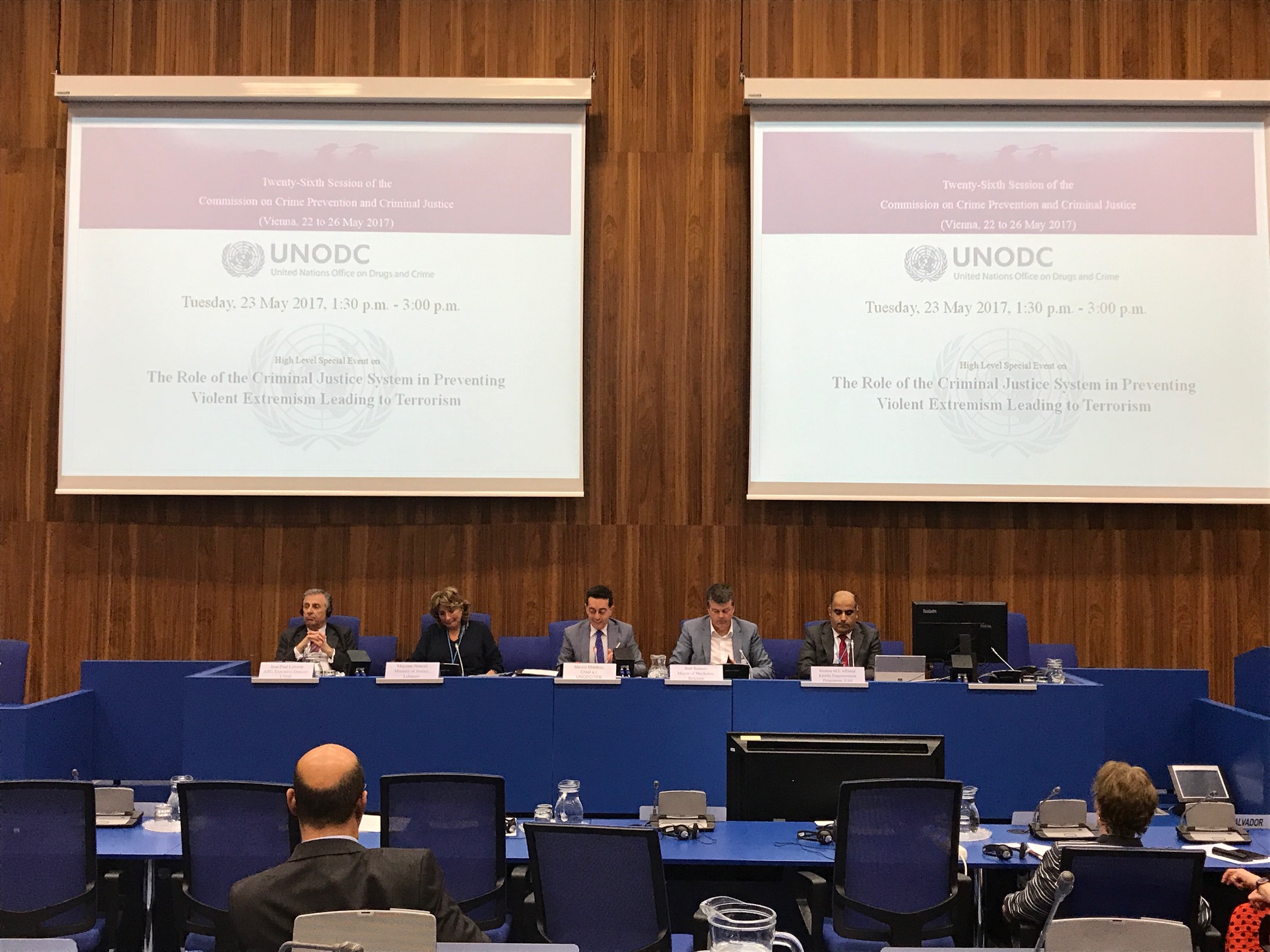