UNODC's Terrorism Prevention Branch (UNODC/TPB) conducted a meeting in Almaty, Kazakhstan on 31 January 2018 to discuss the setting up of a Regional Network in Preventing Violent Extremism (PVE) for focal points in Central Asia. The meeting was organized within the framework of the project on Supporting Central Asian States to Strengthen National and Regional Frameworks for Preventing and Countering Violent Extremism with the aim to bolster regional cooperation and capacities in preventing and countering violent extremism (P/CVE), funded by the Government of Japan. 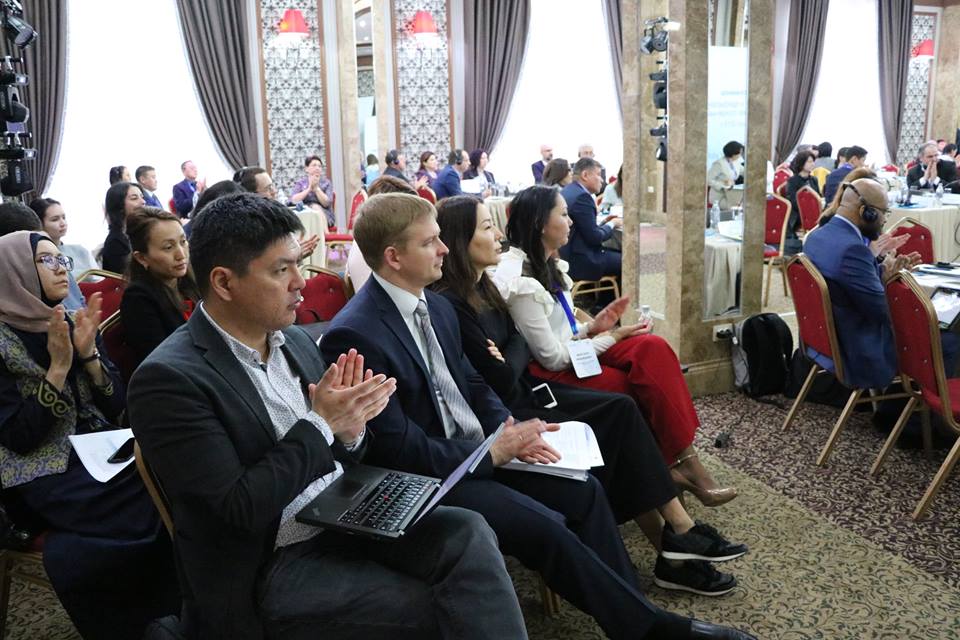 The meeting was attended by 44 participants, including representatives of Governments, civil society and research institutes from Kazakhstan, Kyrgyzstan, Tajikistan, and Uzbekistan, the Regional Anti-Terrorist Structure of Shanghai Cooperation Organization and the United Nations Development Programme.

Also under the same project, UNODC/TPB organized a regional workshop on the key issues in civil society in the context of preventing violent extremism, in Bishkek on 13-15 March 2018. The event aimed to strengthen regional cooperation and capacities in P/CVE by supporting the enhancement of regional cooperation through engaging with civil society organisations. The presentations and discussions considered the role of women, youth and victims of terrorism in PVE, the development of counter-narratives, and the rehabilitation of terrorists and organized crime offenders. The workshop provided an opportunity for the exchange of best practices in managing PVE projects, as well as working in partnership with civil society.

The workshop was attended by over 90 participants, 40 of which represented Central Asian NGOs, including those focussed on working with women and supporting them in preventing violent extremism in communities. Over 20 attendees participated on behalf of the international community, as well national authorities including the Office of the Prosecutor General, Ministries of Interior, Security Services, Penitentiary Services and Religious Affairs Committees.

The workshop was the final activity of Phase I of the project which will launch a PVE Network website, establish focal points in some of the participating Member States and ultimately create a set of PVE guidelines to be used by practitioners, government officials and civil society.