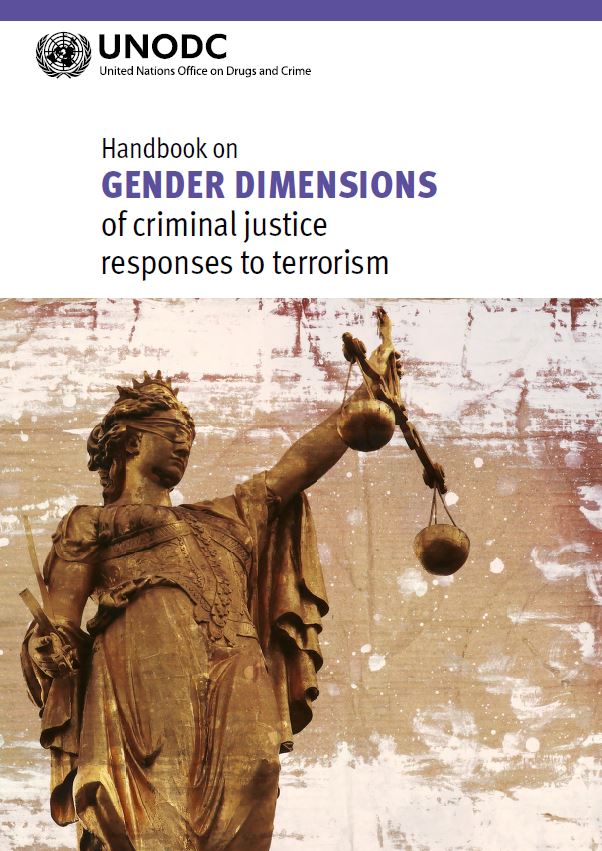 While both women and men are among the thousands of victims of terrorism each year, terrorist groups specifically target women based on their gender, including through sexual violence, forced marriages and trafficking, to achieve tactical and ideological aims. However, contrary to gender stereotypes depicting women only as victims or unwilling or misled associates of male terrorists, women also play voluntary and important roles in terrorist groups.

To assist Member States in identifying and responding to the gender dimensions of the investigation and prosecution of terrorism cases, and of support to victims, the UNODC Terrorism Prevention Branch has developed a Handbook on Gender Dimensions of Criminal Justice Responses to Terrorism.

The Handbook was presented on the margins of the United Nations Commission on Crime Prevention and Criminal Justice in Vienna on 22 May 2019.

Speaking at the launch event, Mr. Mahmood Al-Bayati, Senior Expert to the National Security Advisor in Iraq and Amb. Vivian N. R. Okeke, Permanent Representative of Nigeria to the United Nations in Vienna, highlighted the profound impact of terrorist violence on women and girls in Iraq and Nigeria respectively, and reaffirmed the commitment of their countries to ensure that women's rights are taken into consideration by the justice system when dealing with terrorism.

Ms. Gina Vale, a researcher at the International Centre for the Study of Radicalisation, King's College London, discussed women's roles in terrorist organisations and the different and disproportionate impacts of terrorism on women as victims. Ms. Vale emphasised the need to "overcome gender stereotypes to achieve more nuanced policies and criminal justice measures, to acknowledge the shades of grey between the victimhood and perpetrator narrative."

Amb. Leena Al Hadid, the Permanent Representative of Jordan to the United Nations in Vienna, stressed the importance of adopting a gender perspective in efforts to prevent terrorism.

In summarizing the views expressed, Mr. Masood Karimipour, Chief of the Terrorism Prevention Branch, noted that there is "a pressing need to integrate gender perspectives throughout the spectrum of State responses to terrorism, including in policy-making, the security sector and law enforcement services."

The launch of the Handbook complements capacity-building initiatives implemented by the UNODC Terrorism Prevention Branch on this topic on a national and sub-regional basis in Iraq, Nigeria, the Lake Chad Basin, East Africa and North Africa to assist Member States in responding to the different ways that laws and policies in the counter-terrorism field and the criminal justice system impact women and men, and to support women's participation in measures to prevent and counter terrorism.

The Handbook is available in English here and will be published in the other UN official languages in the second half of 2019.