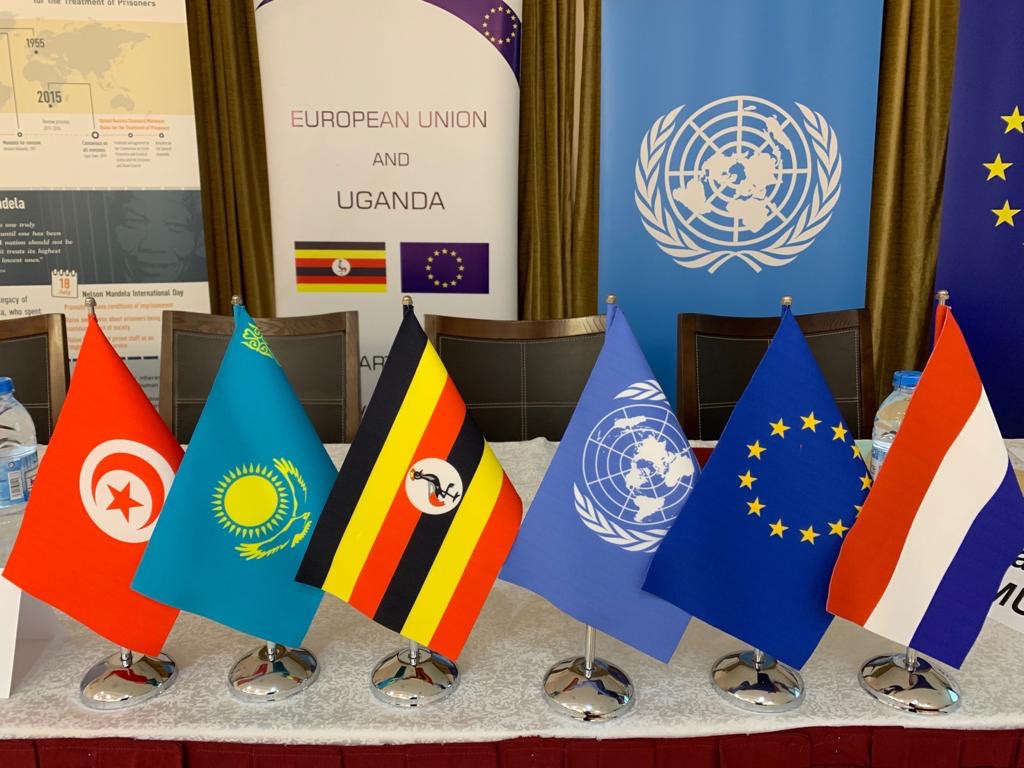 Uganda has taken an important step in addressing the issue of violent extremism in prisons with the launch of a four-year initiative, supported by the UN, the European Union and the Government of the Netherlands. Globally, there is growing concern that prisons can serve as incubators for radicalization to terrorism and terrorist recruitment, in the context of the growing number of violent extremist prisoners, including foreign terrorist fighters (FTFs). However, prisons may also provide an opportunity for prisoners to disengage from violence, potentially serving as a catalyst for positive change.

The joint programme will be delivered in three countries, Kazakhstan, Tunisia and Uganda, and aims to strengthen the capacity of prison services to effectively manage violent extremist prisoners and to respond to the challenge of potential radicalization to violence in prisons. The programme will address these issues as part of broader prison reform efforts and in full compliance with international human rights standards, including the United Nations Standard Minimum Rules for the Treatment of Prisoners (the Nelson Mandela Rules) as well as incorporate a gender component.

Uganda was selected as a beneficiary under the project following a scoping mission to the country in June 2019 by a team of UN officials. During the mission, the team consulted a broad range of Ugandan officials and members of civil society who consistently reaffirmed the importance of addressing the growing threat of radicalization to terrorism in prisons.

The Ugandan Prison Service will serve as the main project partner along with other relevant actors in the criminal justice system, as well as civil society organizations, to effectively tackle the challenges of violent extremism in prisons in a comprehensive manner. Programme activities will commence with a training workshop focused on prisoner classification.

Ugandan Commissioner General of Prisons Dr. Johnson Omuhunde Rwashote Byabashaija noted that "Uganda thanks the United Nations, the European Union, and the Government of the Netherlands for its support. Addressing the issue of violent extremism in prisons is a complex one. We know that countries world-wide have struggled to address this challenge and we look forward to learning from their experiences and lessons learned to make our prisons more resilient against the threat of violent extremism and terrorism."

"A good prison system constitutes a fundamental basis for the effective management of all prisoners, including violent extremist prisoners," stated Ms Anna Merrifield, Chargée d'Affaires of the European Union Delegation to Uganda. She emphasized that this new project "complements the European Union's substantial support to the Justice, Law and Order Sector in Uganda and further cements the EU's excellent collaboration with the Uganda Prison Services". She also mentioned that "the EU Strategy for Combating Radicalization and Recruitment to Terrorism calls for a balanced approach between security-related measures and efforts to tackle those factors that may create an environment conducive to radicalization and recruitment to terrorism. The EU strategy also establishes full respect for human rights as one of the foundations for the EU's work in this field".

Mr. Amado Philip de Andres, Representative, UNODC Regional Office on Eastern Africa, commended Uganda for "its willingness to tackle the complex challenge of the spread of violent extremism in prisons. UNODC and our UN implementing partners, UNOCT and UNCTED, continue to be grateful for our long-standing partnership with the Government of Uganda. We note the important progress that Uganda has made in addressing terrorism and violent extremism in the country and are pleased that this project will complement and expand those efforts".

Mr. Steven Siqueira, Chief of Branch of the UN Counter-Terrorism Centre (UNCCT/UNOCT), noted at the project launch that "the work that Uganda and the United Nations will do together under this project will become an important global benchmark for the effective management of violent extremist prisoners. We look forward to working in partnership with Uganda to share the lessons learned and expertise developed during the course of this project at a regional and global level."