Incitement to Terrorism through the Media: UNODC organizes workshop on anti-terror law for Journalists, Security Agencies 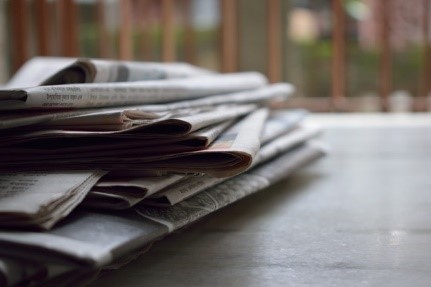 With 103 TV stations, more than 40 newspapers of national distribution and 277 radio stations, Nigerians' daily diet of news can be sometimes overwhelming by any standards. Add 111.6 million internet users in Nigeria, 25 million smart phone users, 20 million Nigerians on Facebook, and 7 million Nigerians using Twitter, it becomes clear that media and social media can be veritable tools to provide timely and accurate information and commentary to citizens. In the wrong hands, these tools, however, can also be used to tear the nation apart. Nowhere is this as evident as when reporting on terrorism as well as on Government's efforts to curb the threat.

Regardless of the media platform, journalists reporting on terrorism in Nigeria, face a myriad of ethical dilemmas ranging from how they select what, and what not, to report, and how they manage their relationships with sources, to how they deal with victims of terrorism, and how they ensure their own personal safety. How journalists approach their work can have a profound impact on the wider landscape in which conflict occurs.

These, and many other issues, were debated when practitioners drawn from a variety of professional disciplines - including investigators, public prosecutors, human rights lawyers, and journalists - met under the auspices of  UNODC for three days recently in Abuja to discuss 'Incitement to Terrorism through the Media.' The workshop was part of UNODC's EU-funded counter-terrorism project.

Many of those present expressed concern about how the question of incitement is addressed in the Terrorism Prevention Act, which criminalizes "incitement to commit a terrorist act through the internet, or any electronic means or through the use of printed materials or through the dissemination of terrorist information" without precisely defining what exactly constitutes incitement. Yet, the offence is considered sufficiently grave to potentially warrant the death penalty.

Participants also expressed concern that although Nigeria is a signatory to several international treaties that protect freedom of expression and other human rights, the Federal government has been slow to domesticate these laws to ensure they are justiciable in the Nigerian courts. Loosely drafted counterterrorism laws and weak human rights protections for journalists have both been cited by UN human rights mechanisms globally as causes for serious concern.

While a free press is a cornerstone of a robust democracy, the right to freedom of expression is not unlimited. Online recruitment has been widely practiced by extremist groups, including by Boko Haram and ISWAP, and terrorist messaging disseminated through both old and new media platforms has proven to be deeply destabilizing. Finding the right balance between protecting the public and protecting the rights of individuals can be a challenge for any country facing such a threat.

International law is quite explicit in stating that hate speech is not protected speech, nor is incitement to war. As such, both can be appropriately criminalized at the local level, and in this workshop UNODC experts also sought to offer practical advice to the law enforcement and judicial officials present on how to collect and preserve evidence of incitement to terrorism using the internet and social media.

In the past two decades, information and communications technologies have advanced and evolved at a tremendous pace. This has opened up the media world to a wide variety of new actors - some positive and benign, others more malevolent. Legislation at both the national and international level often struggles to keep up with the pace of innovation.

In the absence of clear legal direction, a society must fall back on its ethical values for guidance. In such circumstances, it becomes even more important that there continues to be a dialogue between media and law enforcement professionals. The best antidote to fake news is fair and accurate reporting.

By the close of the workshop something of consensus had emerged amongst the participants. All present considered that reporters have both moral and legal obligations towards the societies they live and work in, and also, that while the authorities have an obligation to enforce the law, they equally have a duty to uphold the protections that exist in the Nigerian constitution and in international human rights law.