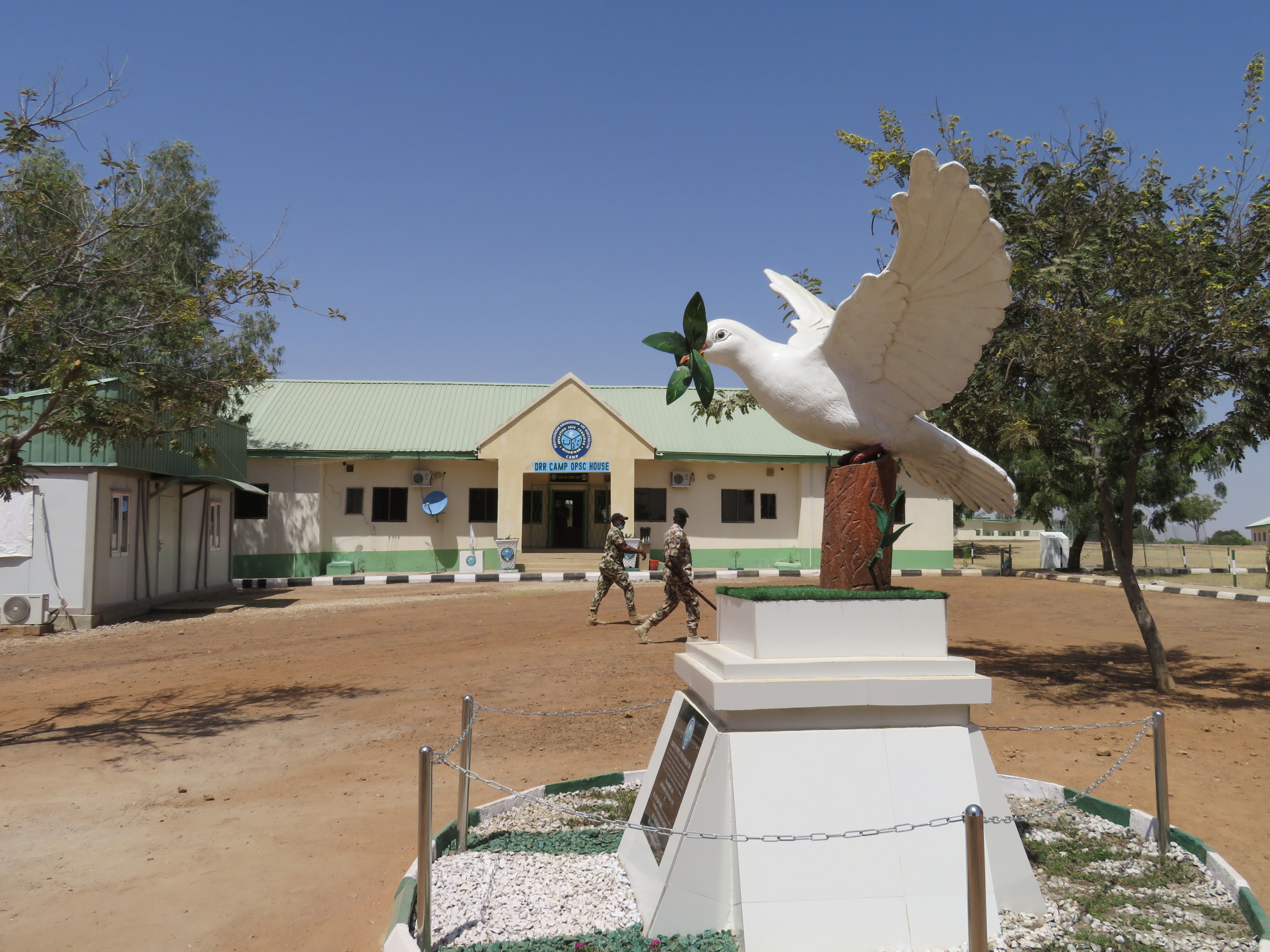 Abuja, 24 May 2021- Participants at the 30th session of the UN Commission on Crime Prevention and Criminal Justice (CCPCJ) in Vienna attended a virtual side event focused on the successes and challenges in mounting an effective criminal justice response to terrorism in North-East Nigeria and heard firsthand from some of the Nigerian officials leading the fight to bring members of Boko Haram to justice. The event was funded by the European Union Delegation to Nigeria.

Since 2009, Nigeria has confronted a serious terrorist threat from Boko Haram, which has since split into two main factions Jamā'atu Ahli is-Sunnah lid-Da'wati wal-Jihād (People Committed to the Propagation of the Prophet’s Teachings and Jihad, commonly known as JAS) and Islamic State in West African Province (ISWAP). These groups have killed and destroyed thousands of lives, communities and livelihoods and displaced 2.5 million people across the Lake Chad region, with over 1.8 million people displaced in Nigeria alone. Since 2013, the European Union (EU), UNODC and the Counter-Terrorism Committee Executive Directorate (CTED) have been working with the Nigerian government through an intensive capacity-building program aimed at strengthening criminal justice responses to terrorism with respect for human rights and the rule of law.

The representative of the Office of the National Security Adviser’s Counter-Terrorism Centre, opened the panel discussion with a comprehensive summary of the achievements of the Nigerian criminal justice system’s response to terrorism, notwithstanding the significant challenges posed by operating in a conflict zone, and also highlighted some of the innovative measures adopted by the government to promote the disarmament, demobilisation, reintegration and resettlement (DDRR) of former Boko Haram fighters. He noted, “it is important to state that these achievements were possible with the support of the EU-Nigeria-UNODC-CTED Partnership Project and the efforts and cooperation of the various Nigerian stakeholders within government and non-governmental organizations.”

The lead judge of the Federal High Court’s dedicated terrorism team, explained how the Federal High Court had responded to the daunting challenge of hearing 1,670 separate terrorism cases so far and described some of the difficult logistical hurdles that had had to be overcome including ensuring court security, reaching just and accurate determinations with a very limited physical and forensic evidence, and an operational shortage of specialist judges. Justice Nyako added that an upsurge in terrorist violence and then the outbreak of the COVID-19 pandemic in 2020 had caused considerable disruption, but the Court had responded flexibly, including by exploring the possibility of hearing some future trials remotely.

The Head of the Complex Case Group at the Attorney General of the Federation’s Office, also spoke about some of the successful prosecution brought before the Federal High Court in Abuja since 2018, referencing in particular five convictions that had been secured in relation to the abduction of the Chibok schoolgirls. In all, she reported that there had been 169 successful prosecutions. Mrs. Chioma described the particular focus by the Complex Case Group on sexual and gender-based violence, supported by specialist training from the EU-Nigeria-UNODC-CTED Partnership Project and noted that new legislation was under discussion that would create new terrorism offences related to sexual violence and abuse.

The newly appointed Coordinator of Operation Safe Corridor discussed the innovative approaches that Operation Safe Corridor had taken to tackle the complexities that accompany the need for rehabilitation and reintegration of persons formerly associated with Boko Haram. Operation Safe Corridor offers a political exit strategy that sits outside the criminal justice framework for former militants to disengage from terrorism and reintegrate back into their original communities, and provides the vocational training and psychosocial support to help them become productive members of society once more. To date, 853 former Boko Haram ‘clients’ have successfully completed this programme.

The representative of the EU delegation in Nigeria which has funded both UNODC and the International Organization for Migration’s work to support criminal justice and DDRR efforts emphasized how the EU saw both DDRR solutions and the holding of criminal trials as complementary, mutually-supporting counterterrorism tools, commenting: “Criminal prosecutions and the DDRR programming are two sides of the same coin and one cannot really succeed without the other. It takes effective investigation to establish the right candidates for rehabilitation and also to identify those who should more properly face justice. Unless the public can have confidence that the main perpetrators of terrorist violence are being held to account for their actions in a lawful way, they are likely to be unwilling to accept the reintegration in their communities of former associates of non-state armed groups who have gone through a rehabilitation process.”

The Chief of UNODC’s Terrorism Prevention Branch, added, “at UNODC, we understand that effectively addressing terrorism is a complex challenge without simple solutions, but requiring a comprehensive response, built on the foundation of a strong criminal justice system, with respect for human rights and the rule of law.”

The panel moderator closed the event by emphasizing the need to continue conversations around this topic beyond the CCPCJ: “We hope that the discussions have given us all some further ideas for ways to better address and respond to terrorism, using the model exemplified over the last almost-decade in Nigeria, through this partnership between UNODC, the EU and the Government of Nigeria.”