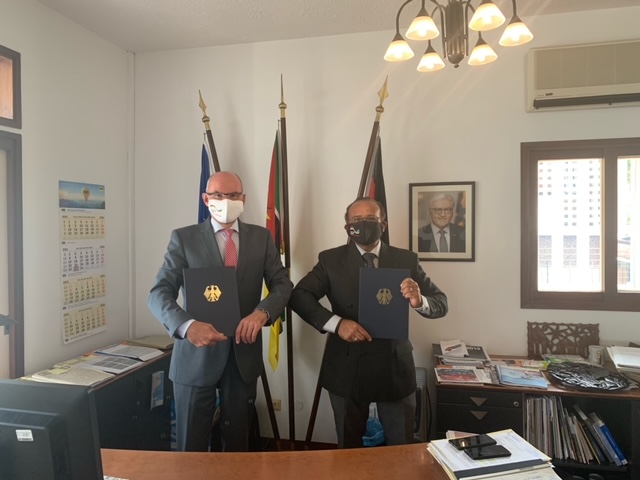 Recent terrorist attacks in the northern region of Mozambique coupled with reports of heinous crimes committed against civilians including beheadings, have demonstrated to the international community the urgent need to join forces to support Mozambique in addressing the growing terrorist threat facing the country.

In light of these concerning trends and in response to the country’s counterterrorism needs, UNODC and Germany have formally recommitted their support to Mozambique to equip criminal justice officials with tools and strengthened skills to bring perpetrators to justice.

Since 2020, UNODC and Germany have been supporting Mozambique through a joint project that enables criminal justice officials to enhance their knowledge and skills to effectively investigate, prosecute and adjudicate terrorist offences. This new project will build on previous efforts, support Mozambique to address gaps in its national counterterrorism efforts and continue building capacity to conduct human rights compliant and rule of law-based investigations and prosecutions.

During the signing ceremony of the project, Mr. Cesar Guedes, UNODC Representative to Mozambique, highlighted that “UNODC continues to be grateful to the Government of Germany for its support and partnership to assist Mozambique in its fight against the locally-based armed group through UNODC’s Maputo Roadmap of Assistance endorsed by the Government of Mozambique.”

His Excellency, Mr. Lothar Freischlader, German Ambassador to Mozambique thanked UNODC for its long-standing work towards supporting Member States, including through its field offices, to provide direct support to countries in need, such as Mozambique. Mr. Freischlader also noted that “Germany is pleased to be part of these efforts in supporting Mozambique to restore peace and hold those responsible for these crimes to account.”