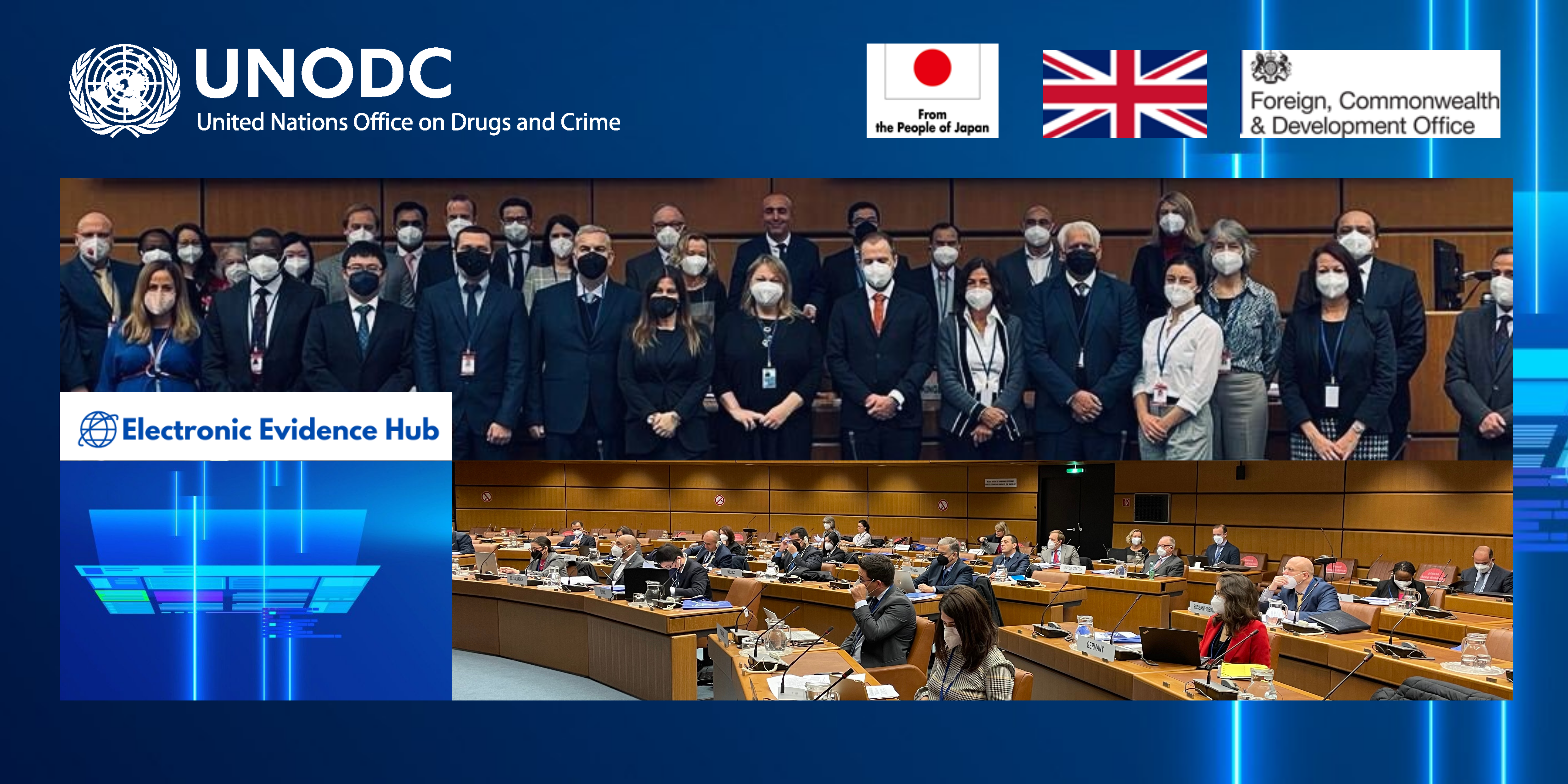 From 11 to 12 November, UNODC’s Terrorism Prevention Branch, in cooperation with the Organized Crime Branch, organized the second informal expert group meeting (IEGM) to update the UNODC Model Law on Mutual Assistance in Criminal Matters (2007) with provisions on the gathering of electronic evidence and the use of special investigative techniques.

This IEGM was held under paragraph 15 (d) of Resolution 10/4 of the Conference of the Parties (COP) to the United Nations Convention against Transnational Organized Crime.

The IEGM, which gathered together experts nominated by 21 United Nations Member States and four inter-governmental organizations, was organized thanks to the generous financial contribution of Japan and the United Kingdom of Great Britain and Northern Ireland.

As an in-person event, the meeting was held at the Vienna International Centre, with 40 experts, out of which 45% were women.

Experts engaged in substantive deliberations about new legal provisions, including the treatment of electronic evidence and the production of stored computed data in emergencies. At the meeting the proposal was also raised to include new definitions such as ‘content data’, ‘electronic evidence’ , ‘telecommunication’ and ‘transmission data’ into the Model Law.