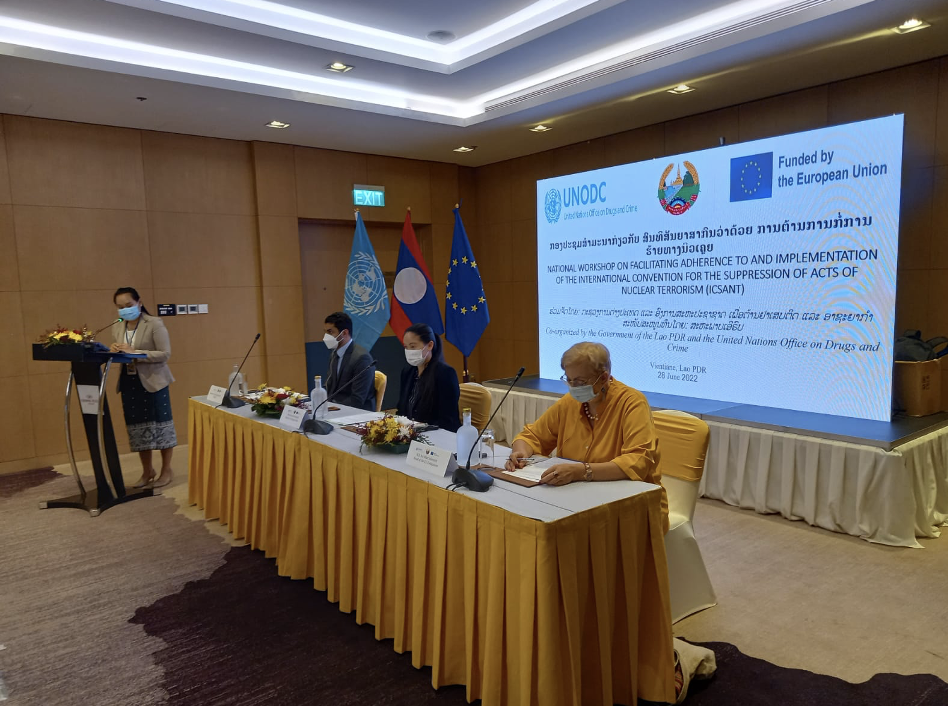 Radioactive sources are employed in a myriad of peaceful applications across the globe; however, they also offer the potential to be misused for terrorist or other criminal purposes. It is precisely with the intention to address this threat that the International Convention for the Suppression of Acts of Nuclear Terrorism (ICSANT) was adopted in 2005.

As part of its efforts to support requesting Member States become party to the international legal instruments against terrorism, UNODC delivered a national workshop for the Lao People’s Democratic Republic (Lao PDR) on facilitating adherence to, and implementation of, ICSANT on 28 June 2022. The workshop was conducted within the framework of the project “Union support to promote universalization and effective implementation of the International Convention for the Suppression of Acts of Nuclear Terrorism”, funded by the European Union.

The event, which gathered 28 participants from relevant stakeholders (Ministry of Foreign Affairs, Ministry of Justice, Ministry of Public Security, Ministry of Defence, Ministry of Education and Sport, Office of the Prime Minister, National Assembly), consisted of a series of presentations delivered by UNODC experts with a view to making policy and decision-makers of the Lao PDR – a State not yet party to ICSANT – aware of the key provisions and benefits of becoming party to the Convention. It also offered an overview of the technical and legislative assistance that UNODC can provide with regard to adherence to, and implementation of, ICSANT.

The presentations were followed by a series of bilateral meetings with representatives of several of the above-mentioned entities. The meetings provided an opportunity to further elaborate on the importance of ICSANT, UNODC’s available services, as well as roles and responsibilities of the Lao PDR’s stakeholders vis-à-vis the process of adherence to, and subsequent implementation of, the Convention. 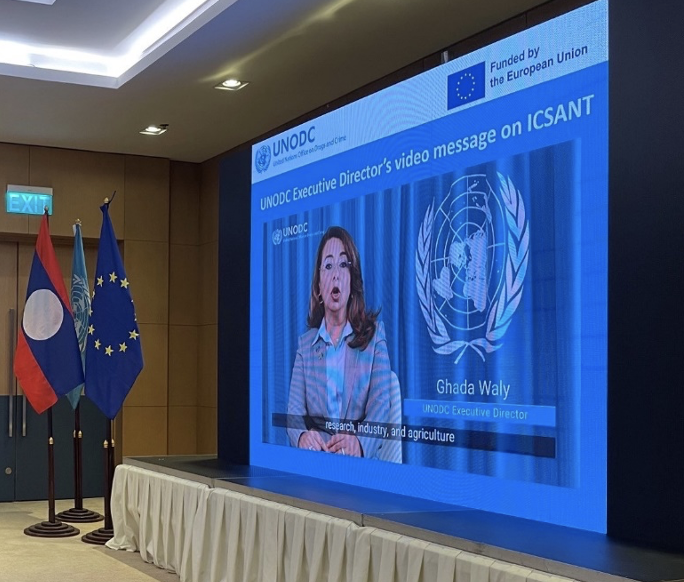