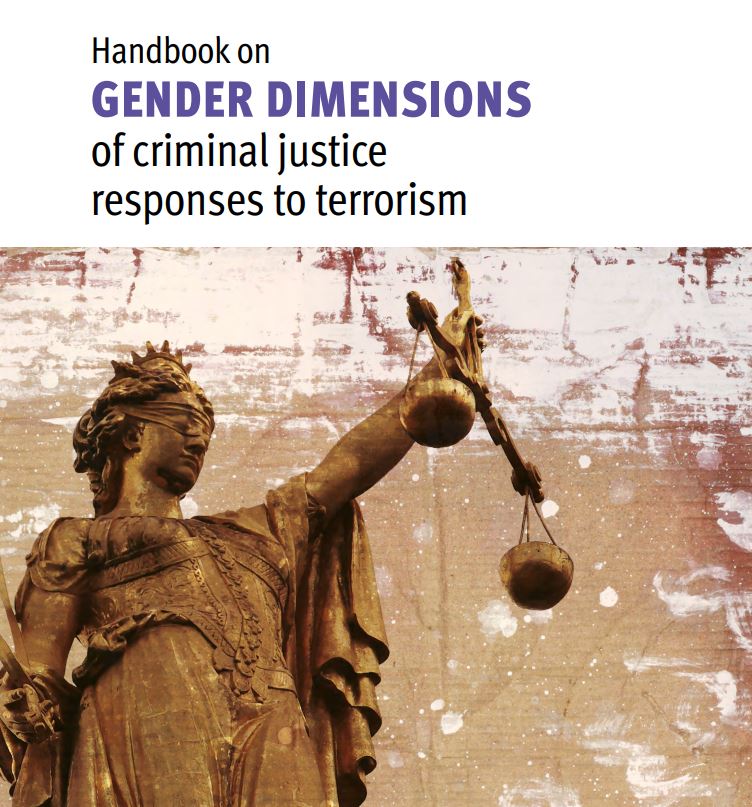 23 July 2019 - The United Nations Office on Drugs and Crime (UNODC) presented its new Handbook on Gender Dimensions of Criminal Justice Responses to Terrorism  at UN Headquarters in New York at an event which brought together 120 participants from diplomatic missions, UN agencies and non-governmental organizations. Organized by UNODC together with Norway, Niger, Qatar and Tunisia, on 27 June, the event highlighted women's rights and gender dimensions in the context of counter-terrorism.

Speaking on the tactics of terrorist groups, Jøran Kallmyr, Minister of Justice and Immigration of Norway, noted that impeding women's enjoyment of their rights has become a key part of several terrorist groups' strategies. Terrorist groups also specifically target women through acts of sexual and gender-based violence - such as rape, sexual slavery and forced marriage - as a means of achieving tactical and ideological aims.

Vladimir Voronkov, Under-Secretary General of the UN Counter-Terrorism Office, highlighted that criminal justice responses to terrorism must seek to protect women and support those who are victims of sexual and gender-based violence.

Abdou Abarry, Permanent Representative of Niger to the United Nations, echoed the need to strengthen capacities for the investigation of these crimes, referral mechanisms and care for victims and to address the stigma surrounding these crimes which jeopardises the social and economic reintegration of victims into society.

Päivi Kannisto, Chief of the Peace and Security Unit, UN Women, highlighted that women may also face gender-specific difficulties when attempting to access justice and remedies with gender inequalities embedded in the structures of justice systems.

At the same time, some women actively and voluntarily support terrorist groups both ideologically and operationally and are involved in the commission of terrorism-related offences. Mr. Voronkov underscored that "the manipulation of gender norms and stereotypes by terrorist organizations for recruitment and operational purposes is a fact of life." In some conflicts, women commit terrorism-related offences while being victims of violence by terrorist groups themselves.

The representative of Tunisia called for a multi-dimensional approach to measures which address the role of women in radicalisation and terrorism and that also consider the gender inequalities in all dimensions and manifestations.

Throughout the discussion, speakers called for gender perspectives to be considered throughout the spectrum of State responses to terrorism, including in prevention efforts, policy-making, the security sector and law enforcement services. The representative of Qatar called for the consultation and involvement of women and civil society in the design and implementation of programmes to prevent violent extremism as well as rehabilitate and reintegrate those associated with terrorist groups.

The Chief of UNODC's Terrorism Prevention Branch, Masood Karimipour, provided an overview of the new UNODC  Handbook on Gender Dimensions of Criminal Justice Responses to Terrorism which seeks to support and provide guidance to Member States on addressing these pressing issues. Mr. Karimipour noted that supporting women's empowerment through their participation and leadership in shaping and implementing counter-terrorism measures, including in the criminal justice sector, is an essential part of shaping effective responses to these threats.