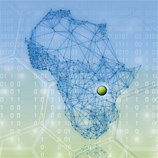 Vienna, 24 June 2014 - Around a third of the world's population has access to the internet, and the average user is now more likely to be in a developing country and use a mobile device rather than fixed line access. Additionally, in the developing world the greatest proportion of internet users are younger than 25 years. This context has important implications for the ways in which law enforcement and criminal justice authorities prevent and combat cybercrime.

Against this backdrop, Member States of the East African Community (EAC), in conjunction with UNODC, the Commonwealth Secretariat and the Uganda National Information Technology Authority (NITA), recently held a regional meeting in Kampala, Uganda, on preventing and combating cybercrime. Among other topics, participants addressed the most effective measures to protect children online, promote and enable the safe and responsible use of information and communication technologies by children, and to prevent and combat the misuse of such technologies for their exploitation.

The meeting brought together senior government officials, academia, and key stakeholders to discuss practical measures to strengthen operational cooperation between EAC Member States on cybercrime and the acquisition of digital evidence, as well as substantive and procedural legislation and mutual assistance to disrupt cybercrime taking place across borders.

The issue of enhancing existing cybercrime and cybersecurity research and training capabilities within the EAC region was also raised by experts from higher education institutions. Representatives of global university programmes provided expertise on lessons learned and ideas on improving regional cooperation through a virtual network of stakeholders in the area. Experts agreed to develop locally adapted modules to be shared across the region, and debated the potential of openly accessible regional centres for excellence in cybersecurity research and training.

Participants also addressed the popular, rapidly developing payment method of 'mobile money'. They consulted on the vulnerabilities of this technology and the strategies to secure mobile money platforms across the region, as well as effective approaches to the regulation of mobile money to promote economic inclusion and prevent criminal misuse.