Human rights based, democratic and diverse police and other law enforcement are core institutions for preventing and combating crime and maintaining the rule of law. They often represent the first responders to crime. Their contact with offenders, victims and witnesses may impact the entire experience of the criminal justice system and access to justice of those affected by crime. They also play a key role in ensuring high-quality evidence-based investigations and case files which allow for successful prosecution and trials including those concerning organized crime, terrorism and corruption cases. This crucial duty often places police officers in a vulnerable position to corruption, as criminals may offer bribes in an attempt to circumvent the law. For this reason and because achieving public trust is key to effective policing, it is important to enhance police integrity and to effectively manage corruption risks within the institution. Indeed, only if people trust the police and regard them as legitimate they will be willing to cooperate and comply with their instructions, enabling the police to succeed in performing their functions.

Police and other law enforcement officials have the authority to use force, in situations where it is necessary  to achieve a legitimate law enforcement objective. However, such use of force should always respect a State’s obligations under international law, which include conditions imposed by international human rights law, included in treaties or recognized as customary international law. The police must be accountable for the way in which they exercise the powers entrusted to them. Diversity in policing includes representation of all genders and minorities within the population. Where the community is represented and fully engaged in and consulted on the delivery of police services, many benefits accrue, such as the strengthening of public confidence in the authorities, improved compliance with the rule of law, and lower crime rates.

In line with the Secretary-General's Call to Action for Human Rights, UNODC must keep human rights principles at the forefront of supporting SDG implementation and increase its support to Member States in building and strengthening their human rights institutions and accountability mechanisms, and in making fuller use of existing United Nations human rights tools. Such assistance in police reform will allow Member States to better comply with their obligations under main human rights treaties such as the International Covenant on Civil and Political Rights and the United Nations Convention against Torture while improving the efficiency of their investigations and law enforcement institutions. The United Nations standards and norms in crime prevention and criminal justice, provide an important benchmark for measuring the functioning of criminal justice systems, including law enforcement agencies. UNODC has at its core the mandate to assist Member States in using and applying the following standards in the area of police reform:

Guidelines for the Effective Implementation of the Code of Conduct for Law Enforcement Officials (Economic and Social Council resolution 1989/61, annex, of 24 May 1989)

Basic Principles on the Use of Force and Firearms by Law Enforcement Officials (Eighth United Nations Congress on the Prevention of Crime and the Treatment of Offenders, Havana, 27 August - 7 September 1990)

UNODC is also bound by the Human Rights Due Diligence Policy on United Nations Support to Non-United Nations Security Forces, which requires all United Nations entities to be diligent in ensuring that support to non-UN security forces is provided in a manner that is consistent with the purposes and principles as set out in the Charter of the United Nations, and is compliant with and promotes respect for  international humanitarian, human rights and refugee law. 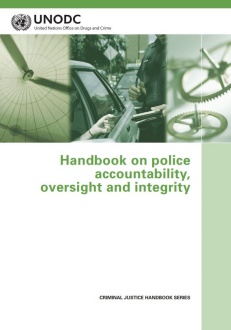 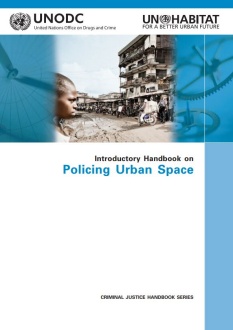 Handbook on Effective police responses to violence against women 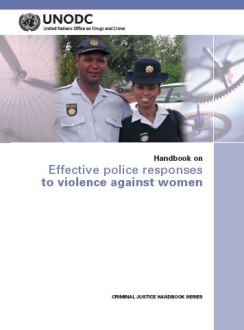 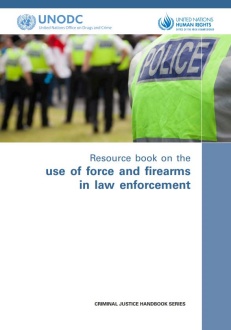 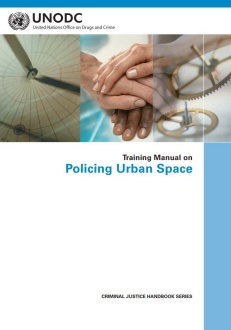 Training Curriculum on Effective police responses to violence against women 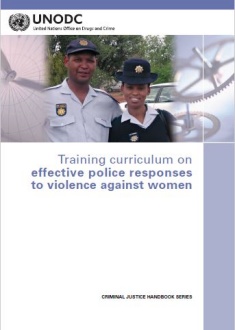