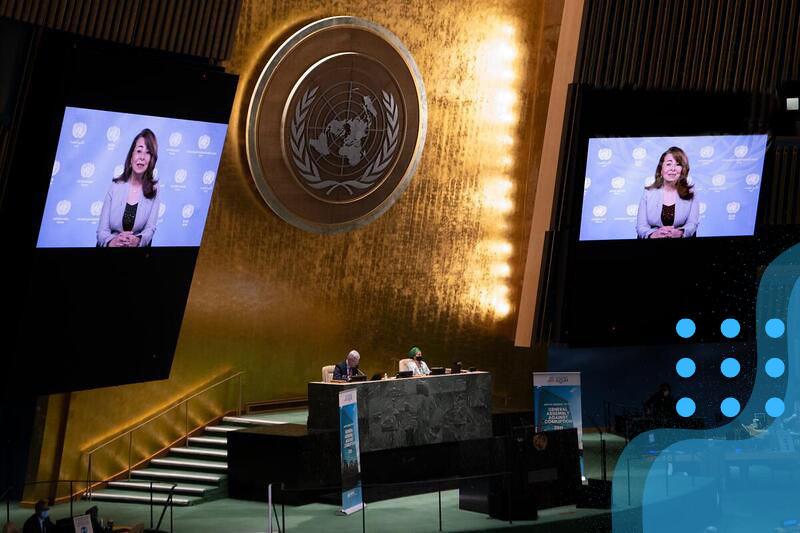 New York/Vienna, 2 June 2021 – The first United Nations General Assembly special session against corruption (UNGASS) began yesterday with a call for bold global action to step up the fight against corruption, including through a Political Declaration adopted at the plenary opening.

The UNGASS opening featured statements from the President of the UN General Assembly, Volkan Bozkir; UN Deputy Secretary-General Amina J. Mohammed; President of the UN Economic and Social Council Munir Akram; the President of the Conference of the States Parties to the UN Convention against Corruption, Harib Saeed Al Amimi; the Executive Director of the United Nations Office on Drugs and Crime (UNODC), Ghada Waly; and Youth Forum representative Serena Ibrahim.

"Corruption is a global issue that cannot be tackled by one country or one actor alone.  It requires a multilateral response that takes the form of a whole-of-society approach. All stakeholders must act collectively to tackle corruption effectively,” said Mr. Bozkir.

UNODC Executive Director Waly, in a pre-recorded statement, thanked Member States for their firm commitment in adopting by consensus at the opening of the plenary the Political Declaration, noting that the document had been the result of inclusive negotiations held in Vienna.

“The comprehensive and forward-looking approach of the UNGASS Declaration acknowledges both the pervasive nature of corruption, and the need for greater political will and practical action to step up the fight against an enemy that shows little sign of retreating,” she said, calling 2021 a turning point to restore trust.

The Political Declaration recognizes the UN Convention against Corruption as the universal instrument against this crime. Member States reaffirmed their readiness to more effectively address corruption and illicit financial flows through a comprehensive set of commitments in the areas of prevention, criminalization, international cooperation, asset recovery and technical assistance.

Commitments also address cross-cutting emerging topics such as the linkages between corruption and gender, corruption and organized crime, and corruption in sport, as well as the need for education, awareness raising, research and better measurement of corruption and its impact.

One of the key new initiatives will be the launch of the GlobE Network, of which UNODC will serve as Secretariat and which will provide a new practical tool for anti-corruption law enforcement authorities to pursue more agile cross-border cooperation and proactive information sharing to bring the corrupt to justice.

A concrete roadmap for the implementation of the Political Declaration will be further advanced from 13-17 December at the ninth session of the Conference of the States Parties in Egypt, which will decide on additional follow-up measures to the UNGASS.

Ahead of today’s meeting, the UNGASS Youth Forum against Corruption gathered more than 800 young people from 93 nationalities and 93 civil society organizations from 24-26 May to discuss the effect of corruption on young people. The President of the General Assembly selected Ms. Ibrahim, the founder of Youth against Corruption, Lebanon, to represent the Forum and read out a 10-point Youth Statement at the UNGASS opening.

The session will continue until Friday, while 40 virtual special events and ancillary meetings addressing all manner of topics relating to corruption, including safeguarding sport through to whistleblower protection, will run from 1-4 June.

Special session of the General Assembly against corruption