Member States of the CCPCJ

The Commission is composed of 40 Member States elected by the Economic and Social Council, with the following distribution of seats among the regional groups:

(a) Twelve for African States;

(b) Nine for Asian States;

(e) Seven for Western European and other States.

The term of office for Commission Members is three years.

Bureau of the CCPCJ at its 29th session

vacant (Group of Western European and other States)

Chair of the 29th session of the CCPCJ

A diplomat since 1976, Jose Antonio Marcondes de Carvalho graduated in Law. Since the beginning of his career, he specialized in regional and economic international negotiations.

He was Undersecretary for Environment, Energy and Science and Technology in the Brazilian Ministry for Foreign Affairs and Brazil's chief negotiator for climate change.

Since November 2018, he is the Ambassador of Brazil to Austria and the Permanent Representative of Brazil to the International Organizations in Vienna. 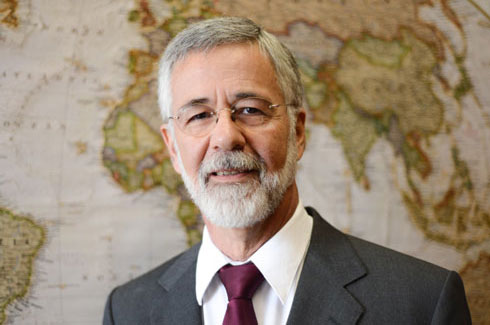