Alexandru, a 24-year old Eastern European, went to a western European country for seasonal work but he was paid almost nothing and lived in a shack with no electricity or running water. After Alexandru complained, his boss beat him up and left him in a critical condition. When he was found, police placed him in custody as an illegal immigrant. They said he refused to cooperate by refusing to sign the papers required, though with both arms in a cast, he was physically unable to. Alexandru was immediately deported.

Juana, a South American woman, was trafficked to North America and sexually exploited. With a poor family to support, she initially consented. Arrested and deported as an illegal alien, she received no assistance from her government, NGOs or local community. But her family's predicament did not improve and soon afterwards Juana agreed to be re-trafficked in the hope of earning much-needed money.

Police and criminal justice staff need standard working procedures to guarantee the physical safety of victims, protect their privacy and make it safe for them to testify against their abusers. These issues are part of UNODC's human trafficking training for police, prosecutors and judges.

In October 2008, UNODC launched its second edition of the Toolkit to Combat Trafficking in Persons. The Toolkit provides practical help to governments, policy-makers, police, NGOs and others to enable them to tackle human trafficking more effectively.

The Toolkit includes checklists to help identify trafficking victims as well as guidance on interviewing victims and victim protection. Chapter 7 of the Toolkit offers Tools addressing the immigration status of victims, and their return and reintegration. Chapter 8 contains 17 Tools dedicated to Victim assistance, covering issues from medical assistance and HIV/AIDS through to restitution and compensation.

In many countries there is a lack of awareness of the fact that someone like Alexandru could be a victim and not an offender. Trafficking victims also commonly blame themselves for what has happened to them, which can stop them from seeking help. Without identification and recognition as victims of crime, they can unjustly suffer prosecution because of their irregular status.

Chapter 6 of the Toolkit to Combat Trafficking in Persons contains tools to assist in the identification of trafficking victims by law enforcers and health-care providers, including checklists and techniques.

A "rescuer" must know how to refer victims to experts - whether in official bodies or NGOs- for appropriate support. In 2003, UNODC helped to set up one of the first victim referral mechanisms in the Czech Republic, which led to a national strategy for combating trafficking in persons in that country. UNODC has helped to introduce such systems in Poland and the Philippines. In late 2006, work started on similar services in Moldova and the Slovak Republic. The purpose of such systems is to ensure that a trafficking victim, like Alexandru, is identified as such, that support is available to them and that those who come into contact with the victim act in an appropriate way. 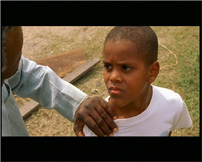 Victims need assistance that extends beyond the end of their exploitation and any criminal prosecution. Vocational training can reduce the risk of them being sucked into exploitative situations again. In 2006, companies in the Philippines joined the fight against re-victimization by participating in the Corporate Apprenticeship programme, a joint initiative between UNODC and the Department for Social Welfare and Development. Trafficking victims are accepted as apprentices for periods of six months to a year to gain on-the-job training in factory work, hospitality and other businesses.

To learn about the United Nations Voluntary Trust Fund for Victims of Human Trafficking visit the website of the Trust Fund.