The creative, bespoke video game helps young girls develop ways to respond to psychological, physical and sexual violence, while raising boys' awareness and helping them recognize such situations. By playing as the character Chuka, a 13-year old female YouTuber and gamer who encounters haters and monsters in a nightmare, children learn to be assertive and to take actions which help them defeat various forms of gender-based violence. As stated by Antonino De Leo, UNODC's Representative in Mexico, "the prevention of exploitation and all forms of violence against children is a central theme for the United Nations," adding that "technology and education will allow us to make the necessary changes in order to contribute to the objectives of the 2030 Agenda for Sustainable Development." 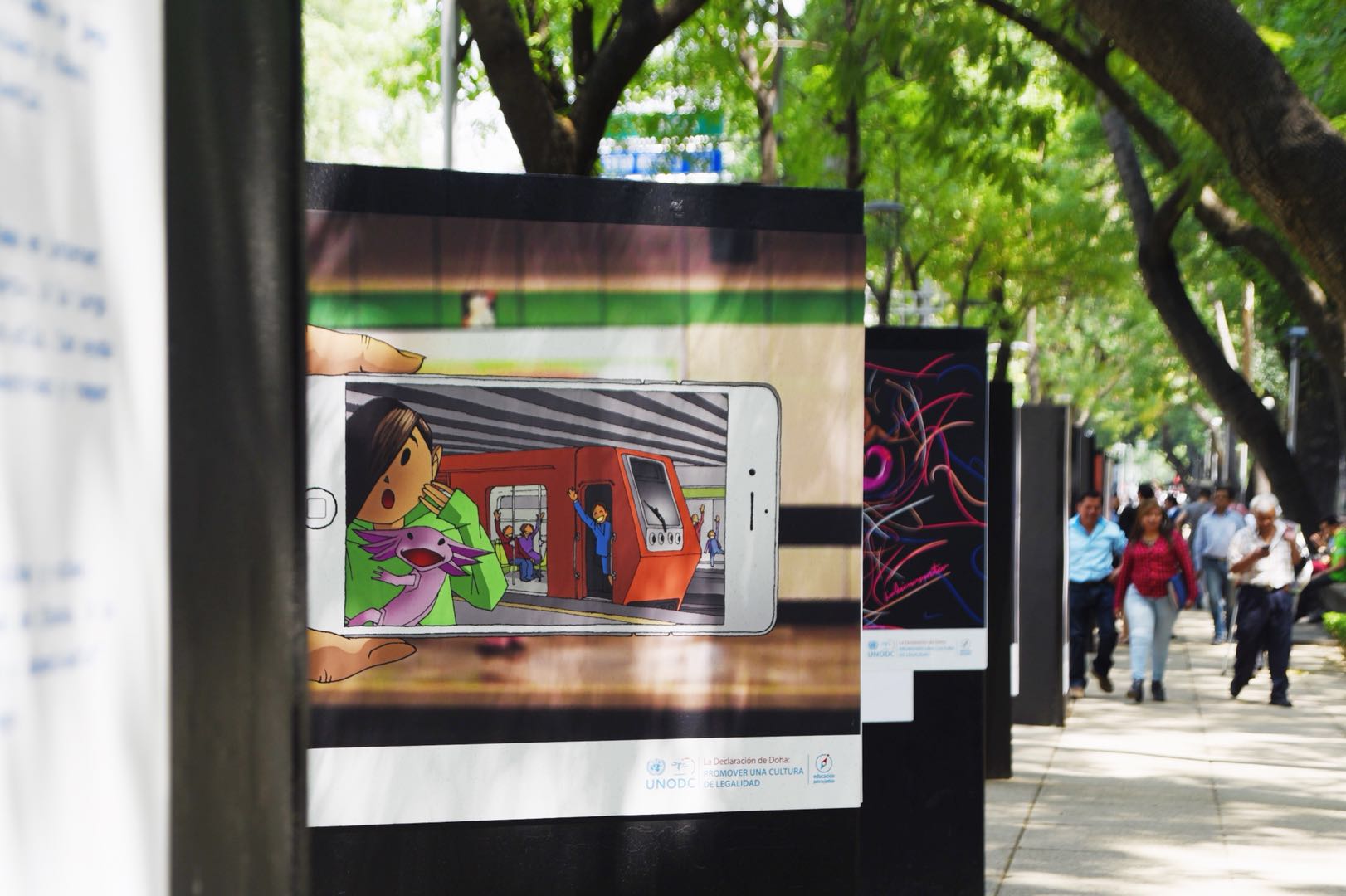 Chuka was designed and produced under UNODC's Global Programme for the Implementation of the Doha Declaration with the Mexico City-based Gargamel Estudio, a renowned women-led developer firm specialized in educational children's games. It is an engaging game aimed at teaching boys and girls aged 7 to 12 to recognize different types of aggression and to deal with them appropriately, either personally or with the help of trusted adults. The game also looks to build values such as fairness and respect, as well as skills such as critical thinking, decision-making and empathy. 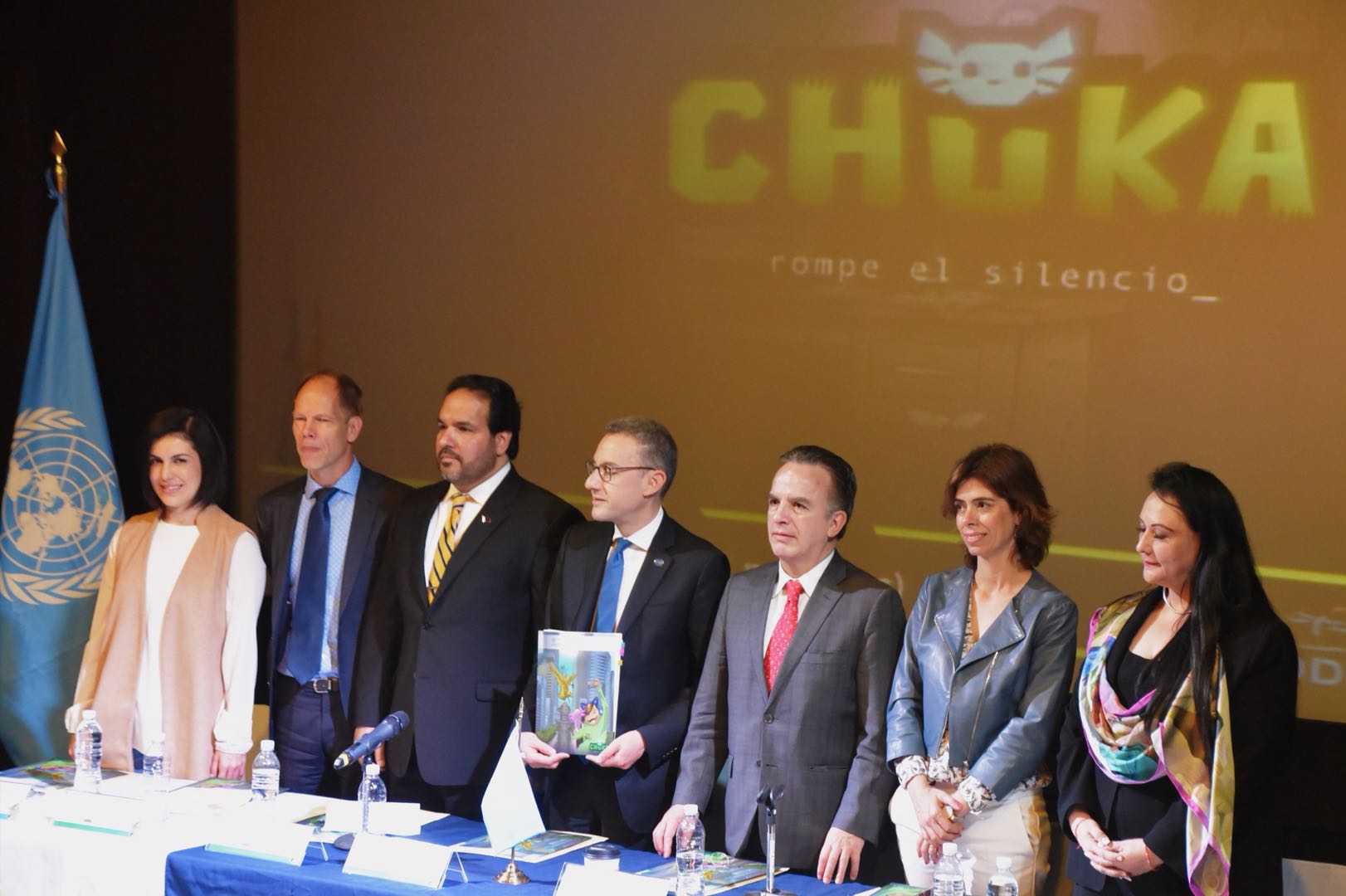 Chuka's artwork was inspired by the drawings of children depicting the monsters of gender-based violence, rendered into the graphics; with the input of psychologists and educators, dozens of new emoticons were also created for players to communicate with the aggressors. Ambassador Ahmed Bin Abdullah Al-Kuwari, Ambassador of Qatar, commented on this important collaboration: "Our aspiration is that girls and boys become involved in society in a legal, solid and participatory manner."

Christian Skoog, UNICEF's Representative in Mexico, spoke of the importance of educating children on these issues: "A large part of gender violence takes root in childhood, as society and the community reinforce traditional, stereotypical and violent gender roles."

The game has already been praised by LEGO, the renowned leader in children's toys and games. "It's remarkable how much power and value playing has, and how it is used to touch such a relevant topic for the society through Chuka," said LEGO's Government and Public Affairs Senior Manager, Javier Valadez Ortega. "This videogame is proof that education is achievable through different play experiences. Great actions from UNODC!"

Children can play Chuka as both a browser and a mobile game, downloadable on Android. It will also be available on iTunes in April. Part of the Education for Justice (E4J) initiative, the game is the programme's first venture into educational video games. To find out more about the Global Programme and E4J, please visit www.unodc.org/dohadeclaration . 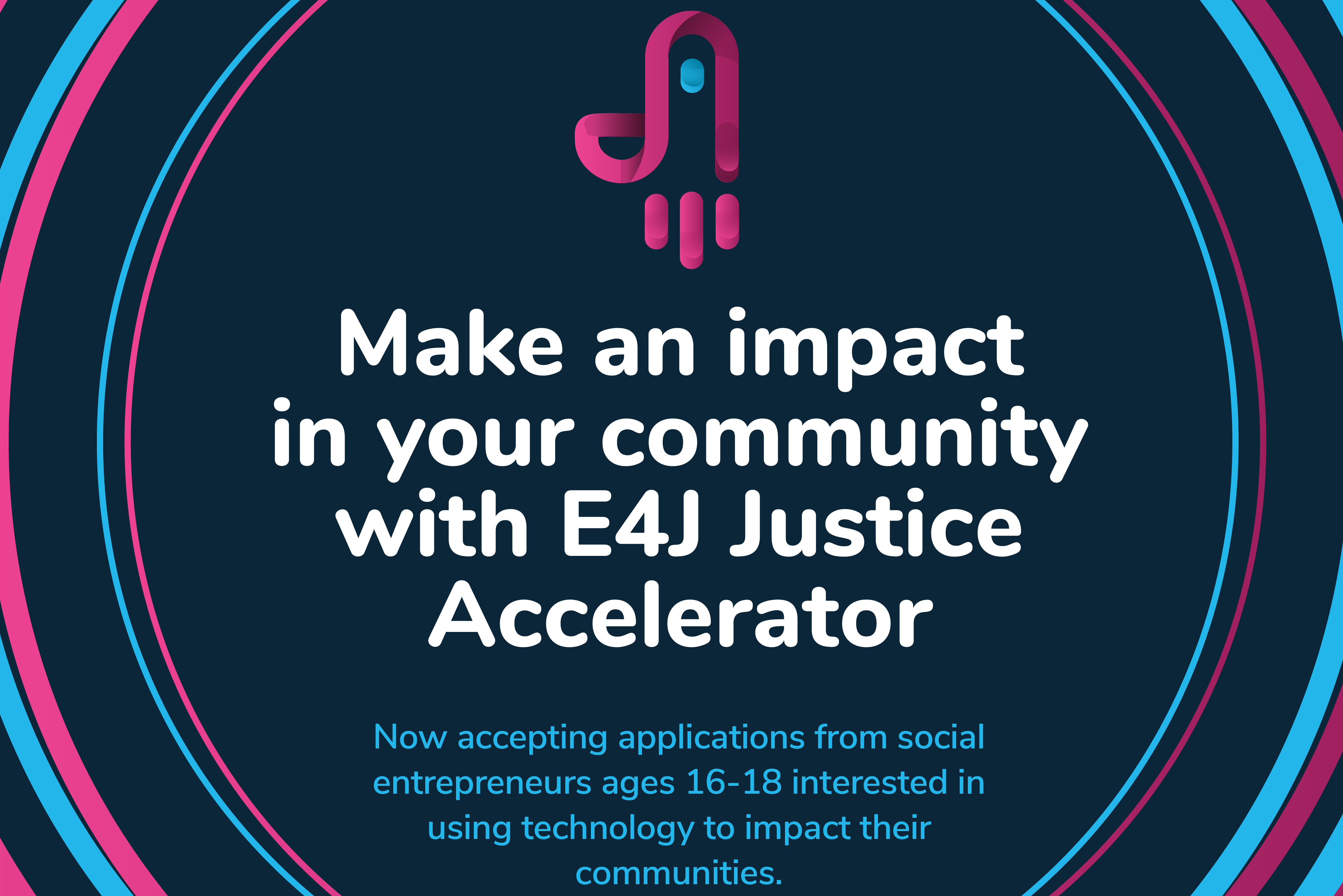 Justice Accelerators: You think you are too young to change the world? It's time to prove yourself wrong! 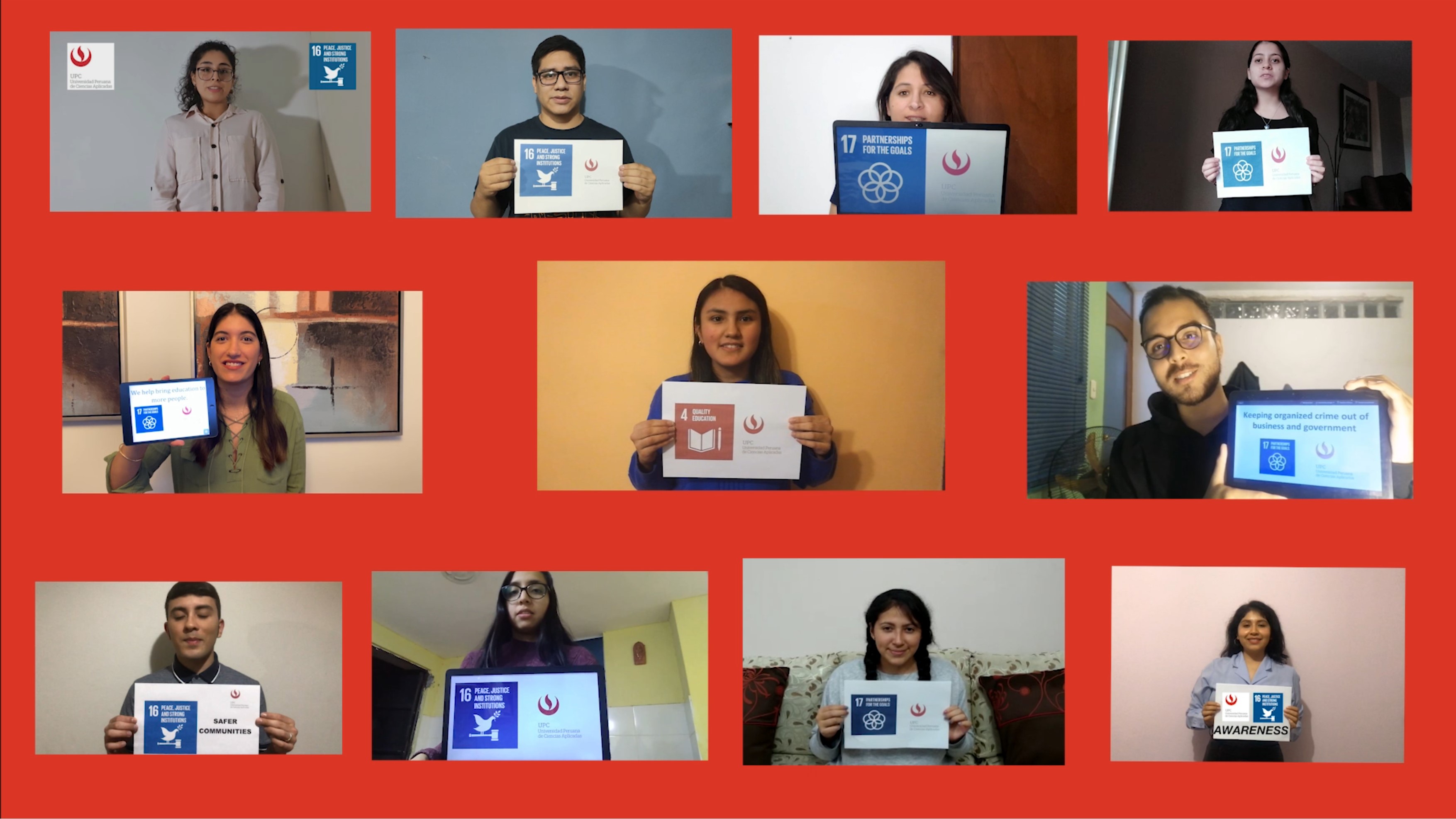 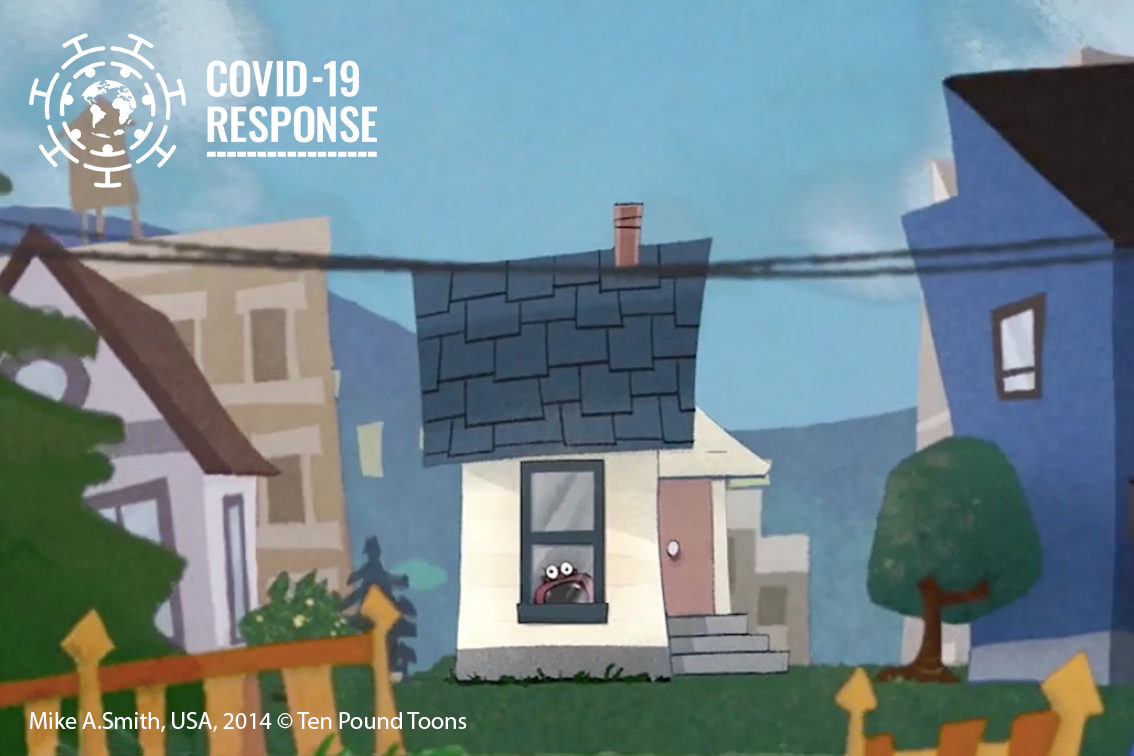