Justice Marin Mrčela is currently the President of the Council of Europe's Group of States against Corruption (GRECO), as well as the Vice President of the Supreme Court of the Republic of Croatia. He has been serving as a Supreme Court Justice since 2008. Justice Mrčela recently shared his views on effectively implementing codes of judicial conduct with UNODC, as part of the Organization's on-going work to promote the adoption and enforcement of codes of judicial ethics. All opinions expressed in this piece are solely those of the author as an external expert and do not necessarily reflect the official position of UNODC.

Judges are the public face of justice and of the rule of law. As such, they have a duty to live up to the highest standards of integrity and impartiality in order to preserve public trust in what is a most fundamental pillar of democracy.

Codes of conduct are a pivotal instrument to translate core values into behavioural norms. They do not only have an aspirational nature, showing the best path to resolve ethical dilemmas, but they must also be effectively implemented in practice. In keeping with safeguarding judicial independence, implementation must come first and foremost from within the judiciary itself.

Codes of conduct should, therefore, be useful and workable. For this to happen, the application of a code should consist of several elements:

1) Training. Judicial virtues must be fully embraced, nurtured, developed and practised. This requires a continuous process of self-improvement in which education plays a key role. Induction training on judicial ethics should be mandatory. In-service opportunities for further developing knowledge on professional deontology, integrity and corruption prevention matters should also be actively promoted.

2) Confidential counselling. Peer-to-peer support programmes are key to strengthen and further develop a robust culture of integrity in the court. Mentoring and coaching arrangements have proven quite valuable in this respect. That said, they must also be coupled with an institutionalized system of counselling or advice, which provides focused and consistent backup to judges throughout their careers. In the current context of greater scrutiny of judicial conduct and the need to maintain judicial independence, a dedicated confidential service is an important professional tool to help judges to be proactive in resolving problems early, appropriately and authoritatively.

3) Breach of a code does not necessarily lead to disciplinary sanctions. Discipline is almost invariably connected to a breach of the code. Serious misconduct may not only give rise to administrative, but also criminal action. A graduated approach or course of action depending on the specificity of each situation needs to be followed.

4) Complaints. Appropriate avenues should be in place to allow for complaints when judicial misbehaviour occurs. The submission of complaints should be possible from colleagues and from the public.

5) Decision-making body. Codes have to be accompanied by oversight and accountability mechanisms. Such a body, composed of judges with the utmost reputation for integrity, should act with appropriate guarantees of independence and impartiality. A commission or committee could decide on breaches of ethical provisions and their degree of seriousness.

6) Procedure. Minor deviation from deontological provisions could trigger institutional action in the form of a declaration. In more serious cases, a public statement explicitly condemning the wrongful conduct may be needed. In both cases, constructive guidance on good practices should be provided.

7) Transparency. Serious breaches should be properly publicized. Such a public statement does not have to make reference to the identity of the individual concerned. There must be zero-tolerance to any violation of ethical standards.

These overarching guidelines ensure the effectiveness of codes of judicial conduct and, therefore, contribute to strengthening of the integrity of the judiciary. 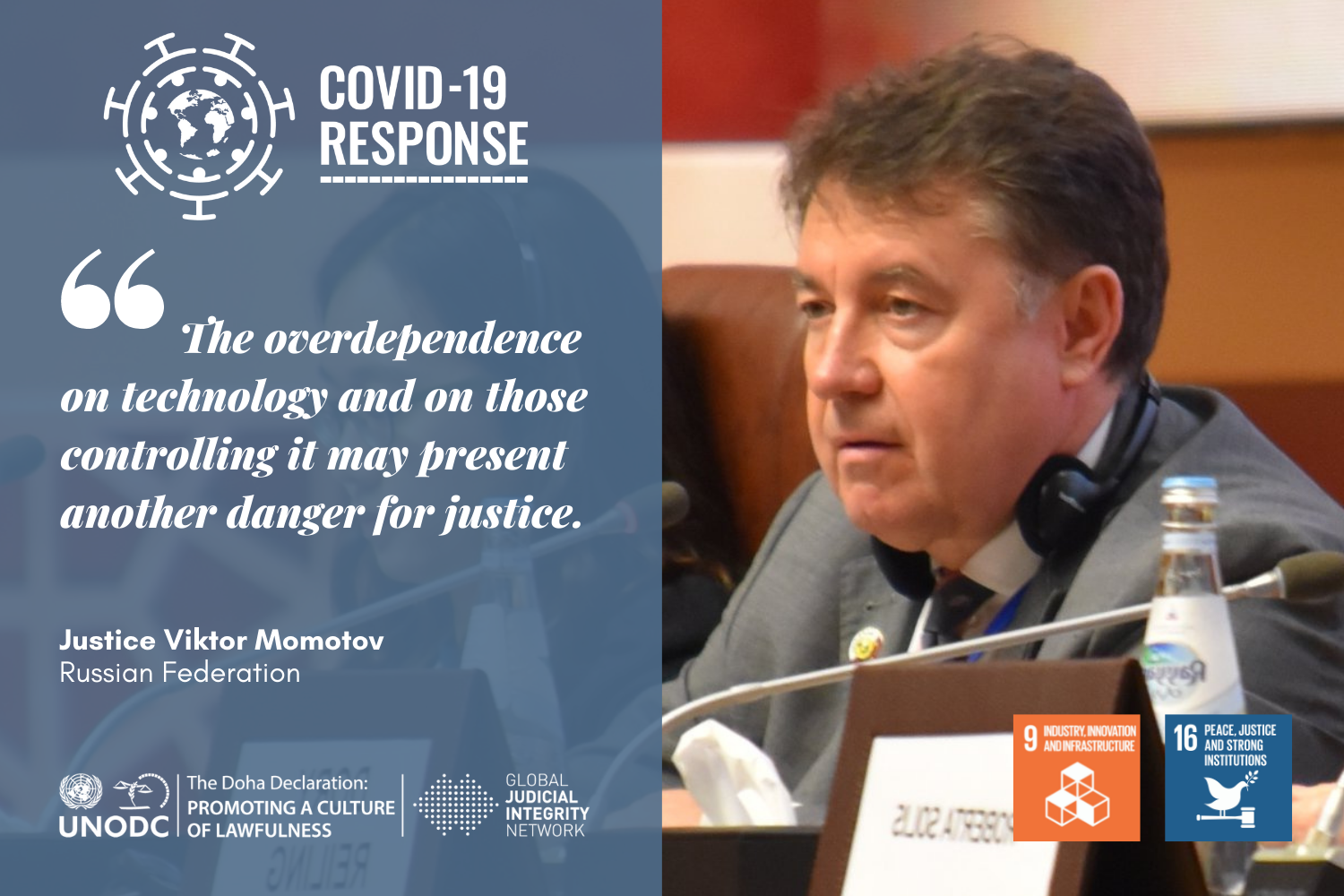