The rule of law is arguably the most basic requirement of any civilized society, and an independent judiciary, to which access is available to all citizens, is an essential ingredient of the rule of law. Freedom of expression is also fundamental in a democratic society, in which the courts and the media have vital and complementary institutional roles. Together, they hold power to account, enforce the rights of individuals and shed light on matters of public interest - and they also monitor each other.

The media have been described as the watchdogs of democracy, highlighting democratic deficits and demanding accountability from elected officials. And judges have no more important role than to hold the Government to account when it does not adhere to the law and to uphold the rights of individuals. And there is no more vital right than freedom of expression.

When a judicial system is correctly calibrated, the law is applied by judges fearlessly, without favour and with respect. That is why judicial security of tenure is so fundamental: it ensures that a judge's ability to stay in post does not depend on pleasing the Government. It is also why judges must be properly paid: otherwise, they may be tempted, or even driven, to accept bribes. And it is why any court system has to have the means to enforce judicial decisions. To have judges who do what the Government tells them, who are corrupt or whose orders are ignored, is almost worse than having no judges at all.

Judicial independence ensures, in particular, that judges are free to conclude that actions taken, or decisions made by the Government (or even by others) are in breach of the law, and that they are in particular in breach of individual's rights, including of course their fundamental, or human, rights - and to decide on the appropriate remedy.

Procedures such as judicial review and tools such as statutory interpretation allow the judiciary to correct Government overreach, and to help ensure that the Government acts only within the scope permitted by the law. The courts are often the only avenue through which this can be achieved, in the light of their unique powers and their institutional separation from the legislature and the executive. Judicial integrity and independence must be a priority in the fight to secure human rights at the domestic level. Hence the need in many countries for anti-corruption measures in order to prevent the powerful and rich from subverting the rule of law.

In recent years, the freedom of the media and legitimate reporting by journalists have been undermined by populist leaders, even in supposedly democratic states. For instance, journalists and media outlets are accused of spreading "fake news" or other spurious offences. Many authoritarian leaders across the globe have a history of attacking, in some cases criminalizing, even, we fear, killing, journalists because they present an alternative narrative, they expose corruption and abuse, and they seek to establish accountability. Sadly, some leaders in countries which have hitherto stood up for freedom of expression have made statements which have emboldened these authoritarian leaders to step up their attacks.

The judiciary and the media have this in common: that, unless they are undermined or silenced, they pose a genuine threat to corrupt and undemocratic regimes and inspire fear in those regimes that wish to retain or consolidate their power.

Some Governments, even in well-established democracies, have been invoking the COVID-19 pandemic as an excuse to place inappropriate limitations on the public's right to know, and to encourage distrust in the media. The judiciary should be a bulwark against efforts to undermine free media. Defending media freedom can require the judiciary to strike down the rules and actions of the Government which do not properly respect the right to receive and impart information and opinions, and other fundamental rights.

Governments purporting to defend and promote media freedom, including members of the Media Freedom Coalition in the United Kingdom, should work to maintain the independence and integrity of their own judiciaries, and demonstrate respect for the principle of open justice. They should act as a "Coalition of the Committed" that leads through action and by example, while encouraging other states to do the same. The High-Level Panel of Legal Experts on Media Freedom will continue to provide advice to these Governments and report on their responses to its recommendations.

If the media are silenced and journalists are muzzled, a key pillar of a functioning democracy is crushed. It means that an institution which is vital to a free society, which seeks to ensure accountability, to highlight injustices, to inform the public about matters in their interest, and to serve as a conduit between the people and their representatives, is neutralized. The loss of a free, independent media is essentially the loss of democracy.

Access to Justice in Relation to COVID-19: A Norwegian Perspective on an Issue of Judicial Integrity 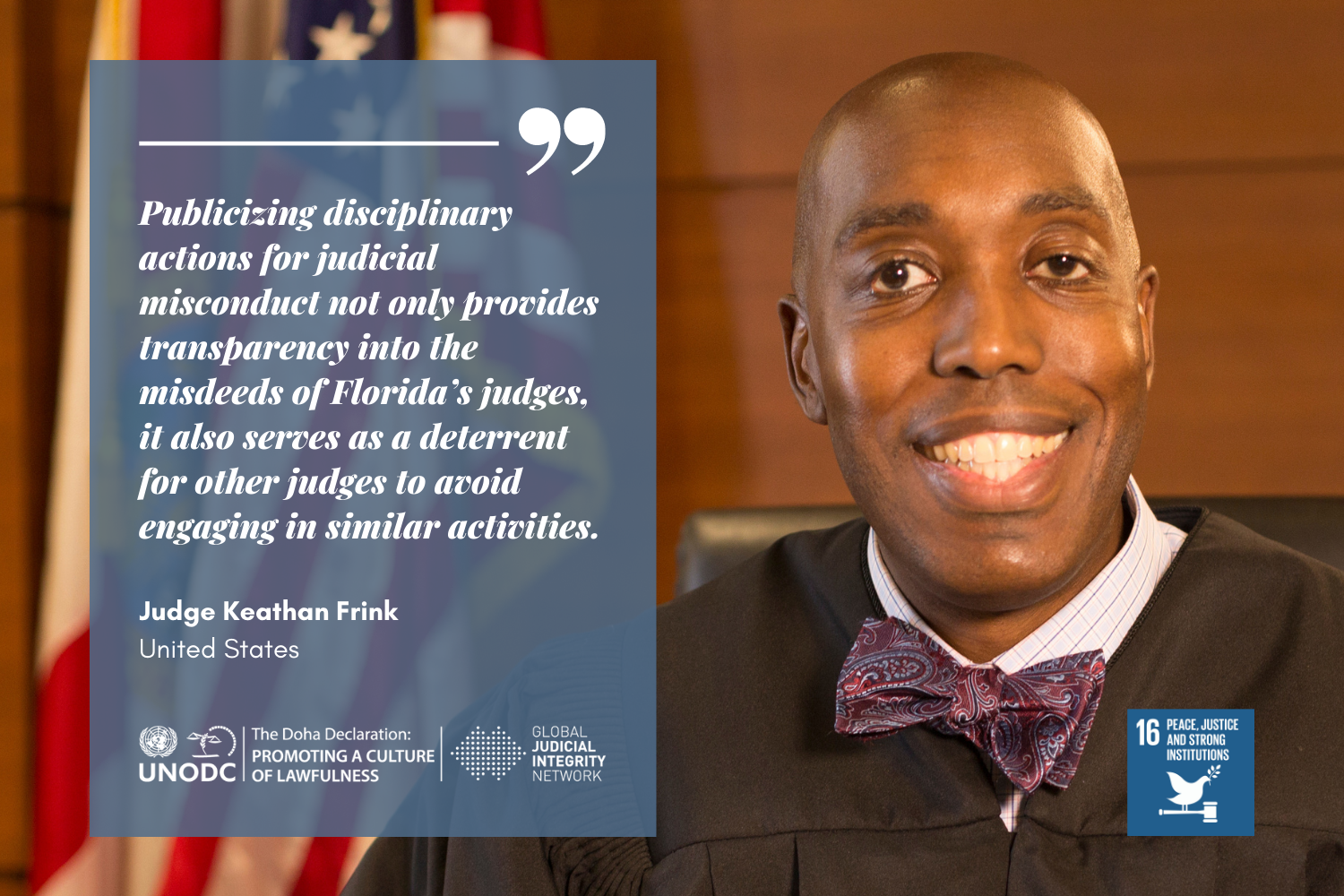