7 November 2017 - "Finding the perfect balance between integrity, transparency, accountability and judicial independence is absolutely essential," said UNODC's Oliver Stolpe who leads the Office's efforts in supporting Member States in the implementation of the groundbreaking Doha Declaration adopted at the 13th United Nations Crime Congress in Doha in 2015.

Mr. Stolpe was speaking at a special event on preventing corruption in the justice sector held on the margins of this week's Seventh Session of he Conference of States Parties to the UN Convention against Corruption (UNCAC).

His presentation highlighted UNODC's work on promoting a global culture of lawfulness designed to tackle corruption and related issues. To support this work, said Mr. Stolpe, UNODC is creating the Global Judiciary Integrity Network aimed at connecting judges, creating and improving access to knowledge resources, while exchanging training materials once it launches in April 2018.

He described the network as a platform for peer-to-peer support reflecting UNODC's long experience in promoting judicial integrity and based on the view, "Judges like to learn from each other." Mr. Stolpe added that the network was also building partnerships and offering judicial ethics training.

Tilman Hoppe, a consultant with the Deutsche Gesellschaft für Internationale Zusammenarbeit (GIZ) GmbH , emphasized the visible results seen in the form of new judicial councils and support for the Bangalore Principles on Judicial Conduct adopted in 2002. Mr. Hoppe, however, said the overall global picture was sobering and he stressed the need to "spread the message of integrity, to train people and to reach out to young people."

Participants also discussed the efforts needed by judiciaries, Governments, international development bodies and other stakeholders to implement key global standards on judicial integrity, and to assist judiciaries in preventing corruption among the ranks of judges.

Central to these standards is Article 11 of the UNCAC, which states that each party shall, "without prejudice to judicial independence, take measures to strengthen integrity and to prevent opportunities for corruption among members of the judiciary". Christina Tarna, an anti-Corruption Expert in the Republic of Moldova, affirmed the importance of global standards when she said, "It is not only possible, it is necessary to have a common set of values when it comes to the judiciary."

These standards underscore the fundamental right enshrined in the Universal Declaration of Human Rights that everyone is entitled to a "fair and public hearing by an independent and impartial tribunal, in the determination of rights and obligations and of any criminal charge".

Judge Rafael Menezes, vice-president of the International Association of Judges, one of three judges at the event, appeared to sum up the majority verdict on judicial integrity when he said, "We are shocked about the corruption. But we don't need to hide that there's corruption in the judicial system."

Seventh Session of the Conference of States Parties to the UNCAC 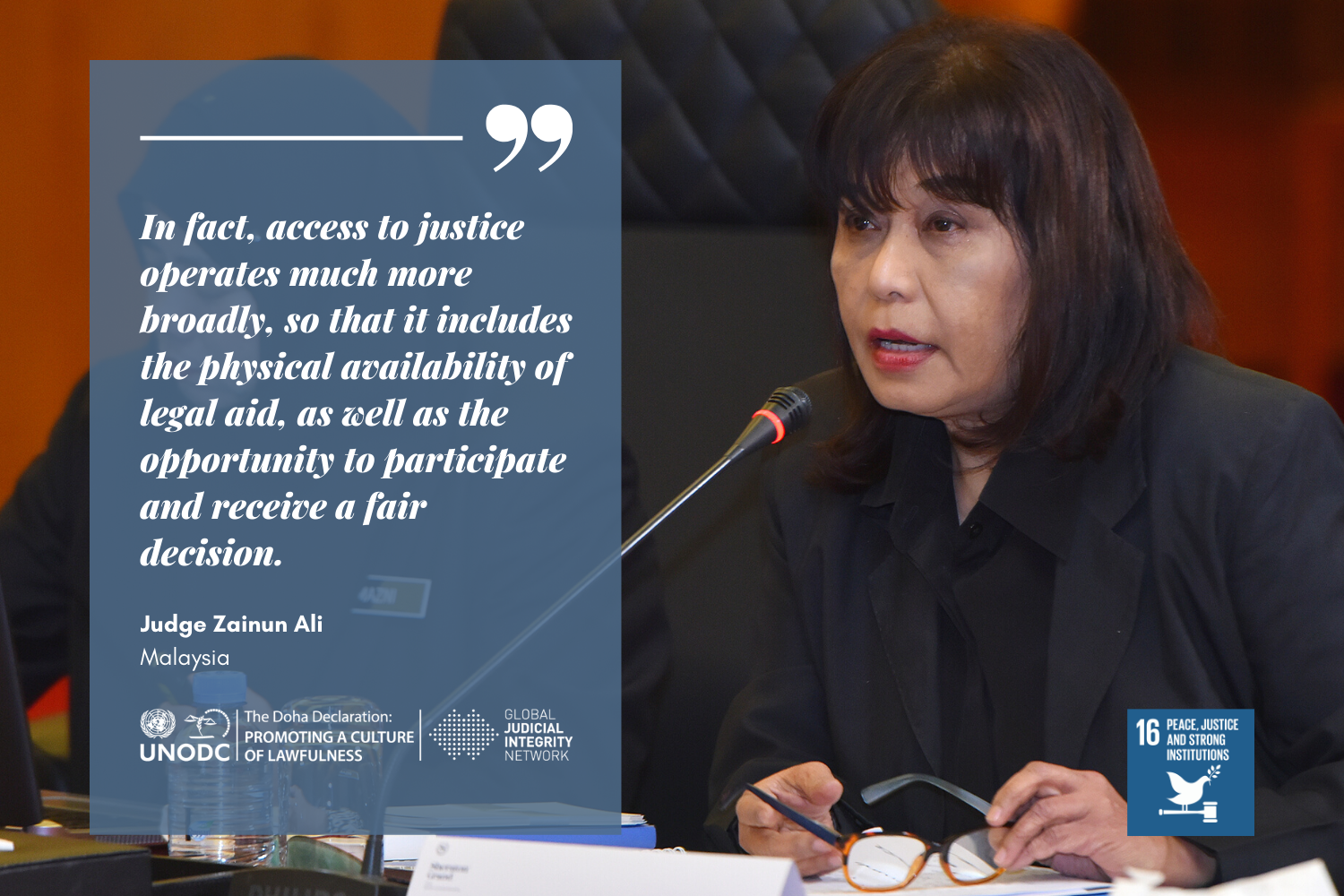