Rising to the Challenges of COVID-19

Judge Renuka Devi Dabee is a Puisne Judge in the Supreme Court of Mauritius. All opinions expressed in this piece are solely those of the author as an external expert and do not necessarily reflect the official position of UNODC.

Court cases in Mauritius are traditionally heard in open court with legal advisers, litigants, witnesses as well as the court staff in attendance. In regular circumstances, the public also has physical access to the courts and the administrative sections during office hours. However, the COVID-19 pandemic has presented new challenges to previous methods and pushed the judiciary to expand its virtual operations.

The Government of Mauritius initiated a lockdown on 20 March 2020 under section 79 of the Public Health Act to curb the spread of COVID-19. It is an extraordinary measure that could limit or suspend fundamental rights and freedoms. All public and private businesses were closed, but the Courts continued operations as one of the ‘essential services’ for the hearing of urgent cases. Rapidly, the judiciary, under the direction of the Chief Justice, devised a strategy on how to handle urgent matters while ensuring that the public was not denied access to justice, which would breach the constitutional rights of the individual. Procedural mechanisms were set up to protect freedoms and rights of the citizens and safeguard the rule of law.

The judiciary issued further directives stating that all urgent judicial actions would be dealt with during the lockdown period. The initial point of contact was the District Prosecutors’ Office, which assessed the requests. The means adopted in substitution of open court sittings was to conduct court hearing via videoconferencing. The directives empowered magistrates to work remotely on urgent matters such as requests for release on bail, protection orders for children and victims of domestic violence and cancellation of warrants of arrest.

The constitutional rights of the detainees, as well as the rules of natural justice, were observed and respected. Detainees wishing to be admitted to bail made motions personally or retained the services of counsel. Magistrates held bail hearings virtually and bail rulings were also delivered in the same manner. Furthermore, these modes of technological communication were also implemented at the Intermediate and Industrial Courts, for any urgent matter by members of the legal profession.

At the Supreme Court level, however, only urgent applications and motions were entertained. During the lockdown, a judicial milestone was reached when the former Chief Justice Eddy Balancy, took the decision on 14 April 2020 to hear lawyers on an urgent motion before the Supreme Court via videoconferencing. All documents were filed online and lawyers for both parties made their submissions via videoconferencing. The Supreme Court delivered its judgment granting the motion for a temporary stay of the proceedings of the Independent Broadcasting Authority related to its decision to take sanction against a licensee.

This was hailed as a major innovation that marked a significant turning point in the Supreme Court’s assertion of its role as the ultimate authority for the enforcement of fundamental rights and demonstrated its commitment to accessibility. The Mauritian Judiciary rose to the challenges posed by COVID-19 and upheld its constitutional role in safeguarding the democratic fabric of the Republic of Mauritius. 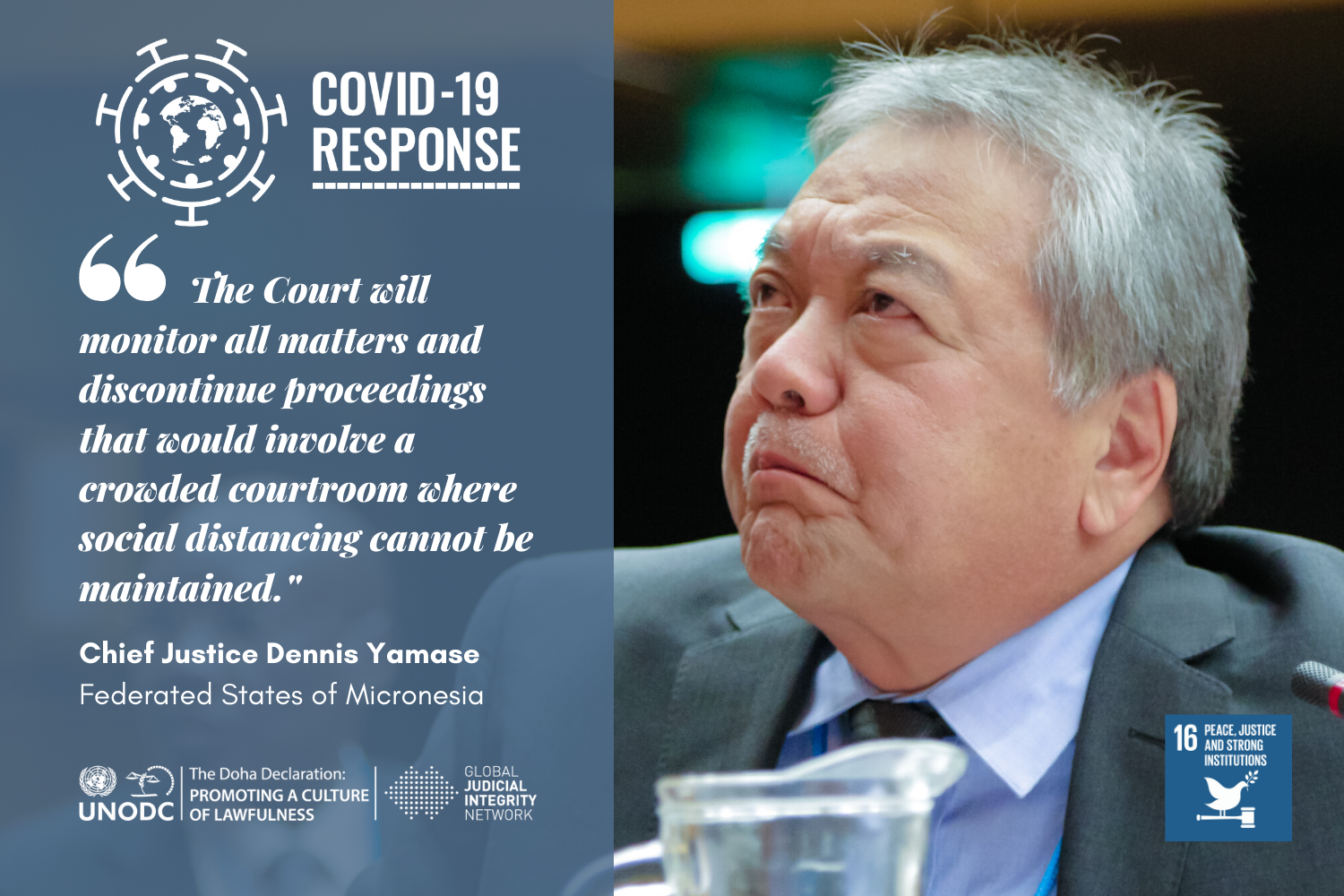