27 October 2020 – The United Nations has since long recognized a wide array of basic human rights which apply to all humanity; amongst these are the right to be free from discrimination and the right to express cultural identity in all its facets. In 2007, to further address the specific needs of some communities, the General Assembly adopted the United Nations Declaration on the Rights of Indigenous People, establishing a universal framework of minimum standards for the survival, dignity, and well-being of indigenous peoples of the world.

While much still remains to be done in this context, increased activism about the need to formalize indigenous rights has led a number of countries to an official recognition of different ethnicities within their populations, with their own linguistic and cultural differences.

Latin America is culturally diverse and boasts a rich heritage, with a diversity of civilizations having left their mark around the continent, but with languages and traditions that have been marginalized with the passing of time. Spanish has become the lingua franca in most countries, closely followed by Portuguese, but millions of people still speak indigenous languages such as Quechua, Mayan languages, Guarani, Aymara or Nahuatl, to name but a few of the most widespread ones. For the most part, this has presented challenges to achieving a comprehensive education in several nations.

It is to these issues and languages that Education for Justice (E4J), a component of UNODC’s Global Programme for the Implementation of the Doha Declaration, dedicated a special event this month. The webinar, the first in a planned series to promote educational outreach and expand its scope with relevant partners, joined Government and international organization representatives, and experts from the region in a frank discussion on the impact of the availability and dissemination of educational material in indigenous languages.

“Indigenous people represent five per cent of the world’s population,” remarked Marco Teixeira, Senior Programme Officer of the Doha Programme. “The 2030 Agenda promise to ‘leave no one behind’ is of crucial importance to indigenous peoples; in turn, they have much to contribute to the achievement of the Sustainable Development Goals.”

Promoting inclusive education is part and parcel of Sustainable Development Goal 4, which aims at eliminating disparities in education and vocational training, and at guaranteeing equal access to all people, regardless of ethnic, national or other background. In its mission to help teach crime prevention and promote a culture of legality at the primary, secondary, and tertiary levels, E4J continues to pioneer inclusivity by committing to develop material in indigenous languages.

For Francisco Calí Tzay, Special Rapporteur on the Rights of Indigenous Peoples to the United Nations High Commissioner for Human Rights, “E4J represents an opportunity for an intercultural dialogue with the justice systems, and it is valuable for indigenous people so that their children fully comprehend their own justice systems, norms and authorities.”

E4J has already begun to translate various educational resources, including comic books and videos, into several indigenous languages spoken in Bolivia and Mexico. While this material disseminates the global values of the rule of law, it also aims at reducing inequalities and increasing the inclusivity of previously sidelined people.

“Our dream is for educational initiatives to become programmes and public policy initiatives that will not disappear,” stressed Dalí Ángel, Coordinator of the Unit for Youth, Indigenous Women and ODS, Fund for the Development of Indigenous Peoples of Latin America and the Caribbean (FILAC).

With E4J’s plan to make its varied portfolio of educational material available in a number of indigenous languages, it continues to support educators as they help the next generations better understand and address issues that can undermine the rule of law, encouraging students the world over to actively and positively engage in their communities. 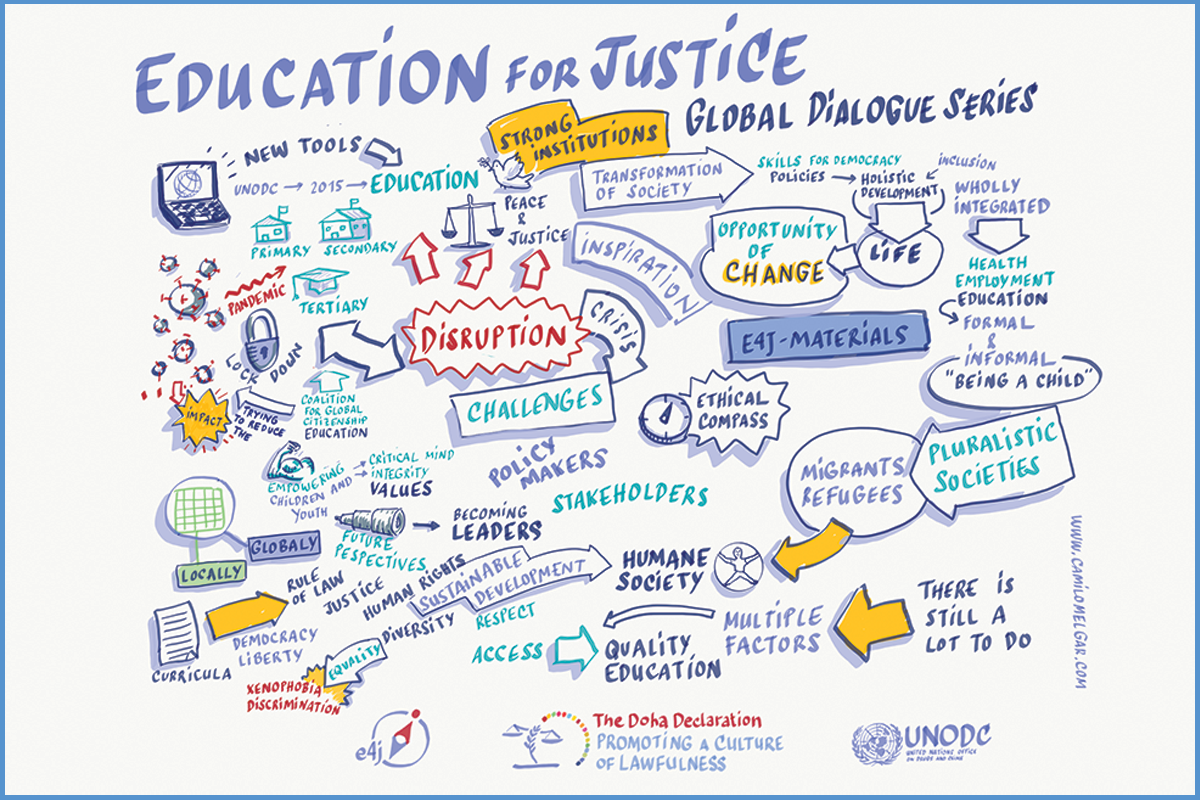 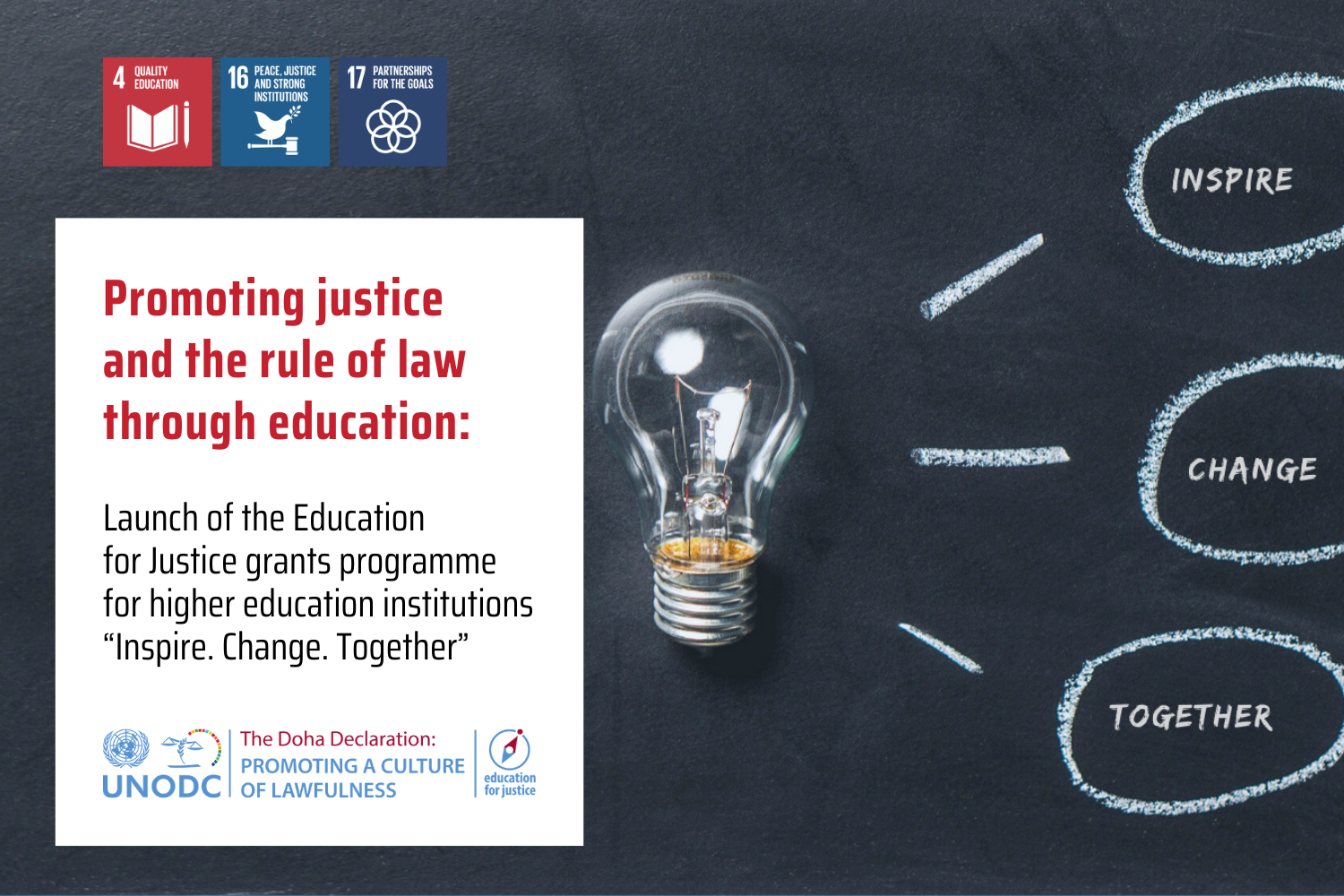 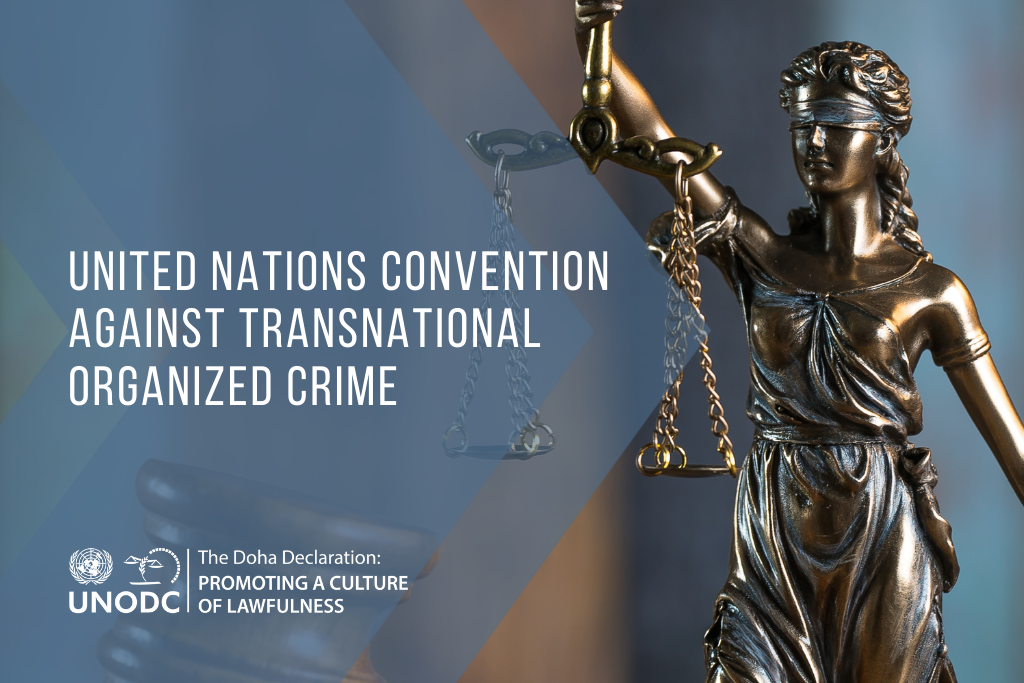