Strengthening judicial independence, and gender and diversity in the justice sector - special CCPCJ side events

23 May 2019 - There are many aspects to crime worldwide, many of which were discussed and considered by hundreds of experts during the 28 th Session of the United Nations Commission on Crime Prevention and Criminal Justice, held this week in Vienna. Like the other components of the Global Programme for the Implementation of the Doha Declaration, the Judicial Integrity initiative was active in numerous discussions and held side events to consider specific aspects having great impact on justice, namely judicial independence and gender and diversity.

Addressing judicial experts and delegates, Diego García Sayán, UN Special Rapporteur on the Independence of Judges and Lawyers, stressed that the battle for judicial independence was far from over and that judiciaries continuously faced challenges: "Threats against judicial independence do not come only from political power, but mainly from corruption, from organized crime and international crime, through threats and bribes."

The panel debated ways to explore how the United Nations Basic Principles on the Independence of the Judiciary, adopted over 30 years ago, could address emerging challenges and connect with the efforts to implement Sustainable Development Goal 16. It also discussed how different Member States translate the Principles into laws, regulations and practice, with presentations from the International Association of Judges, and the judiciaries of Spain and Colombia. 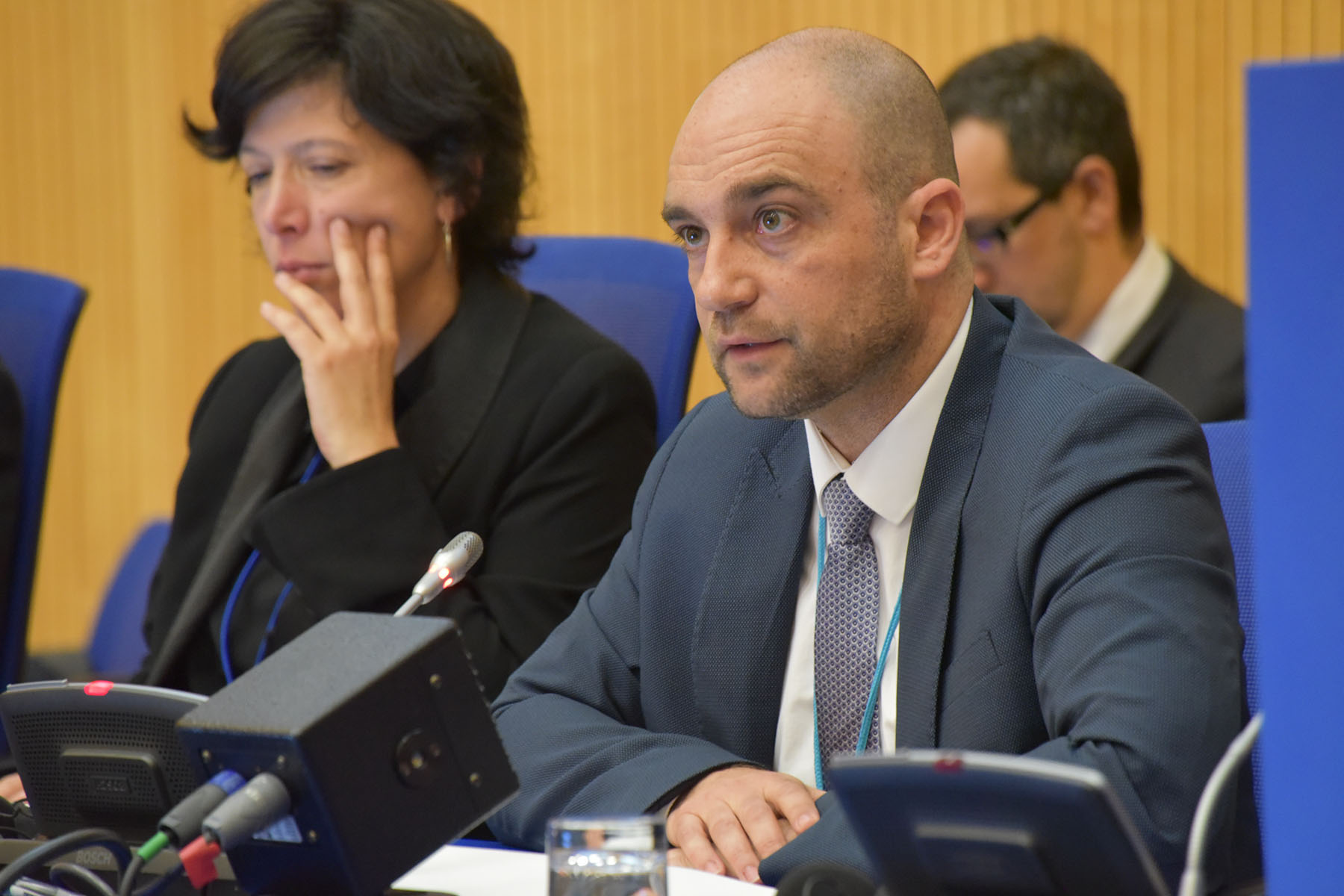 Senior Programme Officer Marco Teixeira closed the discussion by stressing why these were needed: "It is imperative to strengthen the implementation of the existing judicial independence standards, one of the key pillars of democratic societies and a prerequisite to the rule of law, protecting human rights, guaranteeing fair trials, and ensuring public confidence in the judiciary." Recalling the launch of the Global Judicial Integrity Network and its positive effect, he noted that "in one year of existence, it has created a truly global movement for the strengthening of judicial integrity; the level of participation and interest from judiciaries and other stakeholders continues to grow."  Mr. Teixeira listed some of the Network's achievements and output, including the valuable training package for judges, and the development of knowledge products on the use of social media by judges, gender-related judicial integrity issues, and effective codes of conduct. 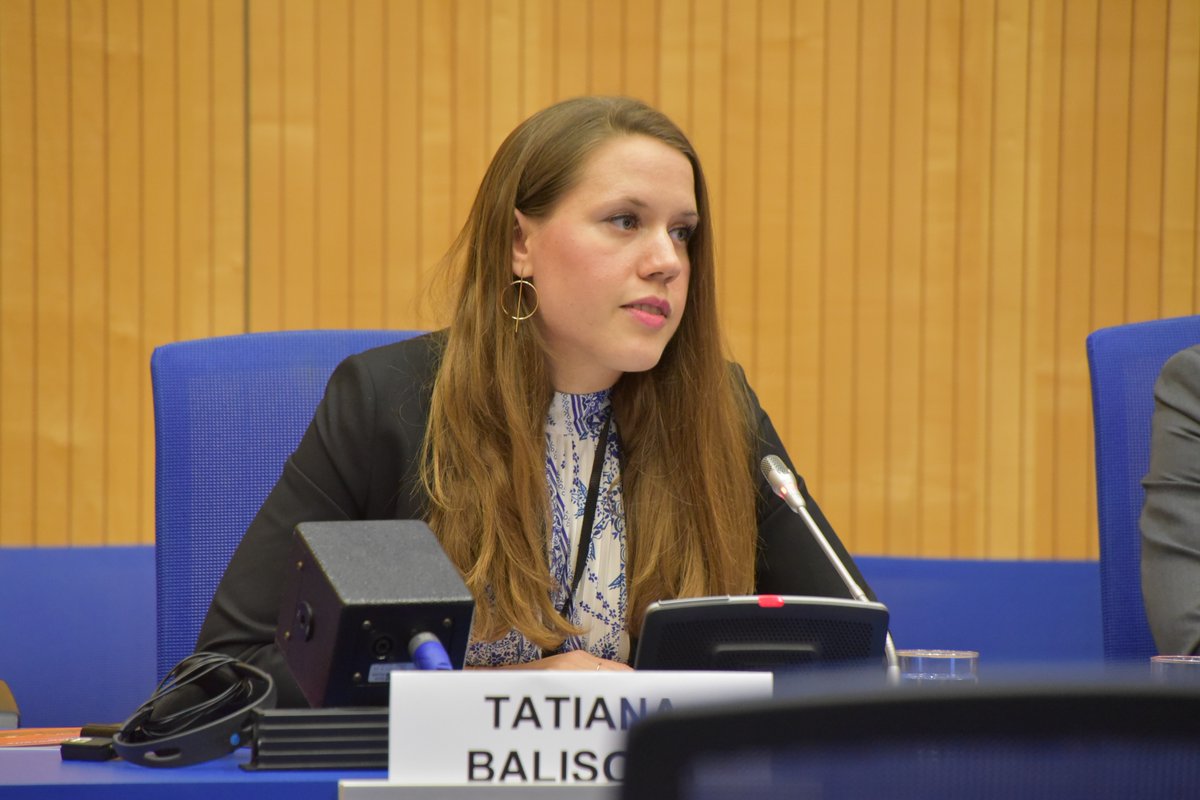 Discussing another challenge to judicial integrity and elaborating on the importance of gender considerations in the side event dedicated to this factor, Crime Prevention and Criminal Justice Officer Tatiana Balisova told gathered delegates that "one of the priority areas for the Network is to raise awareness among judges and judiciaries about wider gender-related judicial integrity issues, such as sextortion, sexual harassment, gender stereotyping, discrimination, biases and prejudices." Ms. Balisova invited judiciaries to participate in the wide consultation which will soon be available on the Network's website on the issue paper: "There are still many ways in which gender is used to draw distinctions and to treat people differently, and it is important to look at what judicial systems can do to strengthen the safeguards for preventing, detecting, and correcting all these types of behavior."

Panelists from the International Association of Women Judges and OSCE's Office for Democratic Institutions and Human Rights (ODIHR) discussed gender challenges to justice systems, with women remaining under-represented and experiencing barriers to equal representation and effective participation (as judges and prosecutors), while barriers to promotion and career development persist and few women advance into senior positions such as court presidents or Supreme Courts on equal terms. They agreed that the lack of representation of women in the criminal justice system has a substantive impact on its fairness and is felt negatively by women, whether they are suspects, defendants, witnesses or prisoners.

In all these aspects related to judicial integrity, the Global Judicial Integrity Network plays an important role in creating a space for discussion and for sharing experiences and resources. Also, through the Network, there is an opportunity to create synergies with other existing initiatives and processes, amplifying their reach and impact.

The Network's launch, the largest gathering of judges ever organized at the United Nations, is to be followed by the "High-Level Meeting of the Global Judicial Integrity Network: Past, Present, Future" conference, which will take place in Doha, Qatar, on November 18 and 19, 2019.