13 February 2020 - Penitentiary systems around the world, often with the support of UNODC, are increasingly adopting innovative practices to rehabilitate prisoners before their reinsertion into society. Moving away from traditional sentences meant to merely punish, such programmes are aimed at re-educating prisoners and helping them avoid recidivism, while preparing them to sustain themselves financially and make a positive contribution to society.

UNODC's Global Programme for the Implementation of the Doha Declaration has implemented numerous types of rehabilitative programmes in the prisons of participating Member States, ranging from vocational trainings and certifications ( construction for female prisoners in Bolivia and electrical installations in the State of Palestine, among others) to manufacturing (such as a bakery in Kyrgyzstan). In Namibia this month, in association with the World Food Programme, the Programme launched a hydroponics project in the city of Gobabis, aimed at generating special new skills for prisoners, while simultaneously contributing to their nutrition and that of the community in a region suffering from water scarcity.

A relatively fast method which significantly contributes to food security, hydroponics requires no soil, is cost-effective and saves up to 90 per cent on water when compared to traditional farming. The recognized therapeutic nature of gardening is also relevant at the Gobabis Correctional Facility which is one of country's prisons designated to house inmates with mental health issues. 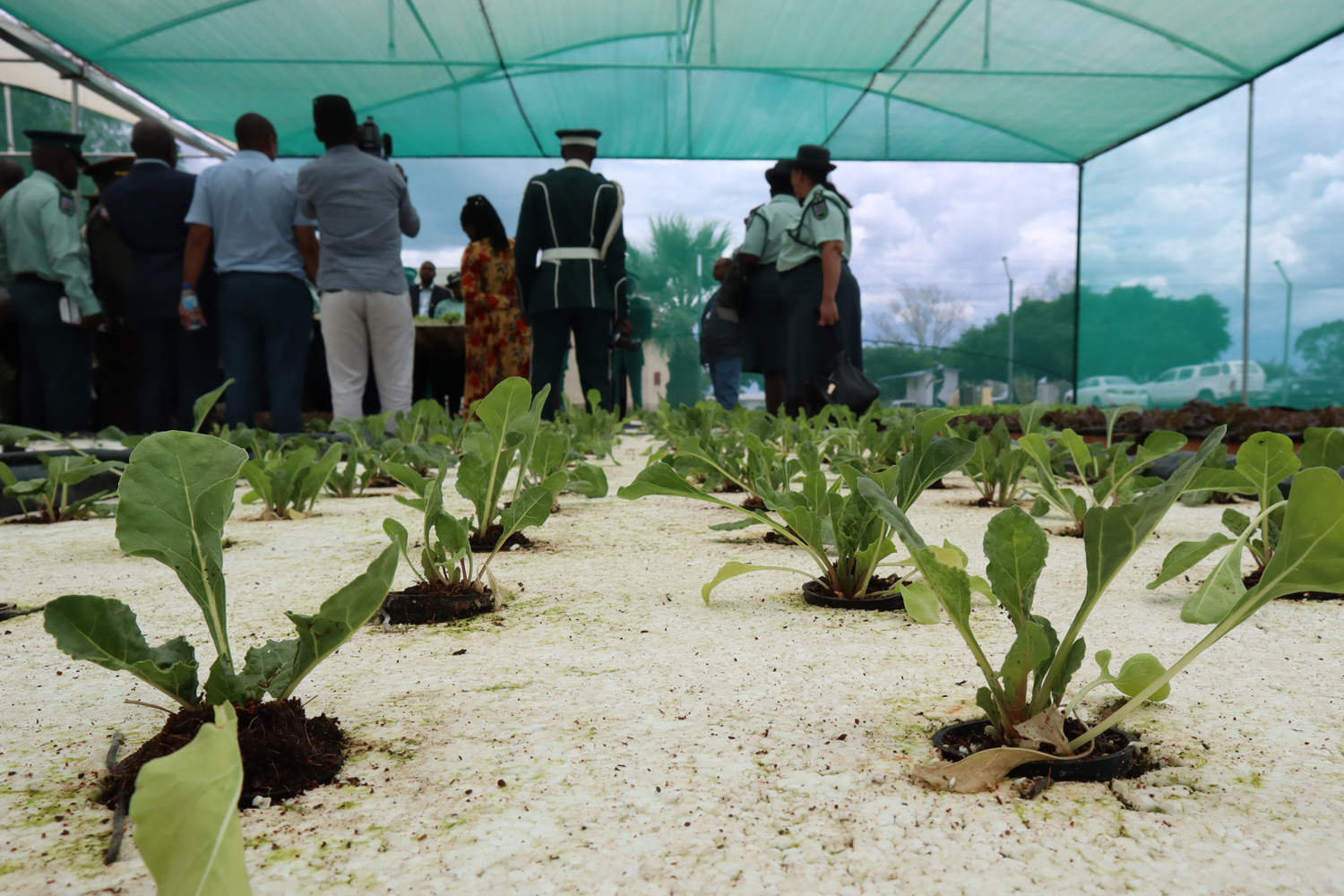 Projects such as this demonstrates the desire to use prisons to correct behaviour rather than just punish. As stressed by Commissioner-General Raphael T Hamunyela, of the Namibian Correctional Service, "Our aim is and always will be to build skills ahead of release. If offenders' lives change while they are inside, it automatically means that the community has also changed for the better."

The approach also contributes to the UN's Sustainable Development Goals (SDGs), as explained by the World Food Programme's Obert Mutumba with whom UNODC has partnered in the development of the facility. "WFP identified hydroponics as an agricultural technique that contributes to the SDG 2 target of Zero Hunger by 2030 through enabling easier access to food, supporting food security and building up resilience," he noted.

This new work undertaken as part of the Global Programme adds to a range of other prisoner rehabilitation activities already in progress in Namibia. In Walvis Bay, for example, UNODC has facilitated a project to equip inmates with the tools to produced greetings cards; elsewhere, female prisoners are being trained in traditional basket weaving techniques as well as textile production. Adding to these, a soap making project was launched in the capital last week through the provision of machinery and training handed over to the Windhoek Correctional Facility. This project will provide inmates with usable skills which they can apply in their post-release life, while producing the soaps and detergents needed inside the facilities as well as promoting good hygiene. 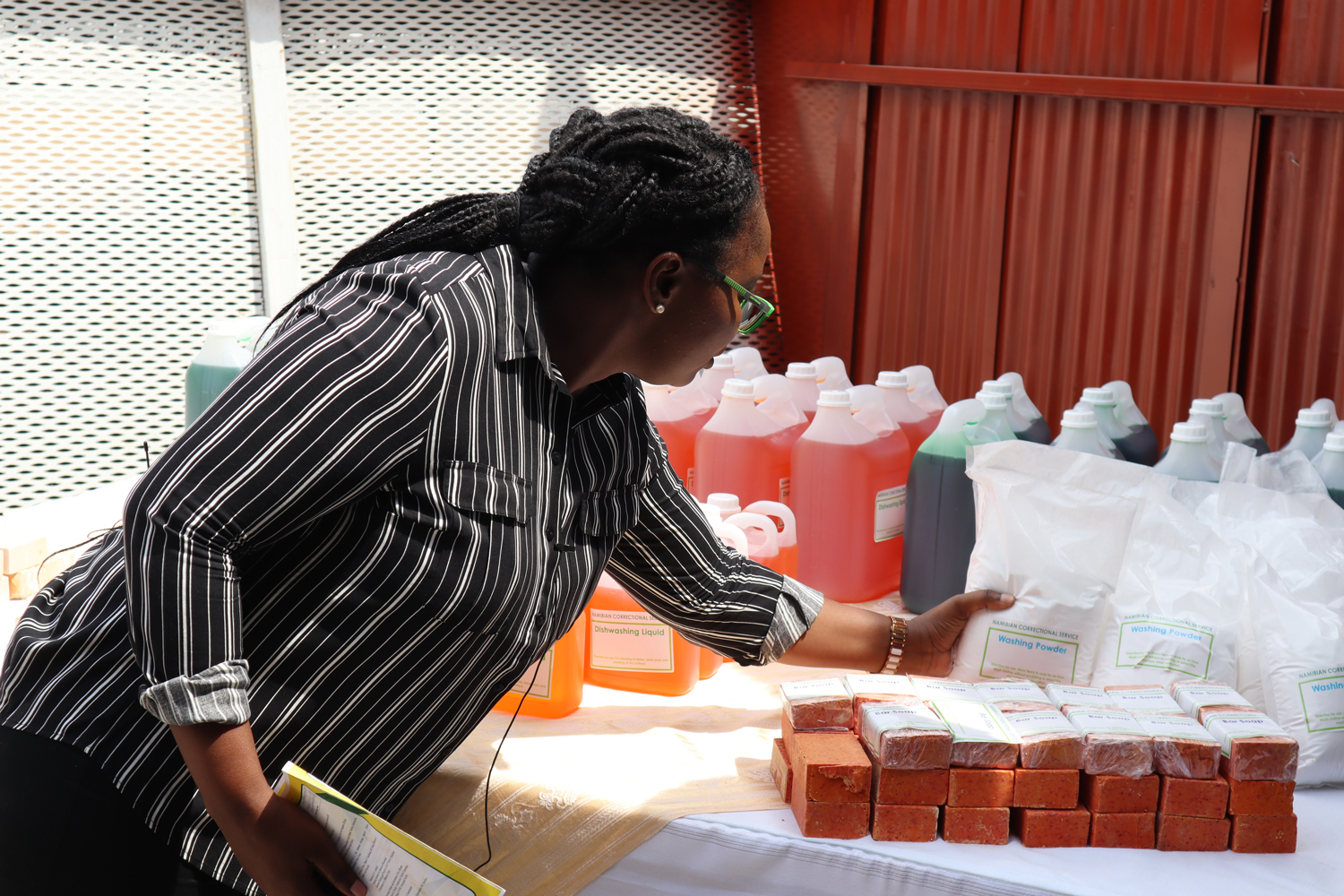 All these useful projects provide benefits not just to the prisoners by giving them a new chance, but to society as a whole, an approach which is at the heart of UNODC's philosophy. "Next to ensuring the secure and safe custody of prisoners, proactively supporting their successful rehabilitation and social reintegration is one of the core missions we share with prison administrations," noted Alejandro Matta, UNODC Programme Management Officer. "We know that reoffending rates are highest among those who leave correctional facilities without any income generating skills, and so the facilities being inaugurated will equip inmates with useful talents to earn a living once released."

Prisoners attending the launch fully agreed, eagerly welcoming these initiatives - both new and ongoing. As she continues to serve her sentence at the Windhoek Correctional Facility, Elisabeth - who has now been trained in basket weaving - shared her message of hope with the gathered officials: "When I was first imprisoned, I had no idea that there were opportunities available to build a skill. Now, I'm able to earn a small income, something I did not have before, and I have also started encouraging others to find their calling here." Speaking about the positive psychological effect of such programmes, she concluded: "This empowers us. It gives us an opportunity to be productive while incarcerated, and it gives us a sense of self-worth."

Proactively supporting inmates' successful rehabilitation and social reintegration is one of the core missions of prison administrations around the world, and it is one which UNODC is committed to continue supporting through projects like these in Namibia, and through the publication of valuable research-based guidelines on numerous aspects of prisoner rehabilitation (such as the essential Roadmap for the Development of Prison-based Rehabilitation Programmes, or the recent guidelines on the creation of brands of prison products).