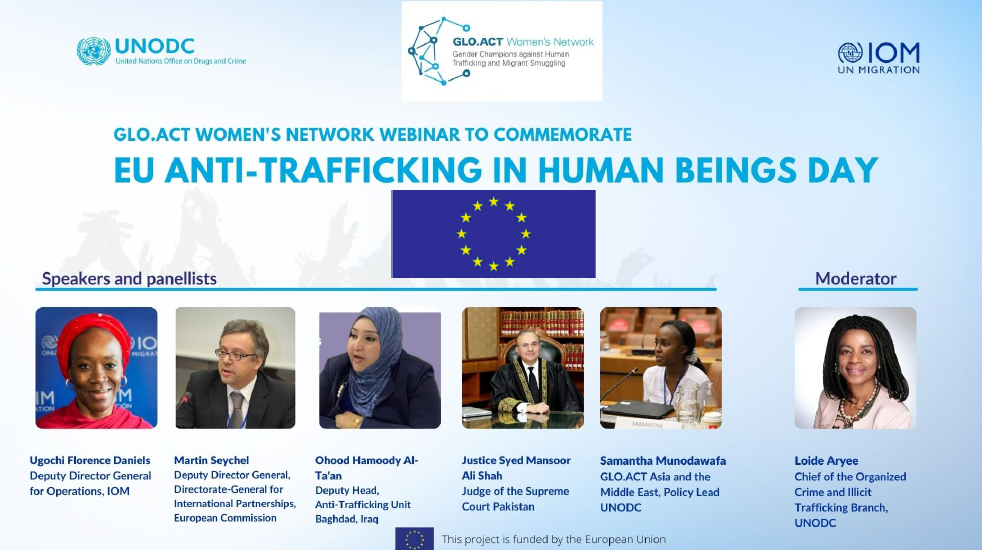 The European Commission established EU Anti-Trafficking Day in 2007, a day to commemorate victims who have suffered from trafficking as well as to raise awareness of and advance the fight against this singularly heinous crime.

Every year around the 18 October, events are hosted across the European Union to inform, exchange and debate, as well as a chance to move forward important commitments and policies on this subject. This year, the European Commission unveiled their Strategy on Combatting Trafficking in Human Beings 2021-2025, which served as the backdrop for the events that took place in various formats between 13 and 18 October 2021. 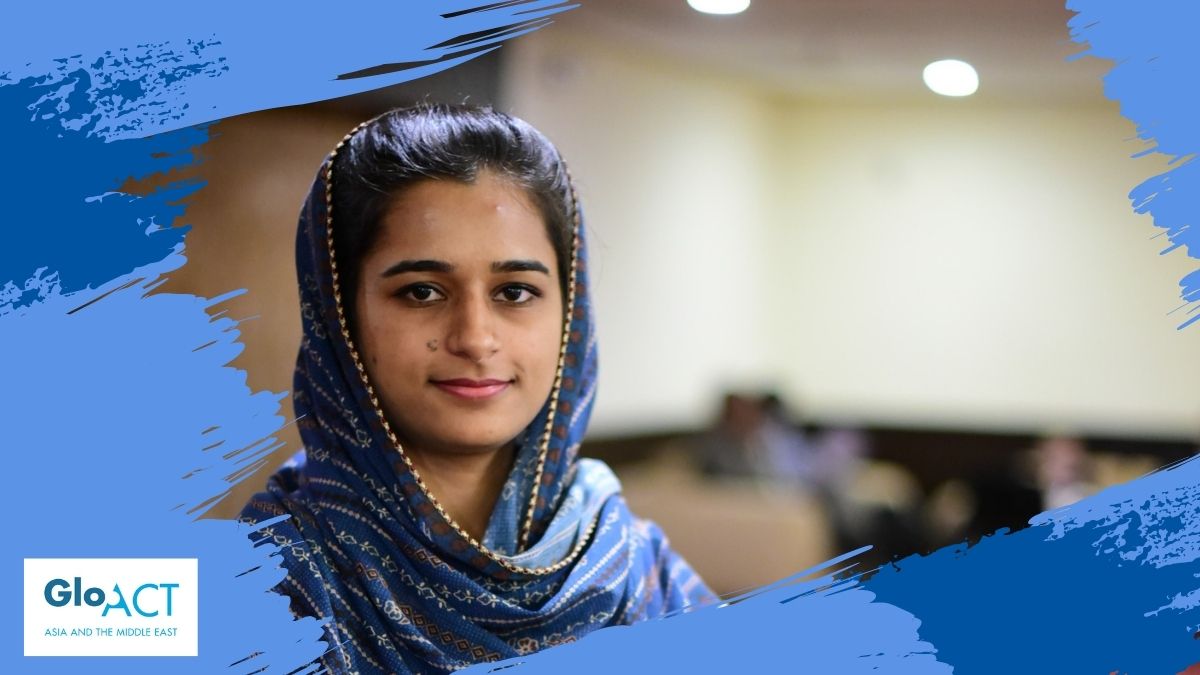 UNODC therefore took part in different types of events during the week leading up to EU Anti-Trafficking Day, and on the day itself. On 13 and 14 October, a conference entitled “Follow the Money: Financial Aspects of Combating Human Trafficking”, hosted by the Austrian Task Force on Combating Human Trafficking. Trafficking of human beings is one of the most lucrative illicit businesses today, yet the vast majority of the money is not recovered, and most victims do not get financial compensation for the physical and mental distress they had to endure. The EU Anti-Trafficking Coordinator, Diane Schmitt, was amongst the speakers at this two-day event, as well as UNODC’s Executive Director Ghada Waly, who explains that, to fight human trafficking’s lucrative aspect, “stronger capacities and cooperation are needed to pursue effective financial investigations and end impunity.”

Another UNODC-hosted event took place on 15 October, as UNODC’s EU-funded GLO.ACT programme organised a virtual event on the subject of the gendered dimension of human trafficking, through their Women Can campaign. The webinar assembled panellists from Iraq and Pakistan with introductory remarks from the European Commission’s DG International Partnerships Deputy Director General, Martin Seychell, and IOM Deputy Director General, Ugochi Daniels. During the event, Mr Seychell underlined: "It is of the utmost importance that we look at human trafficking with a gender lens. We are glad to be joining forces with UNODC and IOM through the GLO.ACT Women's Network."

Her Majesty Queen Silvia of Sweden and 10 European civil society organizations working against human trafficking and other forms of commercial sexual exploitation of girls, receiving their Child10 Award at the Royal Castle in Stockholm, Sweden.

UNODC also participated in events on 18 October itself, organised by EU-based organisations. UNODC Chief of the Human Trafficking and Migrant Smuggling Section, Ilias Chatzis, joined a Twitter Space Event to kick off the day on the topic of cooperation between the UN, the EU, and civil society organisations in the fight against child trafficking. The web event allowed the public to ask questions to the panel with the hashtag #AskHome. EU Commissioner Johansson highlighted during the event: “We must turn trafficking from a low risk, high profit crime, to a high risk, low profit crime.”

On the same day, Child10, which works with grassroots organisations and other actors in the field of child trafficking, organised a conference at the Royal Palace in Stockholm, bringing together key EU and UN stakeholders to discuss the issue of child trafficking. This year, partly due to the pandemic, there has been an increase in child trafficking recruitment and exploitation, especially online. Although children recruited for trafficking often come from challenging socio-economic backgrounds, many girls who become victims of exploitation do not particularly belong to any risk group. Panellists included the EU Anti-Trafficking Coordinator, Diane Schmitt, and Ilias Chatzis, UNODC Chief of the Human Trafficking and Migrant Smuggling Section. To mark this day, Child10 have called on the EU  for the urgent need to implement compulsory educational modules for all children on trafficking and sexual exploitation of children online and offline. 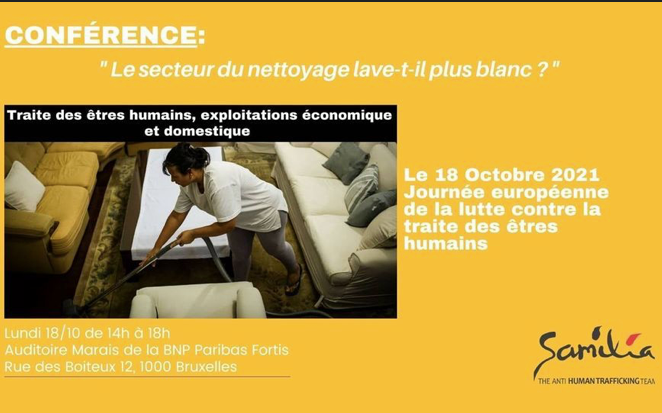 Additionally, in the afternoon of 18 October, the Samilia Foundation hosted a conference in Brussels on the theme of human trafficking, labour exploitation, and domestic servitude, engaging victims testimonies, Belgian experts and partners. UNODC Brussels Representative Yatta Dakowah joined Ms Sophie Jekeler of the Samilia Foundation to open the event, noting “we must rally all our forces and work together to prevent vulnerable people from falling into the clutches of traffickers and achieve our shared goal to end the heinous crime of trafficking in human beings.” During the same conference investigative journalist Frederic Loore presented a documentary investigation, which encompasses issues such as domestic worker exploitation, as well as the au-pair exploitation phenomenon.

On a more global scale, earlier this month, UNODC hosted the first Knowledge Week on Human Trafficking and Migrant Smuggling, the 11th session of the UNTOC Working Group, and new publications on Promising Practices on Public-Private Partnerships and on the concept of ‘Harbouring’.

These initiatives attempt to shed light on the situation of many victims of trafficking and find solutions to this crime which can have longstanding effects on individuals and society.

As UN Member States worldwide work towards a Political Declaration reviewing the Global Plan of Action to Combat Trafficking in Persons on 22-23 November, the EU Anti-Trafficking Day is an occasion to take account of international commitments on the subject, and to reinforce the importance of targeted cooperation and better laws, to strengthen prevention, protection and prosecution efforts.