The Zorbs, Ambassadors of Peace, Justice and Rule of Law, received by UNODC Executive Director

16 May 2019 - A particularly colourful delegation visited the Vienna International Centre this week, to present its credentials to Yury Fedotov, Executive Director of the United Nations Office on Drugs and Crime (UNODC) and Director-General of the United Nations Office in Vienna. The Zorbs, whose own planet fell into a terrible conflict, travelled to Planet Earth so they could help the children of the world understand the many dangers which can jeopardize peace.

Mr. Fedotov welcomed The Zorbs on their first official visit and accepted their credentials as Ambassadors of Peace, Justice and the Rule of Law. "You have the honour of representing UNODC and leading by example," he told his special guests. "I fully support you in your work to mobilize the international community and to help younger members of our world understand the importance of working together for peace, justice and the rule of law."

With May being designated the 2019 month for Sustainable Development Goal 16, which encompasses the goals of peace, justice and strong institutions, Mr. Fedotov also invited The Zorbs to make a special appearance at UNODC's 28 th Commission on Crime Prevention and Criminal Justice (CCPCJ), next week, to greet delegates and spread their important message there as well. 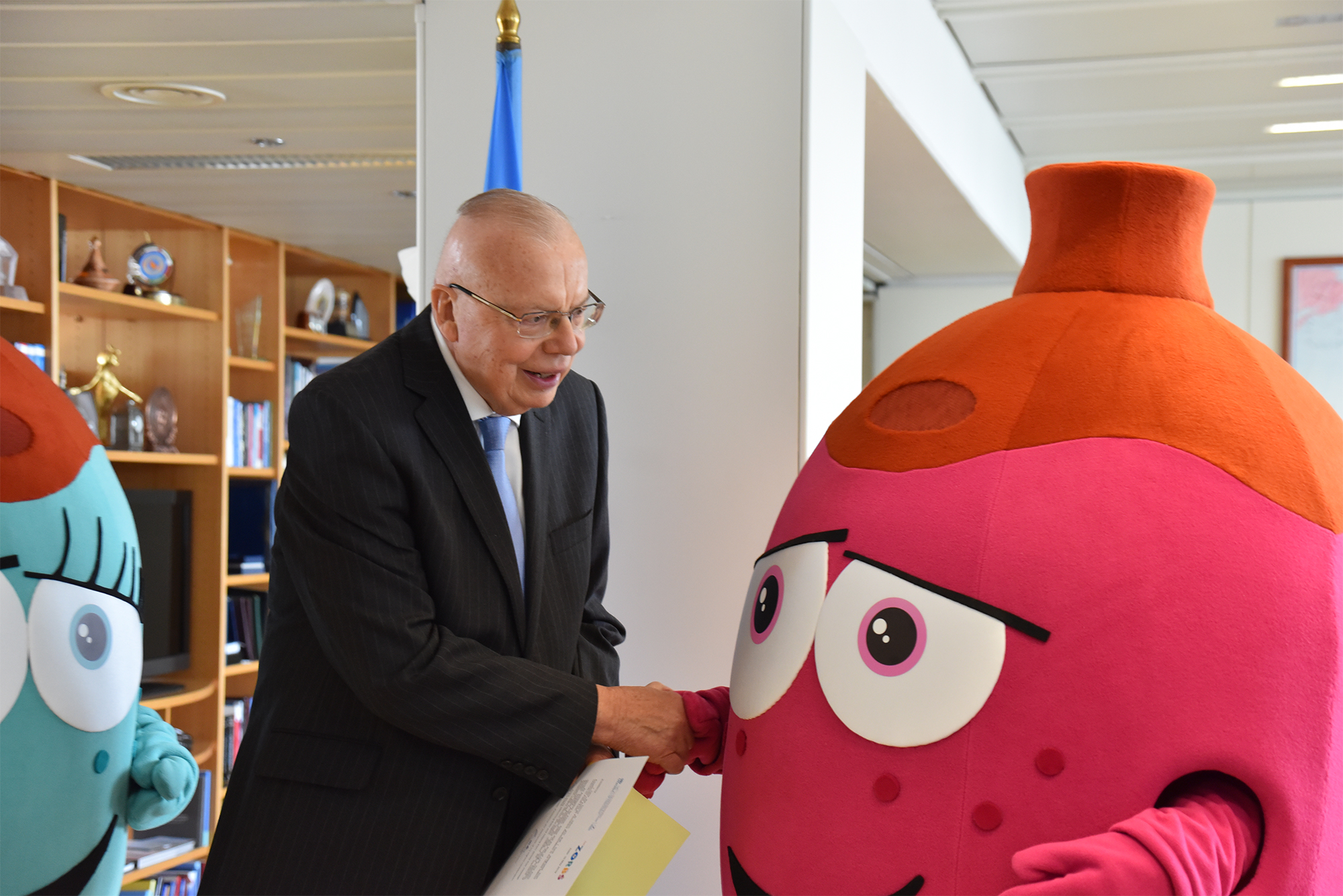 Together, The Zorbs will help children learn about the various issues relating to a culture of lawfulness, which itself is a prerequisite to a peaceful world. Intella, the intelligent creative thinker with a high awareness, will show children the importance of leadership qualities, setting the example for them on how to think differently to address the most complex situations. Scooter, the strong team worker with high integrity and resilience, will demonstrate to them the value of assistance and helping one another. Signal, the engaging conflict resolver, will show them the value of communication and inclusive dialogue, acceptance and mutual understanding. As for Sentimo, the team builder who sees with his heart and relies on his emotional intelligence, he will show children that understanding the feelings of others helps bring different people together.

The Zorbs are a creation of the Education for Justice (E4J) initiative, part of UNODC's Global Programme for the Implementation of the Doha Declaration. The unique alien characters were designed to help primary school children understand the many facets which contribute to a peaceful and lawful world. An animated series narrates the stories of the four friends who left their chaotic planet, Zorb, searching for a more peaceful life; after landing on Planet Earth, they began to promote important values such as acceptance, integrity, fairness, and respect. Through their adventures, the four friends help children understand the meaning of justice, and the importance of doing the right thing in every aspect of their lives.

All the episodes of the animated series are available online and can be used by teachers and parents around the world (in some countries, the series will be broadcast on national television). In addition, The Zorbs will soon also feature in a series of comic books, in a comic creator tool app named 'Zorbify,' and in a children's book. All these resources contribute to the achievement of SDGs 4, 5, 10 and 16, and are part of E4J's varied portfolio of innovative, educational tools.