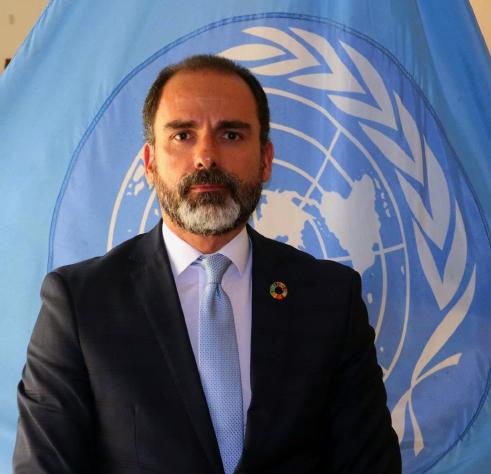 Prior to his new assignment, Dr. de Andrés served as Representative of the UNODC Regional Office for Eastern Africa (ROEA). In that capacity, he had successfully negotiated and implemented substantial programmes to help advance UNODC's work in the region and has effectively positioned UNODC in the context of the UN Development System Reform.

Dr. de Andrés joined UNODC in 2004 as the Programme Manager in Dakar in the Regional Office for West and Central Africa in Senegal (ROSEN). Since then, he has held various positions within UNODC, including: Representative of the Regional Office for Central America and the Caribbean in Panama (ROPAN); Team Leader of the Latin America and the Caribbean Team; and Drug Control and Crime Prevention Officer with the same team at UNODC headquarters in Vienna.
Before joining UNODC, Dr. de Andrés worked for the United Nations Mission in Kosovo (UNMIK), the World Bank, the European Commission and Samsung.
Amado holds a Ph.D. in International Law from the University of Michigan, USA and a master's degree in Public Administration from the College of Europe, Belgium. He is fluent in English, French and Spanish and has a knowledge of Portuguese.