Raising standards in Ghanaian Prisons: UNODC and US Embassy donate 500 mattresses to facilities across the country 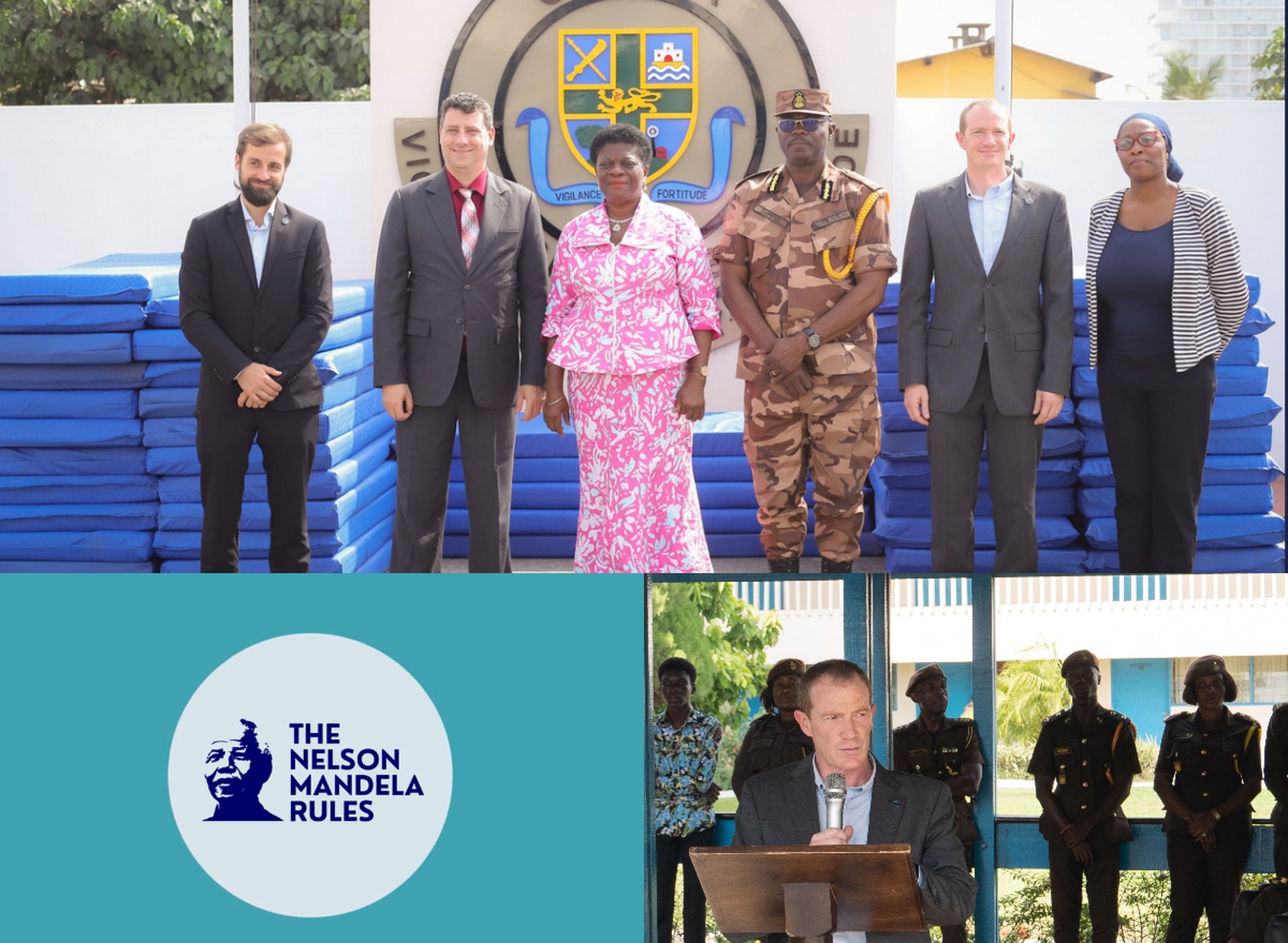 “All prisoners shall be treated with respect due to their inherent dignity and value as human beings.” This principle is embedded in the UN Standard Minimum Rules for the Treatment of Prisoners. These rules – also known as the Nelson Mandela Rules – provide the blueprint for good, rights-respecting prison management for all of the United Nations’ Member States. As well as preserving humanity on both sides of the bars, the Rules provide a foundation for prisons to better rehabilitate prisoners, making all of us safer.

The United Nations Office on Drugs and Crime (UNODC) serves as the custodian of the Nelson Mandela Rules and other international standards and norms in the field of prison reform and is helping Member States to put the Rules into practice on national level.

The Nelson Mandela Rules in Ghana

With the generous funding of the U.S. Government, UNODC and the Ghana Prisons Service are currently implementing a three-year project aimed at strengthening the prison administration’s capacity to comply with the Rules. One of the first key interventions undertaken in 2023 as part of the project has been to donate 500 mattresses to the Ghana Prisons Service, which have been distributed to prisoners in Nsawam, Sunyani, Ankaful and Kumasi. The event was attended by the Chief of the Political Section of the US Embassy, Mr. Christopher J. Gunning, the Chief Director of the Ministry of Interior Mrs. Adelaide Anno-Kumi, the Director General of Prisons Mr. Isaac Kofi Egyir, UNODC officials and prison officers of the Ghana Prisons Service.

Why mattresses? The Nelson Mandela Rules outline that “Every prisoner shall, in accordance with local or national standards, be provided with a separate bed and with separate and sufficient bedding which shall be clean when issued, kept in good order and changed often enough to ensure its cleanliness.” 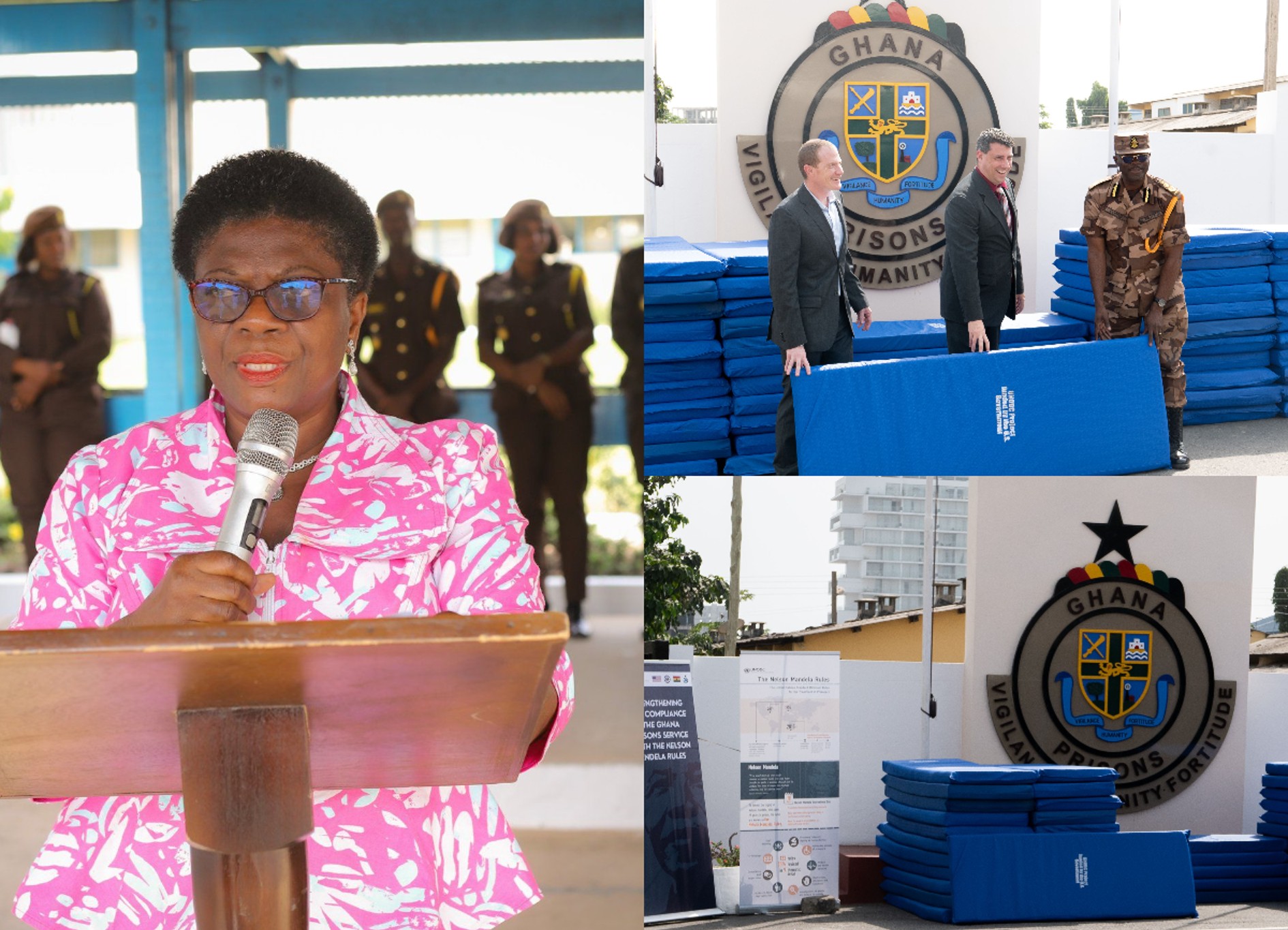 More to be done
During the handing over ceremony, UNODC Project Coordinator Mr. Andres Bascones, explained that the donation is the first of several events; additional procurement, infrastructure support and capacity building to the Ghana Prisons Service will be provided during the year.  He stressed, however, that the support offered by UNODC will remain a drop in the bucket without the support of other actors and urged the government, other international agencies, non-governmental organizations (NGOs), private companies and individuals to continue and upscale their support to the prisons of Ghana, as safe, secure and humane prisons in line with human rights can only be achieved through a joint effort. Government and community must work hand in hand to facilitate the rehabilitation of offenders, with knock-on benefits for the safety of society as a whole.
The Chief of the Political Section of the US Embassy, Mr. Christopher Gunning congratulated the Ghanaian Government for its current work on a draft for a Community Service Bill, which he deems as an important step towards introducing efficient alternatives to imprisonment in line with international standards and norms and best practices. Equally addressing legal reforms, the Chief Director of the Ministry of Interior Mrs. Adelaide Anno-Kumi, thanked UNODC for its assistance in drafting a new Prisons Service Bill, which is currently being reviewed by the respective ministry.
With thanks to our donors, the Bureau of International Narcotics and Law Enforcement Affairs and the U.S. Department of State.
Find out more