03 April 2019 - The enthusiasm of hundreds of participating students was palpable at the opening ceremony of the first-ever Tashkent International Model United Nations (TIMUN) held in Uzbekistan. Co-organized last week jointly with UNODC's Education for Justice initiative (E4J) and the Westminster International University in Tashkent (WIUT), this MUN was the first to tackle a CCPCJ (Commission on Crime Prevention and Criminal Justice) simulation, following E4J's MUN Resource Guide. 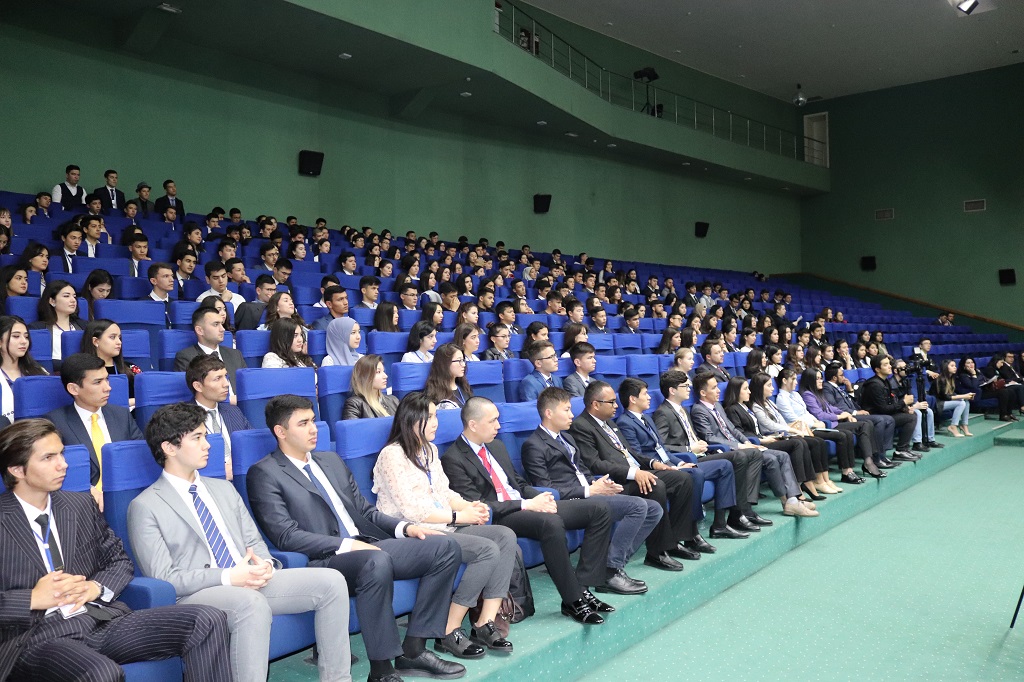 Over 150 students from all over the world joined more than 250 Uzbek students from 15 universities in the country for the event, which WIUT has been organizing regularly for the past six years, seeing its popularity increase and attendance skyrocket from a mere 35 delegates initially. As the rector of WIUT, Komiljon Karimov, commented in his welcome address at the opening ceremony, held at Tashkent's well-known and aptly named Palace of Youth Creativity: "MUN is a bridge between the United Nations and students, allowing youth to have an open dialogue on the range of complex issues, and to propose their own solutions for tackling global problems." Mr. Karimov added: "This year, TIMUN is held in honor of the Global Programme for the Implementation of the Doha Declaration, to promote its Education for Justice initiative." 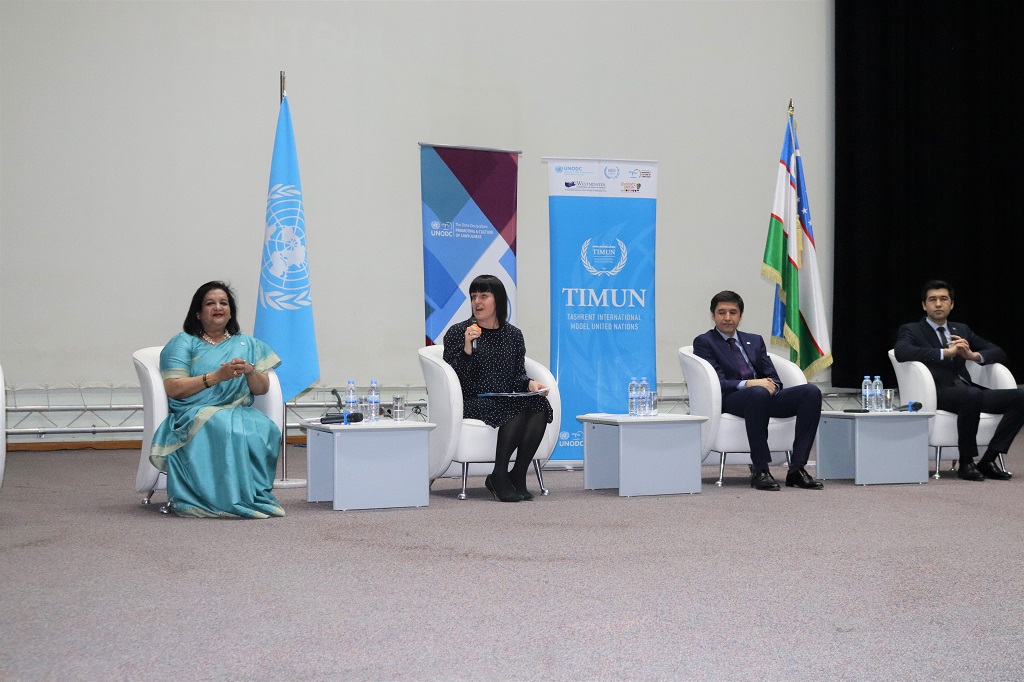 Guidelines developed for the conference included sessions addressing crime prevention, criminal justice and other aspects of the rule of law, based on E4J's unique Resource Guide. "UNODC is a global leader in the fight against illicit drugs, international crime and terrorism. In this regard, UNODC's Regional Office for Central Asia is committed to promoting rule of law and criminal justice, especially among youth. The current conference will equip the participants with knowledge and skills that would enable them to contribute to building peace, justice and strong institutions in their respective communities," explained Ashita Mittal, UNODC Regional Representative for Central Asia.

Indeed, TIMUN is now not only a popular avenue to learn about the United Nations, empowering youth in the field of international diplomacy, global politics, public speaking, leadership and effective negotiations, but it is also a platform to promote crime prevention and criminal justice issues into their simulations. Like other organizers which have begun to integrate CCPCJ into their events, WIUT joined the consensus on the appeal of the exercise, and on the invaluable help provided by the MUN Resource Guide since its successful launch just over a year ago.

CCPCJ simulations based on UNODC's E4J guidance have been increasing ( recently being held in Doha, The Hague and New York, for example), as have discussions on the challenges of achieving Sustainable Development Goal 16 (peace, justice and strong institutions) and the importance of using education as a tool for crime prevention. Young people around the world, regardless of their background and circumstances, are feeling more concerned and personally involved in these issues; they are therefore more eager to learn about the wide array of challenges to the rule of law, and to understand what it takes to promote a culture of lawfulness, which is at the heart of E4J's mission.